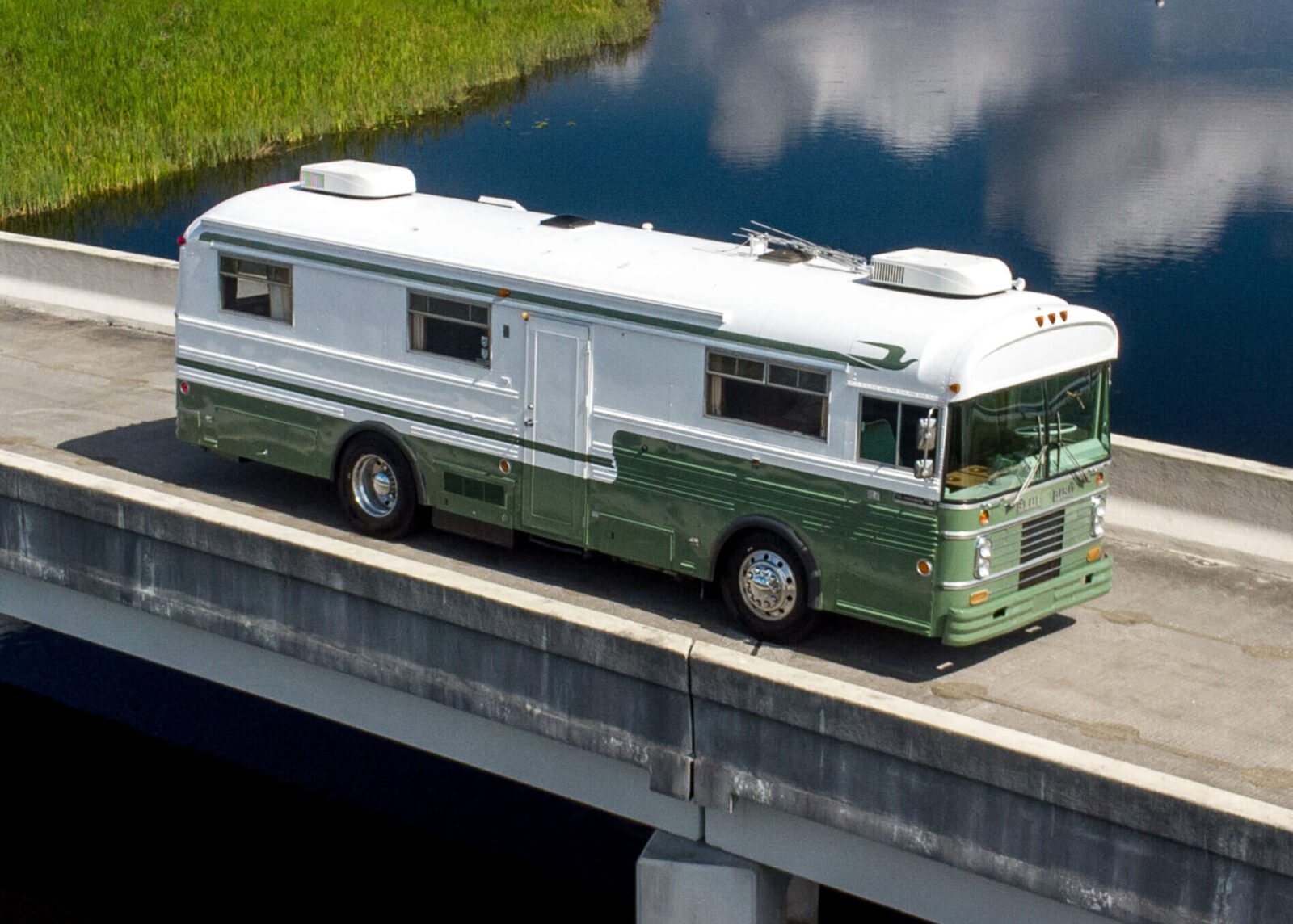 1969 is a highly desirable year for the Wanderlodge Blue Bird, just 9 were built that year and today collectors and enthusiasts consider them among the most prized. The story behind this particular Wanderlodge is perhaps a little more interesting than most, it was ordered new by executives at Stroehmann Bakeries for the princely sum of $48,000 USD – that’s approximately $349,280 USD in 2021 dollars.

It’s likely that Stroehmann Bakeries intended the Wanderlodge to be used by salespeople or executives as they travelled around the country, though they would never get the chance. The shareholders in the company were so outraged when they discovered the purchase price that they demanded the vehicle be sold immediately, which it was.

The new owners cherished the motorhome and they used it for an annual pilgrimage to the Daytona 500 between 1970 and 1999. These long term owners made the wise decision to keep the bus in original condition throughout, preserving its value well over the years.

When the Wanderlodge had originally been ordered by Stroehmann Bakeries it had been optioned with two single rear beds and two separate dinette areas, the only one ordered in this configuration. There is also an additional couch at the front of the bus that converts into a bunk bed which can accommodate an additional two people.

As you would expect the vehicle also has a small kitchette and a small bathroom, it has an onboard 6.5 Kw Onan generator and the interior light fittings have been fitted with LED bulbs to reduce power use. On the roof you’ll find more modern Coleman HVAC units to keep the occupants warm or cool as the climate requires, you’ll also find a roof deck with a cargo carrier and a life raft. I’m not 100% sure why there’s a life raft but you never know when it might come in handy.

The Origins Of The Wanderlodge

Interestingly the Blue Bird Body Company had originally started out as a school bus manufacturer and were one of the first to use all-steel construction. The company had been founded by Albert Luce Sir who sold both of his Ford dealerships and went full time with his school bus manufacturing operation, something he had been doing part time previously. 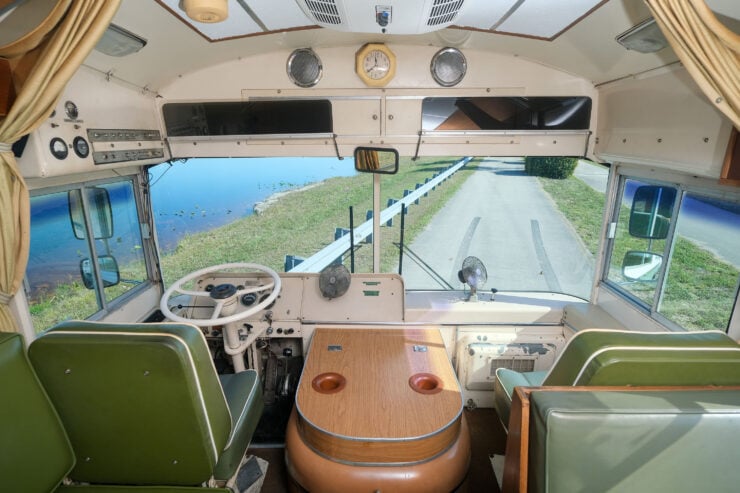 Above Image: The bus has two front seats (with cup holders) offering occupants expansive views of the countryside as it flits by.

School bus production took off and before long Blue Bird was one of the biggest bus builders in the country. By the 1960s they were looking to diversify and cash in on the rising popularity of recreational motor coaches, which led to the creation of the Wanderlodge Blue Bird.

The first Wanderlodge was built in 1963 as a promotional vehicle to test the waters, small number of orders began to trickle in but it wasn’t until the 1970s that the popularity of the model really took off. Each Wanderlodge was individually optioned by its owner so no two are identical, over the years they’ve been owned by everyone from retirees to celebrities and even heads of state.

The Wanderlodge you see here is fitted with the rare Ford FT 391 cu. in. V8 truck engine, this engine was a derivative of the Ford FE which was used in everything from the Ford GT40 Le Mans winning race cars to US Navy SEAL high speed assault boats.

This bus’ unusual interior arrangement will appeal to both collectors and those who actually want to use it for its intended purpose, it’s been carefully upgraded over time where needed but kept in largely original condition throughout.

The vehicle was given a respray in its original colors more recently and power is sent to the rear axle via an Allison MT40 six-speed automatic transmission.

If you’d like to read more about this unusual motor coach or register to bid you can click here to visit the listing on RM Sotheby’s. It has a price guide of $40,000 to $50,000 USD and the bidding is currently underway, bidding will close on the 26th of May. 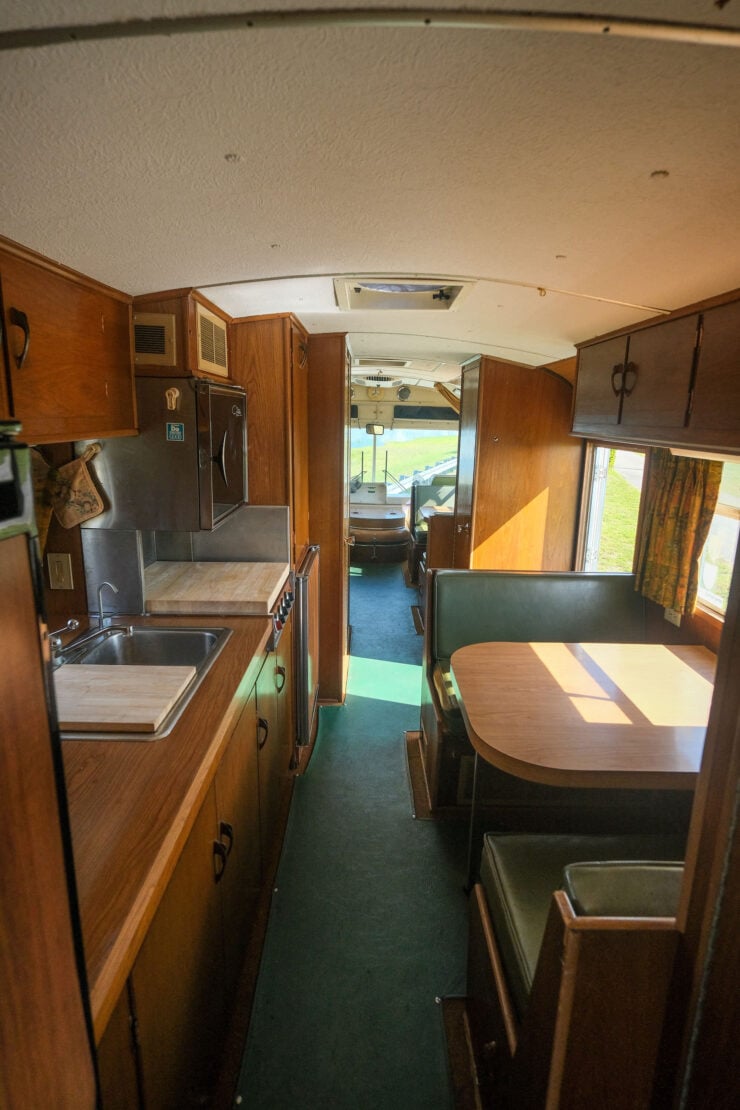 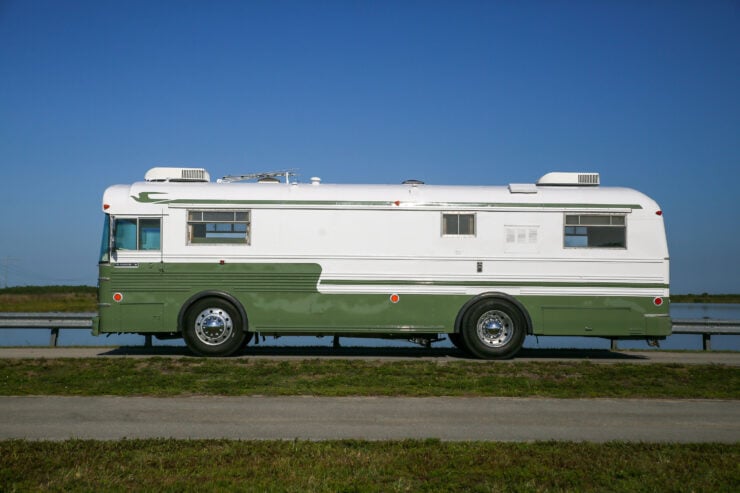 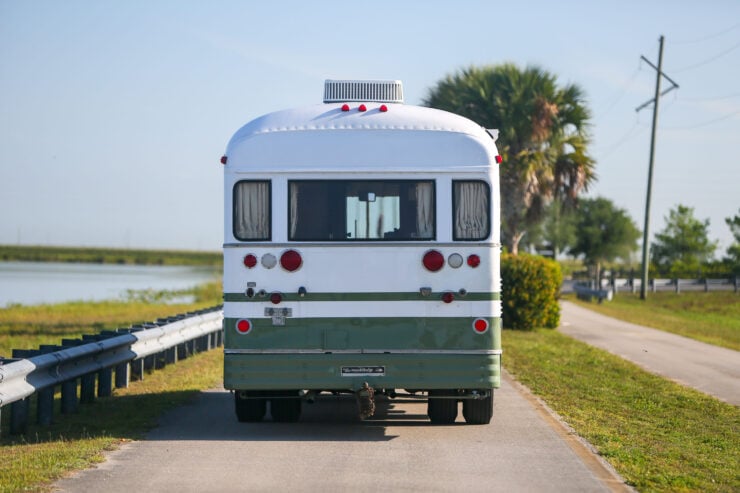 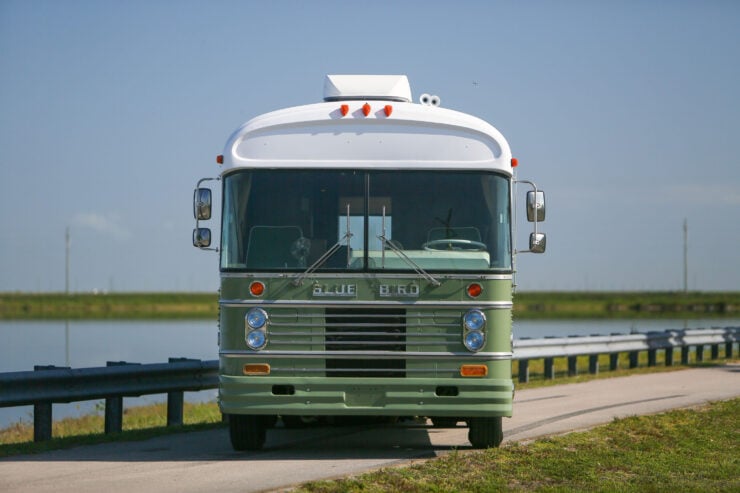 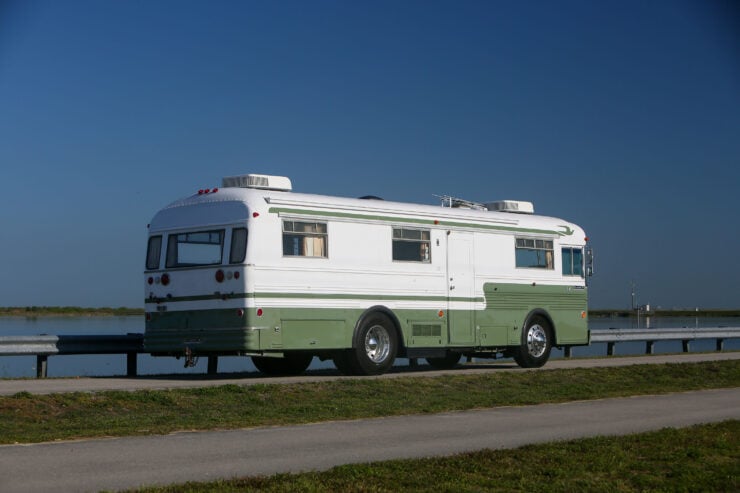 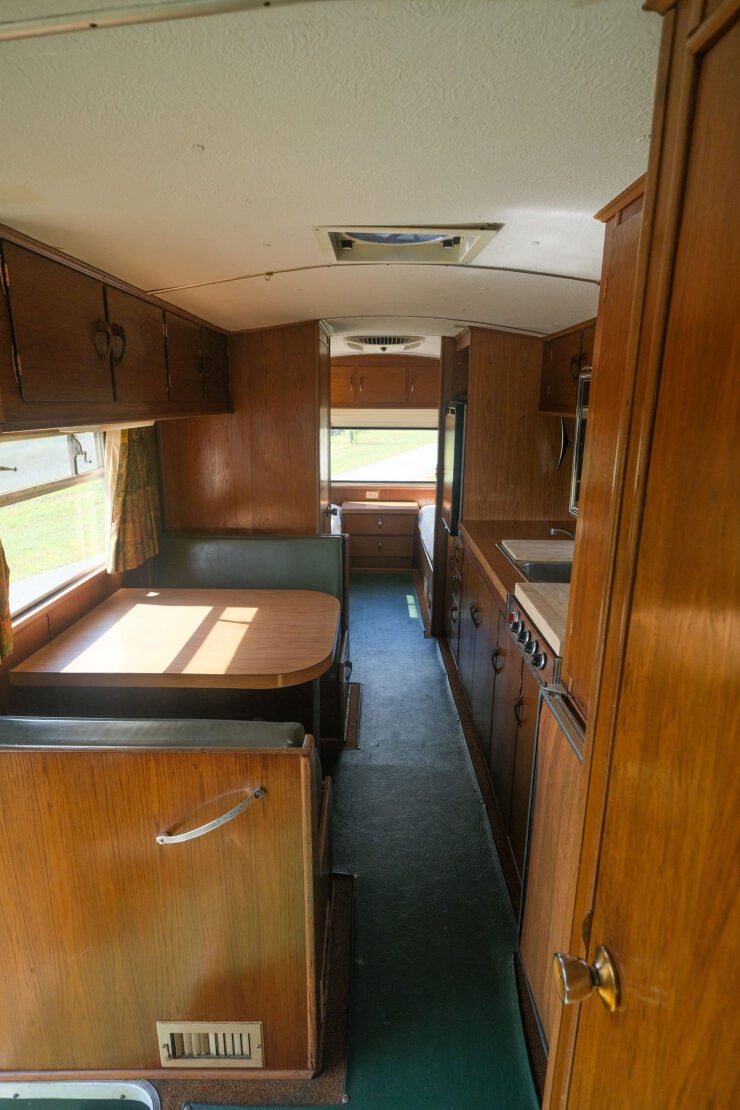 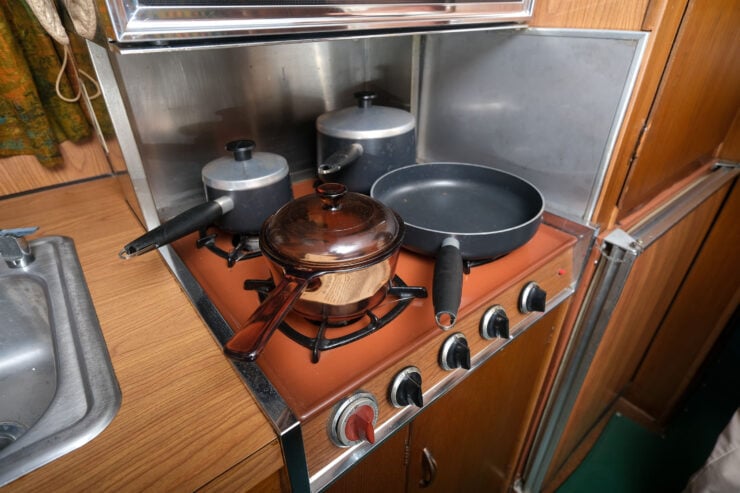 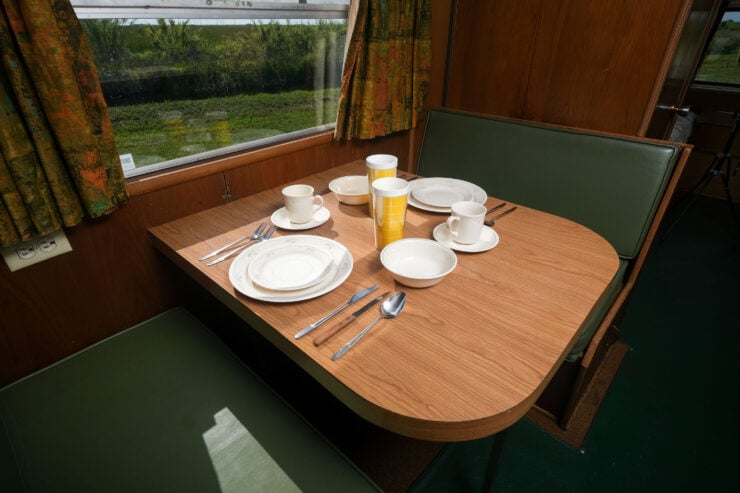 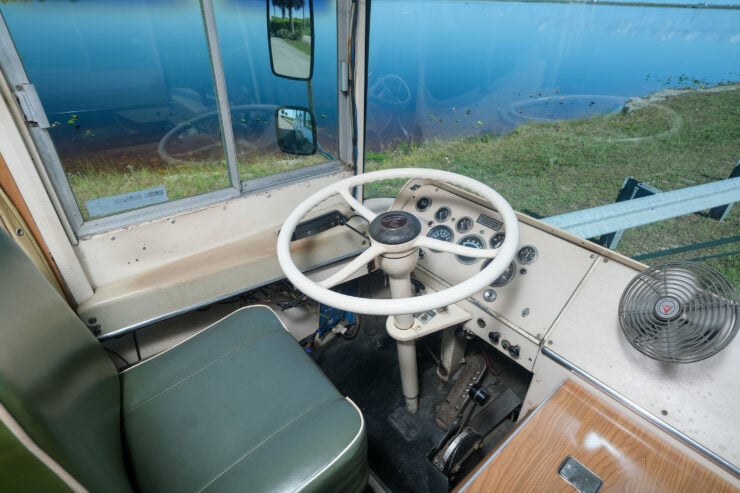 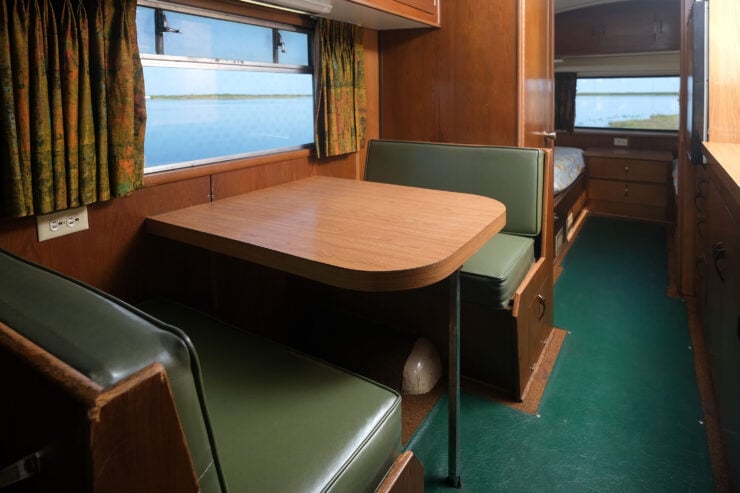 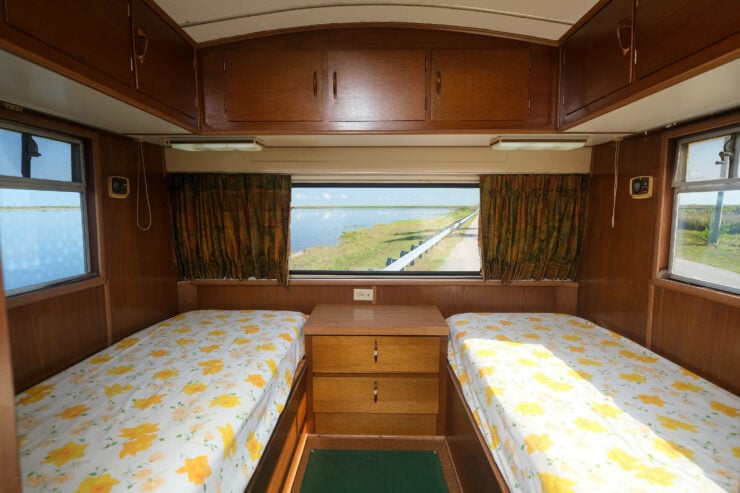 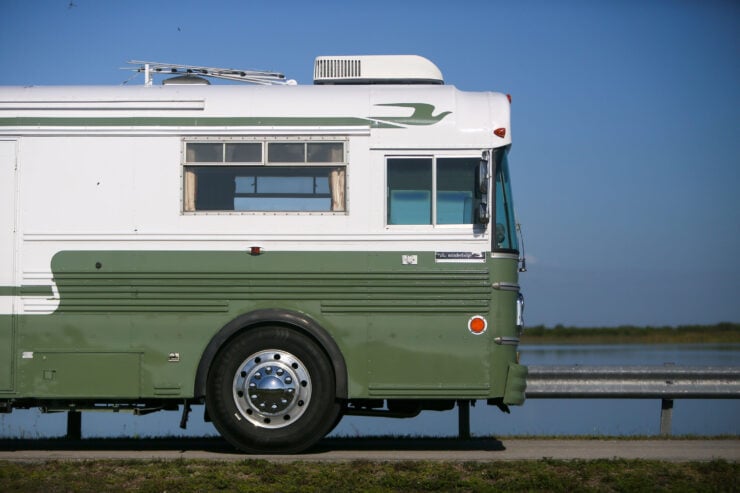 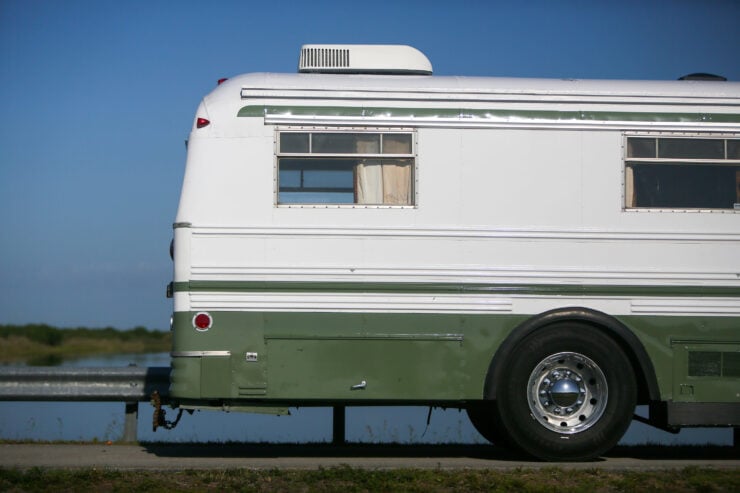 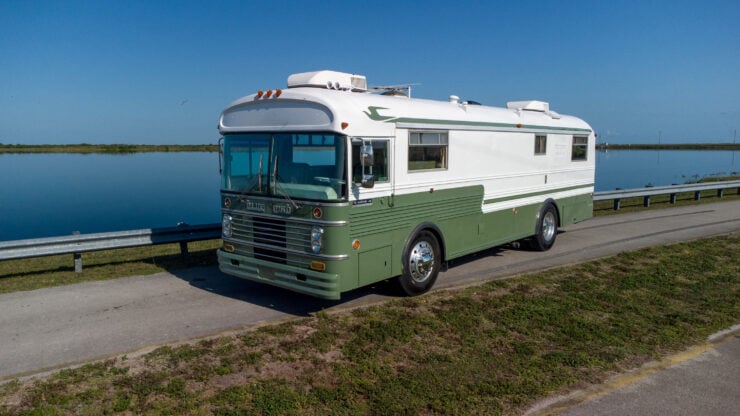 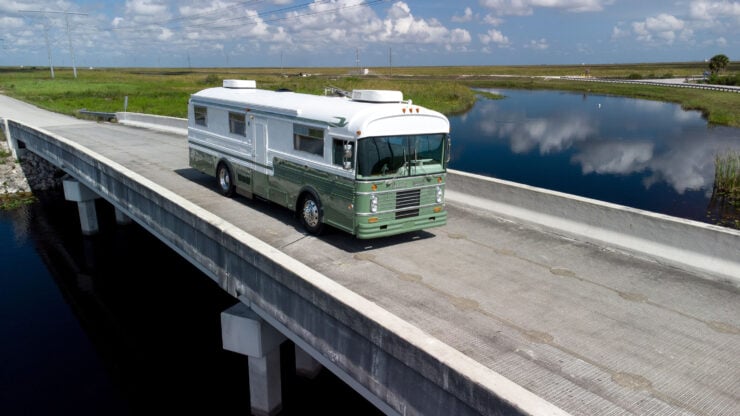 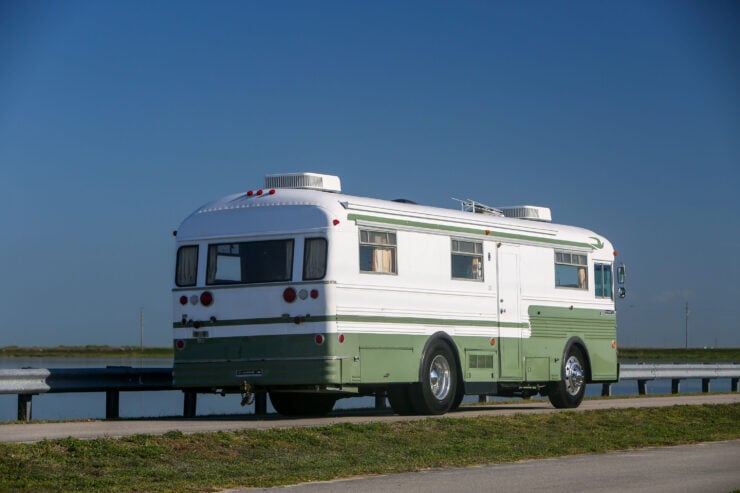 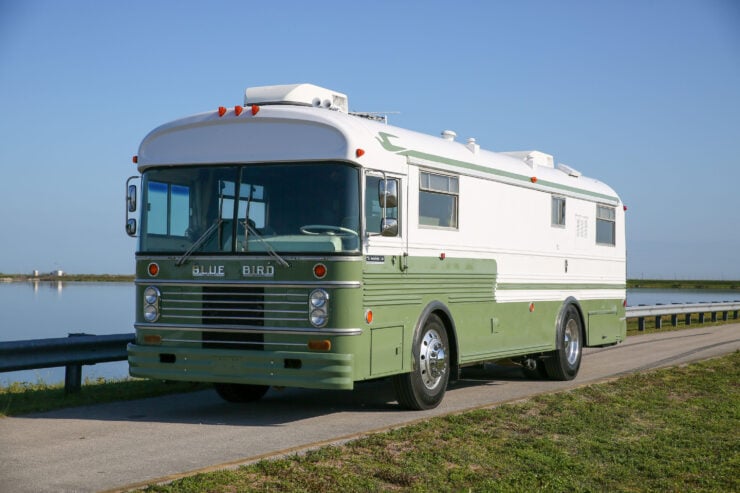 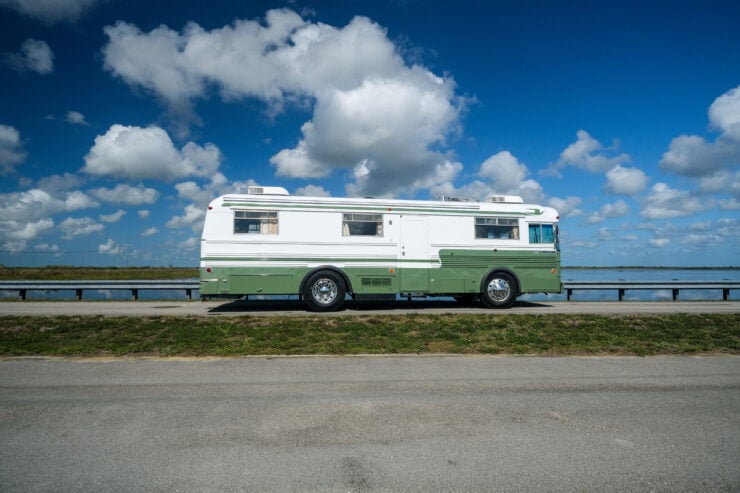 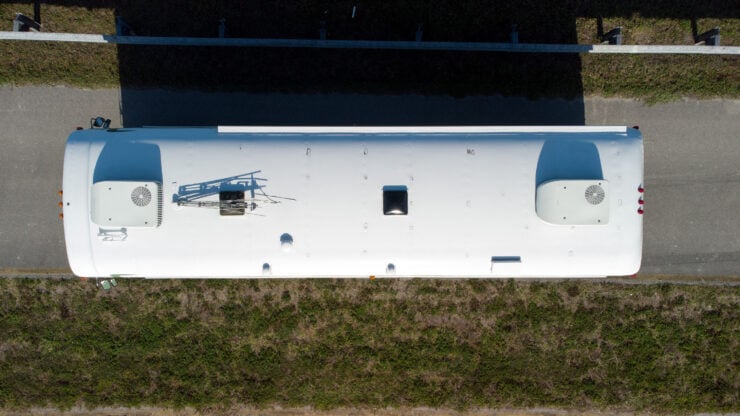 The Darrian T90 is a car that’s not particularly well-known outside of British motor racing circles, though this seems a shame given the extraordinary David vs Goliath achievements enjoyed by the unusual performance car. Darrian…