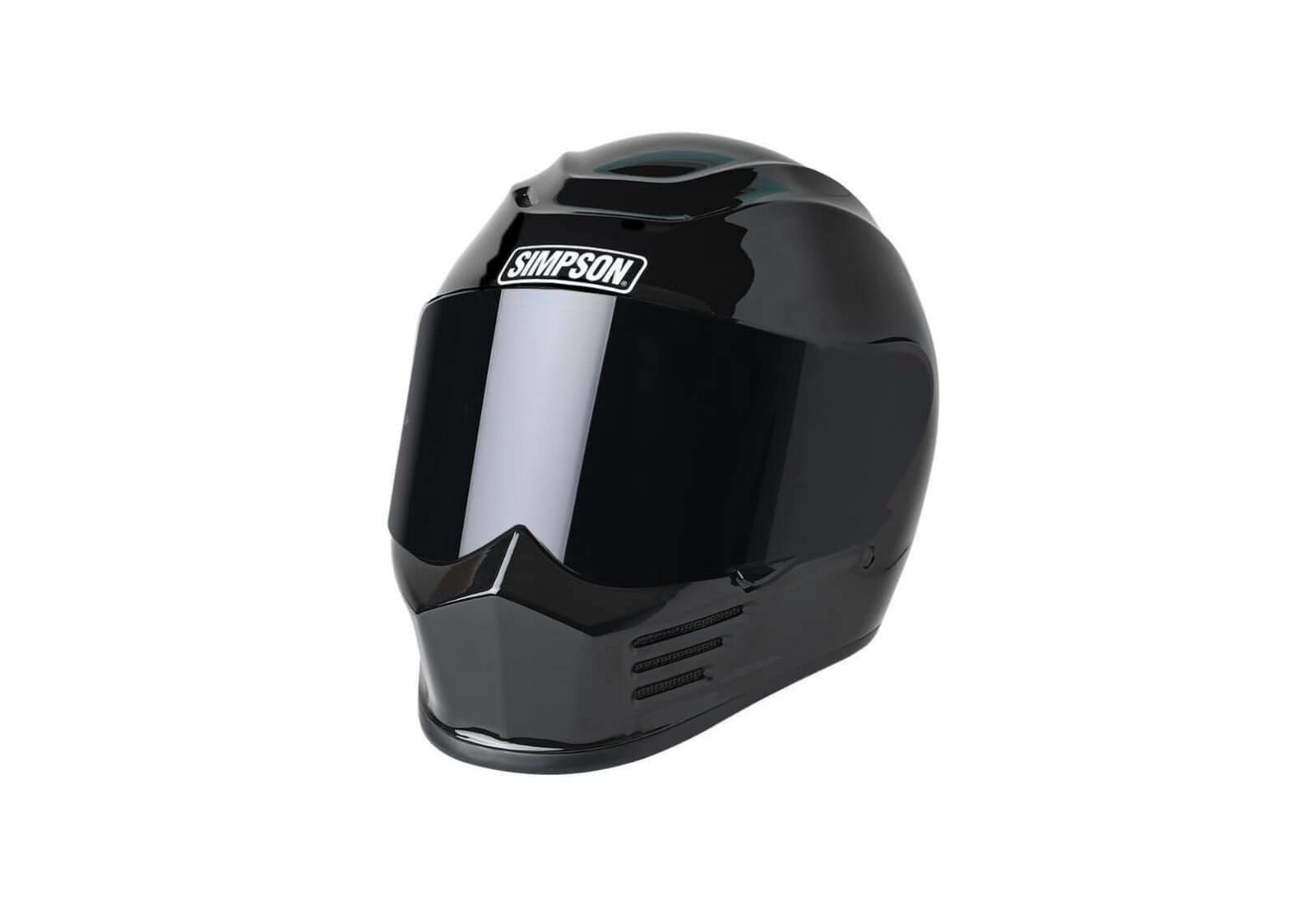 This is the new Simpson Speed Bandit motorcycle helmet, it features the the Simpson “Speed Brow” which helps to keep wearers cool using an interesting low-pressure venturi system to suck air out of the top helmet.

The Speed Bandit is both FMVSS 218 DOT (USA) approved and ECE 22.05 (Europe) certified, this also means it’s legal to use in all other jurisdictions that accept these certifications. The helmet has a lightweight thermo-injected polycarbonate shell with an impact absorbing EPS liner, and the shell comes in three sizes to ensure you get the correct size for your head.

The Simpson “Speed Brow” works with a series of lower vents in the chin bar and back of the helmet to keep air moving through the inside of the helmet, reducing heat and moisture build up which can be a significant problem in warmer climates.

The helmet has an ultra-wide face port for optimal visibility, with a variety of Simpson pinlock shields available including chrome mirror, dark smoke, and Iridium – the helmets come as standard with a clear shield. The shields all have four available positions and a locking feature.

Inside the Simpson Speed Bandit you’ll find a padded, washable, removable liner and speaker cut outs suitable for a wide variety of communication systems. The helmet comes in six sizes from XS to XXL and they’re fastened using the traditional double D-ring system. 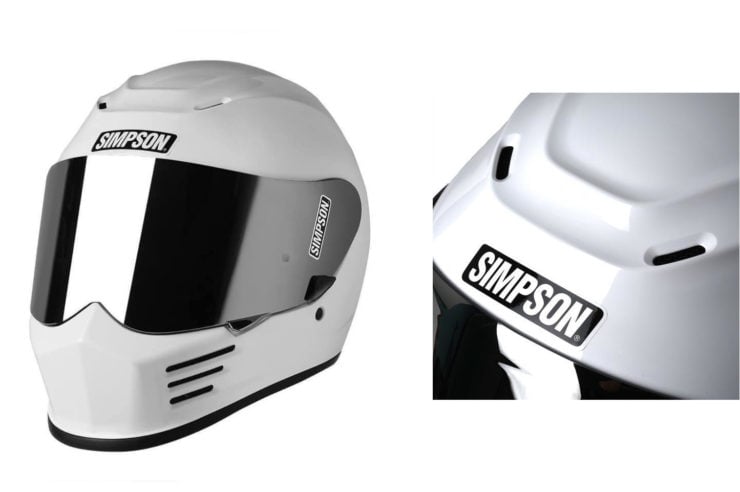 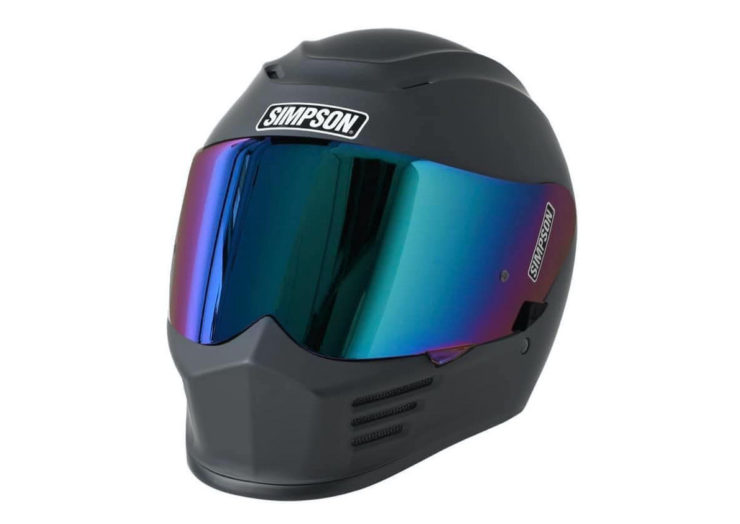