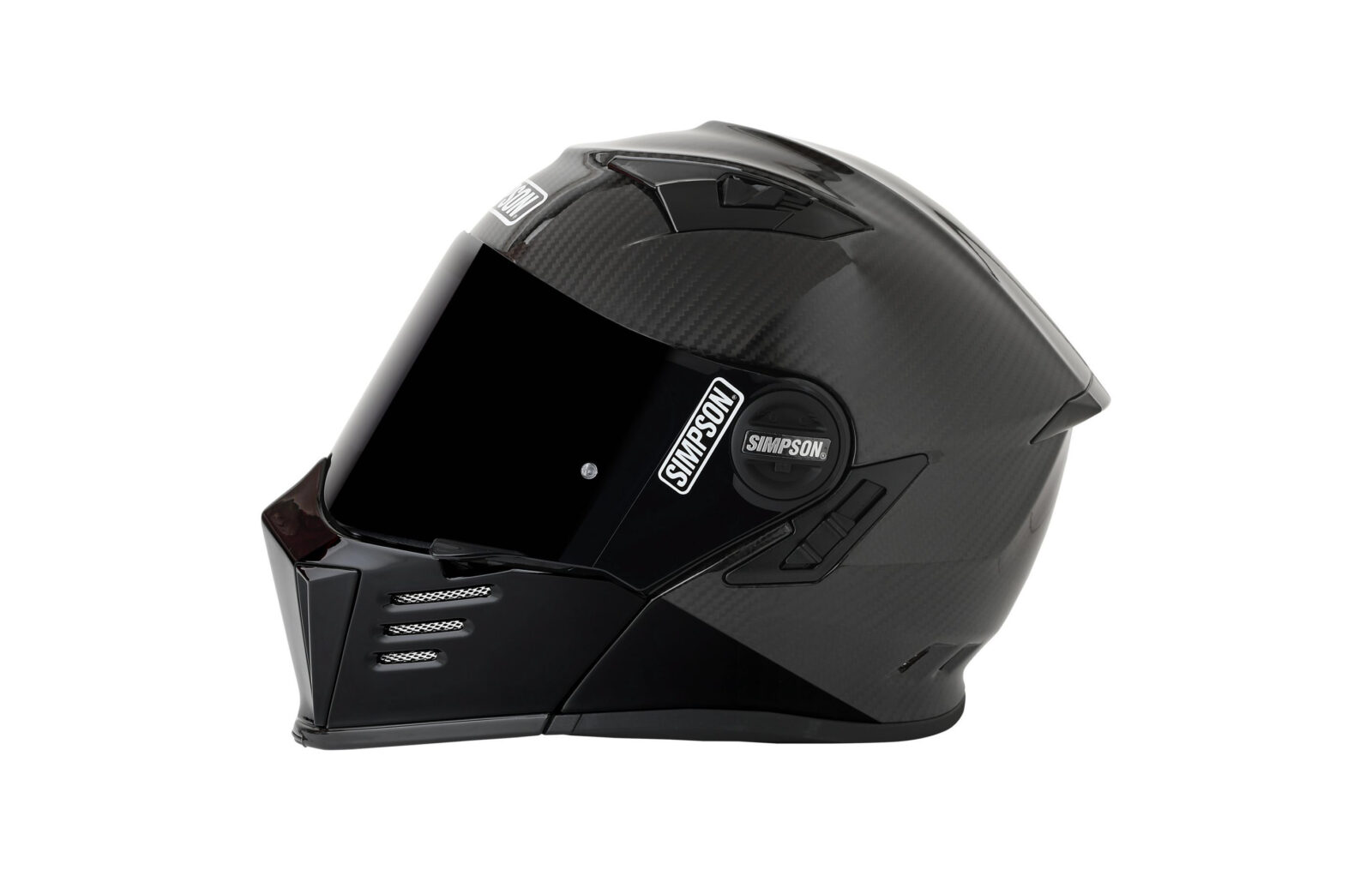 The Simpson Mod Bandit Carbon Helmet is the carbon fibre version of the hugely popular Simpson Mod Bandit helmet series, featuring a modern and ultra-lightweight shell and the same wind tunnel tested design that’s been winning the helmet fans around the world.

As a modular helmet, the Simpson Mod Bandit offers the best of both worlds – full face safety when you need it, and open face air flow when you’re stuck in traffic or travelling at lower speeds in urban environments. The modular mechanism features a metal chin bar and locking components for strength and safety, and the helmet has been both DOT and ECE certified. 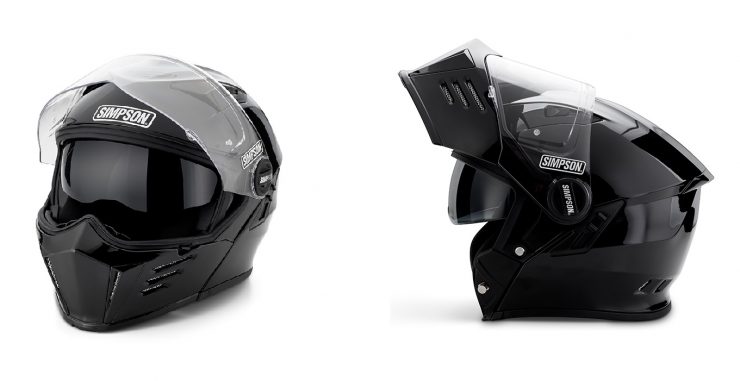 Above Image: The non-carbon version of the Mod Bandit, showing the modular system and flip down visor used on both the carbon and non-carbon helmets.

The Mod Bandit helmet series has an internal tinted visor that can be flipped down with one hand when you need it – it’s far easier than stopping to put on sunglasses. There’s a traditional flip up protective clear shield that’s removable without needing tools, and there are integrated speaker and boom microphone pockets. 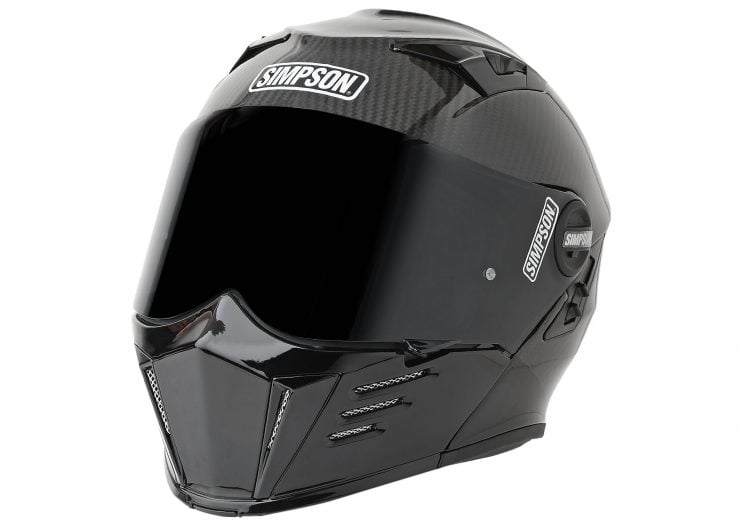 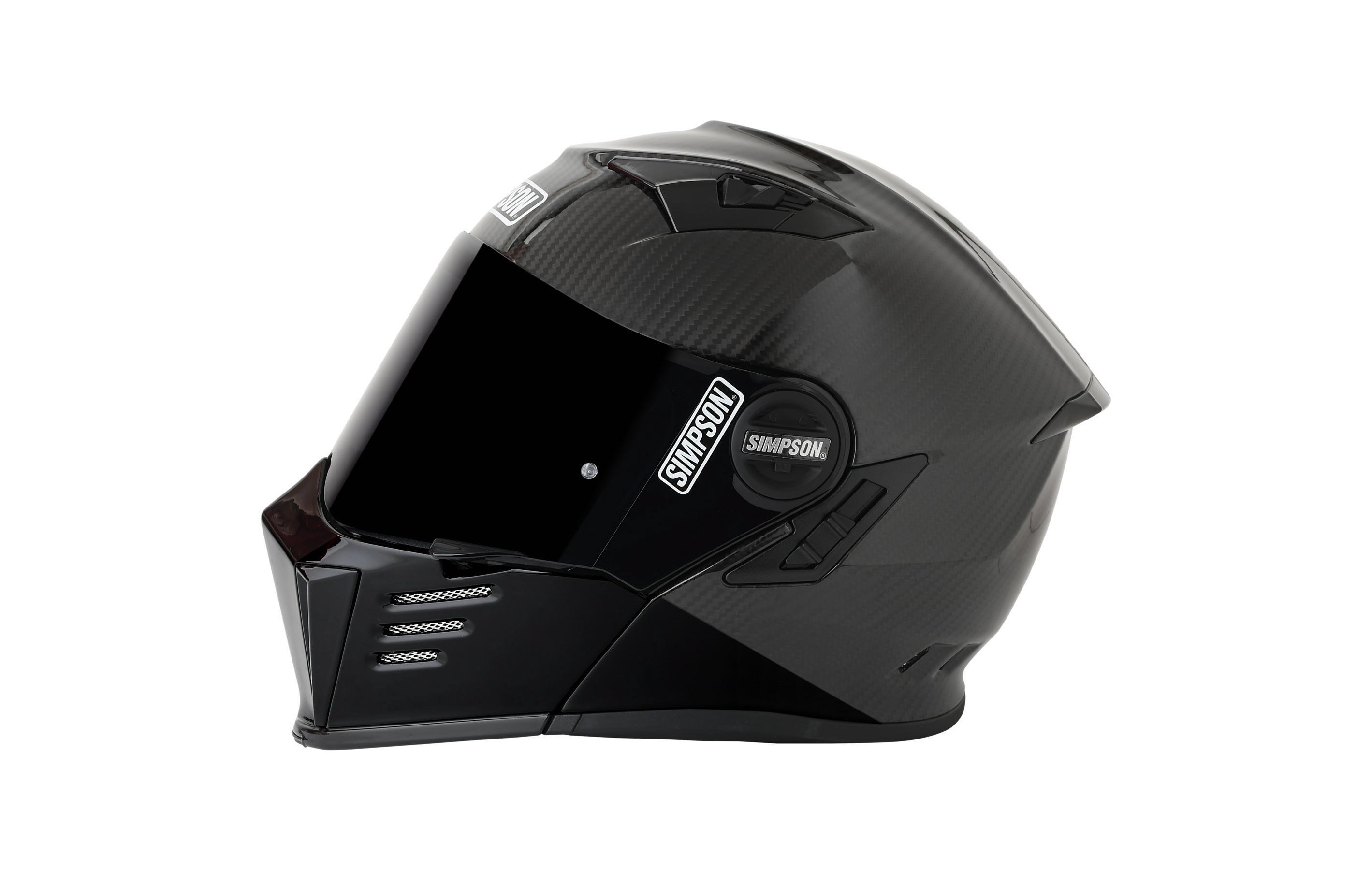