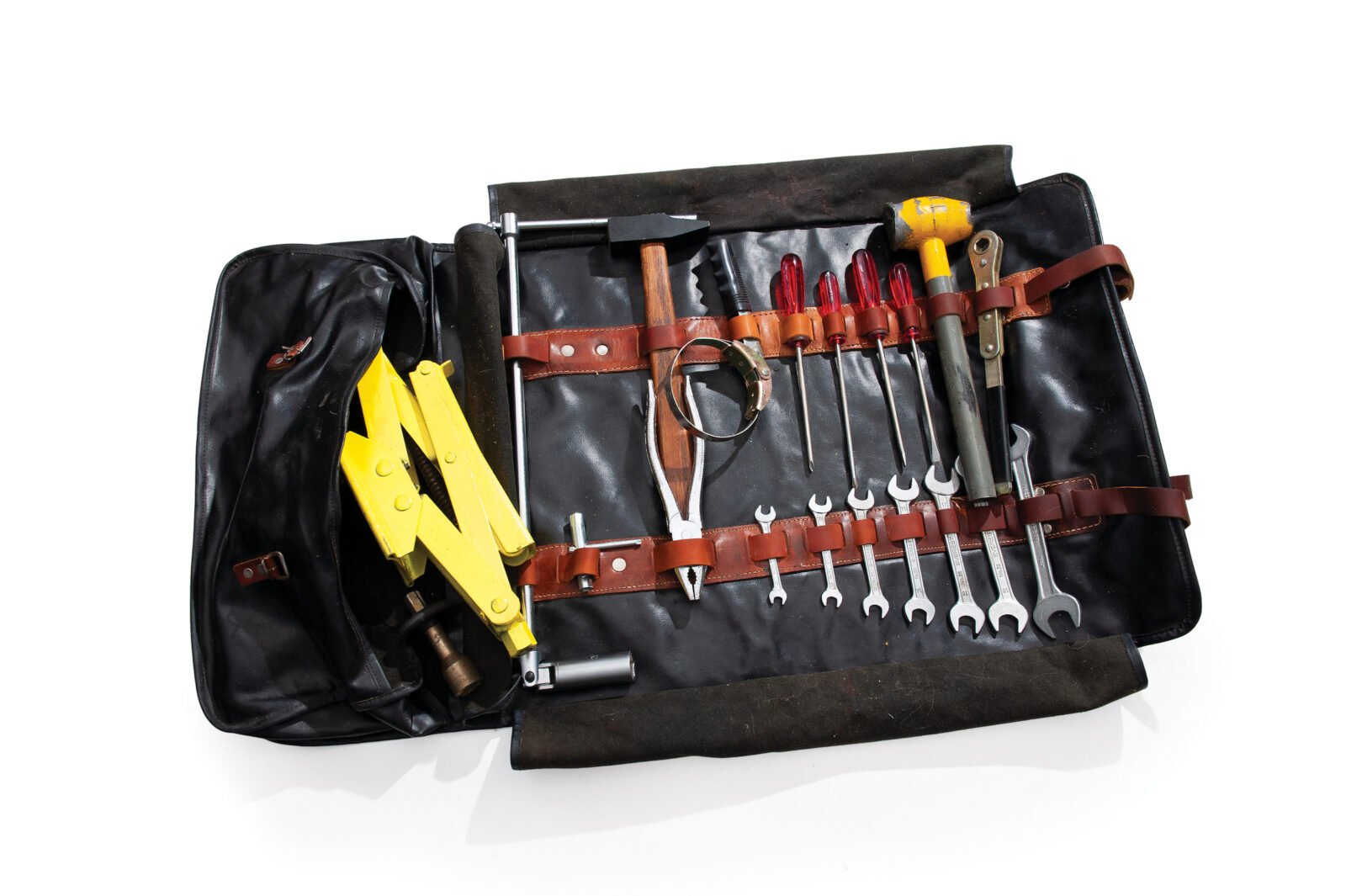 This is an original Ferrari 365 GTB/4 Daytona tool kit, it comes from a time when cars would often come from the manufacturer with tool rolls that owners could use to perform basic maintenance on their own cars. This is almost unheard of nowadays of course, and most modern engine bays have large plastic covers over the engine, we assume to protect it from enthusiast owners.

The Ferrari 365 GTB/4 was never officially called the “Daytona” in period, in fact Ferrari themselves still only use the term sparingly. The 365 GTB/4 has one of the most celebrated designs of the era, penned by the great Leonardo Fioravanti at Pininfarina.

The biggest task for the 365 GTB/4 when it was released in 1968 was to take the fight to the upstarts at Lamborghini and their mid-engined Miura which had been released two years earlier in 1966. It was no accident that the top speed of the Daytona was 174 mph vs 171 mph for the Lamborghini.

This tool kit appears to be 100% complete, original Ferrari tool rolls like this are in significant demand with collectors, as it’s vital to have the correct toll roll for your car before entering it at a concours event or other classic car show.

The tool roll includes a jack, a spark plug wrench, four spark plugs, seven wrenches, a lead knock-off wheel hammer, an oil filter wrench, a pair of pliers, and a few other tools to help you perform basic maintenance tasks on your Daytona and its 4.4 litre Colombo V12.

RM Sotheby’s estimate the value of this kit at €7,500 to €10,000, if you’d like to read more about it or register to bid you can click here to visit the listing. 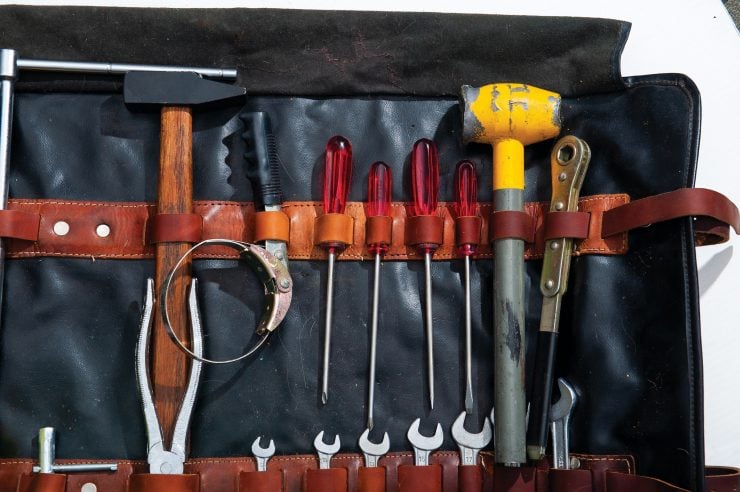 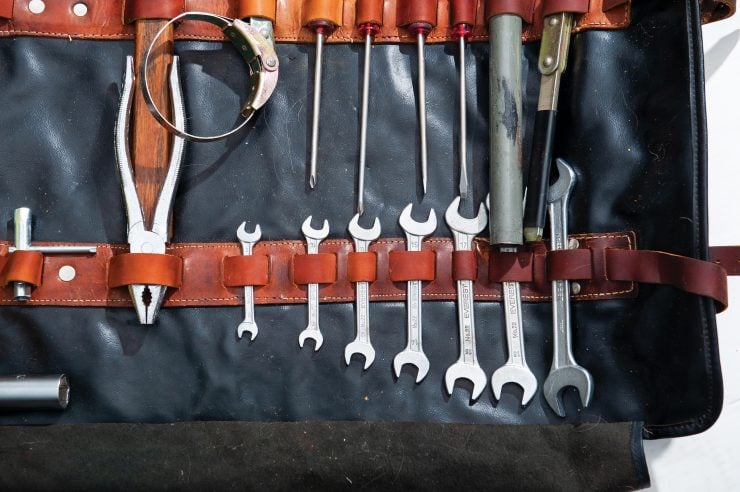 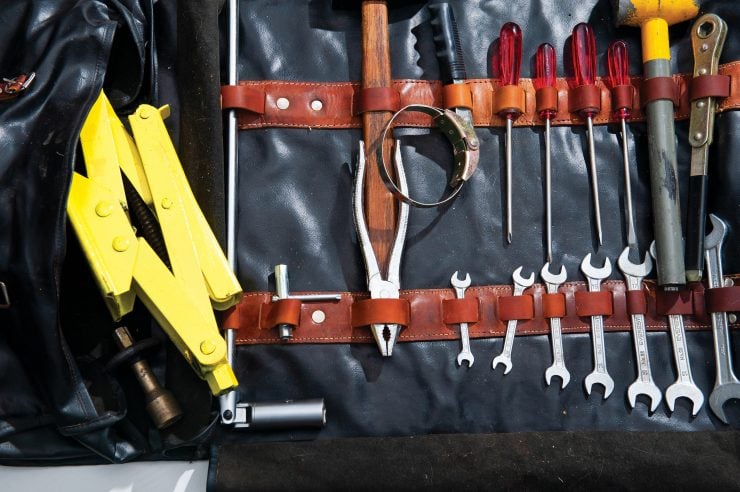 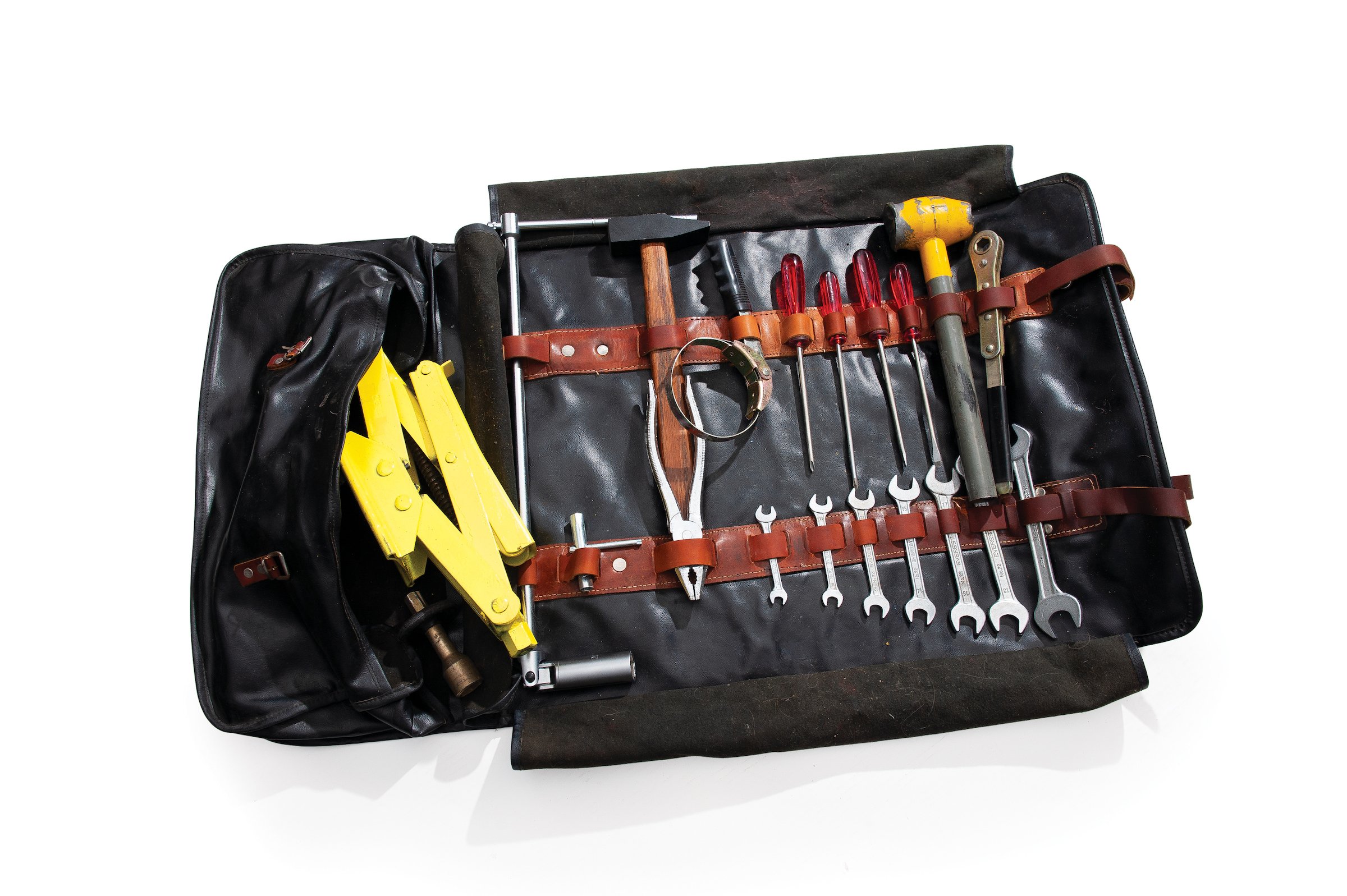