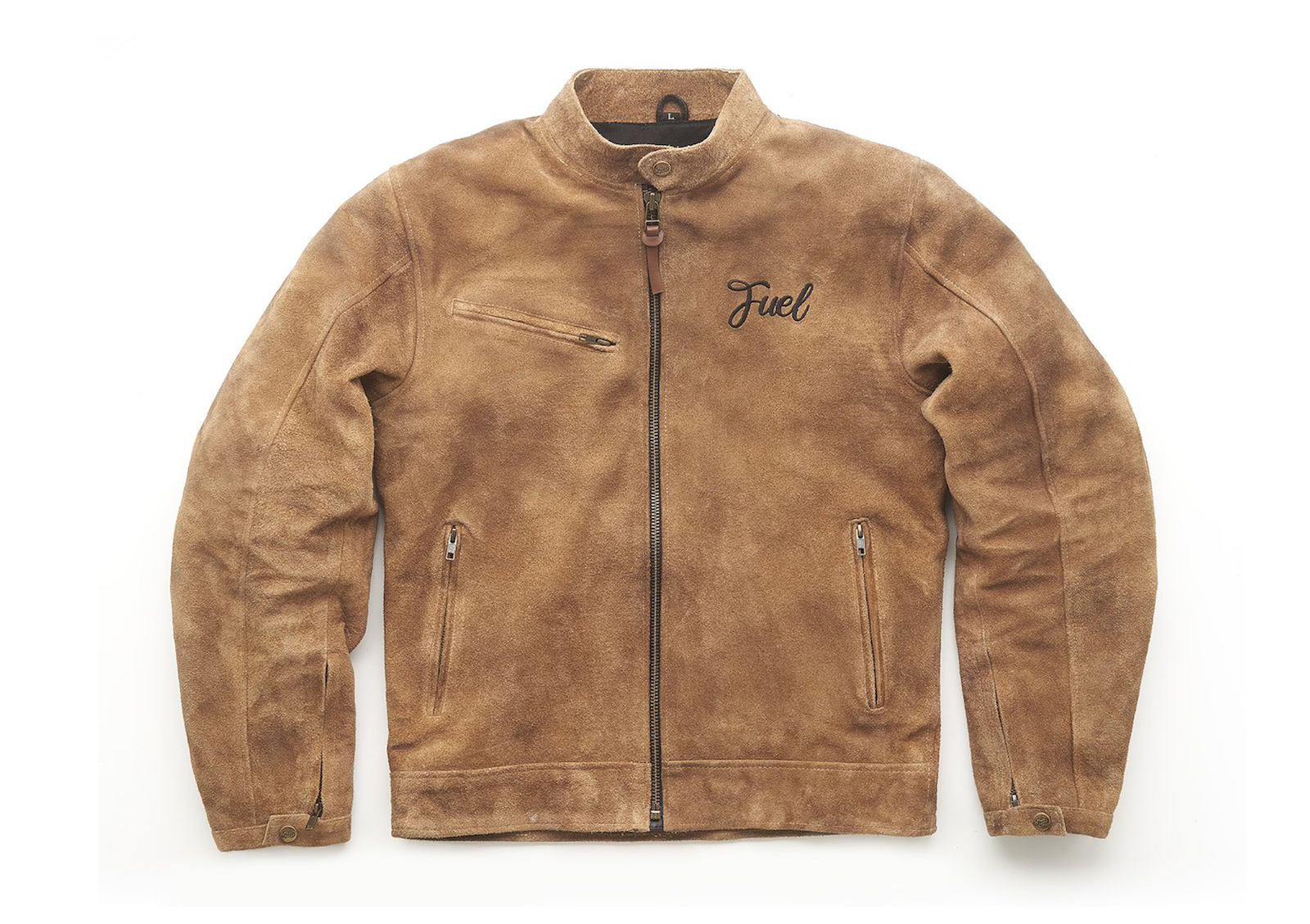 This is the new Sidewaze motorcycle jacket from Fuel, it’s been designed in a style reminiscent of the jackets worn by flat track racers back in the sport’s heyday, and it’s made from 100%full grain buffalo leather.

Buffalo leather is well-suited to use in motorcycle apparel due to the fact that it’s generally thicker and more abrasion resistant than the more traditional cowhide. If cared for buffalo leather can last a lifetime or longer, and it gives motorcyclists the added peace of mind that it’s unlikely to wear through if they find themselves sliding along the asphalt.

The team at Fuel are based in Barcelona, Spain. The company has a history of building world class motorcycles and they created the annual Scram Africa Rally, a 2,500 km motorcycle trip across North Africa including both mountainous  terrain and the sand dunes of the Sahara. 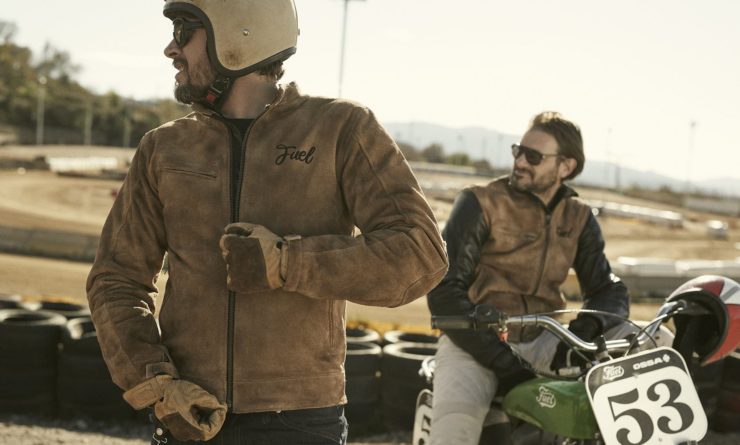 The Sidewaze motorcycle jacket has a traditional cut with pre-curved sleeves and pleats at the shoulders and back to allow for a comfortable riding position.

The suede undergoes a waxing treatment to ensure it’s water and dirt repellent, and the jacket uses YKK brass zippers throughout for longevity.

Fuel have integrated removable CE certified Level 2 body armour into the jacket and it uses nickel-free brass buttons. Inside you’ll find a 300 GSM 100% cotton twill lining for all-day comfort, it also has press stud cuffs and a press stud collar to avoid having them flap around in the wind. 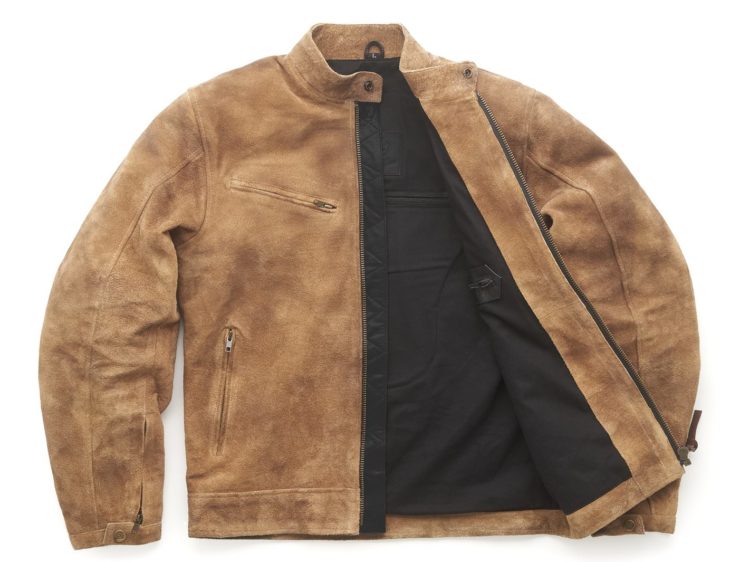 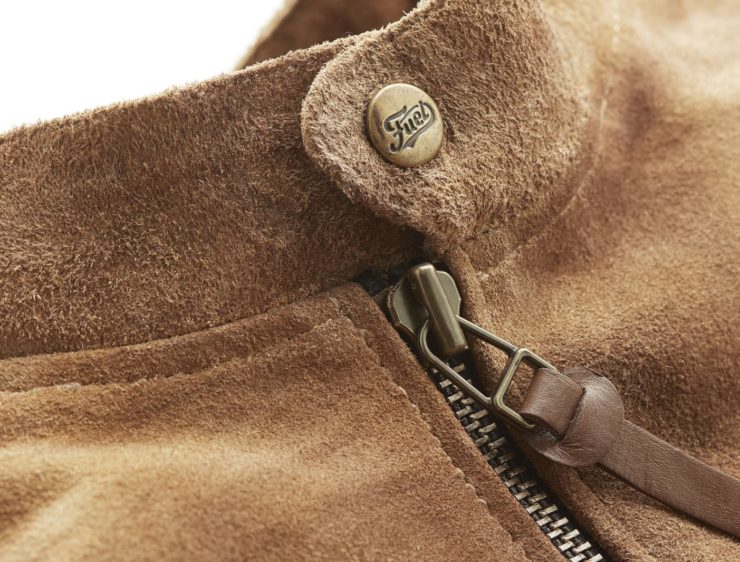 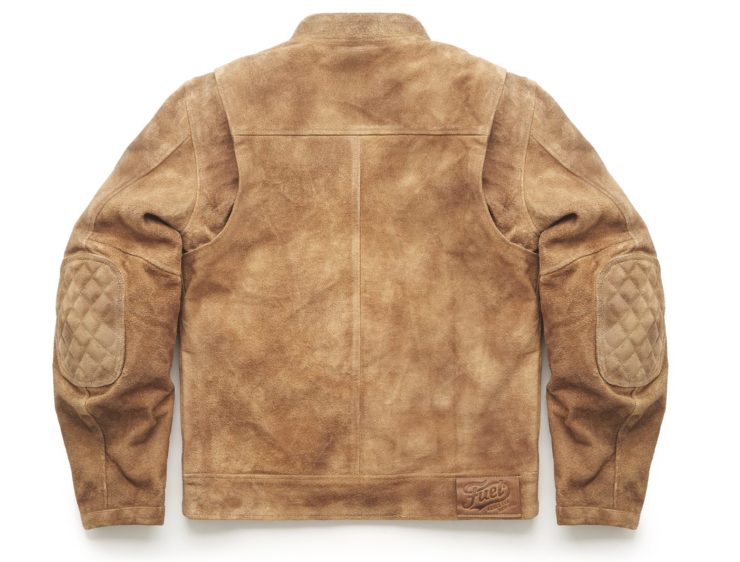 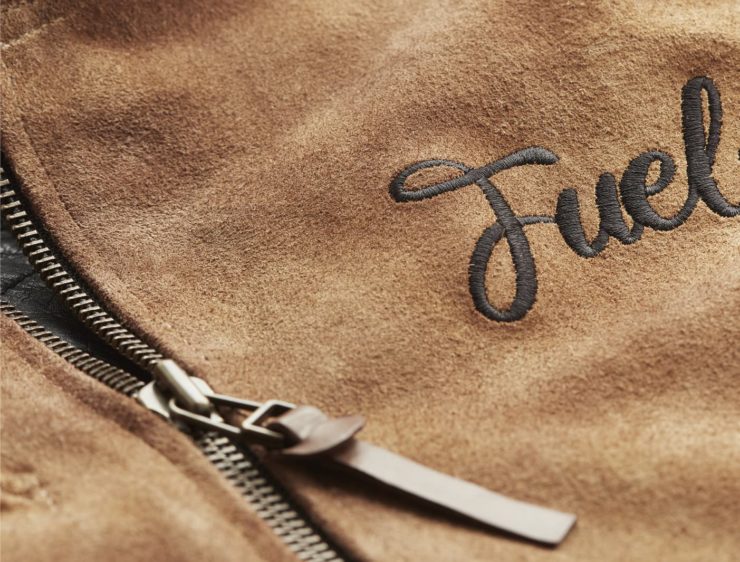 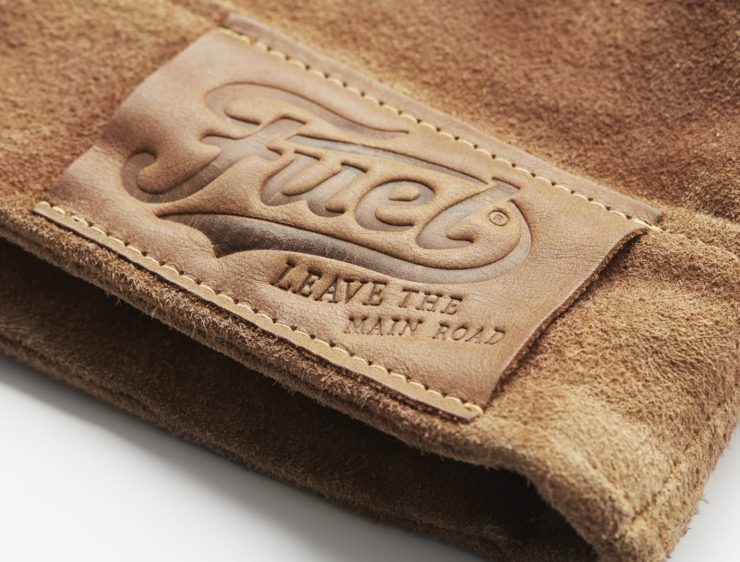 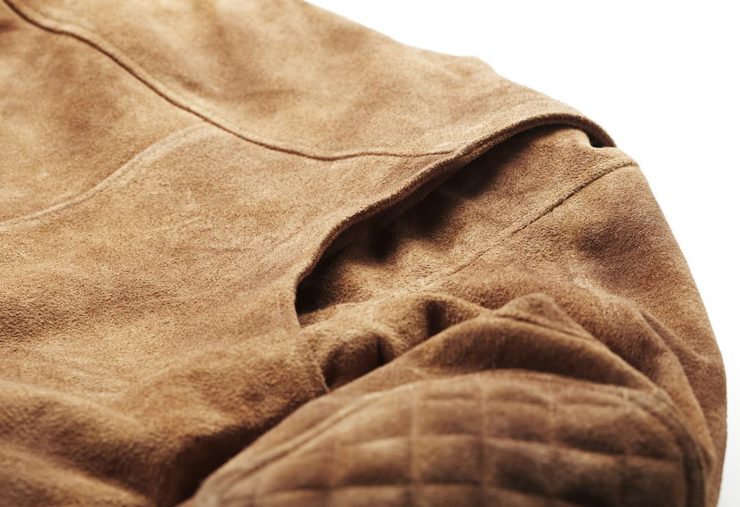 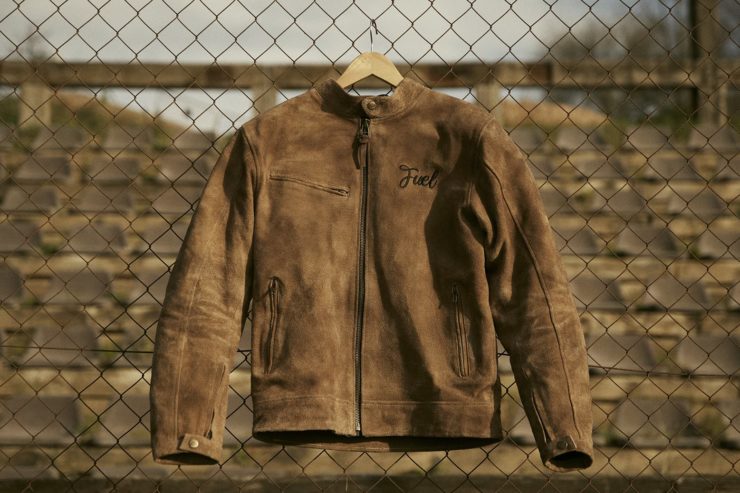 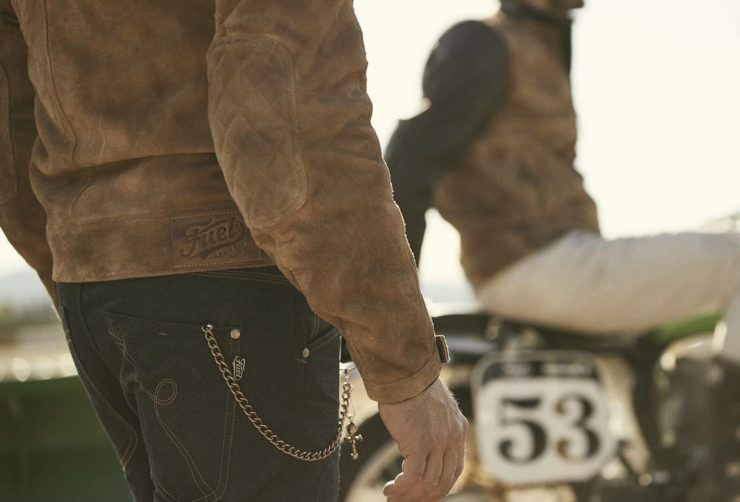