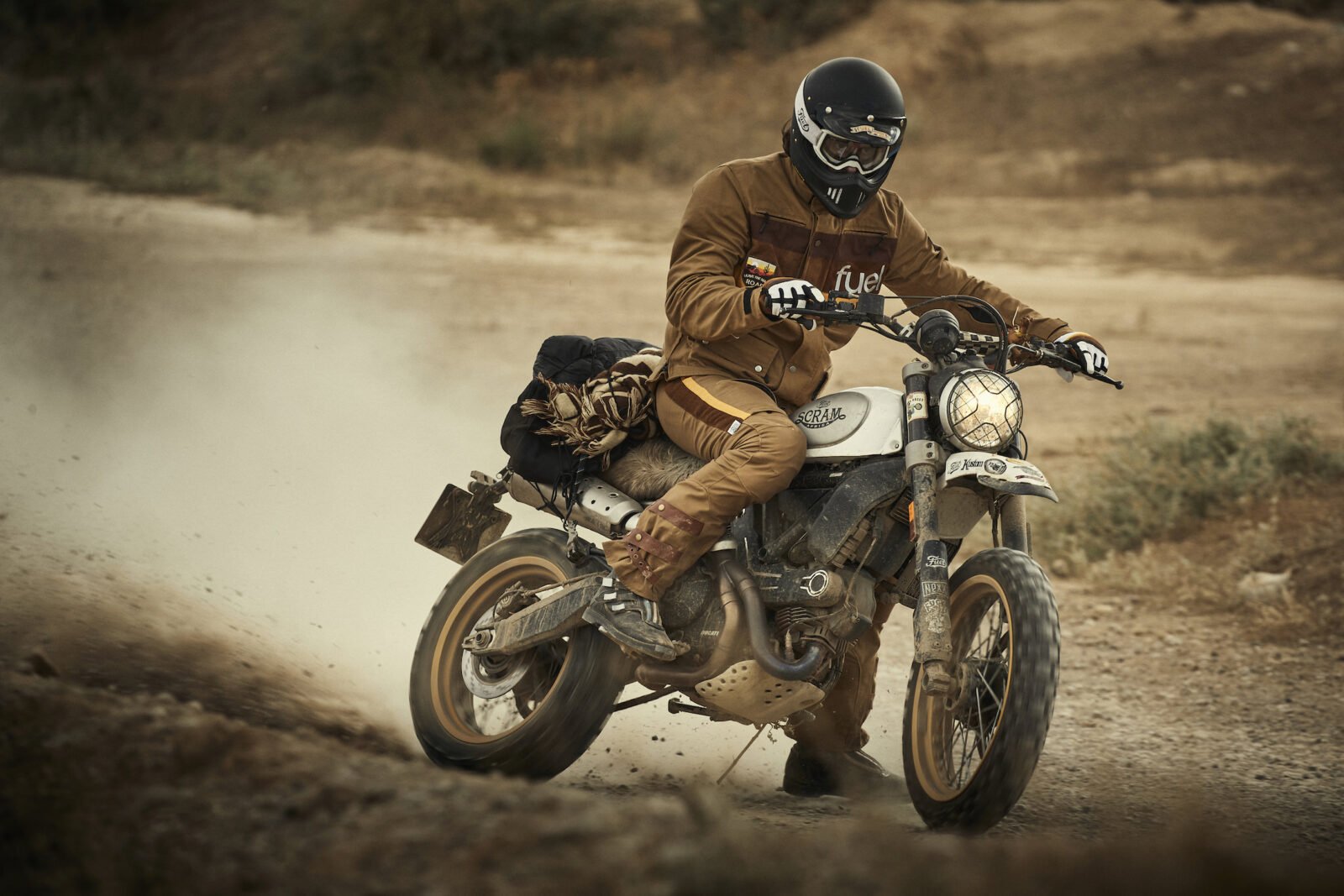 This is the new Fuel Rally Marathon Jacket, it was developed by the team at Fuel to be a modern armoured and Kevlar-lined jacket that takes its colors and styling cues from the world’s most famous off-road endurance race – the Paris-Dakar Rally.

The founders of Fuel have ample experience riding motorcycles in the deserts of North Africa, they organise the annual Scram Africa Rally which traces some of the routes of the early editions of the Paris-Dakar Rally. Participants ride vintage or classically inspired motorcycles across widely varied terrain including desert sand dunes and stony mountain passes.

The Fuel Rally Marathon Jacket was designed to be usable in a wide variety of conditions, it has zippered vents in the upper chest area and the arms to allow you to control airflow, it also has a removable water and wind resistant liner. 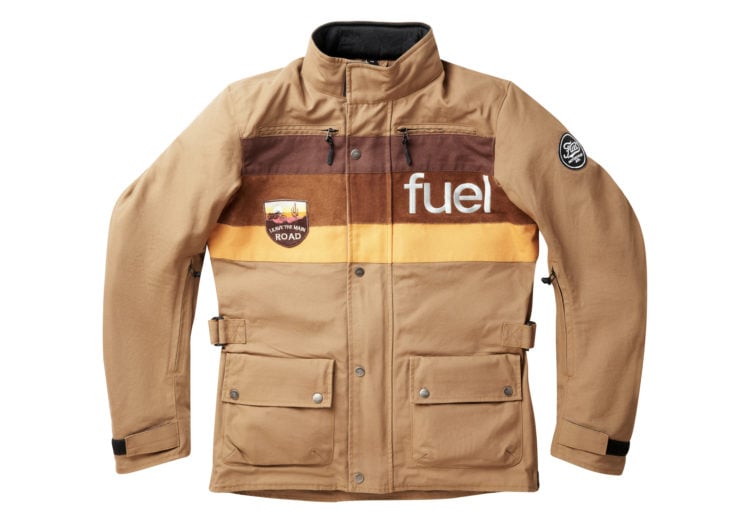 The outer shell of the jacket is made from canvas Cordura®, a material that’s both breathable and highly resistant to abrasion and puncture. This material is paired with a Kevlar© lining in all key abrasion areas and Smoothways© CE level 2 armor is fitted in the elbows, shoulders, and back for optimal impact protection.

When on a motorcycle road trip quick access pockets is absolutely essential for getting your hands on things like GPS units, smartphones, energy bars, maps, and compasses. The Rally Marathon Jacket has two large waist pockets as well as internal pockets, all of which are waterproof with waterproof zippers.

Both the wrists and waist of the jacket have adjustable velcro straps allowing you to tailor the size to suit you, it also allows you to adjust the fit of the jacket when you’re wearing varying amounts of under layers. The main front zipper is tucked behind a full length flap that’s held in place with four press studs, improving the jacket’s resistance to wind and water incursion.

Sizing on the jacket runs from S up to XXL and it comes in a colorway that celebrates the natural tones of the original Paris-Dakar Rally route. 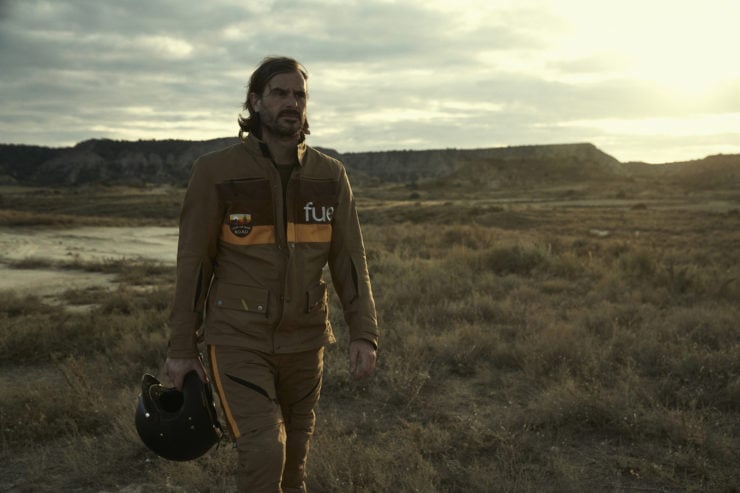 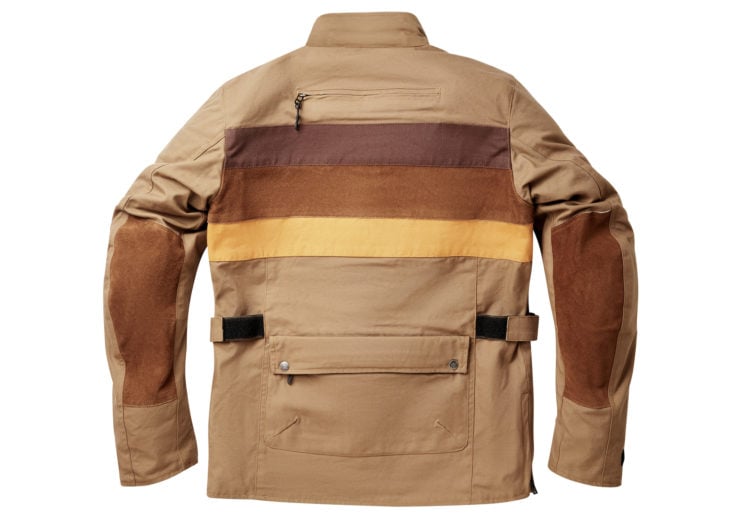 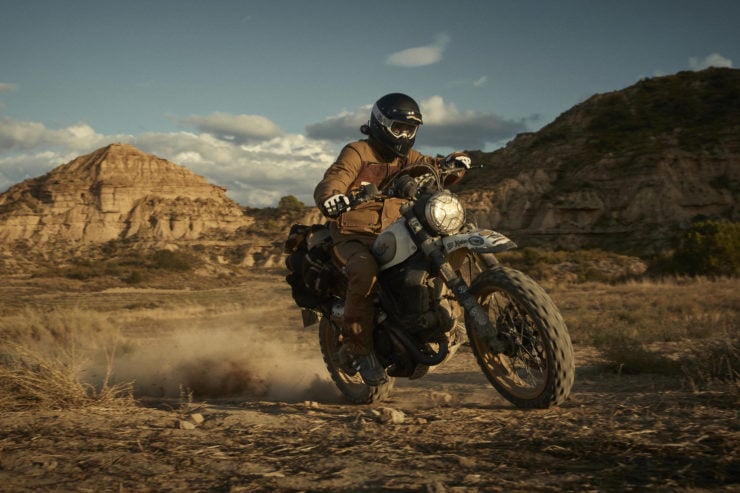 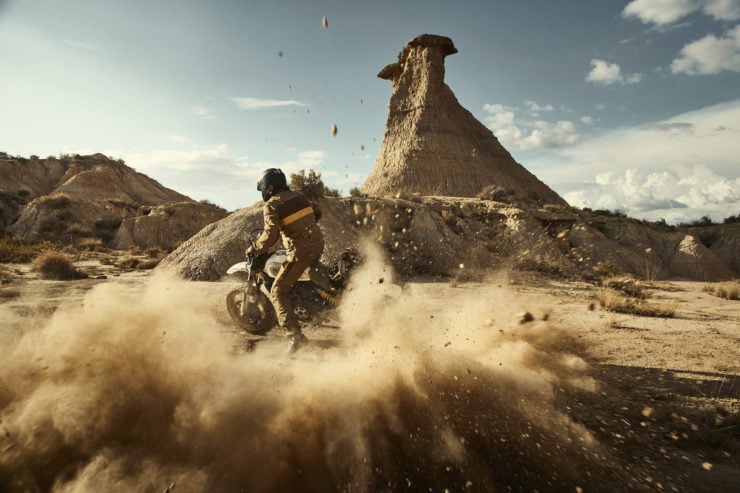 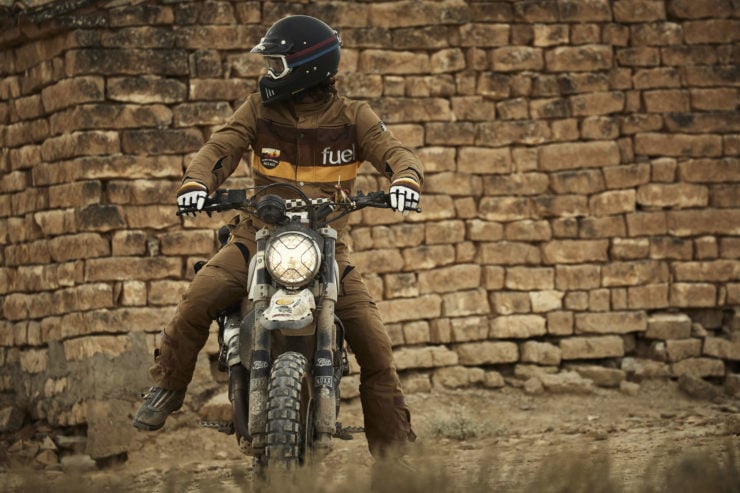 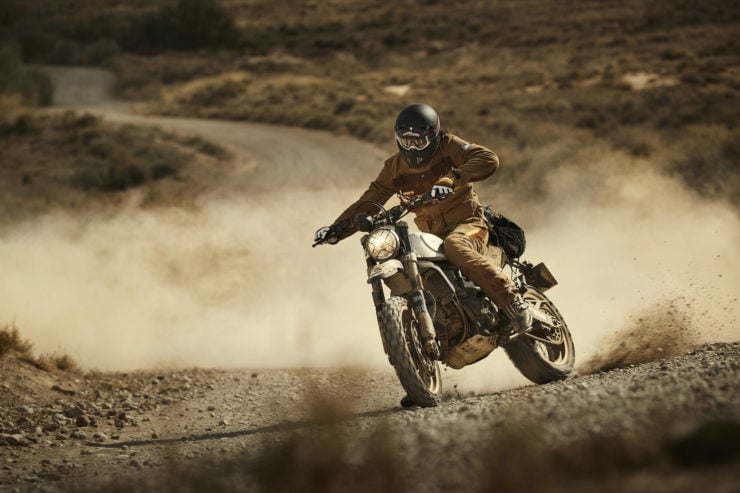 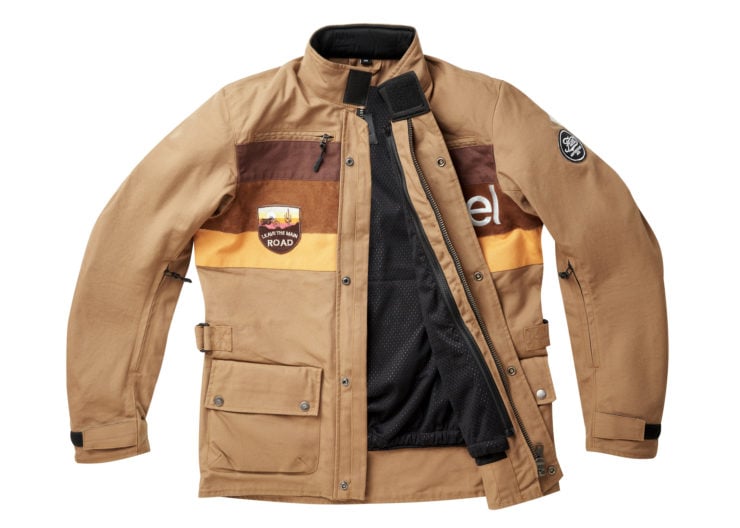