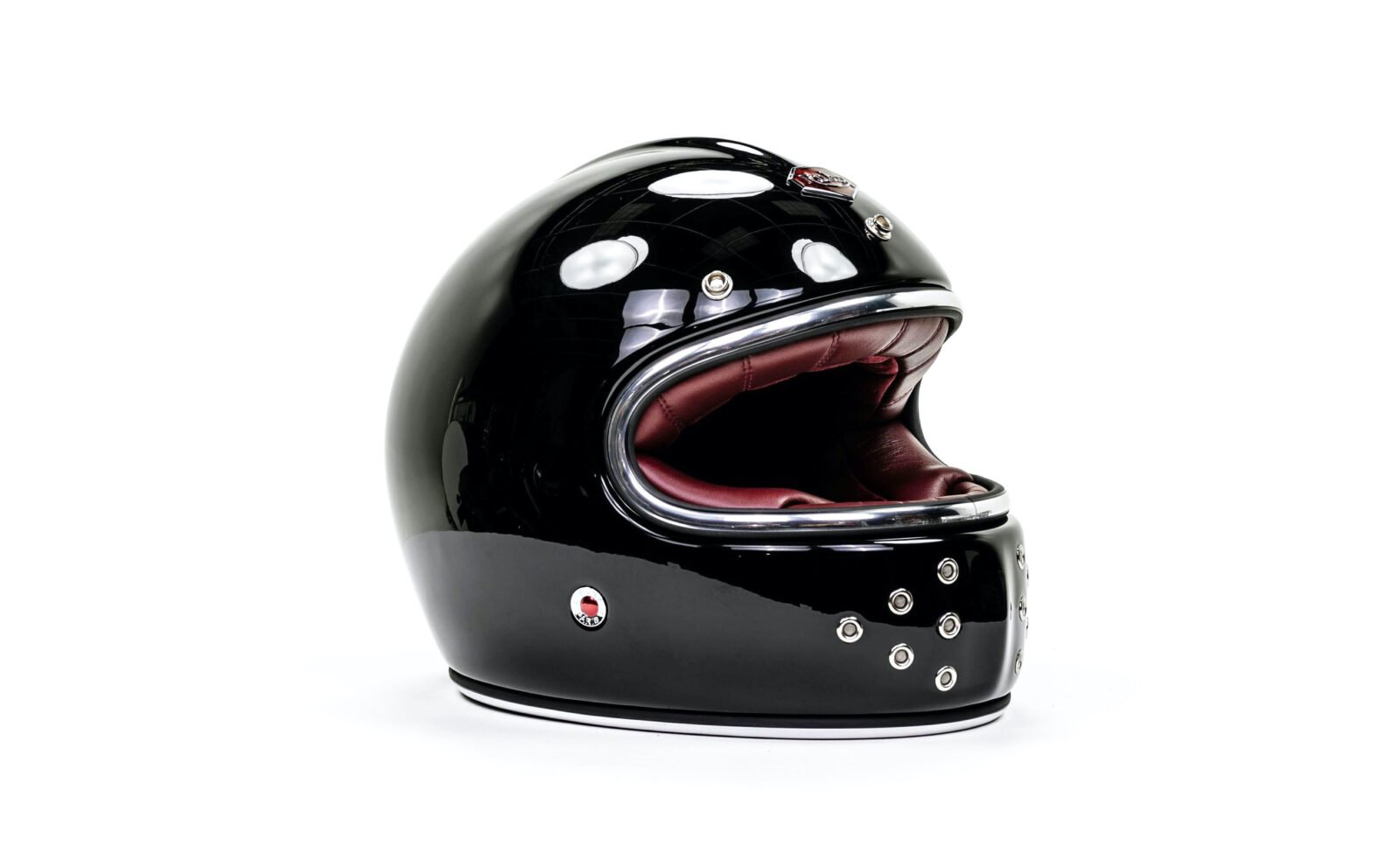 This is the Ruby Castel St Germain Helmet, it’s had to argue that it’s not one of the most beautiful motorcycle helmets on sale right now, along with its siblings in the Ruby Castel model range.

The Castel isn’t just a pretty face however, it has a full carbon fibre shell, an impact absorbing EPS inner, and it’s built to meet or exceed the American DOT safety standard. Ruby build the Castel series in three shell sizes – XS-S, M-L, XL-2XL and each comes with a luxurious sheepskin leather lined interior.

In order to keep you cool in warmer weather, the Ruby Castel St Germain has 7 ventilation channels in crown of the helmet, 2 exhaust ports at back of neck roll, and 12 ventilation holes in the chin guard – visors can also be bought separately.

Each helmet has a hand-painted shell, and Ruby helmets are famous for their exceedingly high levels of fit and finish. There aren’t many luxury motorcycle helmet manufacturers in the world, in fact Ruby might be the only one, however the market for them is strong and they’re releasing new models on a regular basis.

Sizing of the Ruby Castel St Germain runs from S to XXL and they run approximately half a size small, so it’s recommended to order one size up for a good fit. 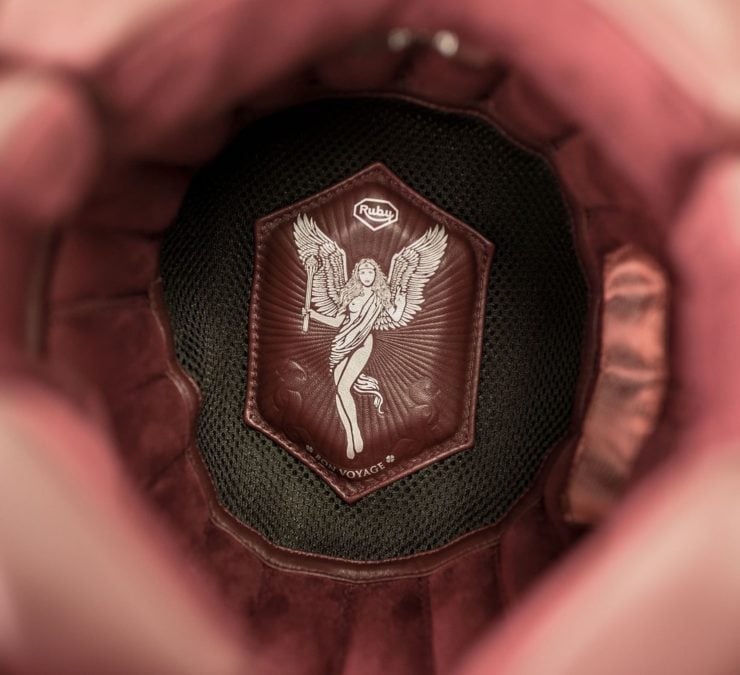 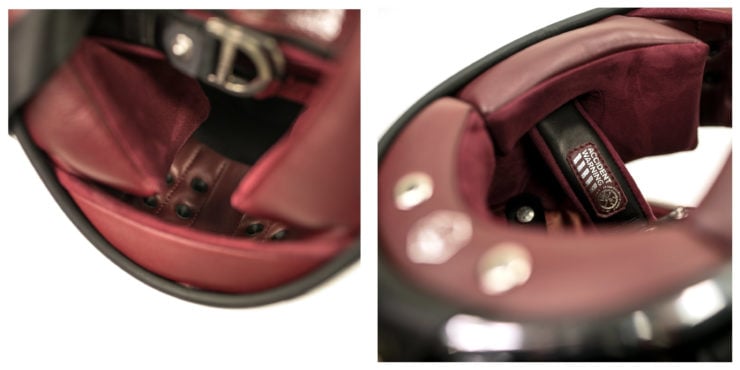 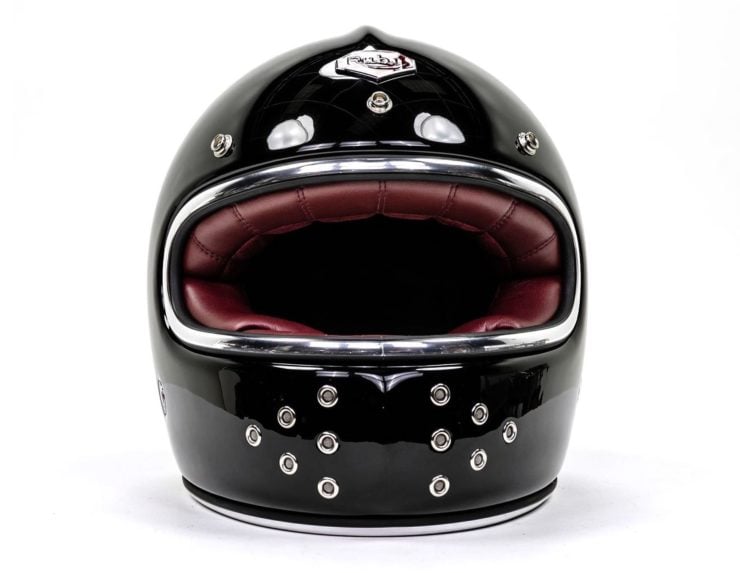