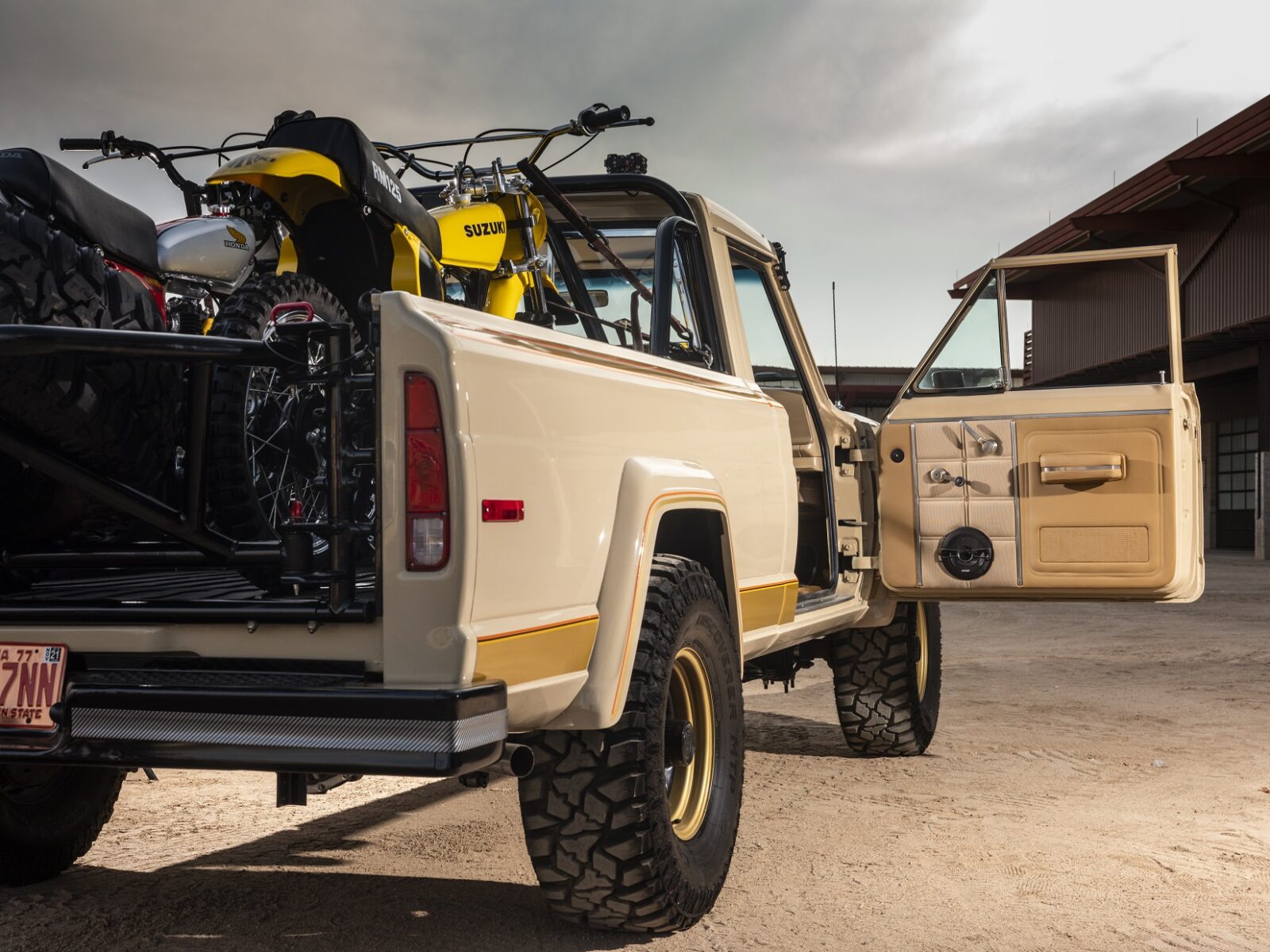 Pickup trucks and motorcycles go together like whiskey and bad decisions. As far as I can tell, this Golden Eagle Jeep J10 is precisely what would happen if someone made a metal, glass, and rubber version of bourbon and bad choices in the late 1970s. And I love everything about it.

This particular J10 has the Golden Eagle upgrade package and it’s fitted with the mighty 401 cu. in. (6.6 litre) AMC V8, this would be the final year that the 401 V8 was offered, an engine that’s prized by enthusiasts today for its bulletproof reliability and reliable power output – 225 hp and 320 ft lbs of torque.

Fuel economy numbers aren’t listed, but no one on the face of God’s good earth is choosing between a 401 cu. in. V8 and a Prius. It’s not a truck you buy to delicately sip at gasoline, it’s a truck that sucks a firehose stream of fuel from motel jacuzzi-sized fuel tank while leaving a finely atomised carbon cloud in its wake, along with prodigious noise and the faint scent of Old Spice. 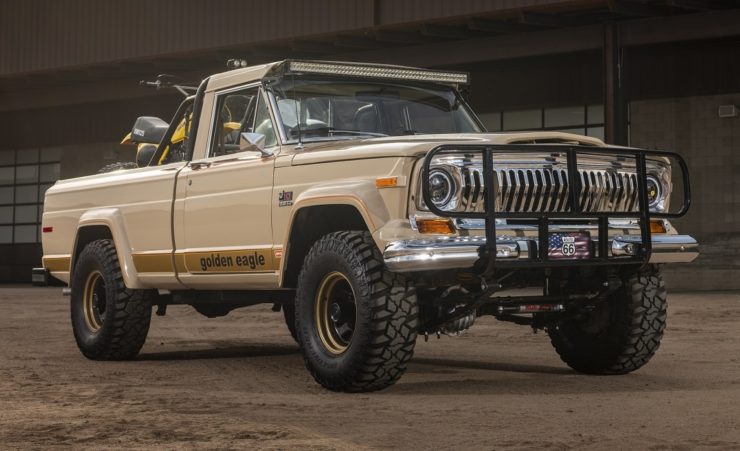 Jeep built the J-series trucks from 1971 until 1988, they essentially shared the same front end as the popular Jeep 4×4 station wagons with a flat bed back that came with a variety of engine and transmission choices, as well as varying trim levels including the Golden Eagle package, the Honcho package, and the Laredo package.

By the 1970s pickup trucks had already established themselves as a key means of transport to move Americans with large hats from one place to another. The J10 series of Jeeps were among the most capable off-road and from 1977 onwards the J10 series improved on its predecessors with the addition of power disc brakes up front and stronger axle tubes.

After the 1970 acquisition of Kaiser Jeep by AMC the engines offered in Jeep models switched over to AMC in order to simplify production. The fortunate byproduct of this was the arrival of the Cthulhu-grade 6.6 litre V8 under the hood of a Jeep for the first time. 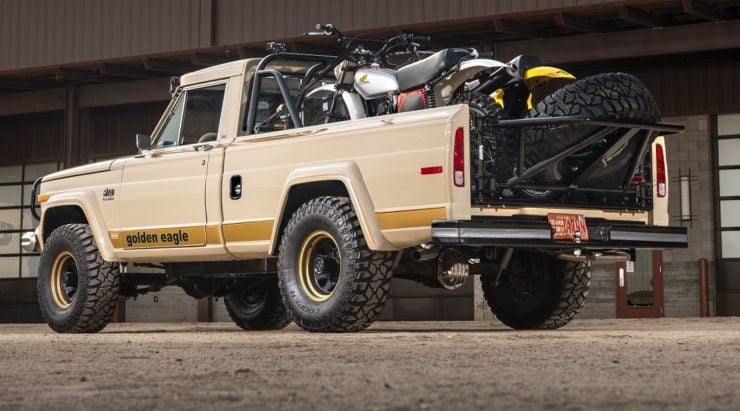 The 1978 example of the J10 you see here benefits from the Golden Eagle package, which included a grille guard, driving lamps, a pick-up bed roll bar, eight-inch wheels, Levi’s denim upholstered seats, accent stripes, and an eagle hood decal – all for a $749 USD premium (in 1978 money) over the standard MSRP.

The Jeep is quite possibly the best dirt bike carrier for sale on Earth right now, if you don’t mind the aura of whiskey and bad decisions (and Old Spice) of course. It’s due to cross the auction block with Mecum in mid-March, if you’d like to read more about it or register to bid you can click here to visit the listing. 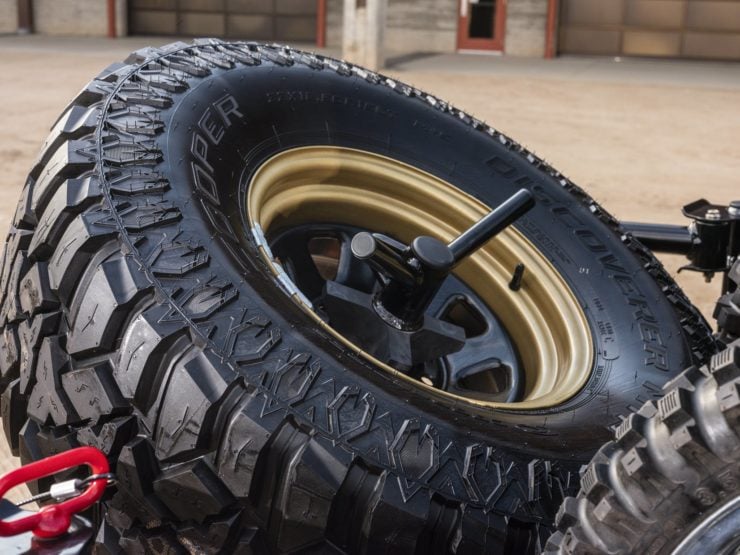 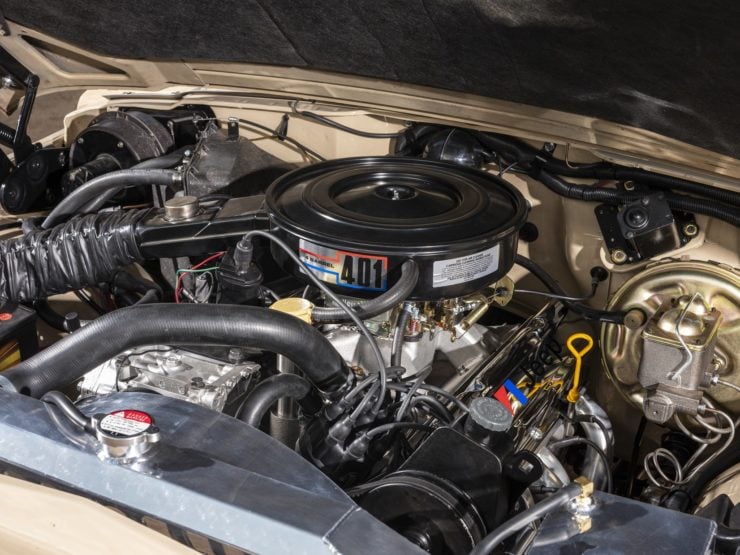 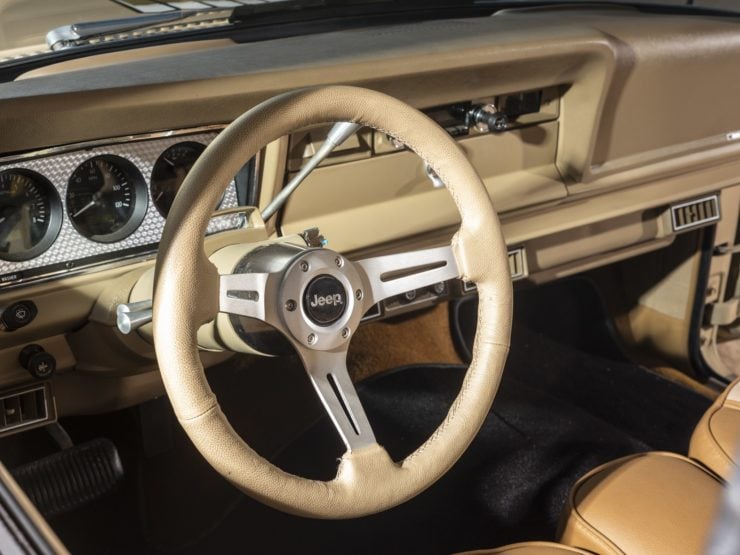 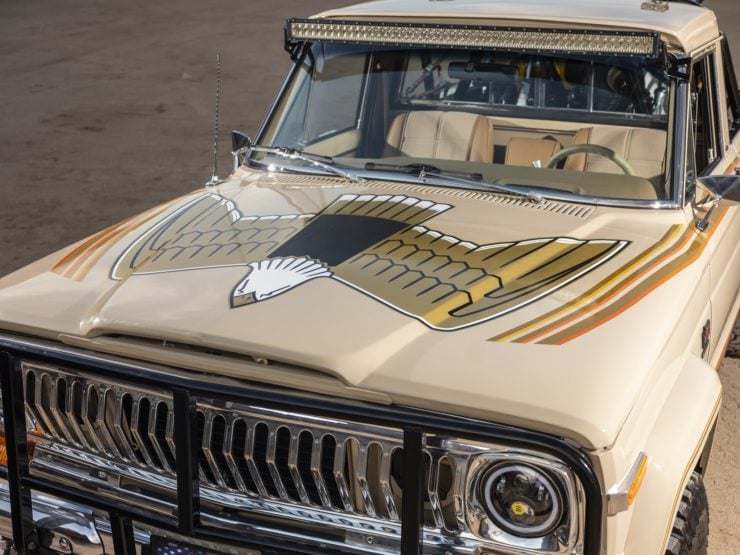 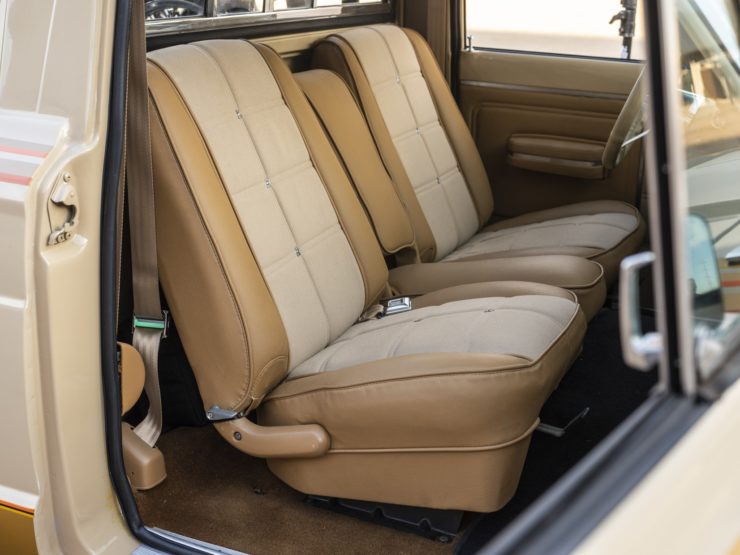 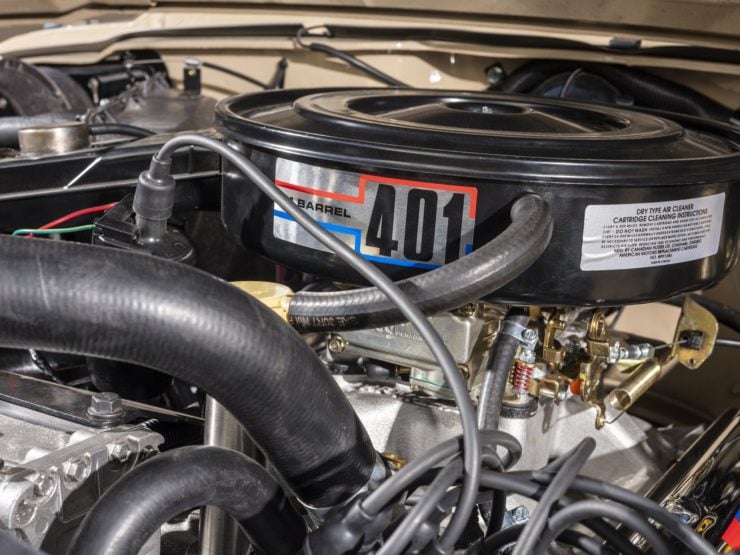 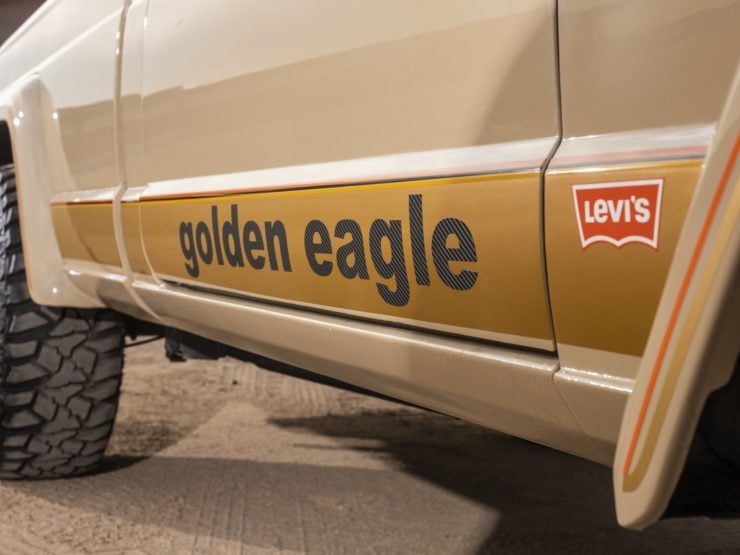 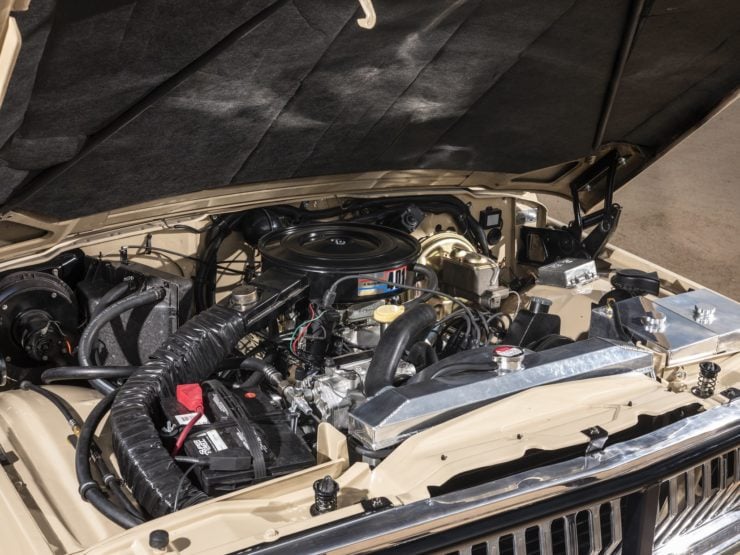 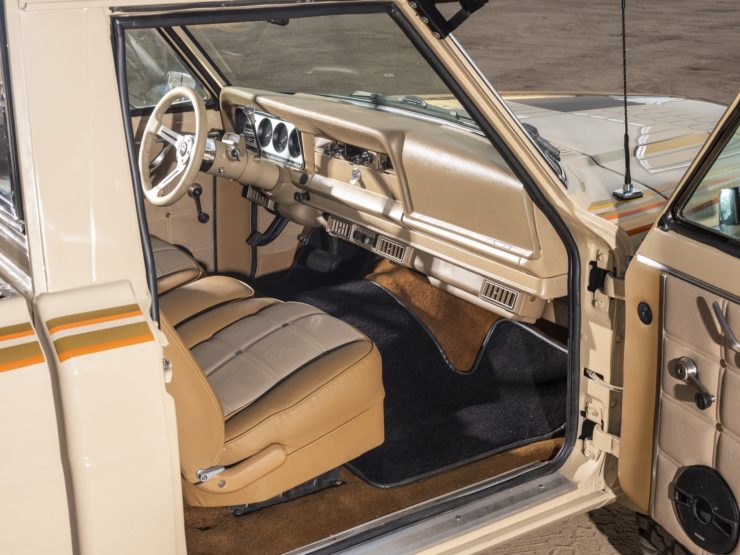 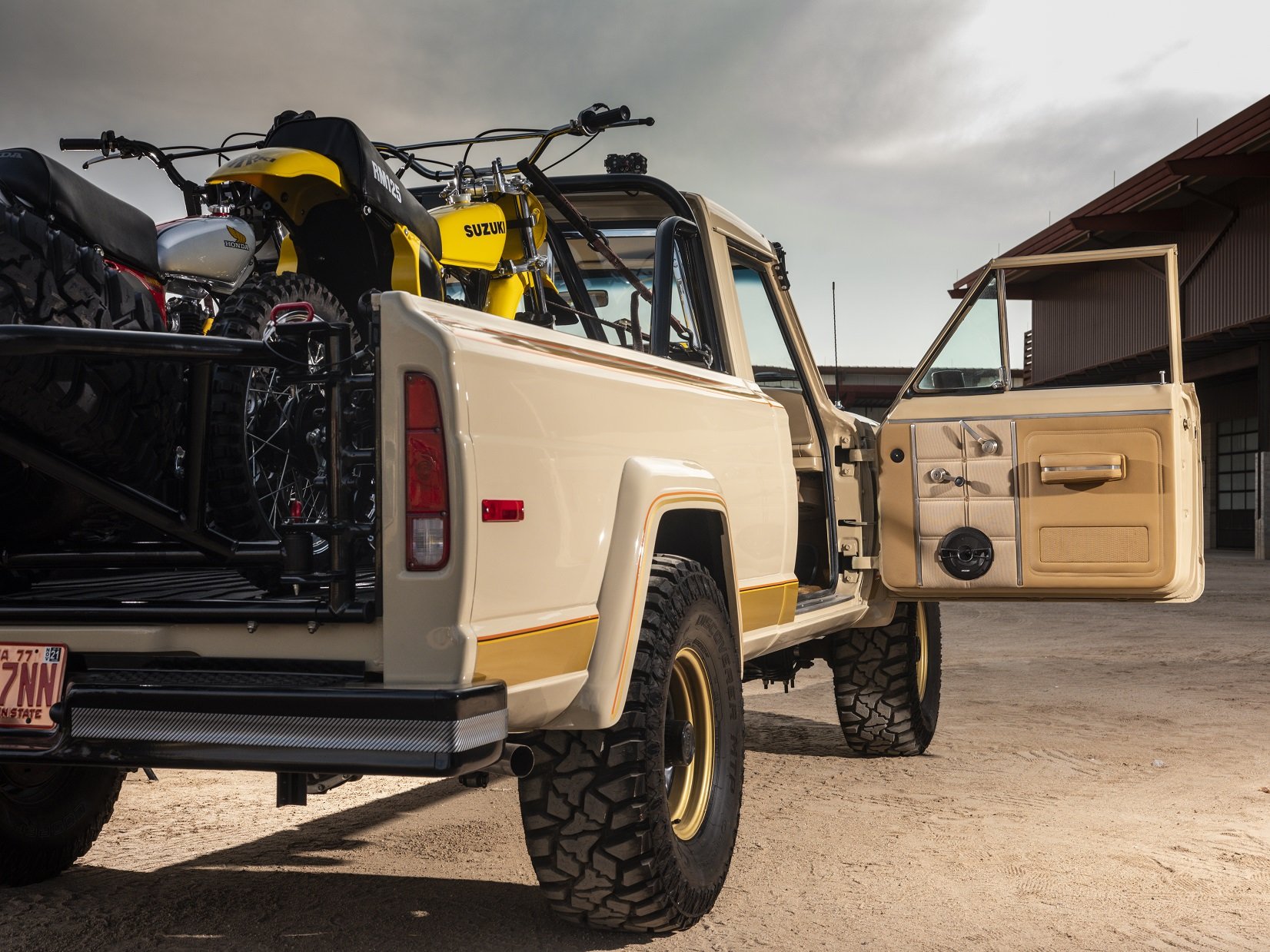