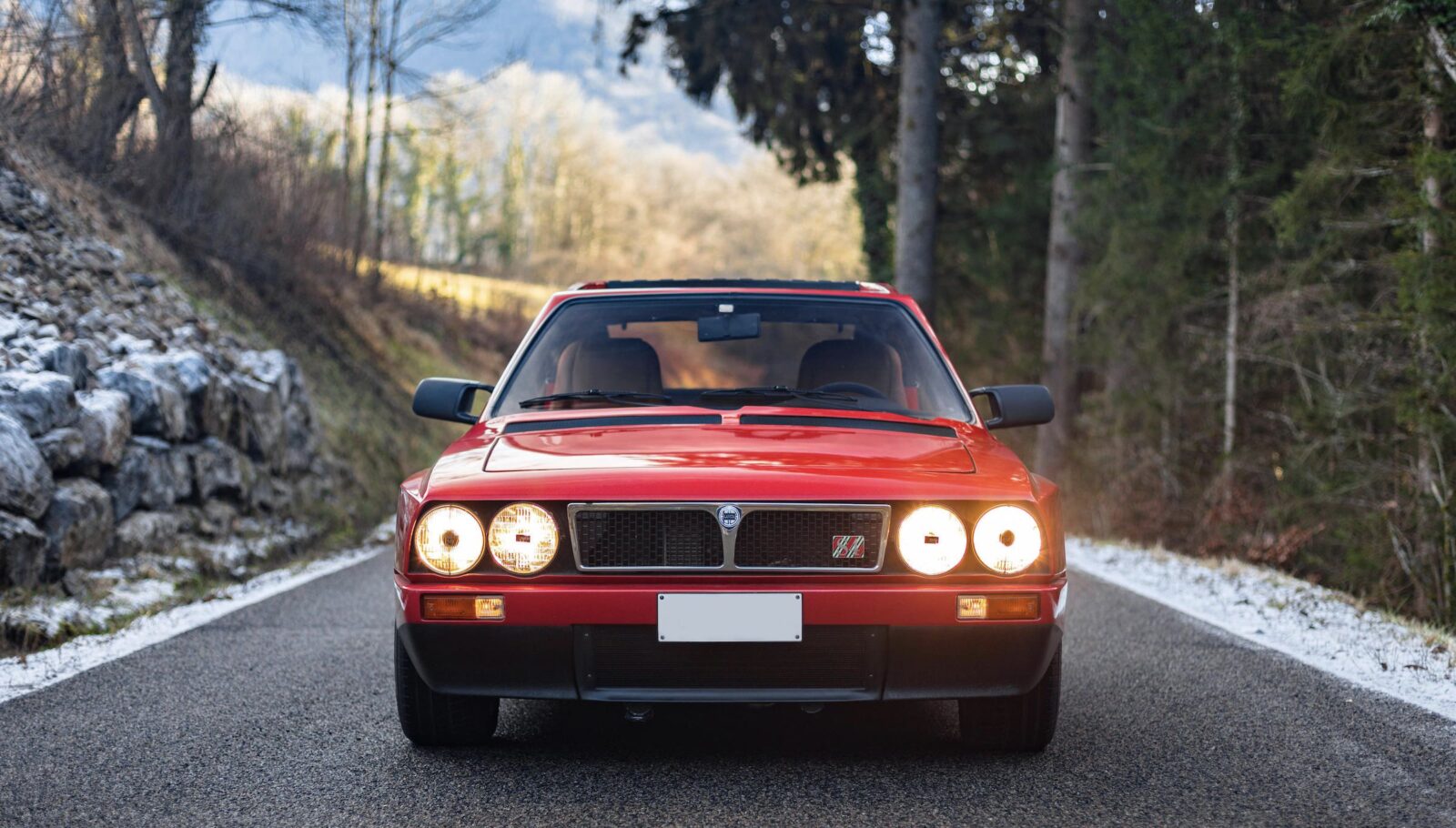 The Lancia Delta S4 was one of the fastest and most advanced Group B rally cars ever developed, it would also directly lead to the entire Group B class being shut down by the FIA. In some ways the Delta S4 was the quintessential Group B machine – it was a lighting fast, fire-breathing rally car that proved both successful and lethal.

What is Group B?

For the uninitiated, Group B was founded in 1982 by the FIA alongside Group A and Group C. Group A was for production-derived vehicles with a minimum homologation production numbers of 5000 vehicles per year, and there were strict rules governing power, weight, and technology. Group C had far fewer restrictions but there were limits placed on fuel load and minimum vehicle weight.

Group B was the Goldilocks class that had very few restrictions on technology and power, and the minimum homologation production number was just 200 vehicles per year. This allowed manufacturers to build the fastest and most advanced rally cars the world had ever seen, in 1982 Group B cars were producing ~250 hp and by 1986 this number had increased to well over 500 hp. 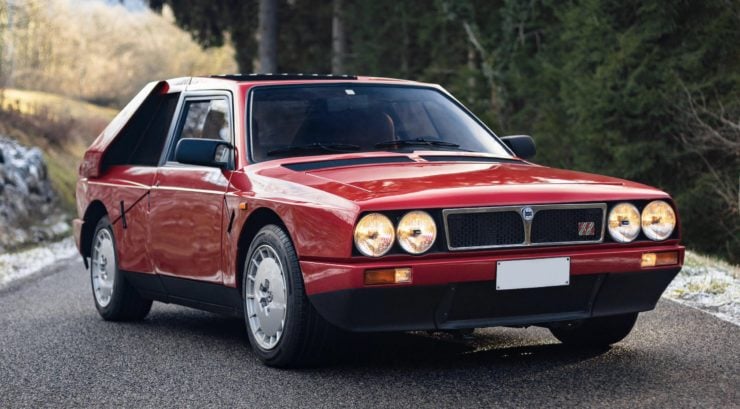 Many consider Group B to be a true golden era in the history of racing, the cars that were built to compete are now revered as legends and road-legal Group B homologation cars change hands for oftentimes eye-watering figures.

The class was cancelled abruptly at the end of 1986 due to a number of accidents. The crash that killed Henri Toivonen and his co-driver Sergio Cresto in the 1986 Tour de Corse when they missed a corner in their Lancia Delta S4 is often pointed to as the moment the FIA chose to end Group B permanently.

The Lancia Delta S4 Stradale was the street-legal homologation car built by Lancia in order to allow the more hard-edged Lancia Delta S4 to race – “stradale” means “road” in Italian.

The FIA required that 200 be built however it’s widely believed that Lancia only built 80 or so examples, there’s a long history of manufacturers fudging the numbers to get cars homologated so Lancia are by no means alone in this regard – if this is what truly happened.

The cost of the Delta S4 Stradale made it a challenge to sell when it was released in 1985, it cost approximately 100 million Lira in 1985 which was 5 times the cost of the Lancia HF Turbo. 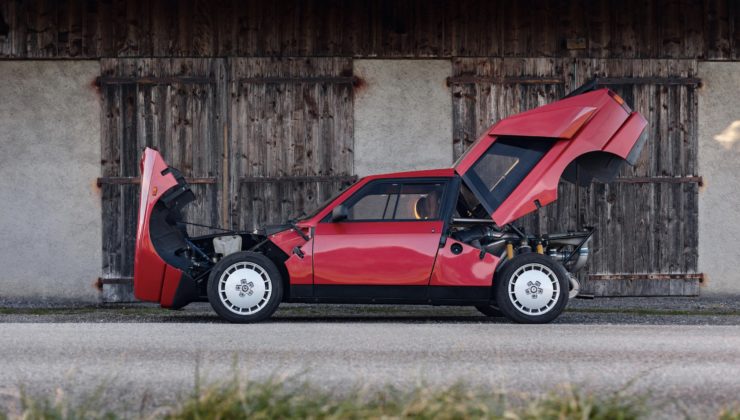 The reason for this price difference would become immediately clear once you saw beneath the silhouette bodywork however. The Delta S4 may have looked similar to its stamped steel siblings from the factory but it shared almost no parts with them other than the badge.

Lancia developed a chromoly space frame for the Delta S4 that was closely based on the Lancia 037, the engine was mounted amidships where the back seat would normally have been, and power was sent to all four wheels via a central differential co-developed by Hewland that sent 60 to 70% of torque to the rear limited slip diff and the remaining torque to the open front diff.

Advanced fully independent suspension was used, also based somewhat on the 037, with twin shock absorbers per wheel in the rear and a single coil over per wheel up front. Competition disc brakes were used on all four corners, and the body was made of composites with front and rear sections that were easily removable for accident repairs and mechanic access.

The car was powered by one of the first twincharged engines, an engine that uses both a supercharger and a turbocharger. Twincharging was chosen for the 1.8 litre, DOHC inline-4 S4 engine as it was fitted with a hefty KKK K27 turbo with a boost threshold of 4500 rpm – the supercharger provided boost at engine revs below this level to keep power predictable and avoid a sudden surge as the engine passed the 4500 rpm mark. Power was approximately 400 hp initially but this number quickly rose with development, and the car was producing over 500 hp by the time the program was cancelled. 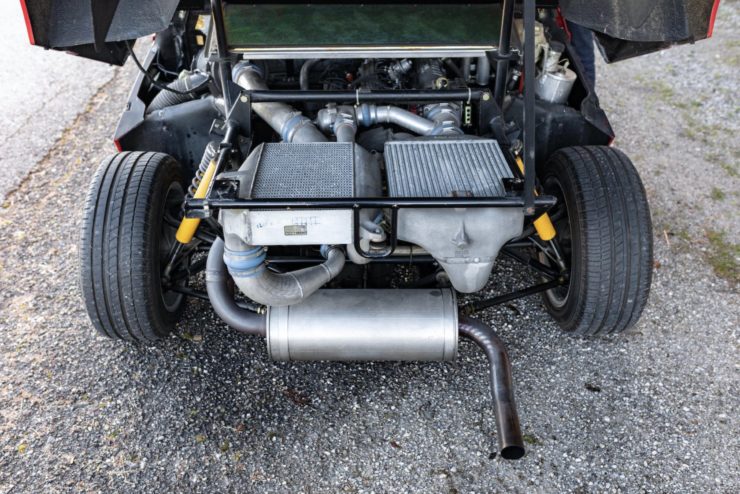 Lancia introduced the Delta S4 at the 1985 RAC Rally and it would immediately take both 1st and 2nd place in the hands of Henri Toivonen and Markku Alén respectively. The car would take a slew of victories despite its relative lack of development time, its continued development would be cut short by the tragic crash of Toivonen and co-driver Sergio Cresto in the 1986 Tour de Corse.

The Stradale version of the mighty Delta S4 is now one of the most highly sought after Group B homologation specials, it has an interior that included many luxuries not found on the rall cars, like air conditioning and sound proofing. The Stradale Delta S4 produces 247 hp and 215 ft lbs of torque, making it a spritely performer, particularly by the standards of the era.

The car you see here is due to cross the auction block with Bonhams on the 6th of February in Paris, with an estimated hammer price of between €550,000 and €650,000. If you’d like to read more about it or register to bid you can click here. 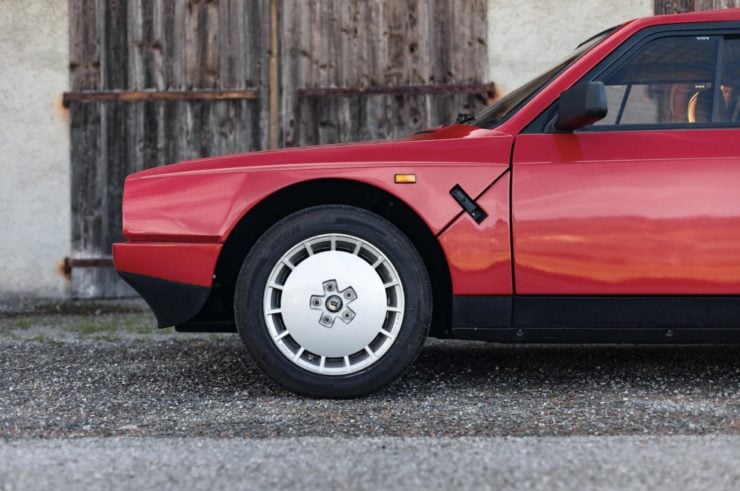 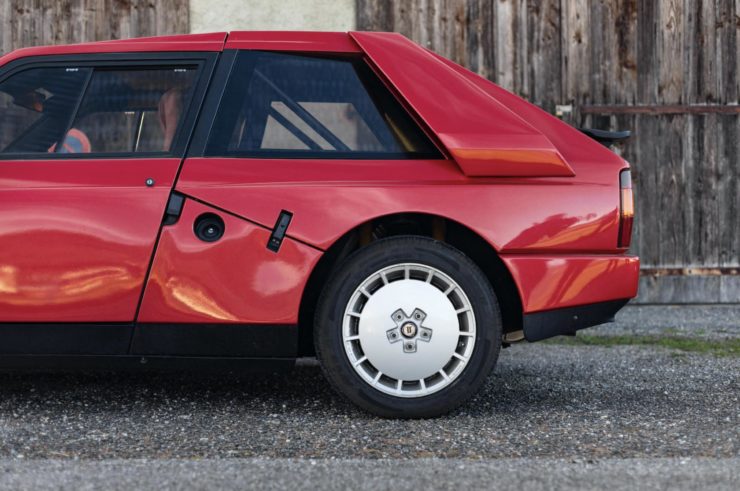 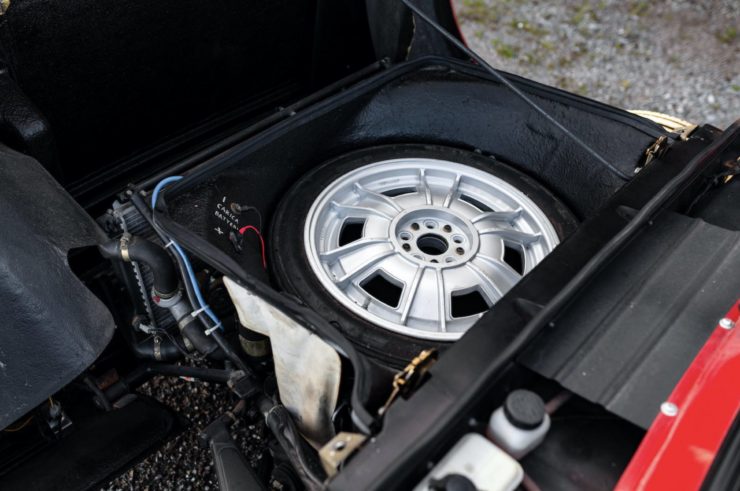 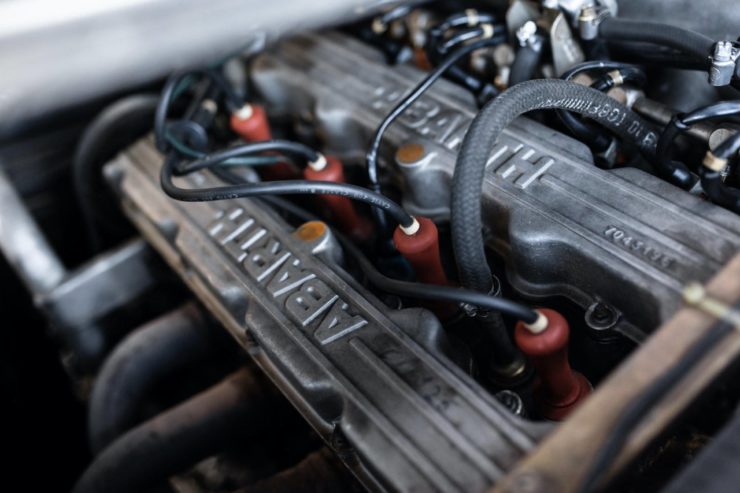 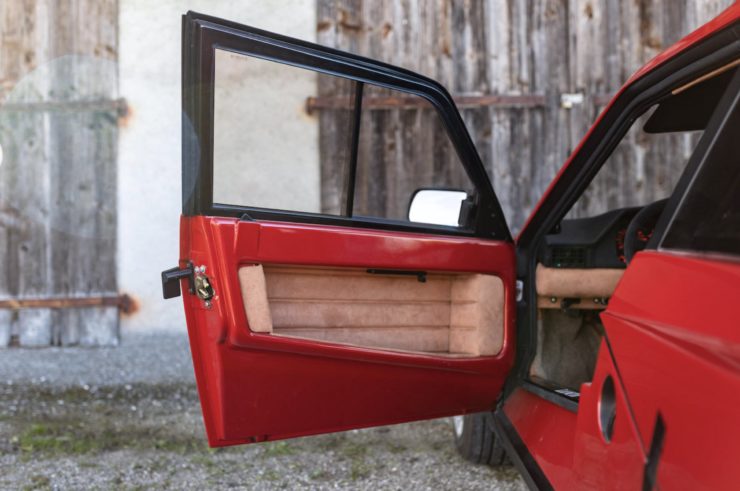 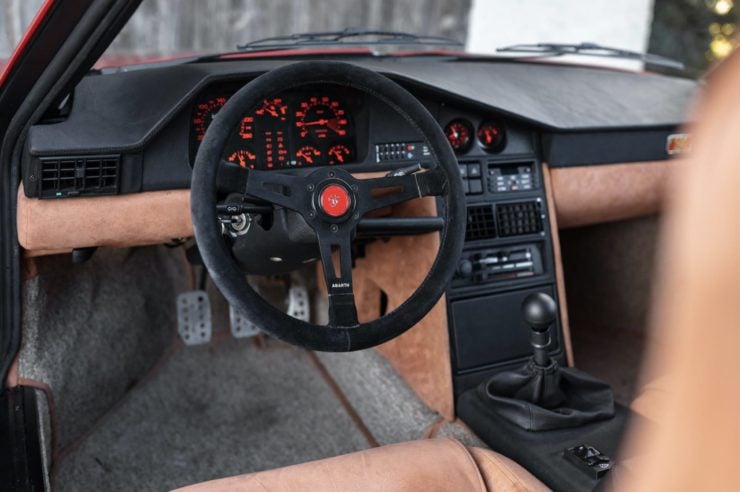 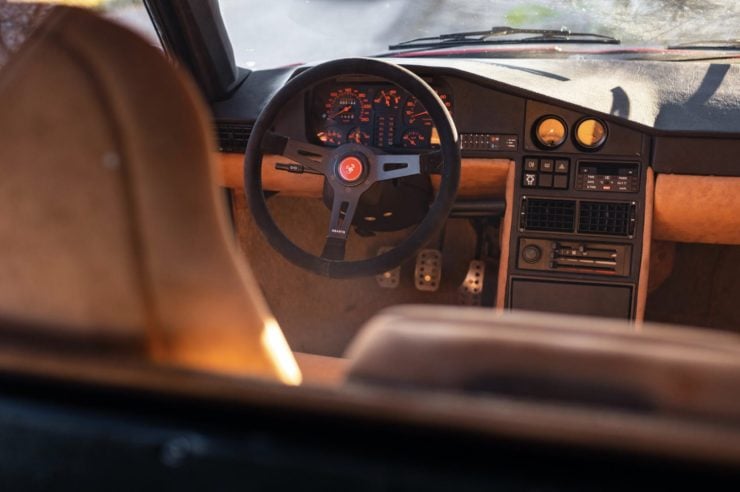 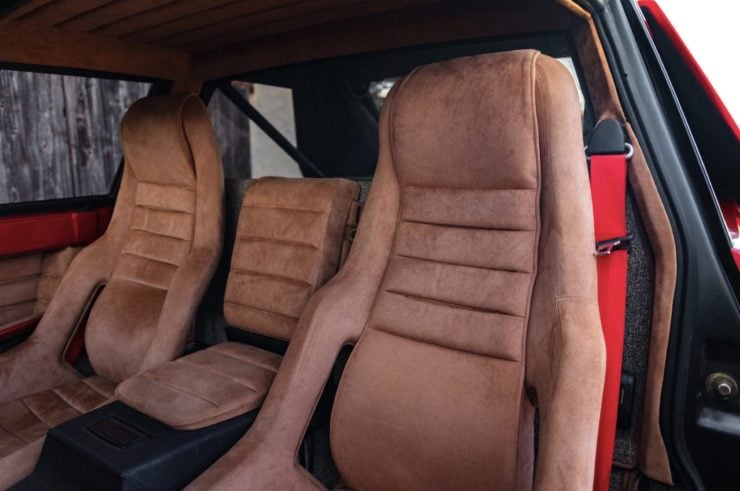 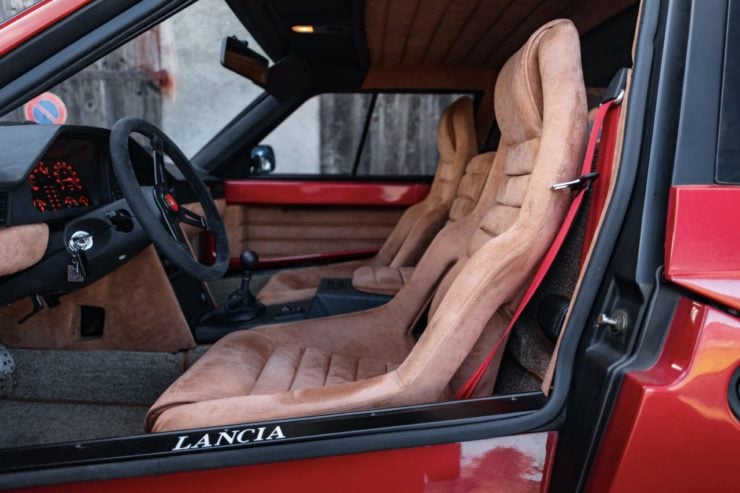 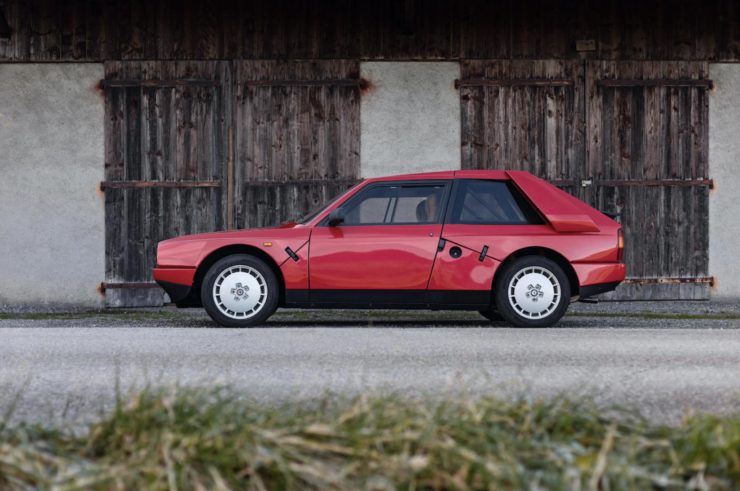 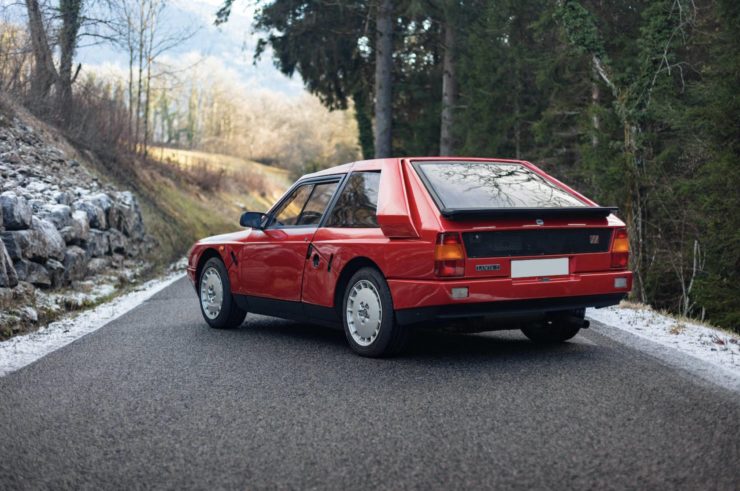 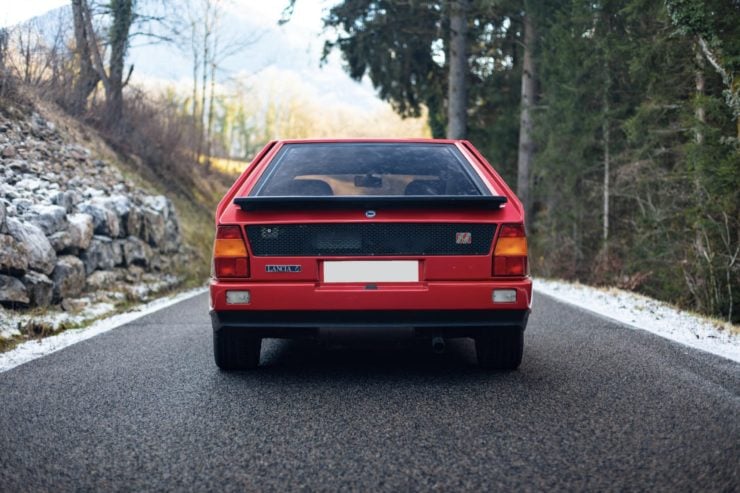 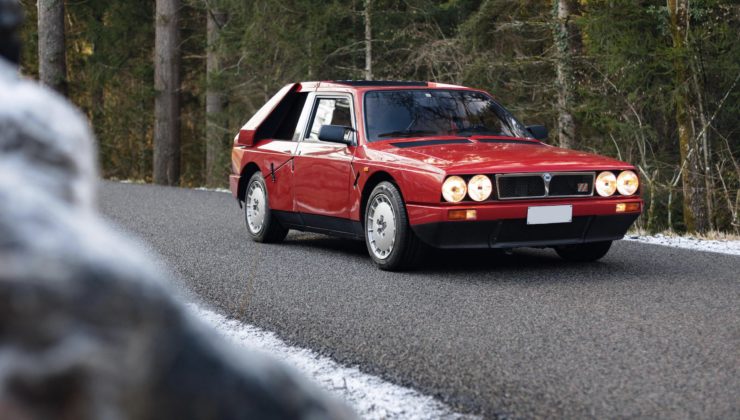 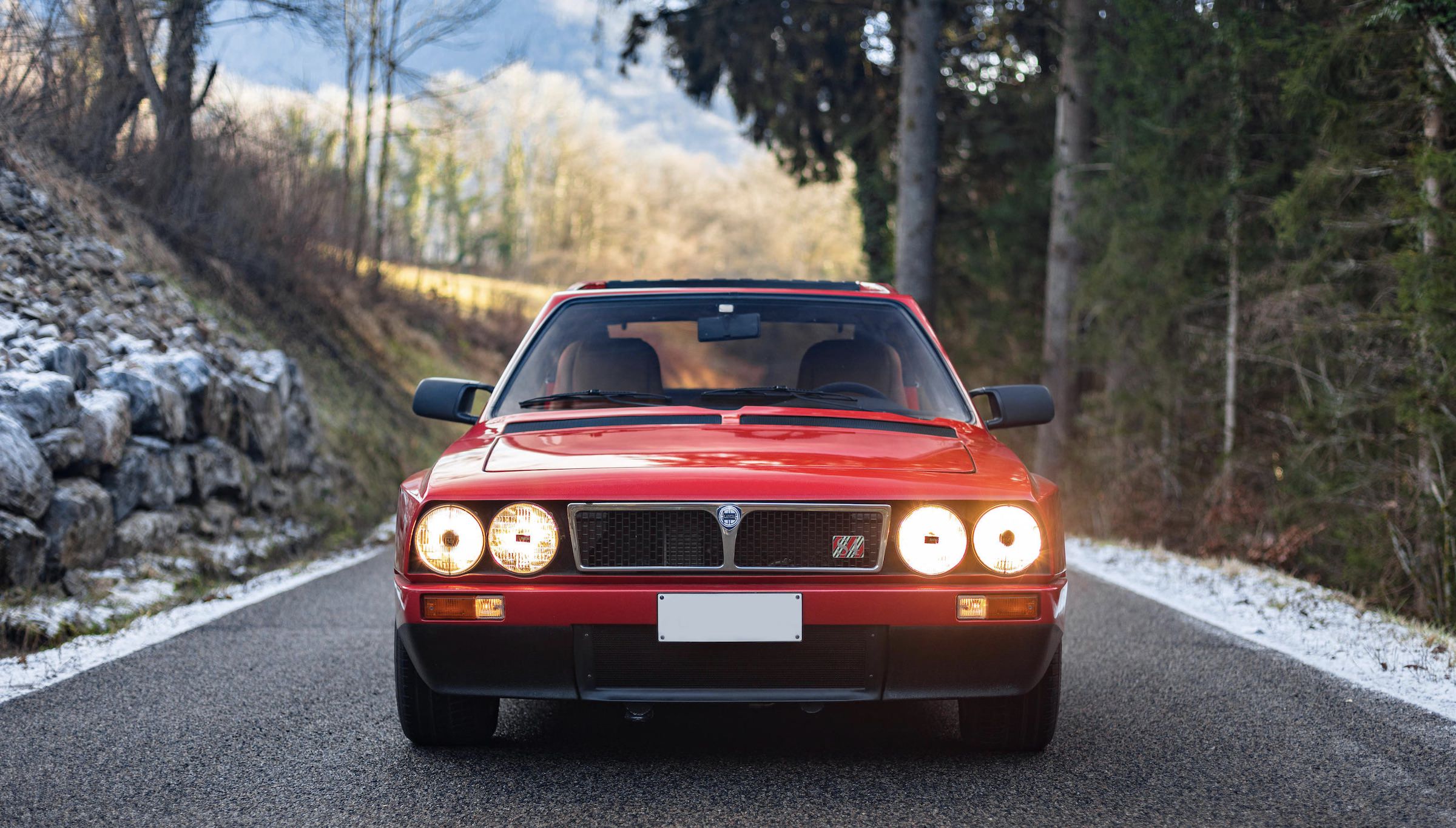