This is a 1940 Royal Navy instructional film about the safe operation of ship-based catapults for launching aircraft like the Supermarine Walrus.

The film does an excellent job of showing and explaining each step of the launch and retrieval process, both operations required a significant crew, and they needed to be able to work very quickly when required.

The launch system uses cordite charges to send the aircraft down a rail and off the side of the boat, the amount of cordite used has to be calculated to match the weight of the aircraft on take off. 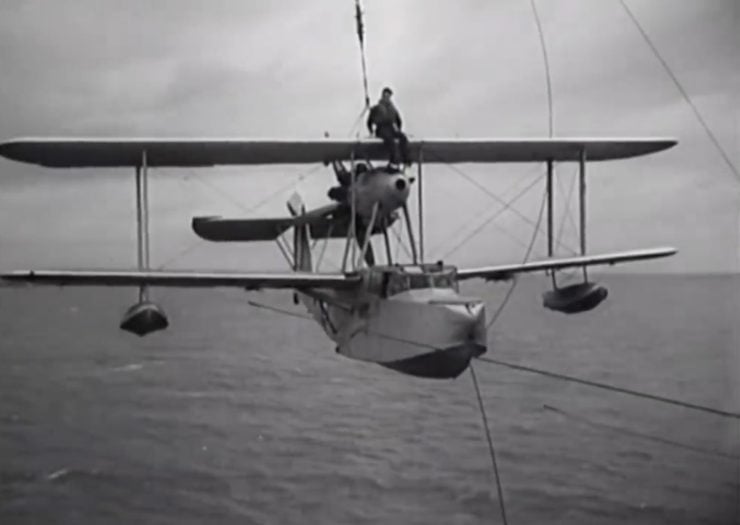 Once the plane came back in and landed on the water near the ship it would be hoisted out on a crane and prepared for its next flight, alternatively it could be stored in on-deck hangar space designed to accomodate two aircraft with their wings folded back.

Modern aircraft carriers still use catapult systems though now they’re typically steam though some newer ships use the Electromagnetic Aircraft Launch System (EMALS). These early Second World War-era catapults were perhaps more primitive than their modern equivalents but as you’ll see in the above film, they certainly got the job done.

If you’d like to read more about the history of ship-based aircraft catapults you can click here. 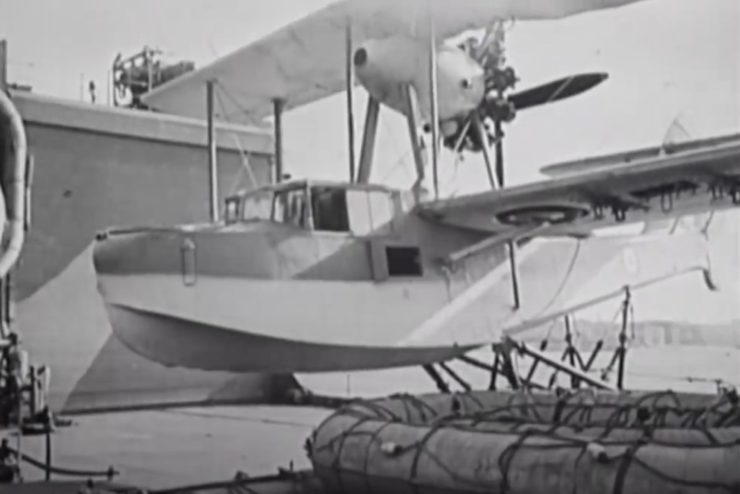 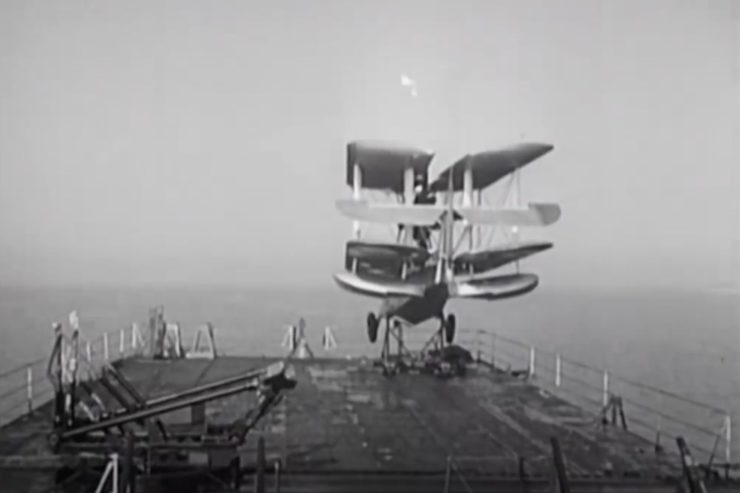 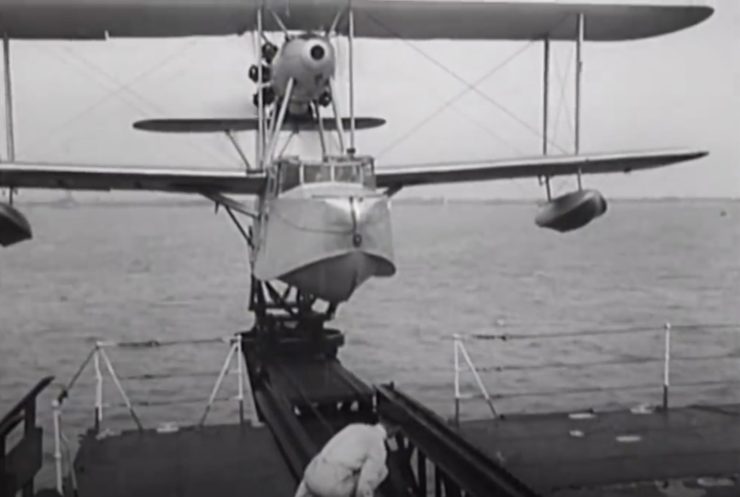 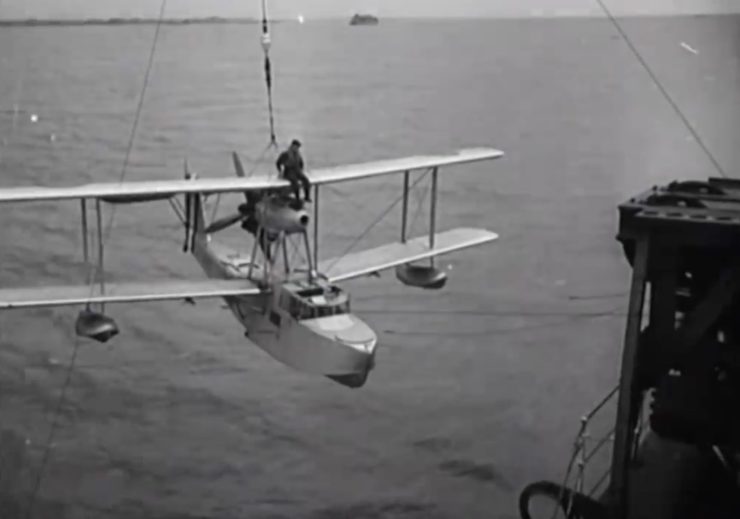