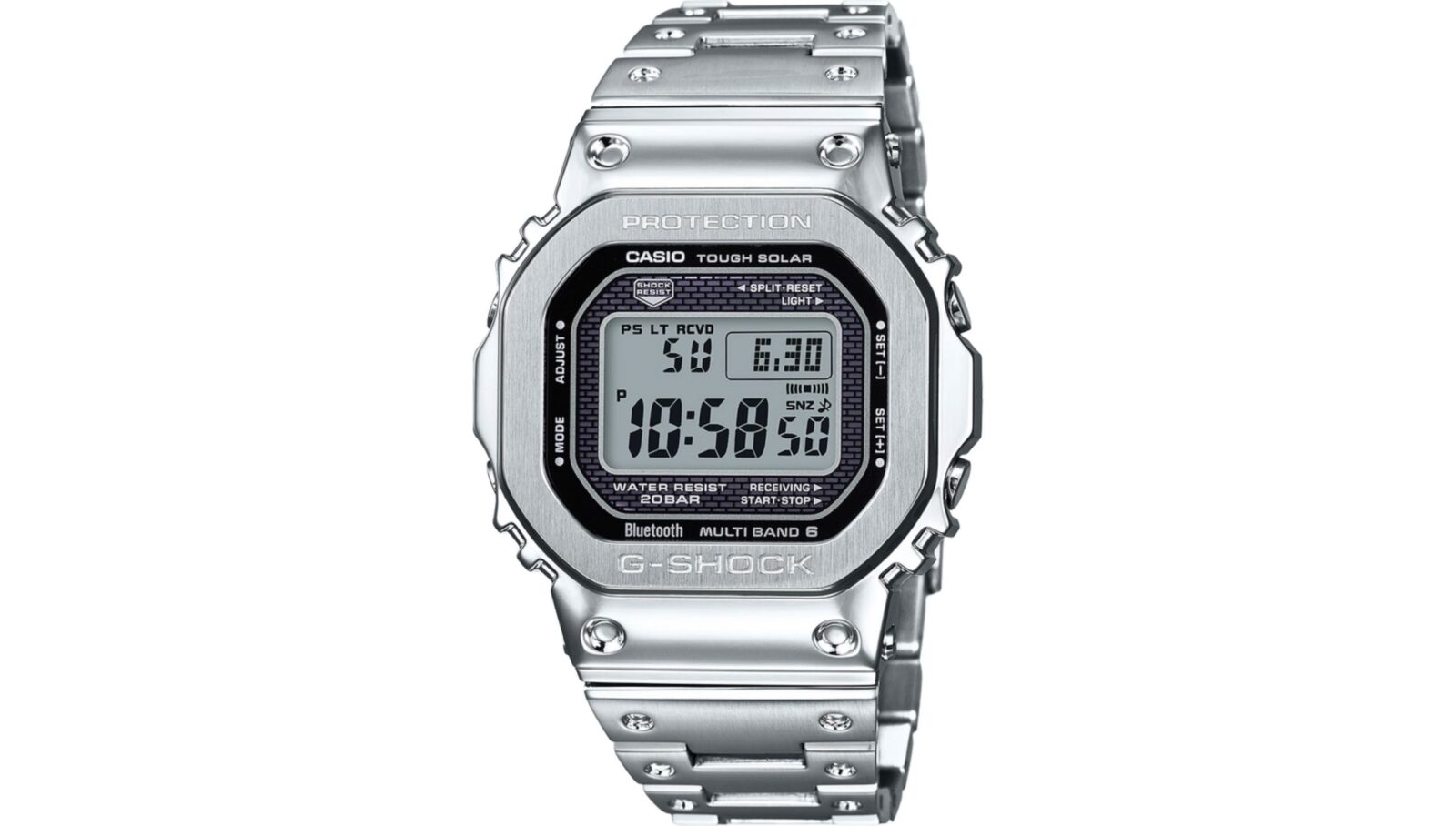 The G-Shock Full Metal 5000 (model GMWB5000D-1) is a new series in the legendary line of watches that has been in production for almost 40 years. Casio first developed the G-Shock in 1983 as an affordable watch that could withstand significant mechanical stress, shock, and vibration – the name G-Shock stands for “Gravitational Shock”.

G-Shock have become popular in a vast array of professional fields from front line military personnel to search and rescue teams, and they’re frequently used by those with active outdoor pursuits that call for a waterproof watch that can handle bumps, scrapes, and drops. 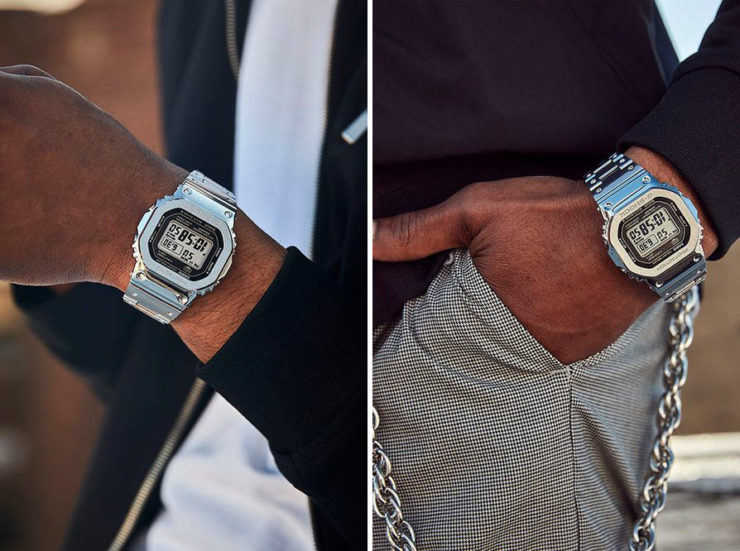 The new G-Shock Full Metal 5000 combines the traits of the original G-Shock but now with all-metal construction and an aesthetic designed to fit in in offices just as well as it does in the great outdoors. The watch has a thin-film solar panel on its face to collect power from the sun or indoor lights to keep the battery charged and it uses G-Shock’s “Multi-Band 6 Atomic Timekeeping” technology to keep time accurately thanks to radio signals from six transmitters worldwide.

As with all G-Shocks this one has built-in resistance to electric shocks, G-forces, lower temperatures, vibration, water incursion, and impacts. The Full Metal 5000 series uses super-twisted nematic (STN) LCD displays for clarity, they have calendar, alarm, and timer functions, and 200 metres of water resistance.

Facebook Twitter WhatsApp Email This is the Kammok Mantis, it’s described as an all-in-one hammock tent as it includes both an insect proof mesh and…

Facebook Twitter WhatsApp Email This is the Omologato Panamericana, it’s the newest watch from the British company that have become synonymous with beautifully designed motorsport-inspired…

Facebook Twitter WhatsApp Email This is the Lumber Jack, it’s a new release from the team at BoomCase who have become globally famous for…