After some quick research I’m convinced that this Lincoln V12 is the cheapest V12 for sale anywhere on earth at this moment in time. The reason it’s so cheap is slightly tragic, a little funny, and quite disgusting.

As the seller explains in the listing, the engine was fitted to a luxury Lincoln V12 automobile owned by to brothers named Eugene and Alfred. One day they had an argument about who could remove and reinstall the engine the fastest, so Eugene goes first and does it in 6 hours – not a bad effort.

Alfred laughs at this time and claims he can do it in just a single hour. He rushes the job so much he wraps one of the chains from the engine hoist around the distributor and other around the fuel pump. When the engine was about half way out the fuel pump and the rear of the intake cracks, this then put extra pressure on the timing cover which breaks as well, and in the commotion the chains rip off the carburettor. 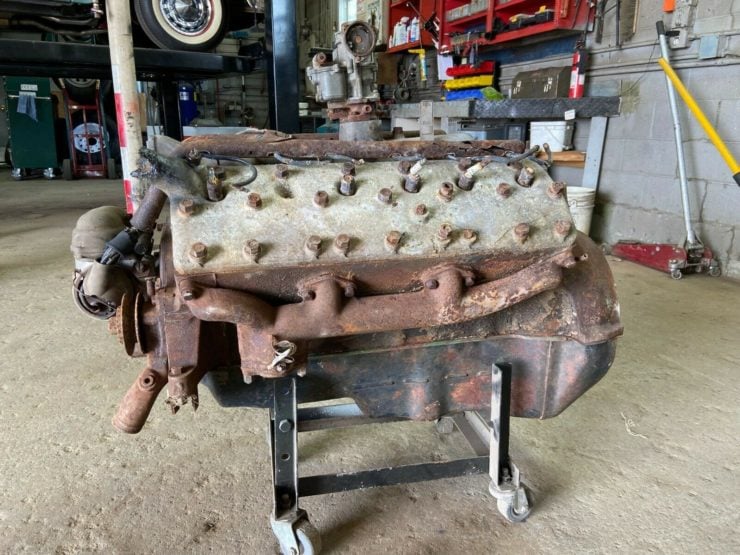 The two brothers panic, somehow they manage to get a V8 fitted to the Lincoln from a grain truck and they cross their fingers that their Dad continues his tradition of never popping the hood. The V12 got dumped in the back of the barn under some straw bales where it remained. It became a running joke with the two brothers, who for reasons lost to history used it as a urinal on a regular basis.

It’s clear by looking at the images that this engine is probably beyond saving, or even salvaging for spare parts, however it may find a home (once it’s been thoroughly cleaned and disinfected of course) as a coffee table with a glass top in the kind of expensive home or fancy bar where people like you and me are rarely welcomed. 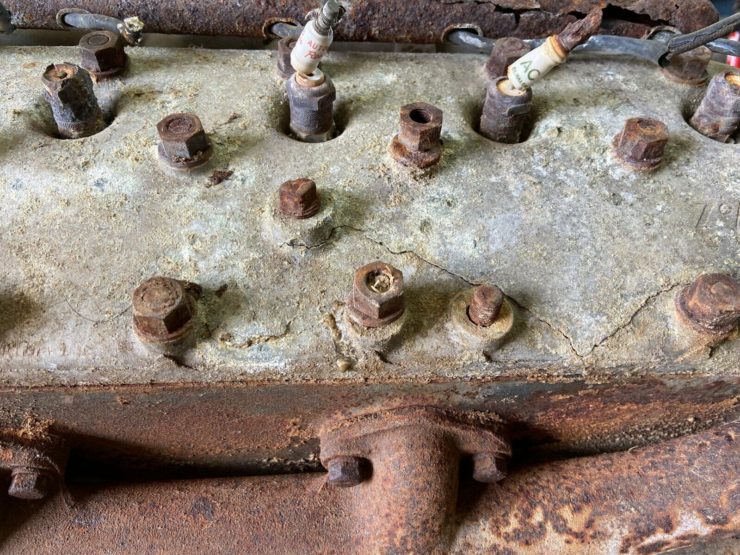 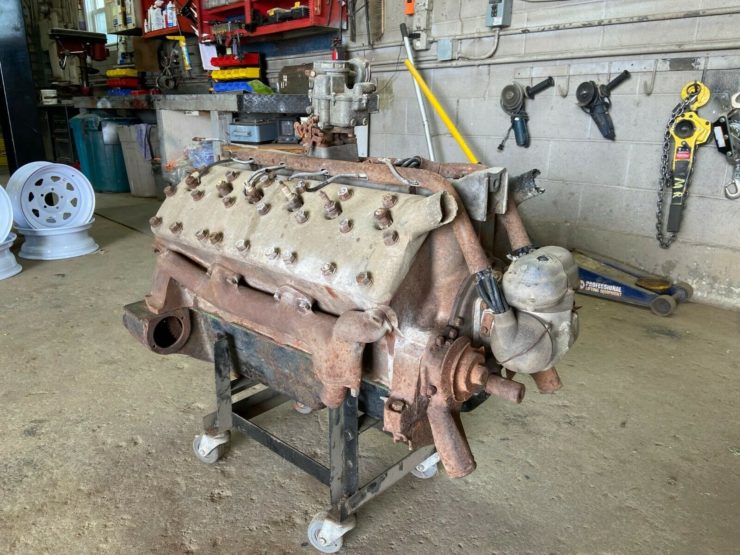 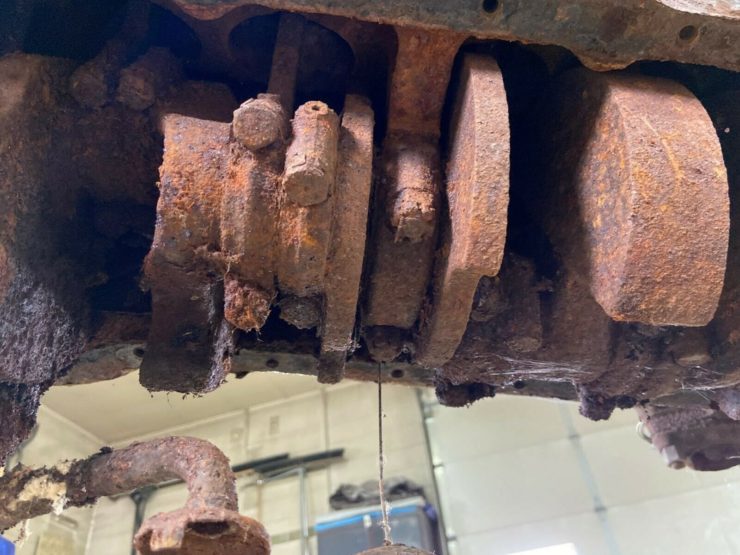