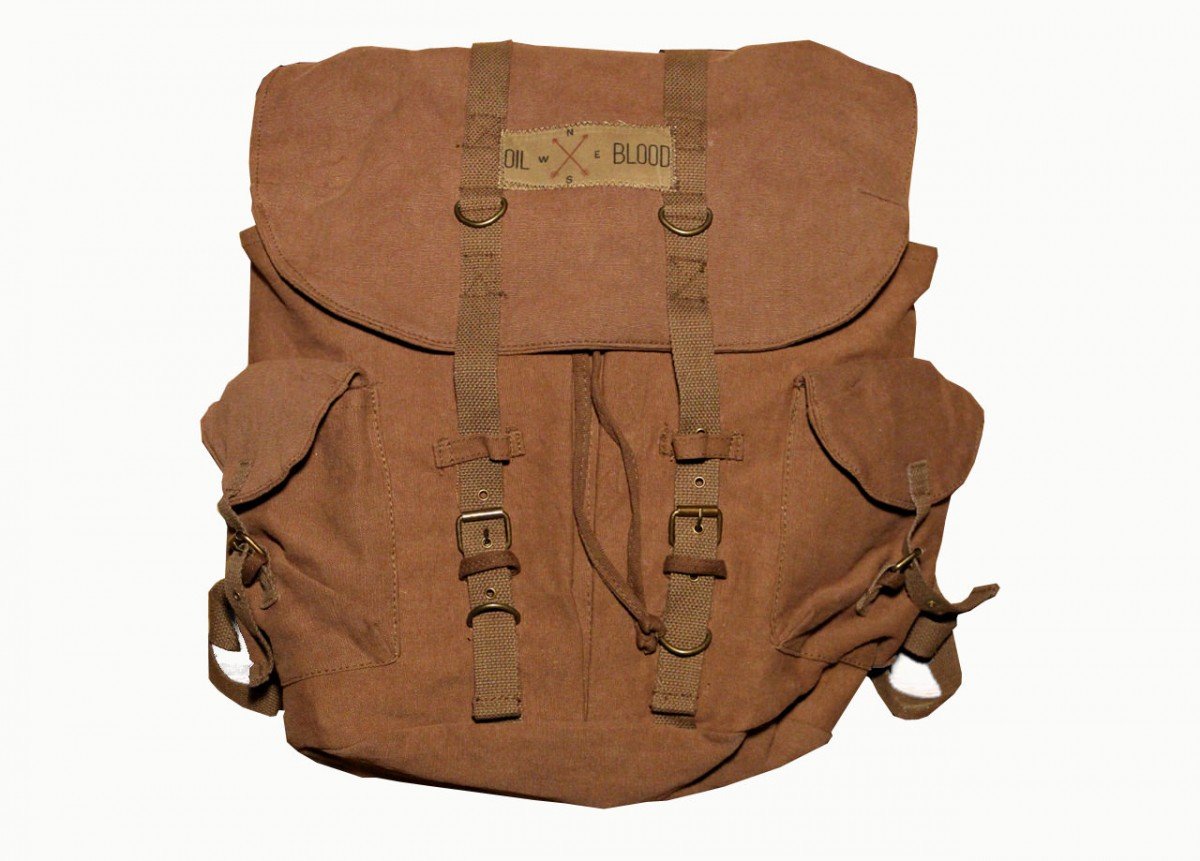 Oil & Blood is a small gear manufacturer based in Las Vegas, it’s owned and operated by Steve Carter and Luke Andrews, two native sons of Sin City who are passionate about motorcycles and handmade gear.

The backpack you see here is one of their most popular products, it’s designed in the style of the bags used by American soldiers during the Vietnam War, it’s made from washed out canvas and measures 18″ by 15″. 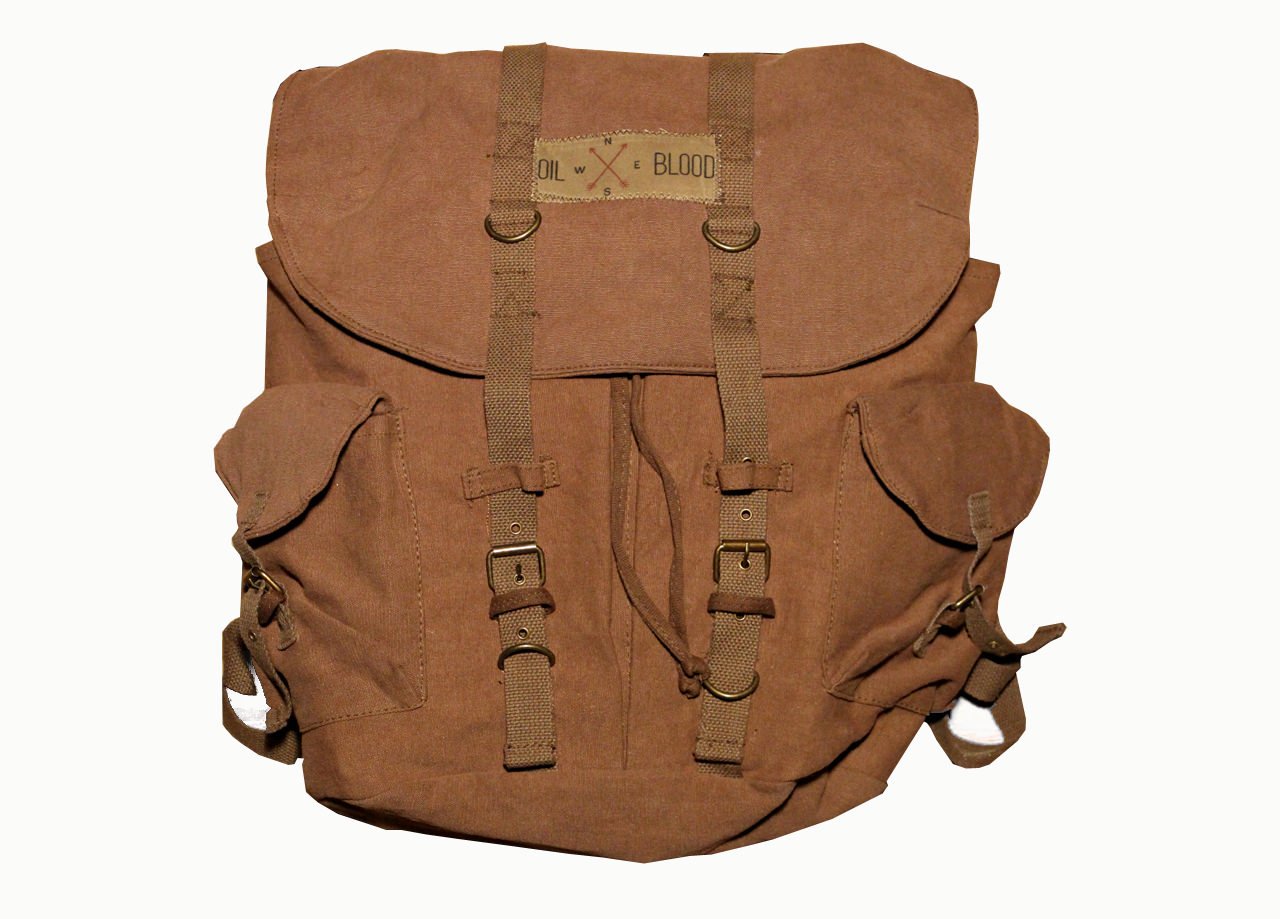