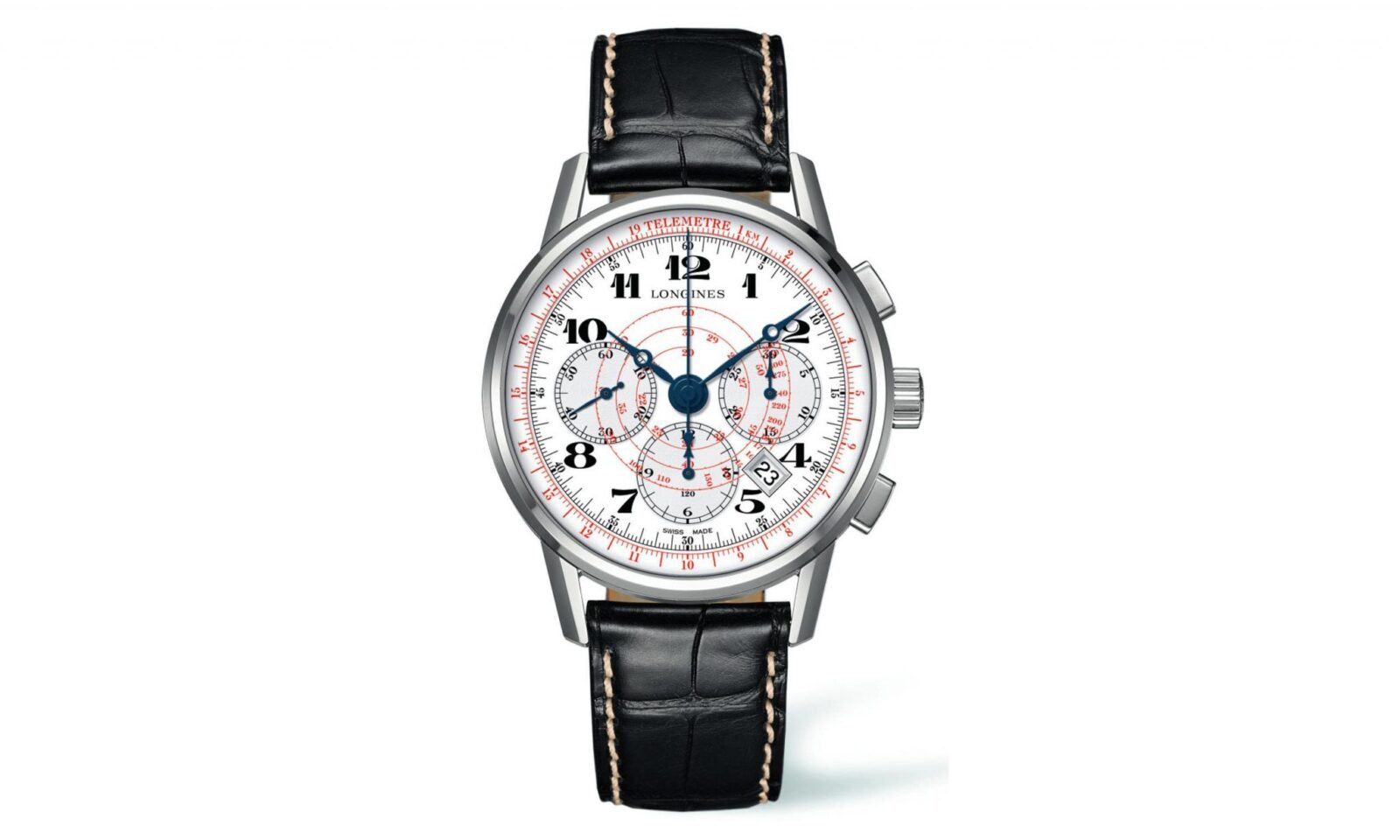 The classic telemeter chronograph wristwatch isn’t quite as common now as it used to be, for the uninitiated the red dial on the watch face is the telemeter scale, it functions as a method of measuring distance using the second hand of the watch to monitor time.

The telemeter has a multitude of measuring capabilities, most of them related either directly or indirectly to warfare, during WWII telemeter chronographs would be used to measure distances to torpedo strikes, artillery guns, snipers and other noisy nuisances where an exact range measurement was handy for effectively returning fire.

The Longines Telemeter Chronograph is styled very closely after these wartime watches, it has a self-winding mechanical column wheel chronograph movement beating at 28’800 vibrations per hour and providing 54 hours of power reserve. 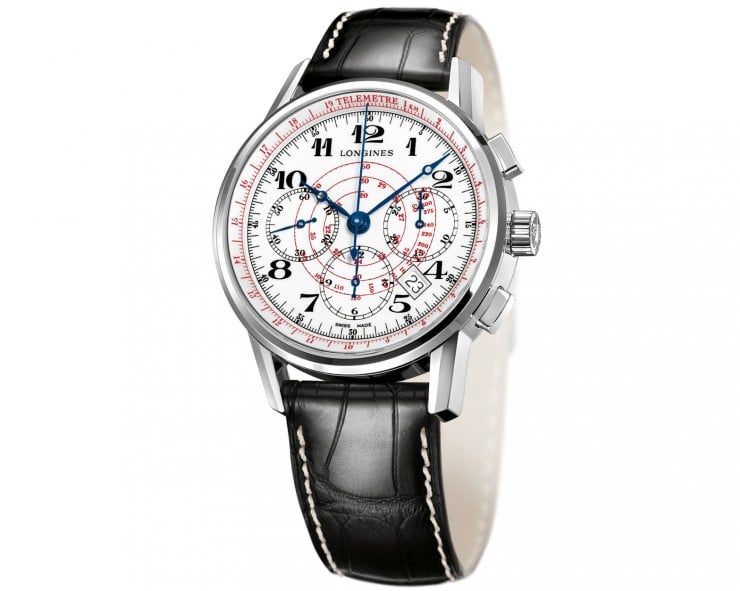 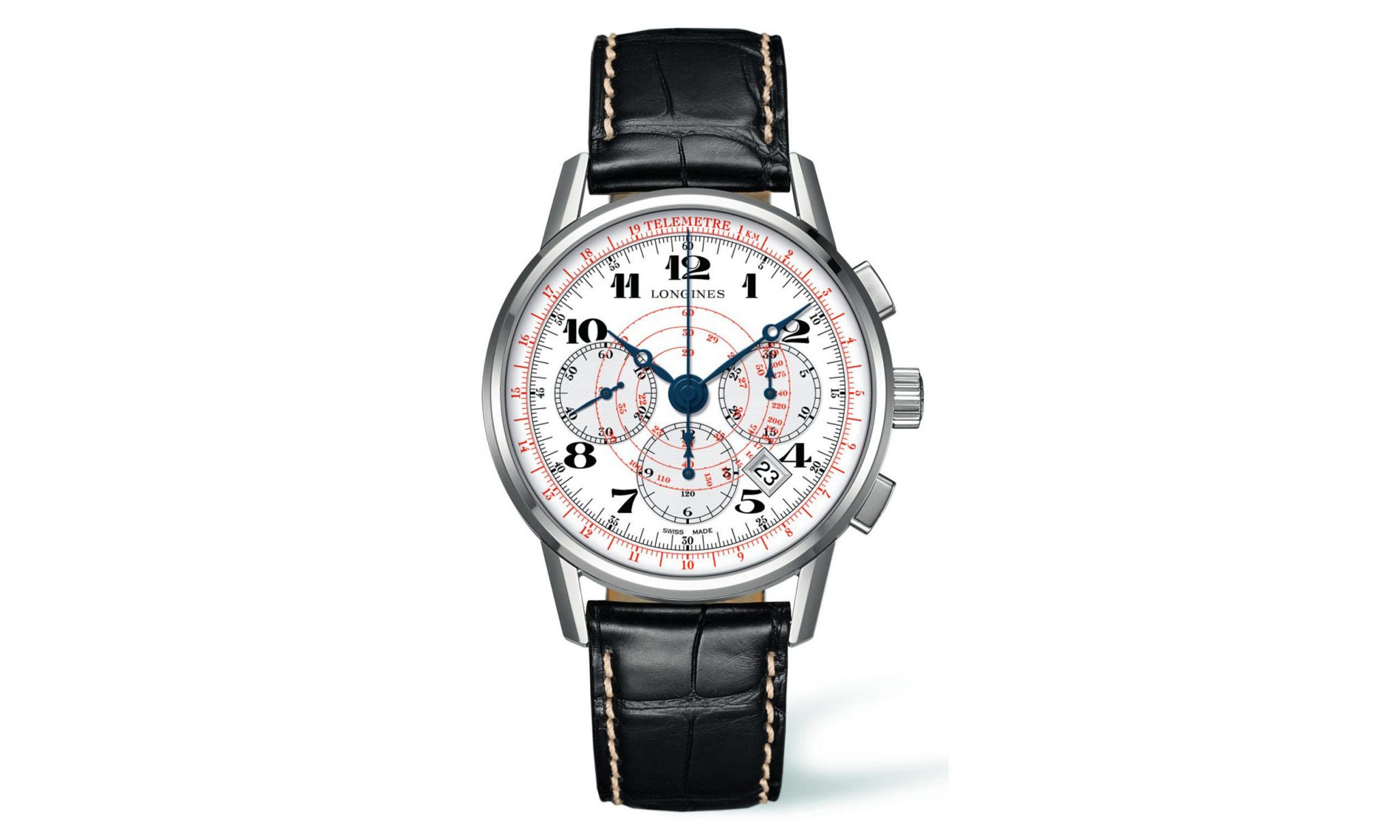