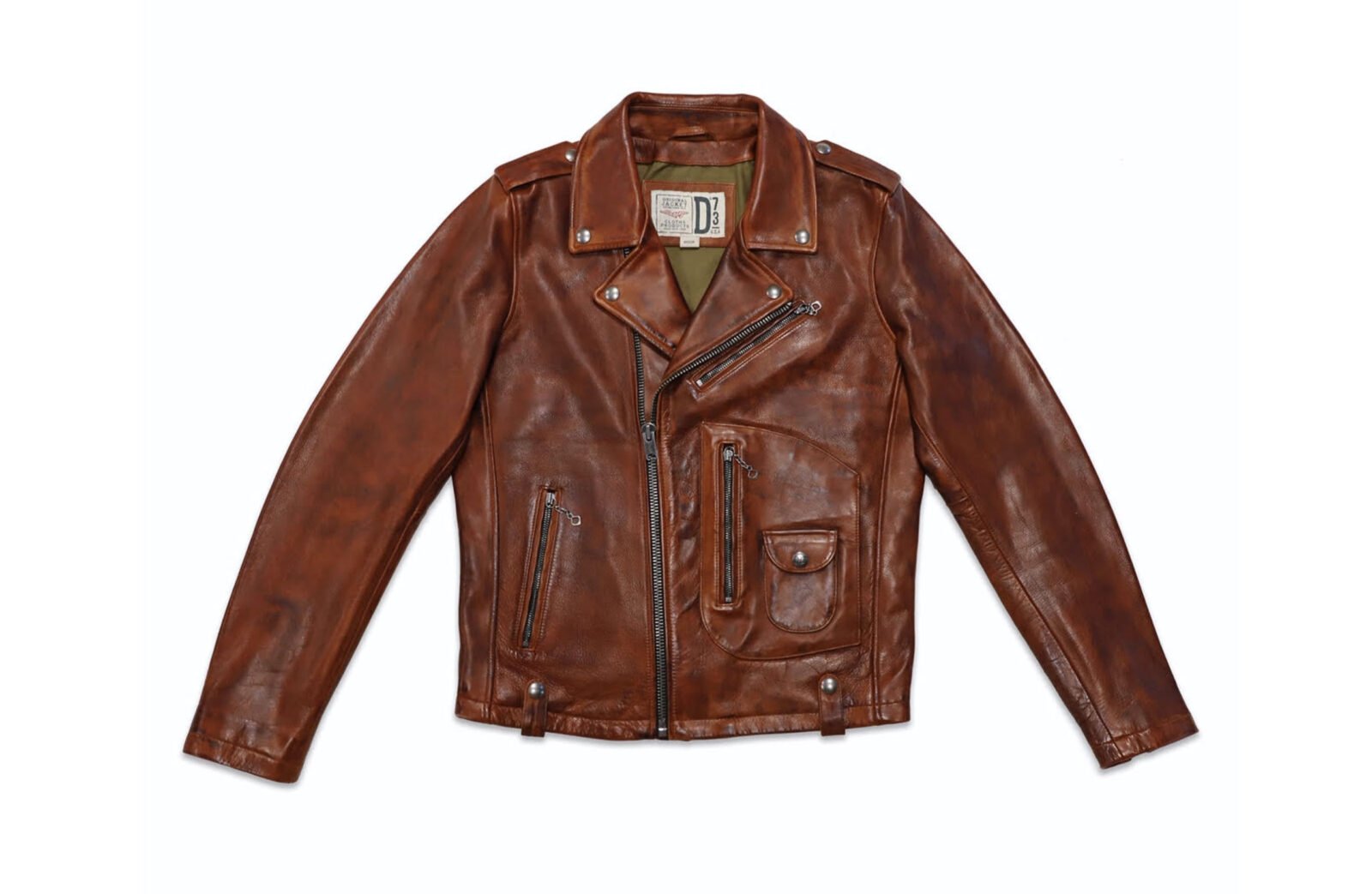 The Redford is a quintessentially American design, a classic mid-20th century leather motorcycle jacket with the asymmetrical front zipper, a button down collar, and adjustable zipper-closed sleeves to accommodate motorcycle gloves.

This style of jacket was made famous by Marlon Brando in the seminal 1953 outlaw bike film “The Wild One”. By the end of the 1950s the Brando jacket was almost a de facto uniform for motorcyclists in the United States, and over the past few decades they’ve been worn by everyone from the Hells Angels to Harrison Ford.

The D73 Leather Company was originally founded in France before moving their operations to the United States, they’ve now been in business for over 40 years, and their jackets are prized for their exceptionally high quality – and for the fact they’re rare, you’re unlikely to ever see someone else wearing one. 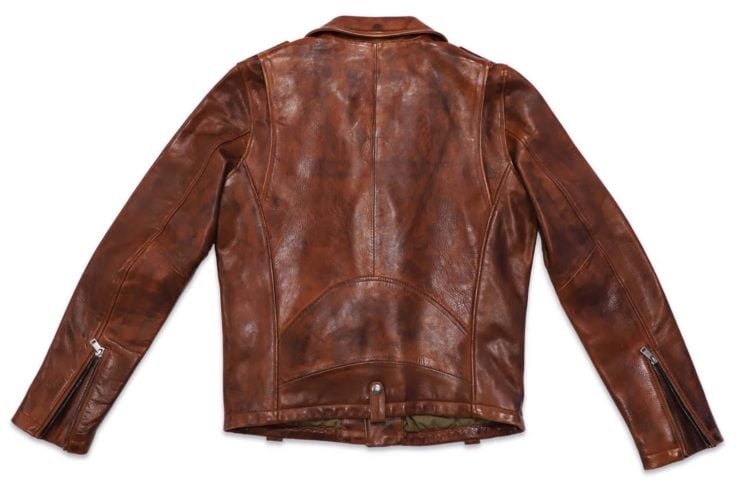 The Redford is made from high-quality, top grain cowhide. It’s vegetable-tanned and drum dyed to coat the jacket and strengthen it, whilst also increasing longevity.

As you would expect it has a snap-down collar, a feature designed to stop the collar from flapping around when you’re on your motorcycle on the highway doing 80 mph.

There are three interior chest pockets of varying sizes to accomodate items like smartphones, wallets, keys, etc. The jacket runs true to size and it contours to the body, picking up its own natural patina over the decades.

Editor’s Note: The tan version of this jacket sold out within hours of it being published on Silodrome but the jet black version is still available in sizes S, M, and L at the time of writing. The link below has been updated. 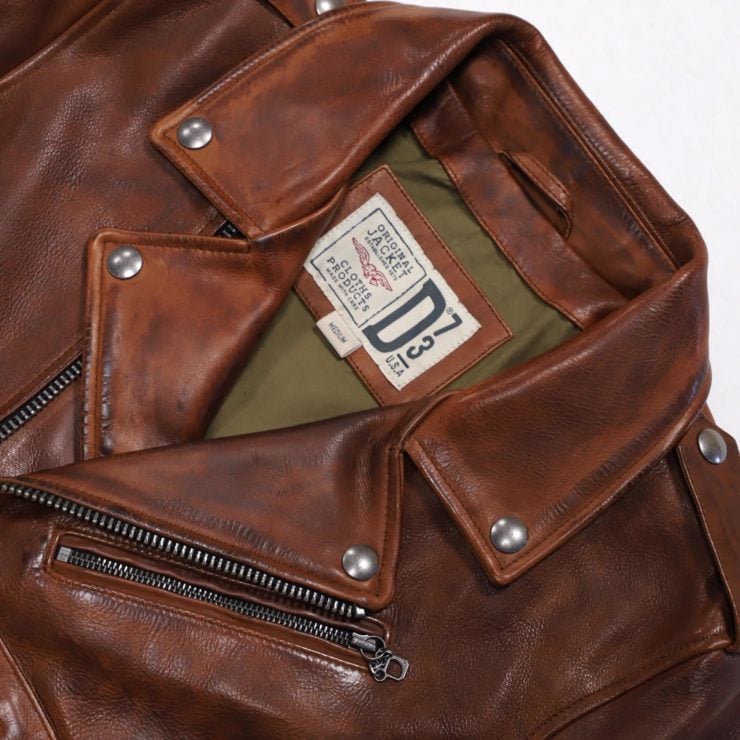 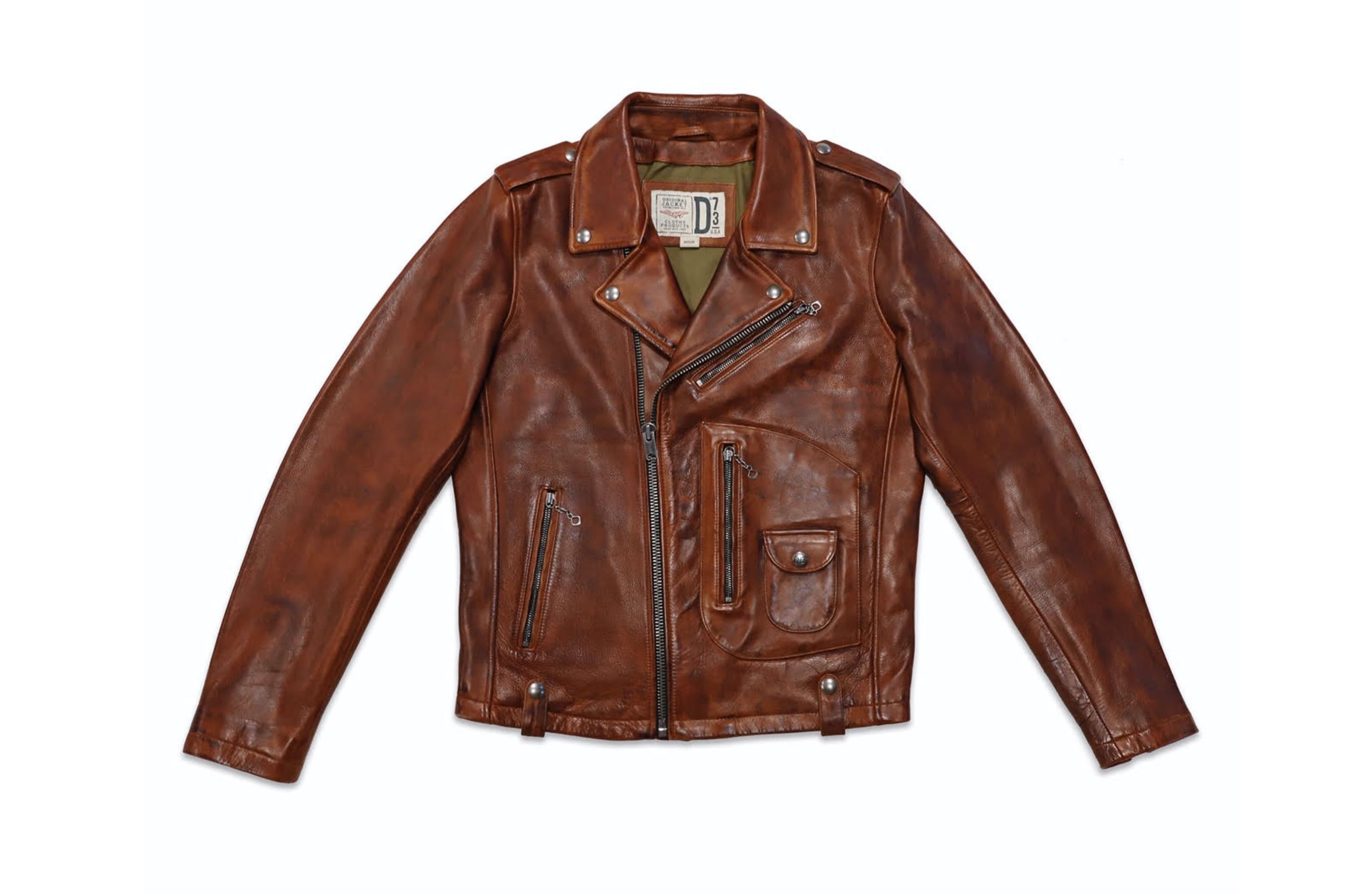