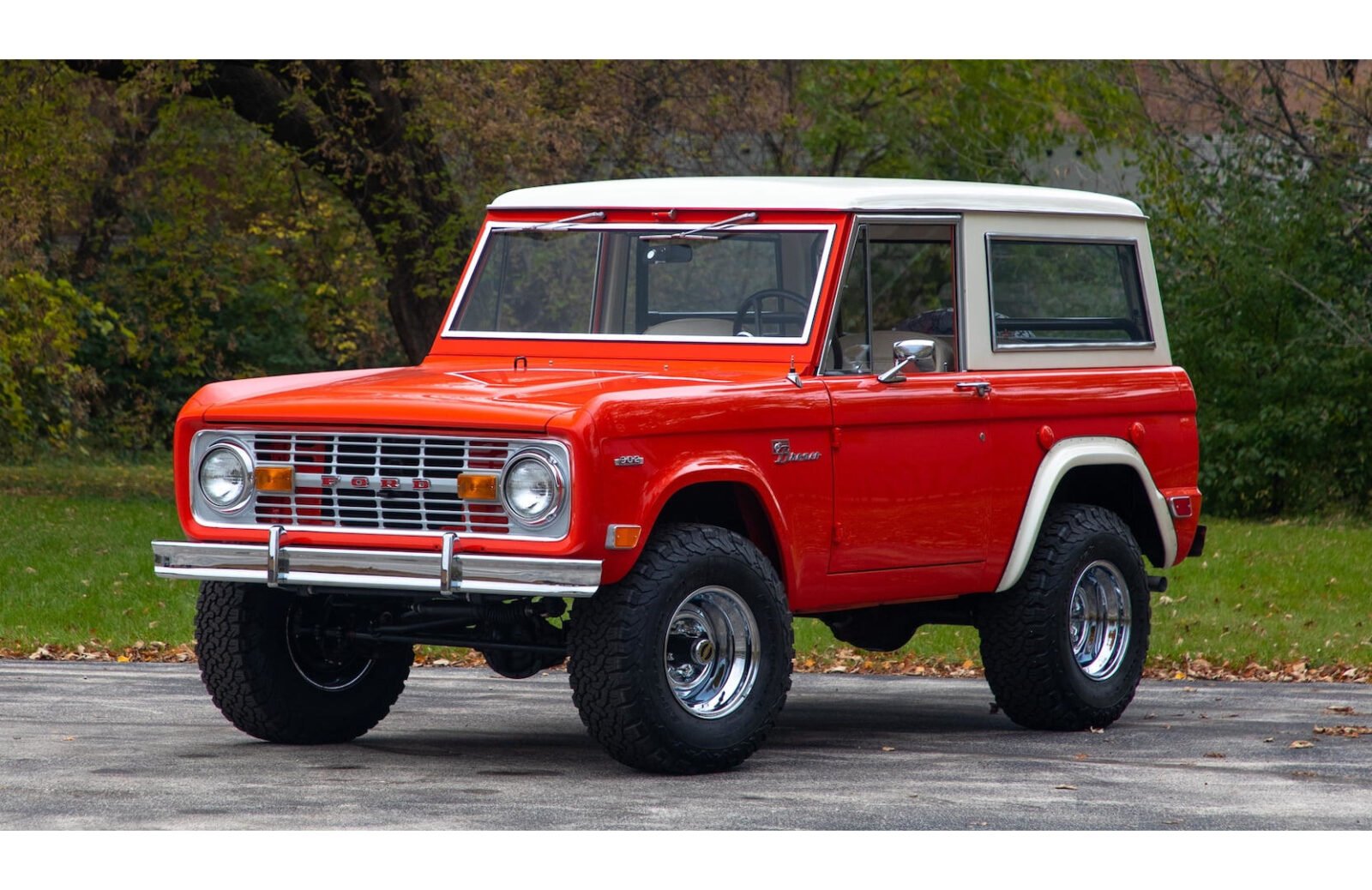 This is the Bronco Hunter, it’s a prototype vehicle that was built by Holman & Moody and Bill Stroppe in 1969 – and no one is entirely sure why.

What we do know without a doubt is that this 1969 Ford Bronco was a special order unit that was delivered from the factory to the Ford Research and Engineering Department – it was optioned with front and rear Traction-Lok differentials, large tires, the Bronco Sport trim package, as well as numerous other special options and features.

Unusually this Bronco has a Ford “Test Vehicle” order code and the Ford Motor Company is listed as the selling dealer, this means that this vehicle was one of the famous “Dollar Cars”, vehicles that were not given away but rather sold for exactly $1 in order to bypass the ban on sponsoring motorsport. 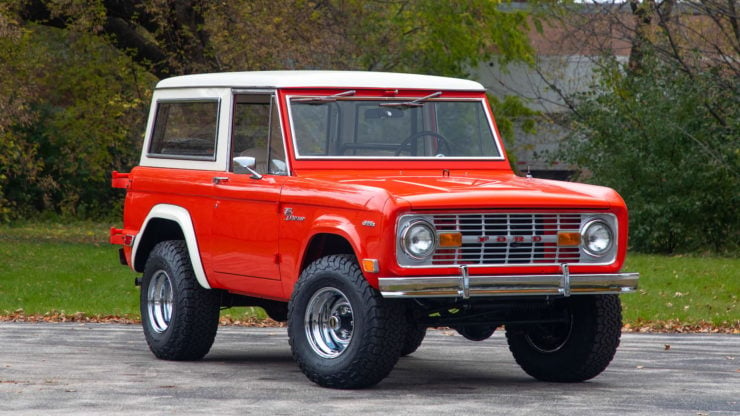 Holman & Moody and Bill Stroppe and Associates, also known as “HMS,” became famous in the 1960s and ’70s for their off-road race teams that won a slew of major off-road races including the Mint 400, the Baja 500, and the Baja 1000. The team’s drivers included luminaries like Parnelli Jones and Hollywood A-list superstar James Garner.

Once the special Bronco arrived at HMS they renamed it the “Bronco Hunter” and no one is entirely sure what the name meant, though it’s been suggested that it may have been built at a prototype “chase car” used to carry mechanics and spare parts during events like the Mint 400 and the Baja 1000. This is purely conjecture though, and the history of this vehicle is still being unraveled.

What we do know is that once the Bronco arrived at HMS they removed the official Ford VIN plates and replaced them with their own VIN plate carrying Holman-Moody serial number HM9028 S. Original delivered in Wimbledon White it was resprayed with a high-visibility orange paint scheme – a color choice that would not be offered by Ford on the Bronco until the release of the Baja Bronco model in 1971.

Other parts fitted to this car by HMS include rear fender flares, a roll bar, a padded steering wheel, and power steering – these items were also not seen on a production Ford Bronco until the Baja Bronco was released. Some have wondered if this vehicle is the prototype of the Baja Bronco that Ford used as a starting point based on the improvements made by Holman & Moody and Bill Stroppe and Associates. 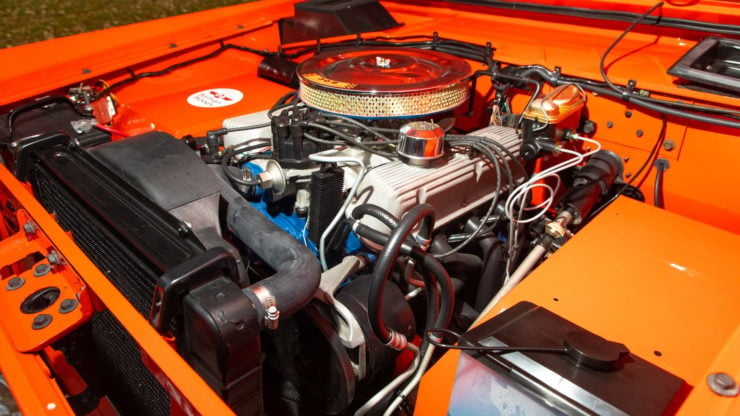 The history of the Bronco Hunter after it left HMS is largely a mystery. It resurfaced in rough condition in a salvage yard in Phoenix, Arizona. The original Ford VIN stamped into the right frame rail was researched by Colin Comer, he got the vehicle’s Marti Report which began to answer questions about the unusual Bronco and its Holman-Moody VIN plate.

The numbers on the car all matched up, meaning this was the real Bronco Hunter, a car that the Bronco community knew about but had assumed it had been scrapped or otherwise disappeared. Once he bought the car and established its authenticity, Comer gave it a 2,400 hour concours-level restoration.

The 302 cu. in. V8 has been blueprinted and dyno-tuned, it’s mated to a 3-speed manual gearbox with a period floor shift conversion, and perhaps most importantly, it’s wearing a fresh coat of its original HMS orange paint.

Mecum will be offering the Bronco Hunter at auction in Kissimmee, Florida. If you’d like to read more about it or register to bid you can click here to visit the listing. 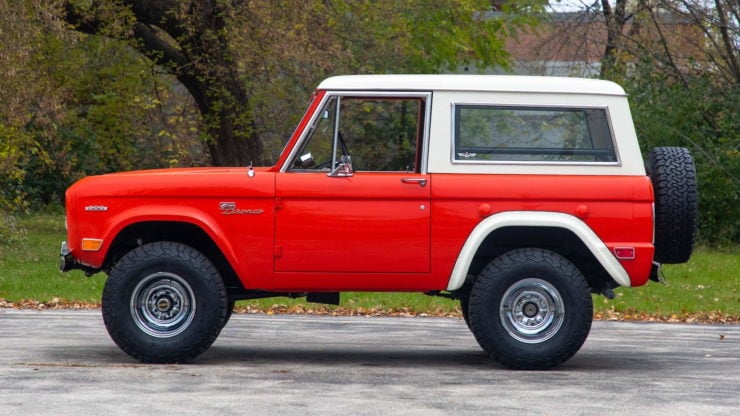 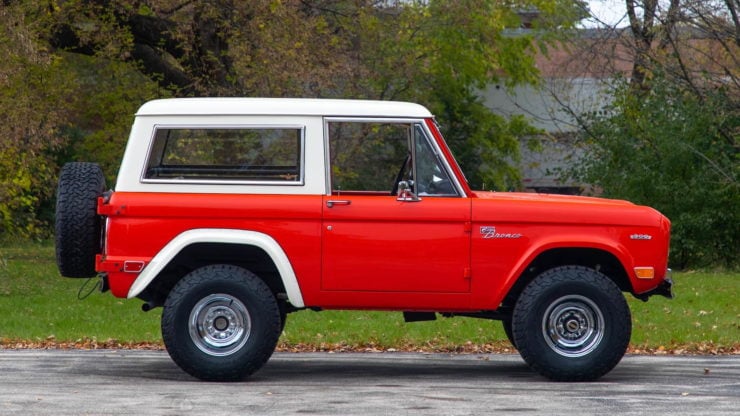 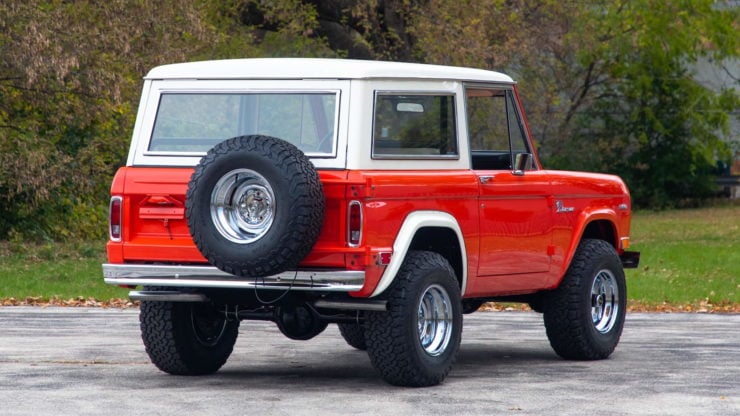 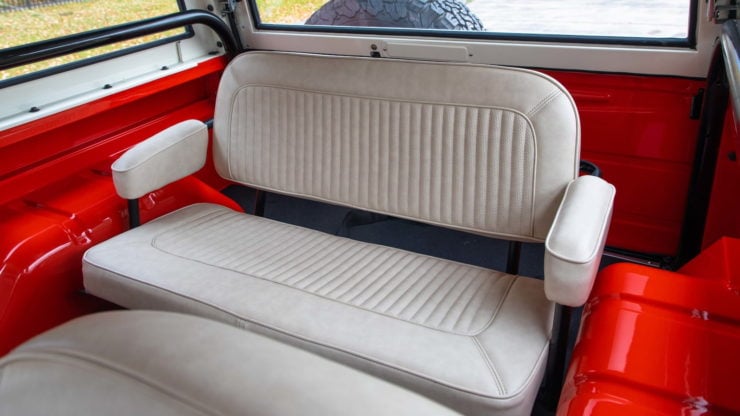 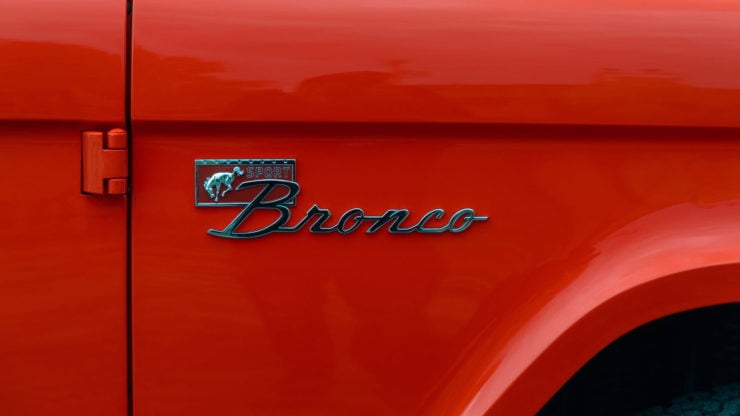 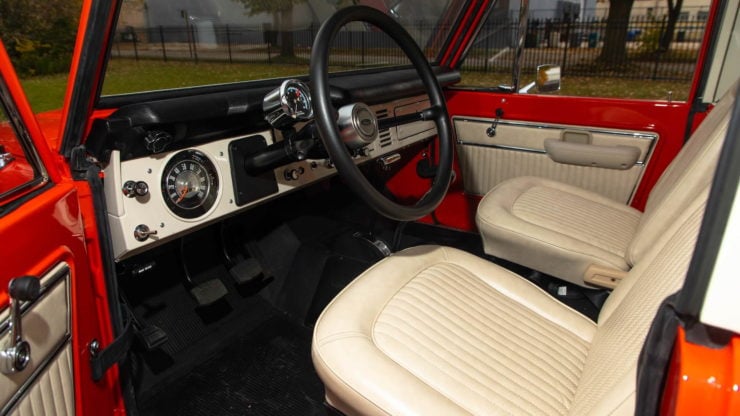 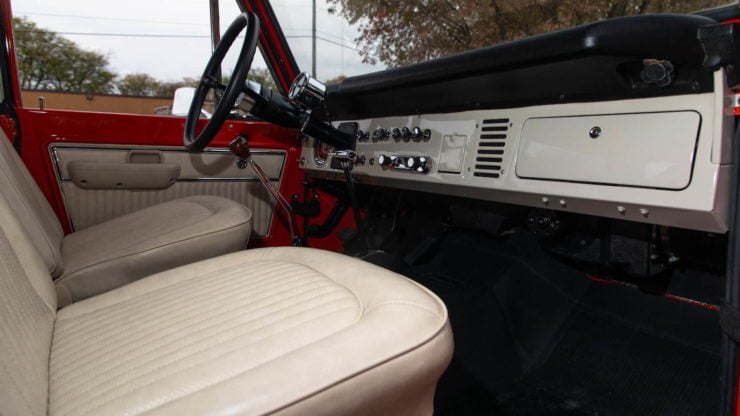 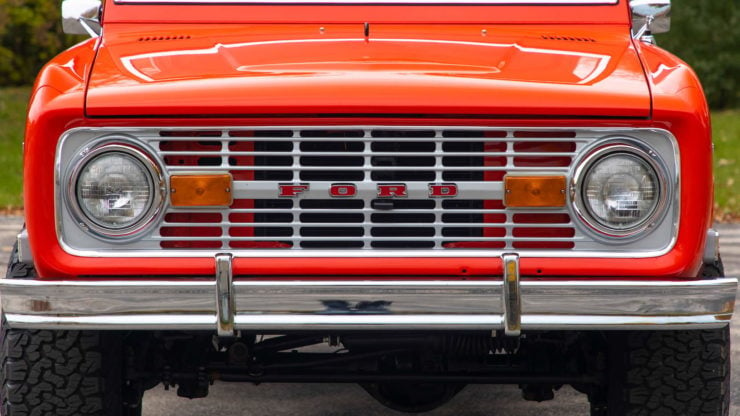 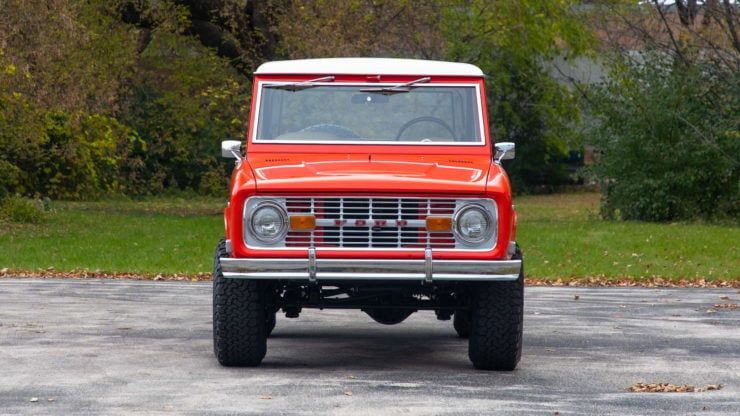 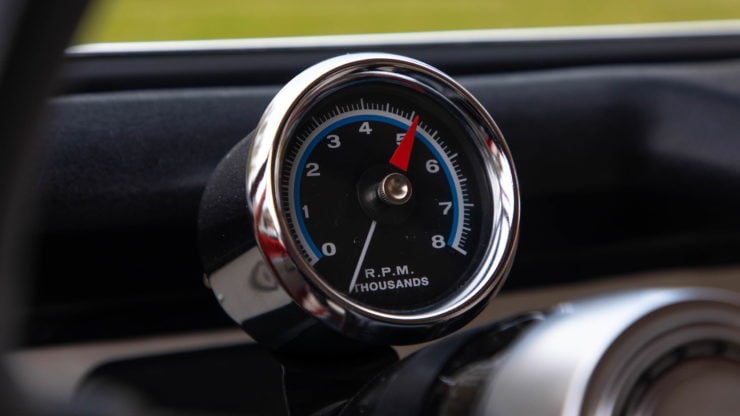 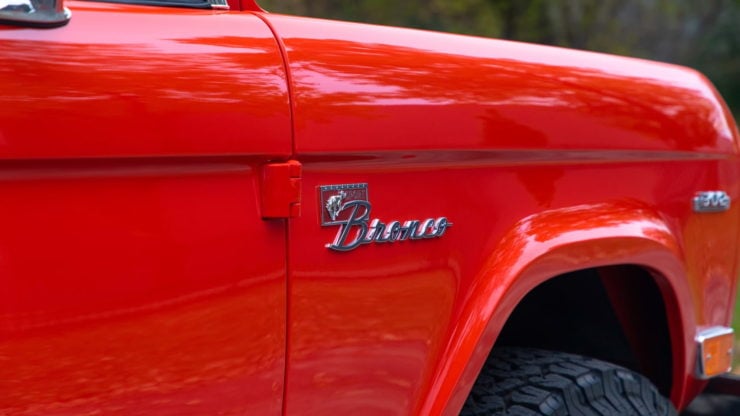 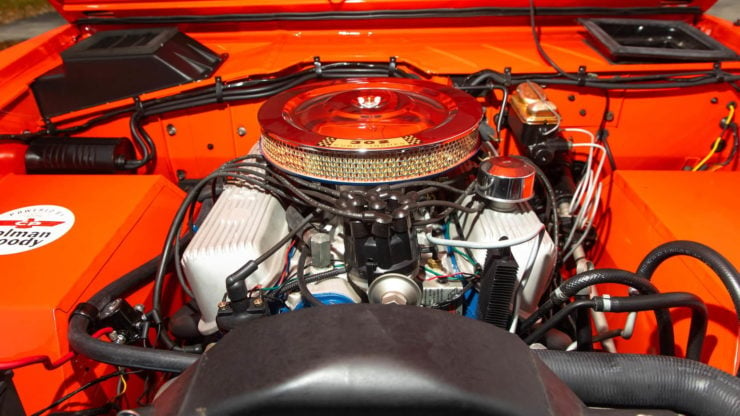 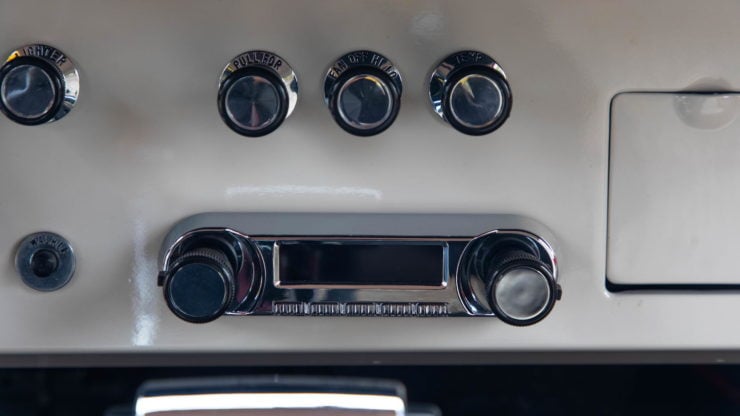 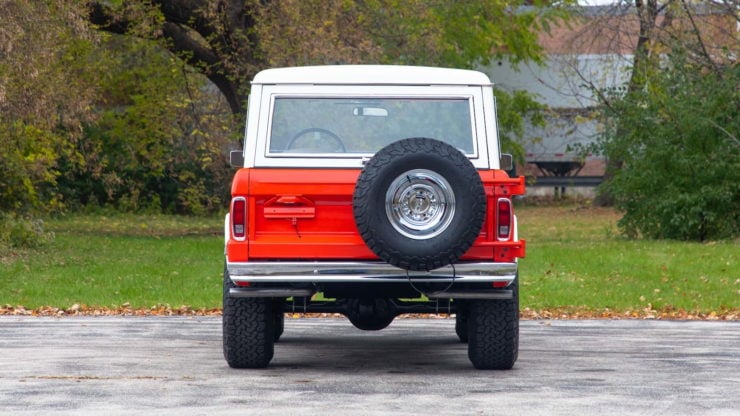 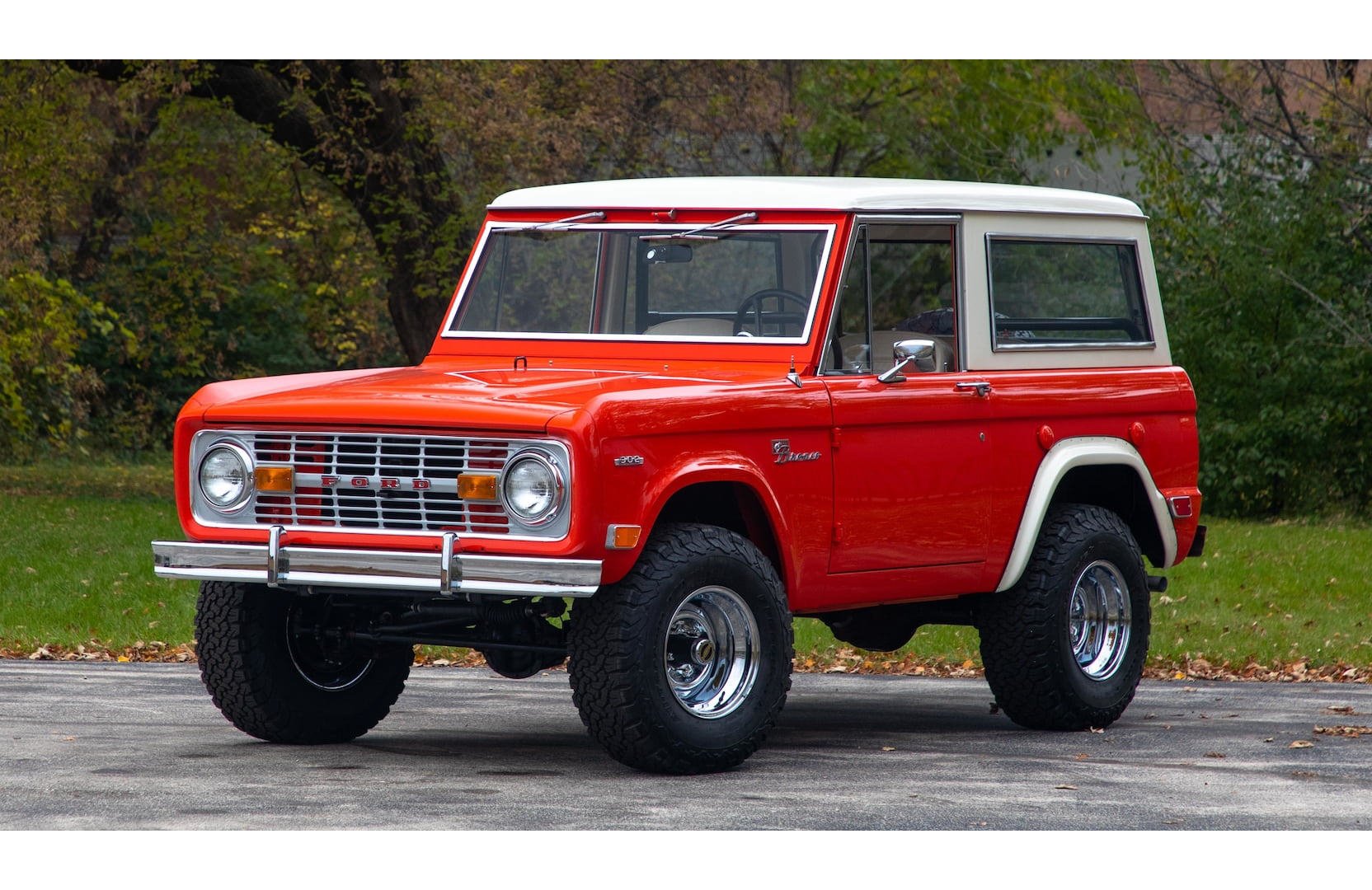 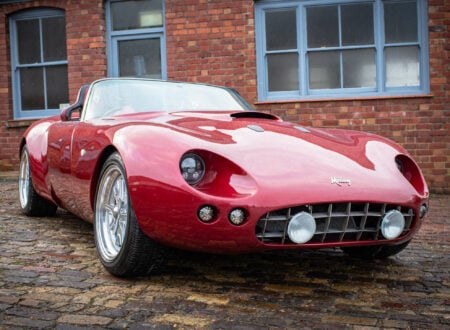 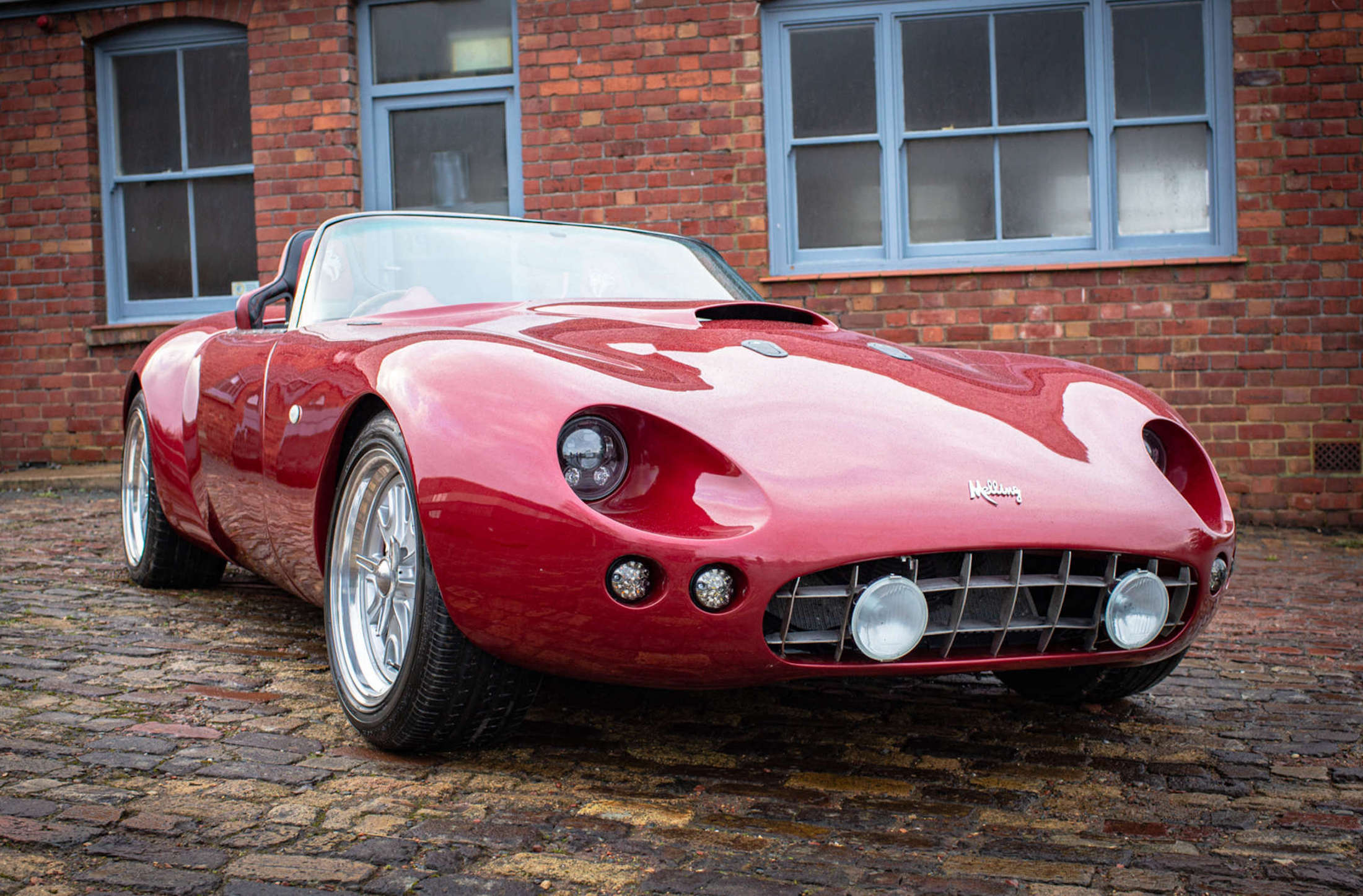