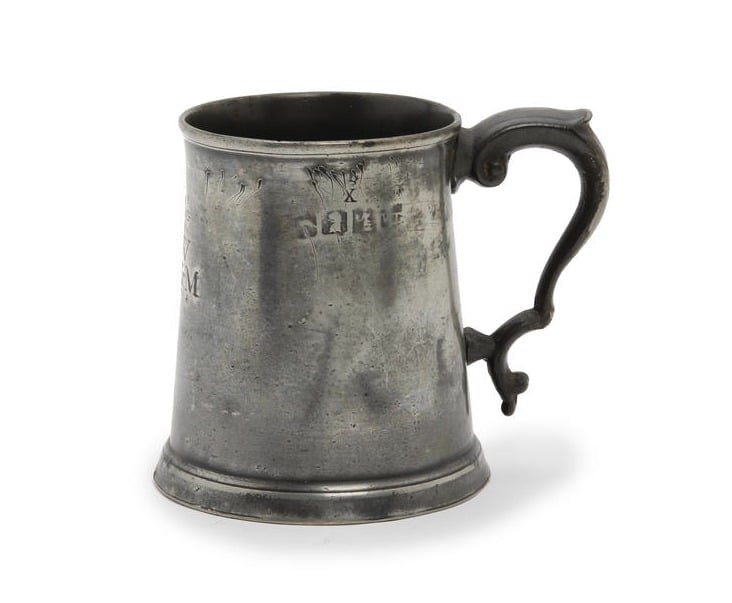 It might surprise you to learn that there’s a huge community of people who collect pewter tankards like this that date back hundreds of years, a lot of the mugs have the name of the pub they were cast for engraved on them to try to offset the rampant thievery of the era.

It may surprise you a little further to learn that many of these beautiful old pint mugs only cost $80-$150 USD each, making them an entirely affordable acquisition for almost everyone.

I find the idea of swilling my ale from a 230 year old pewter tankard highly appealing, if you do too you can check out the upcoming Bonham’s auction of the The Michael Boorer Pewter Collection here, there are hundreds of tankards just like this ranging from $70 USD right the way up to $4,000+ USD.

There are many unusual Austin 7-based racers in the world, the humble 7 was Britain’s answer…