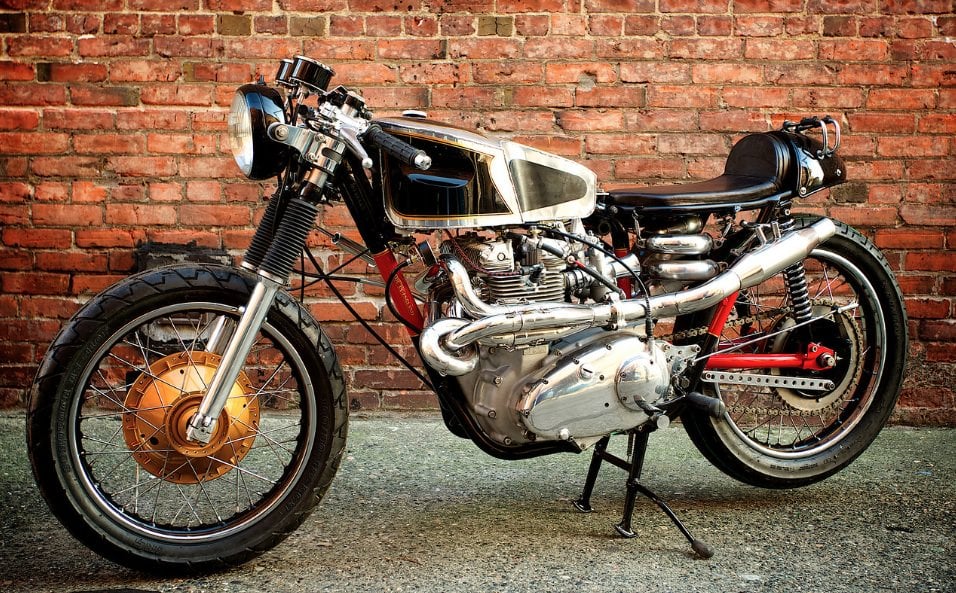 We’ve featured the gloriously heretical work of Super Rat Motorcycles in the past and so it was with great interest that I learned they’d built a new motorcycle, doubly so when I was told it was a Triumph Trident cafe racer.

This new bike was built by Super Rat owner Mark Lars Olav Bjorklund as a personal motorcycle rather than a customer bike, he’d had an old Triumph Trident sitting in boxes around his garage for years and it was a friend of his with a love of vintage British iron who finally managed to convince him to build it into something unusual. 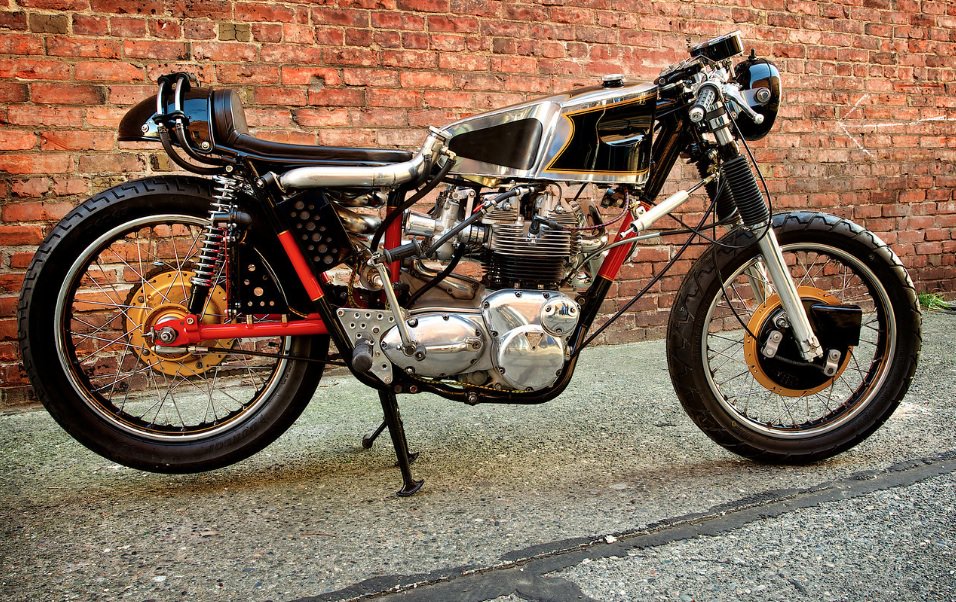 Super Rat’s motorcycles have been largely defined by their raw sheet metal and elaborate, unique structures and this Trident cafe racer is no different. It was built slowly over a period of a few months inbetween customer jobs and Mark has really thrown his own personal style into the bike. If you take a look under the seat you’ll notice a coiled oil tank which doubles as an oil cooler, you’ve probably also noticed that the exhausts intertwine together so beautifully it’s almost obscene.

That handmade fuel tank has something of the 1920s about it that I can’t quite put my finger on and the gold-anodised front and rear drum brakes are an exceptionally nice touch. Understandably, this bike isn’t for sale, but if you’d like to see some more images you can click the link here to visit Super Rat Motorcycles and read a little more about this one of a kind Triumph Trident. 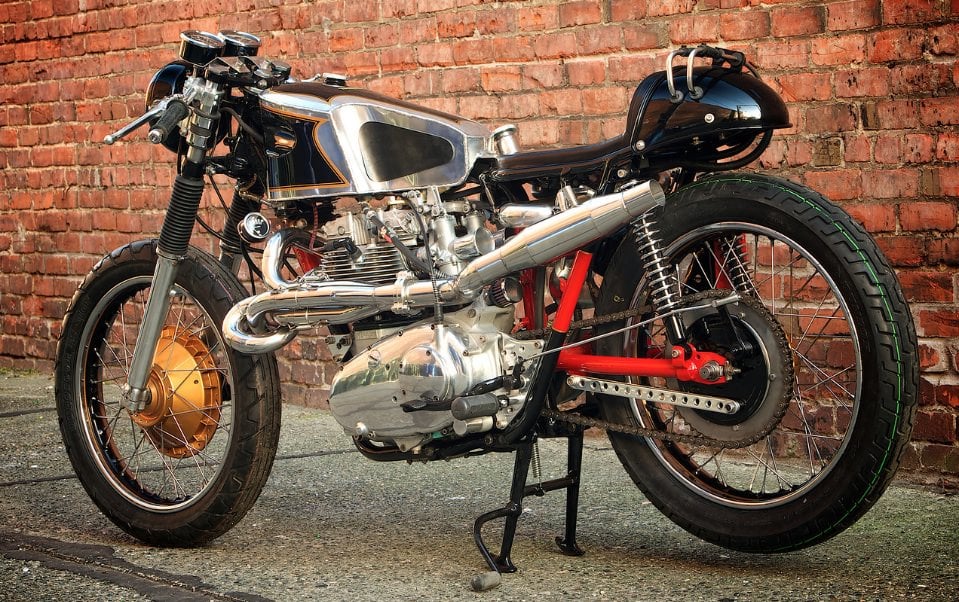 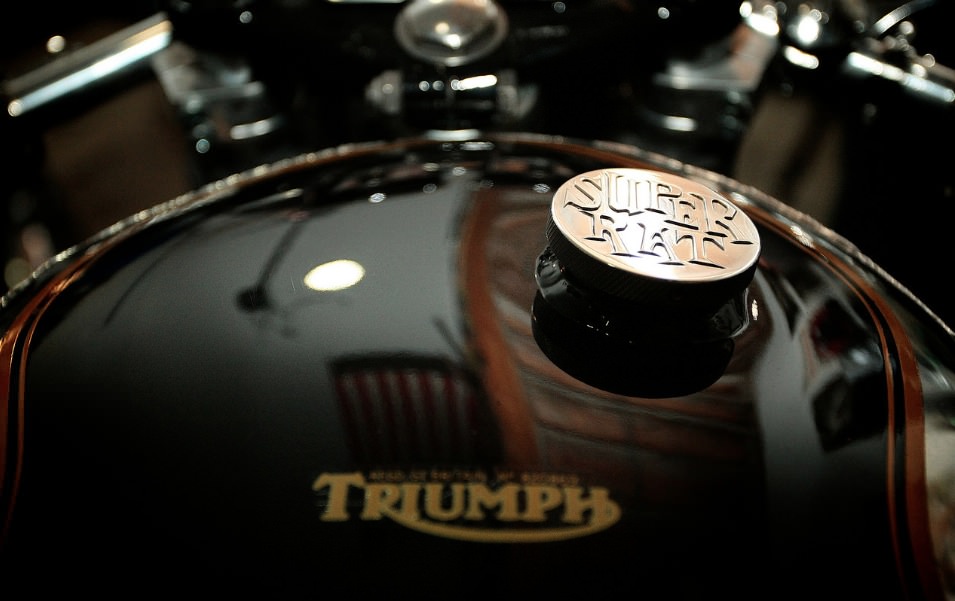 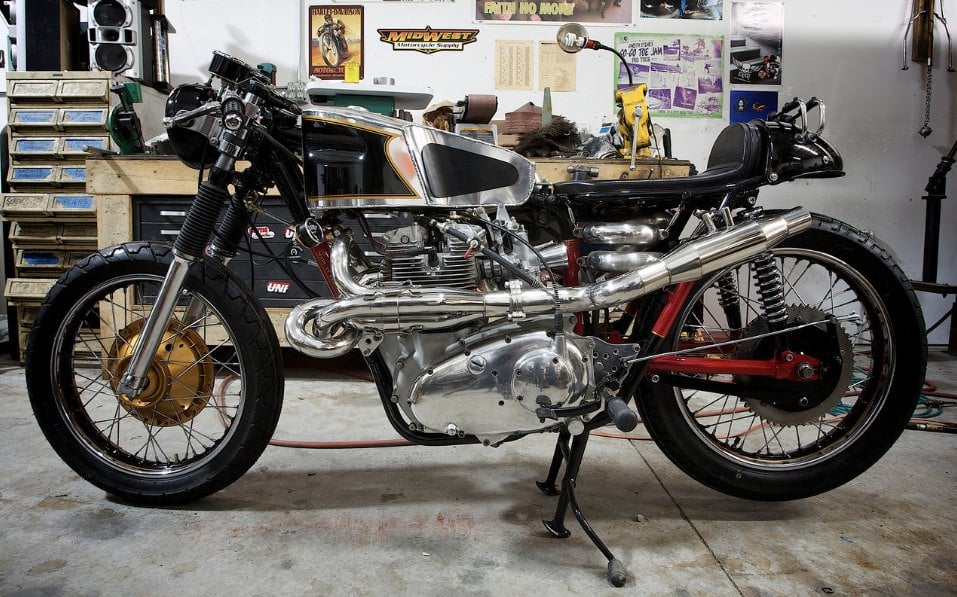