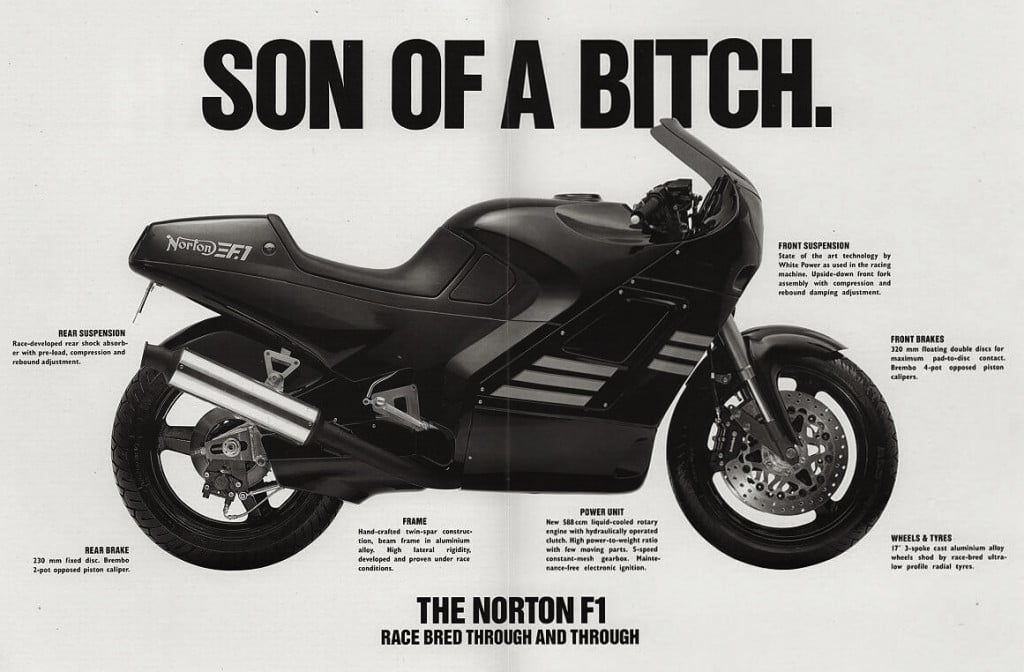 The Norton F1 was a Wankel rotary powered road bike built by Norton Motorcycles between 1989 and 1991. It had an engine capacity of 588cc, race spec suspension, an aluminium alloy frame, a hydraulically operated clutch, 5 speed transmission and front/rear disc brakes.

The bike was a revelation when it was released and the original race version won its first ever outing at Brands Hatch, the road going version was put on sale a year later for £12,000 (a stupendous amount of money at the time) and saw limited sales success, it also had issues with excessive emissions and overheating but none of this ever concerned me. I wanted one then and I still want one now. 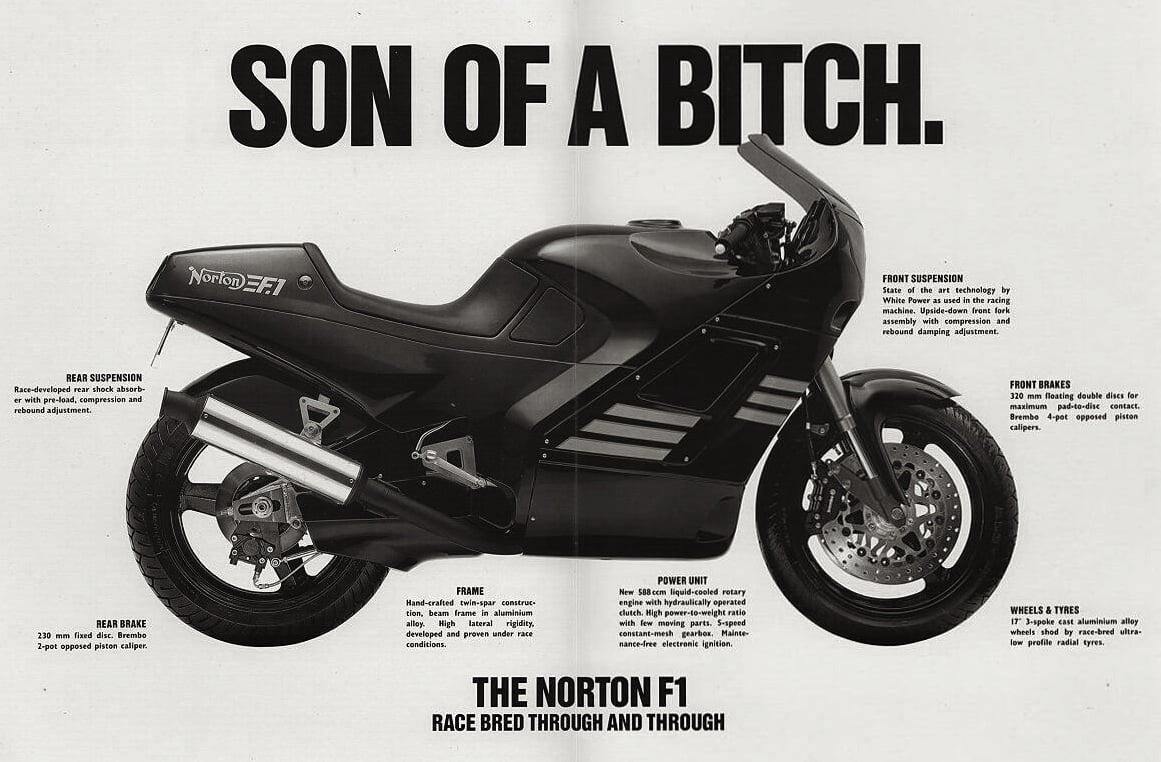