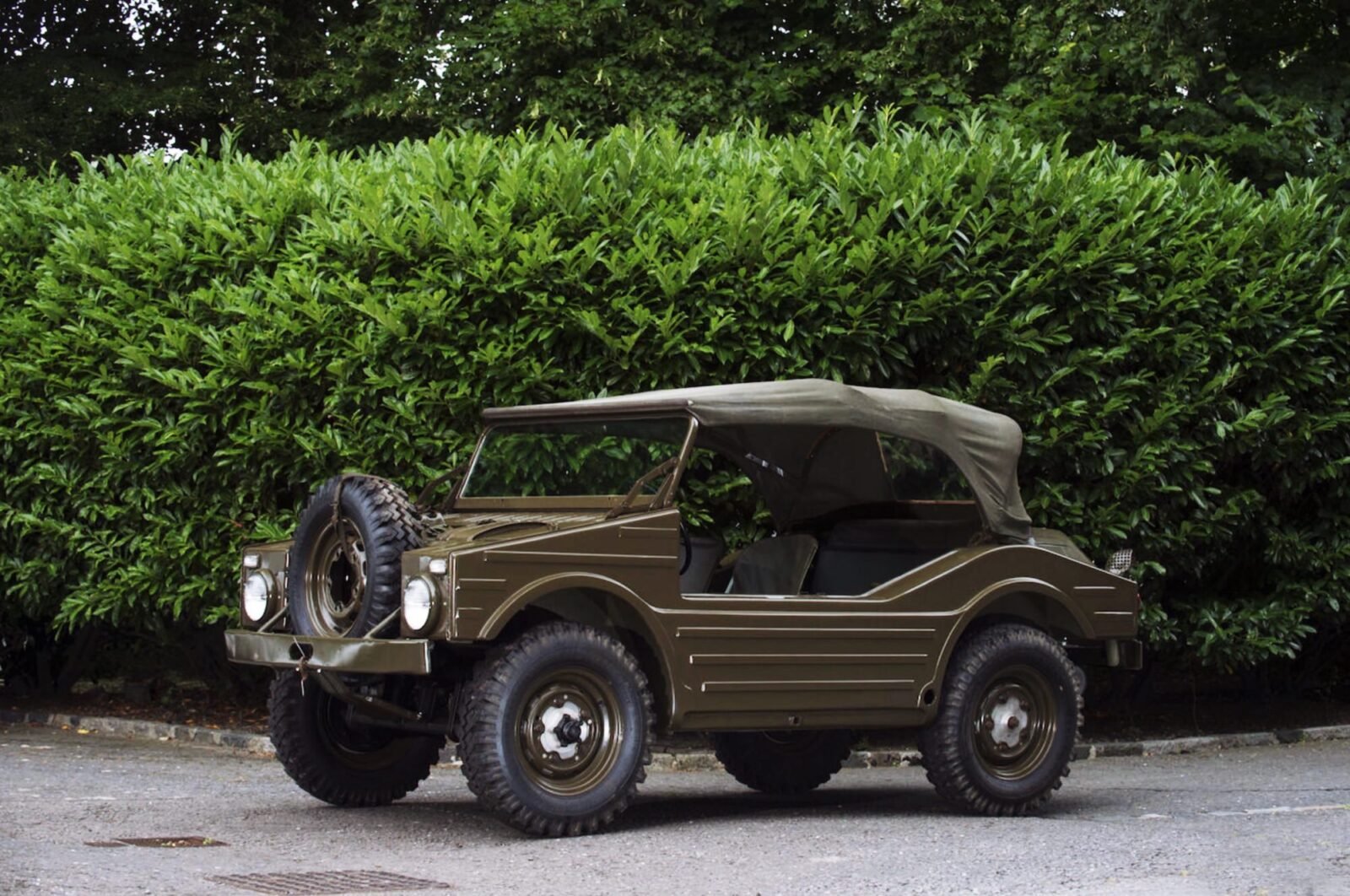 The Porsche 597 Jagdwagen is a 4×4 developed by the German marque in 1953 as a prototype for tender to the German Army, as a vehicle comparable to the Jeep, Land Rover, Kübelwagen, and to a lesser degree, the Unimog. The contract would eventually go to the DKW Munga, as there was no feasible way for the fledgling Porsche factory to meet the sheer volume needed by the military. Despite this set back, Porsche still built 71 units – selling many of them to civilians.

The design of the Jagdwagen was influenced mostly by the Volkswagen Kübelwagen – which should be no surprise given that Ferdinand Porsche designed the Kübelwagen for military use during WWII. Ferdinand integrated a series of improvements into the Jagdwagen that had been learned during the production of the Kübelwagen, including high sills which allowed it to float on water, the wheelbase was also shortened, and the spare tire was moved from a position flat on the hood to a mounting position between the headlights.

As with the Kübelwagen, the Porsche 597 Jagdwagen had independent front and rear suspension, and a mostly flat underbody. This allowed it to almost skate across deep snow and mud, and should a river crossing be required the Jagdwagen could literally be driven across (with a few leaks) thanks to the aforementioned high sills.

The first Porsche Jagdwagens were fitted with the same 1.5 litre flat-4 used in the Porsche 356, later models would get an upgrade to the 1.6 litre engine offering a little more horsepower and torque. The transmission used was a 5-speed unit offering on-the-fly switching between two and four wheel drive, and it was capable of a sustained 100 km/h – making it one of the quickest 4x4s of the era.

This particular Jagdwagen was originally delivered to a civilian owner in 1957, since then it’s made its way into a private Japanese collection, where it’s been maintained in remarkably original condition throughout.

We very rarely see these come up for sale, and when they do the values can be hard to predict. Bonhams will be selling this example at the Goodwood Revival on the 10th of September with an estimated hammer price of between £170,000 and £200,000, if you’d like to read more about it or register to bid you can click here. 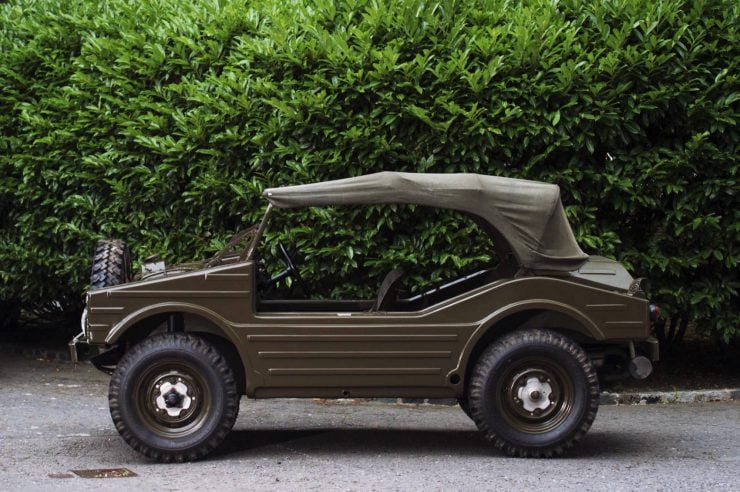 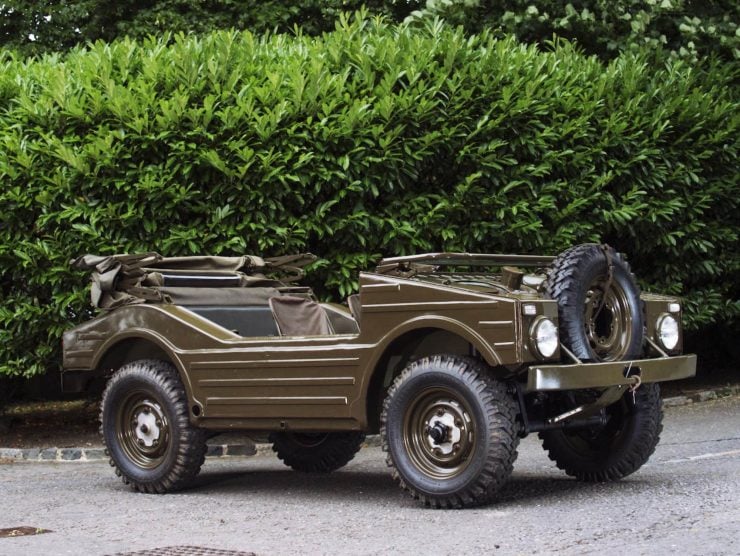 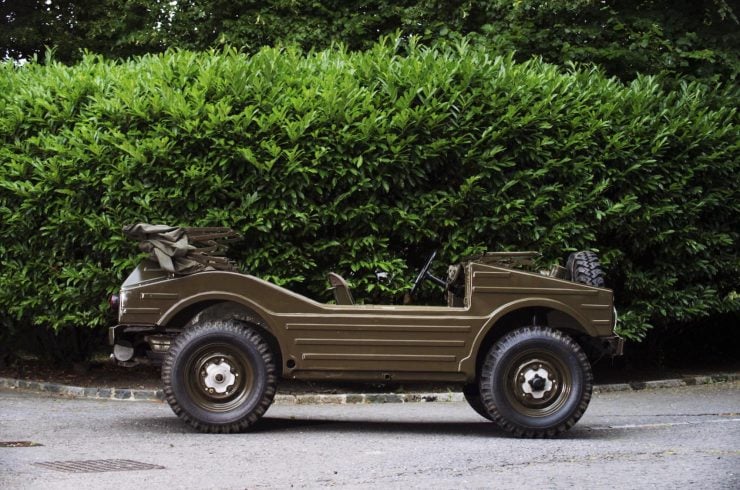 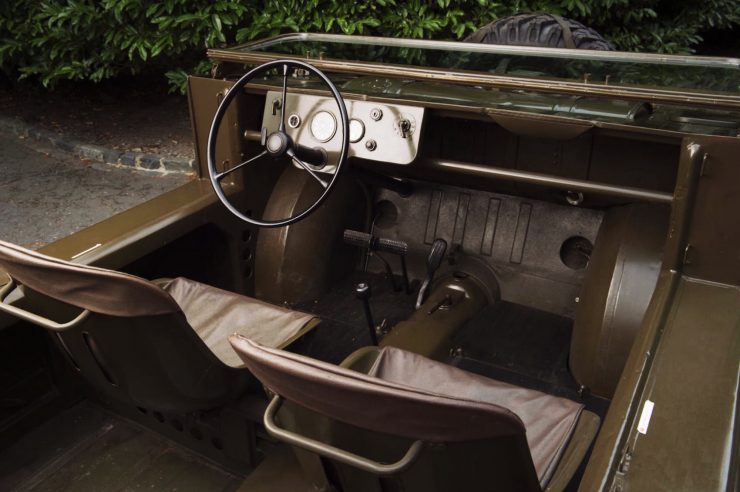 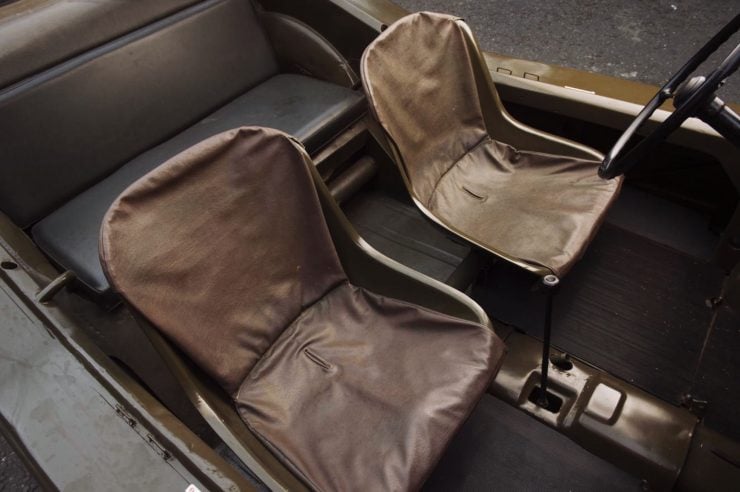 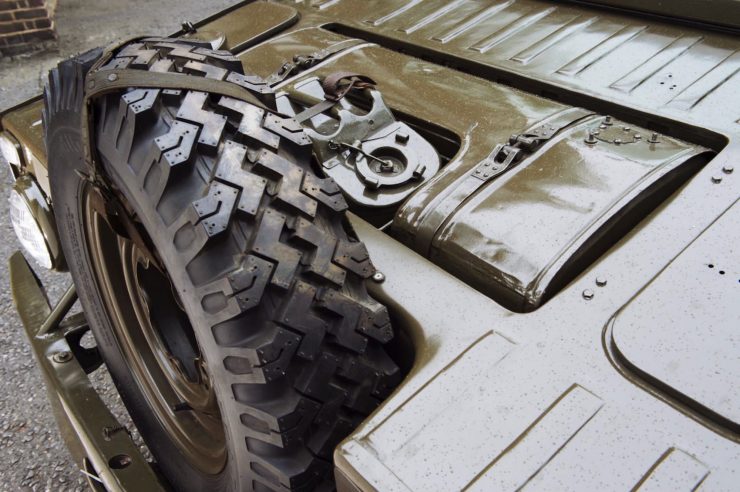 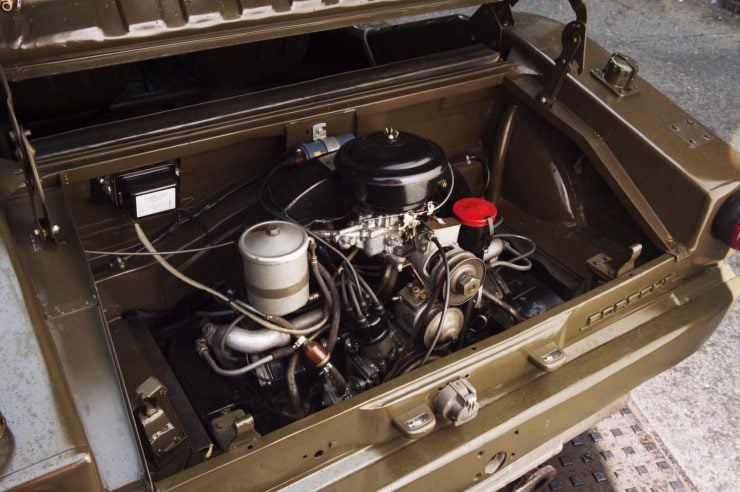 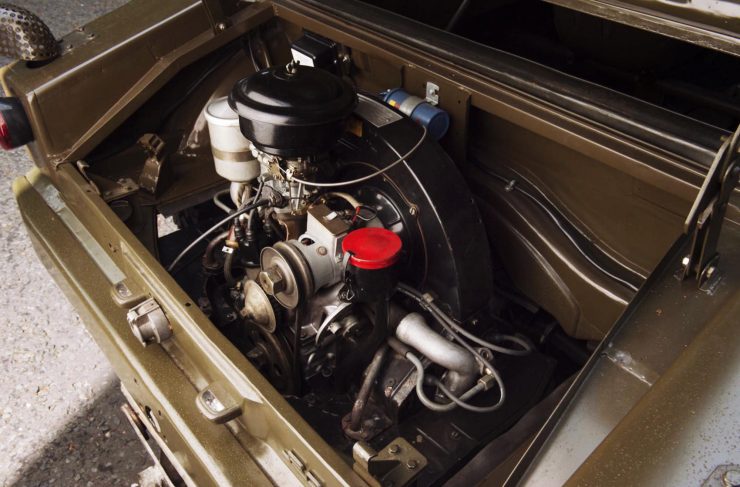 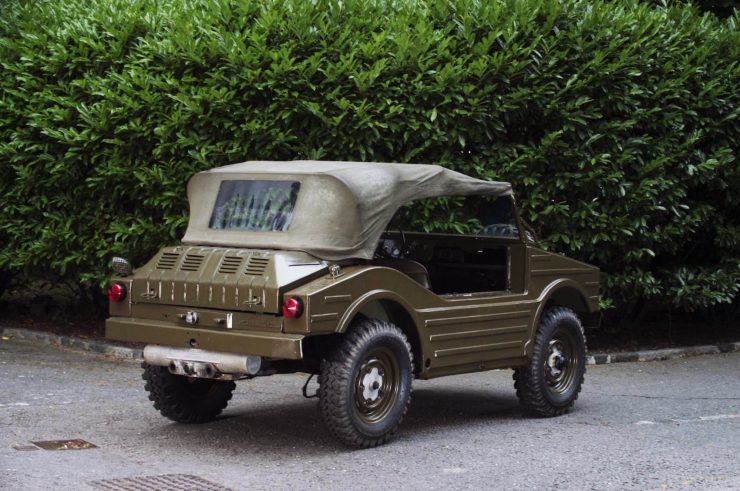 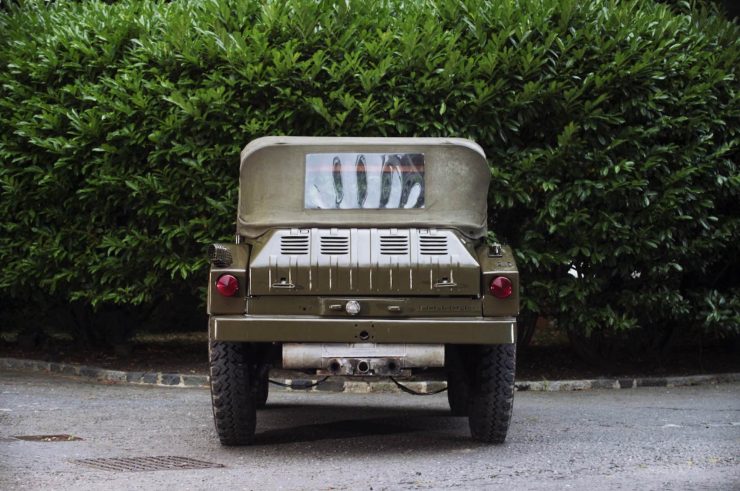 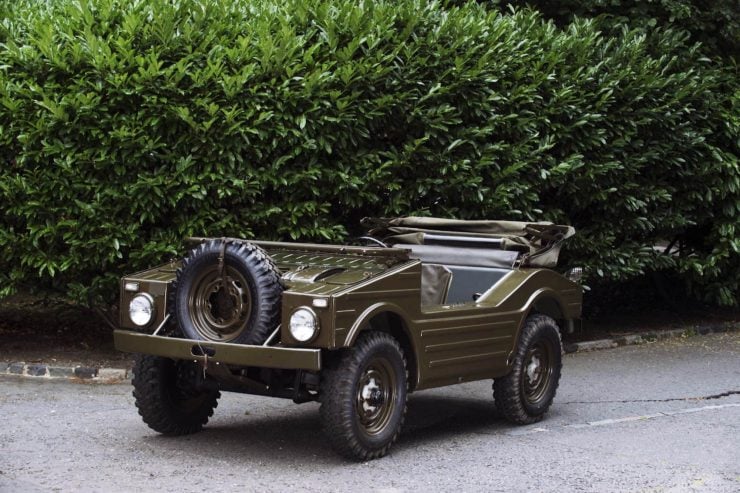 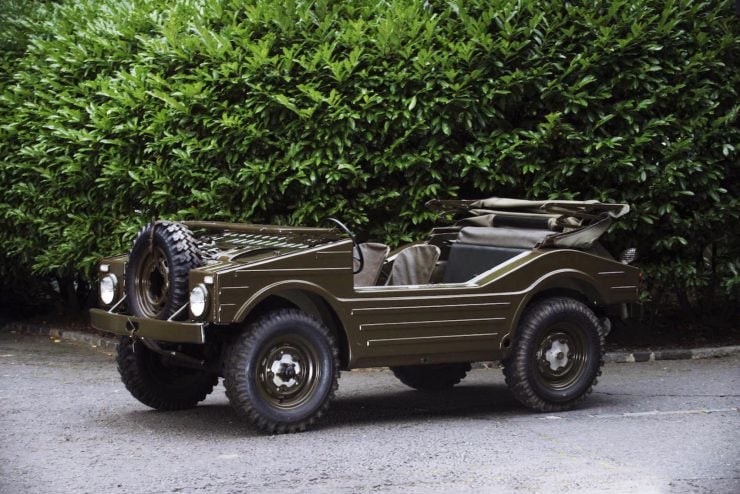 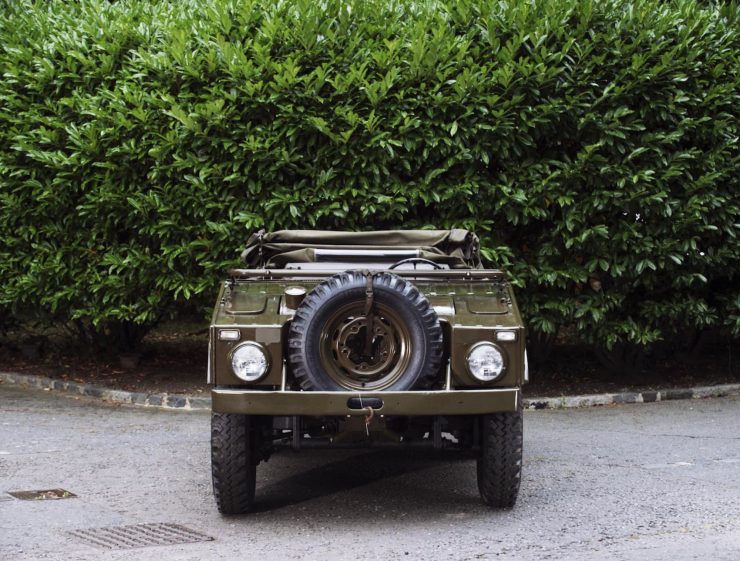 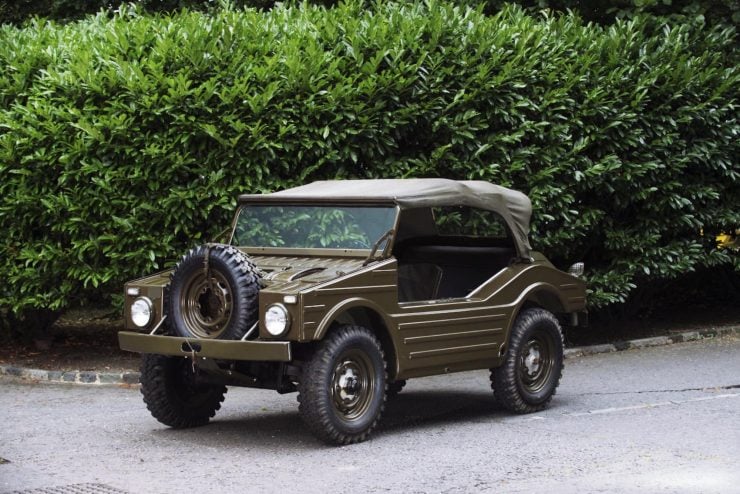 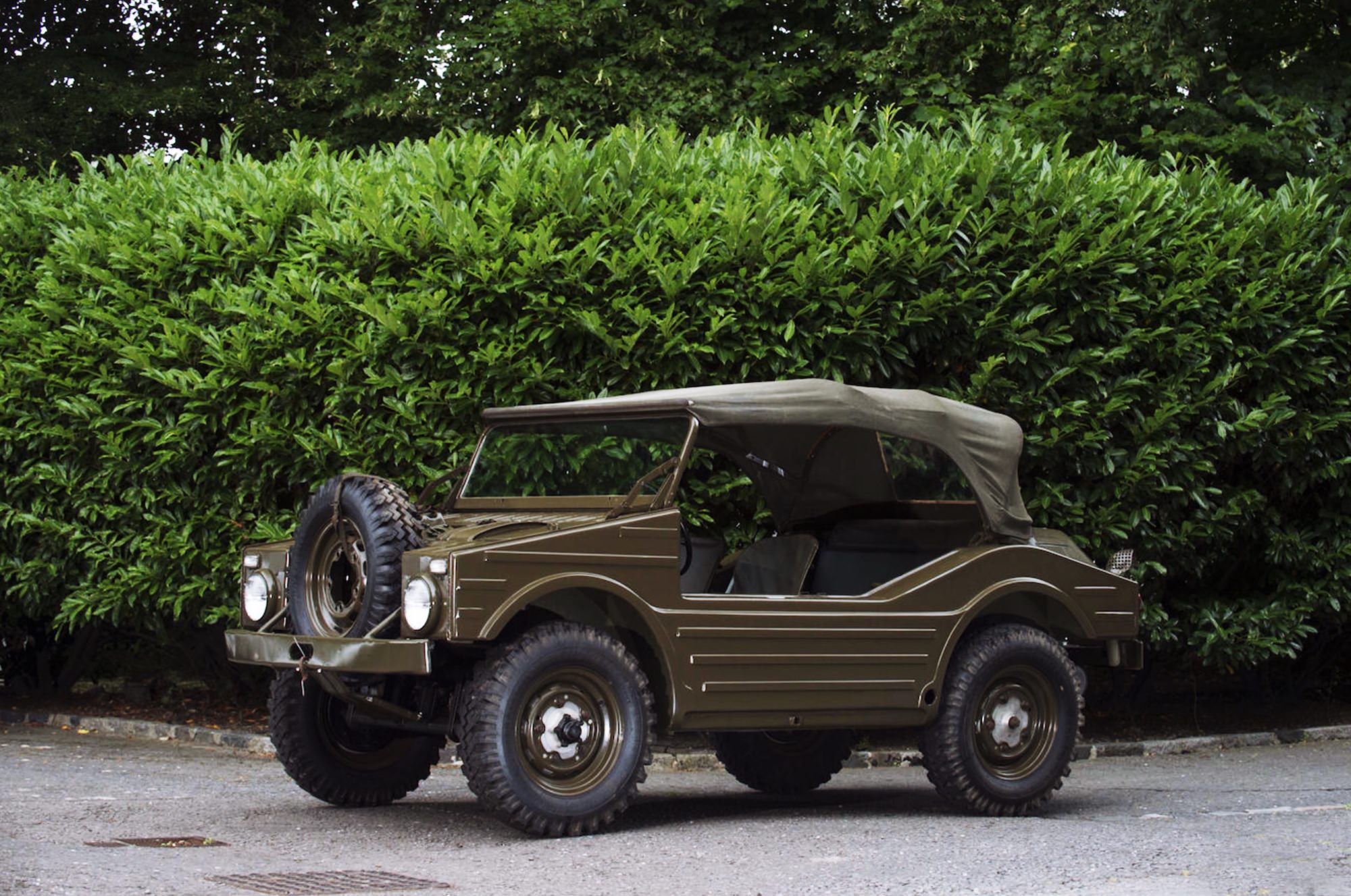