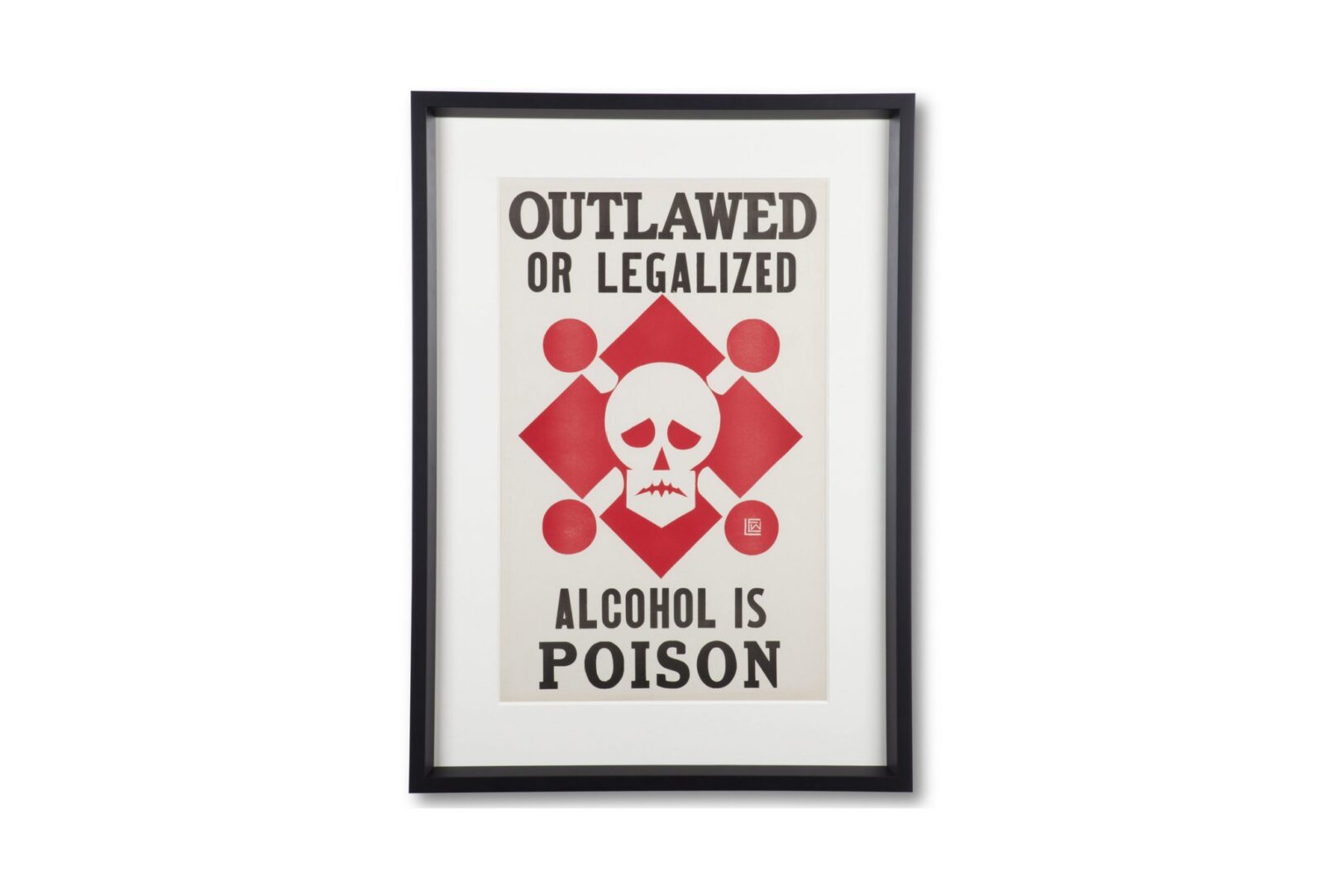 This original 1930s-era “Alcohol Is Poison” prohibition poster has been remarkably well preserved and is now framed under UV plexiglass for protection. Including its black wooden frame it measures in at 28.5″ high by 20.5″ wide, and it comes with a discreet wire fitted on the back for hanging.

Prohibition was a nationwide ban on alcohol sales in the United States that ran between 1920 and 1933, all it really did was make it slightly harder to get a drink – while removing a huge amount of tax income from the government and empowering men like Al Capone. It’s remembered now as an era of the Speakeasy, the moonshiner, and bootlegging. 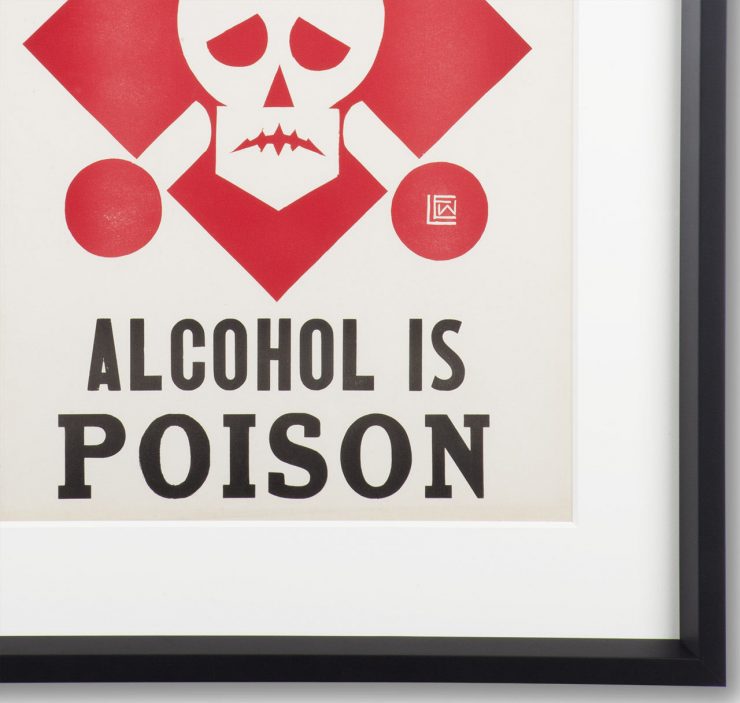 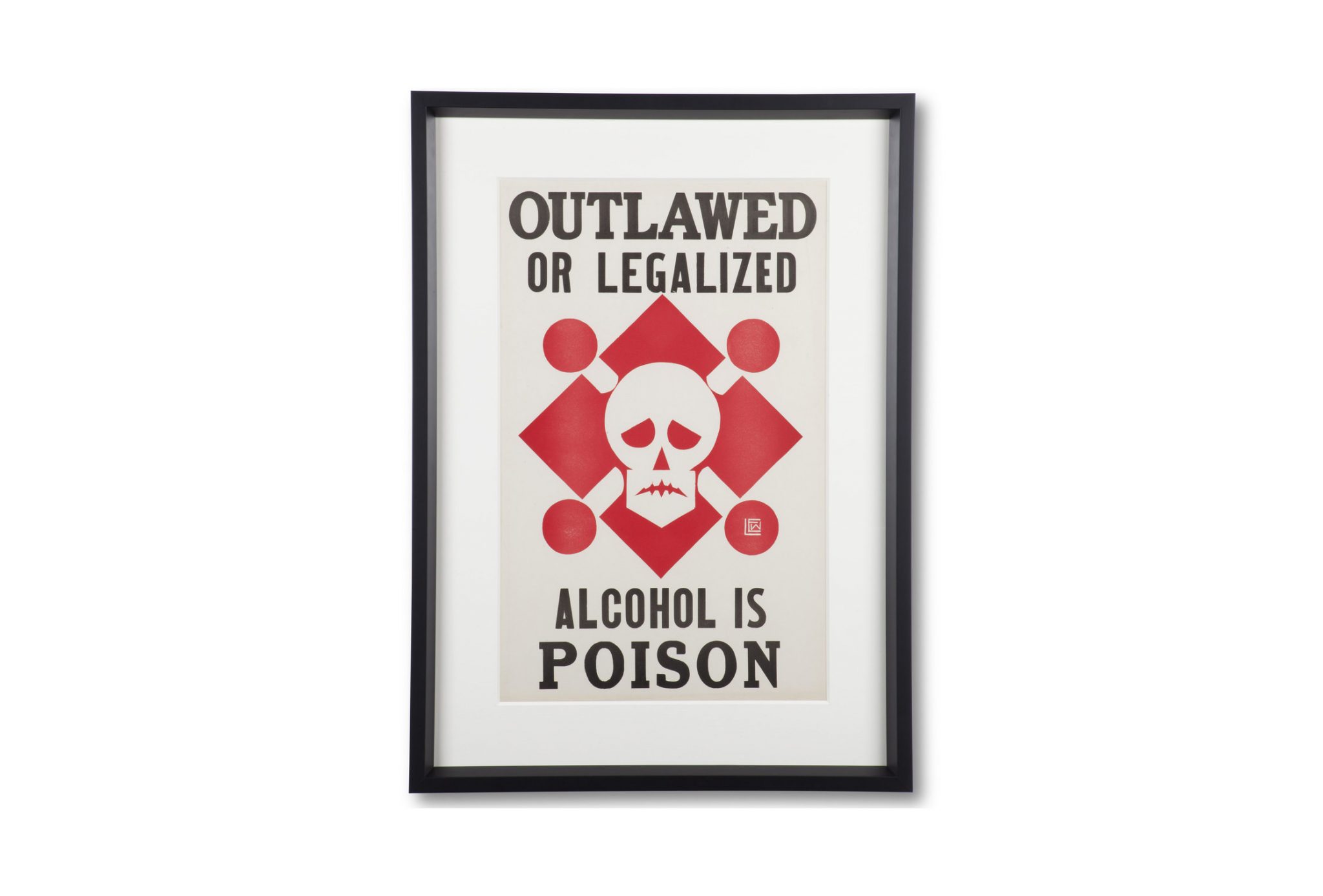