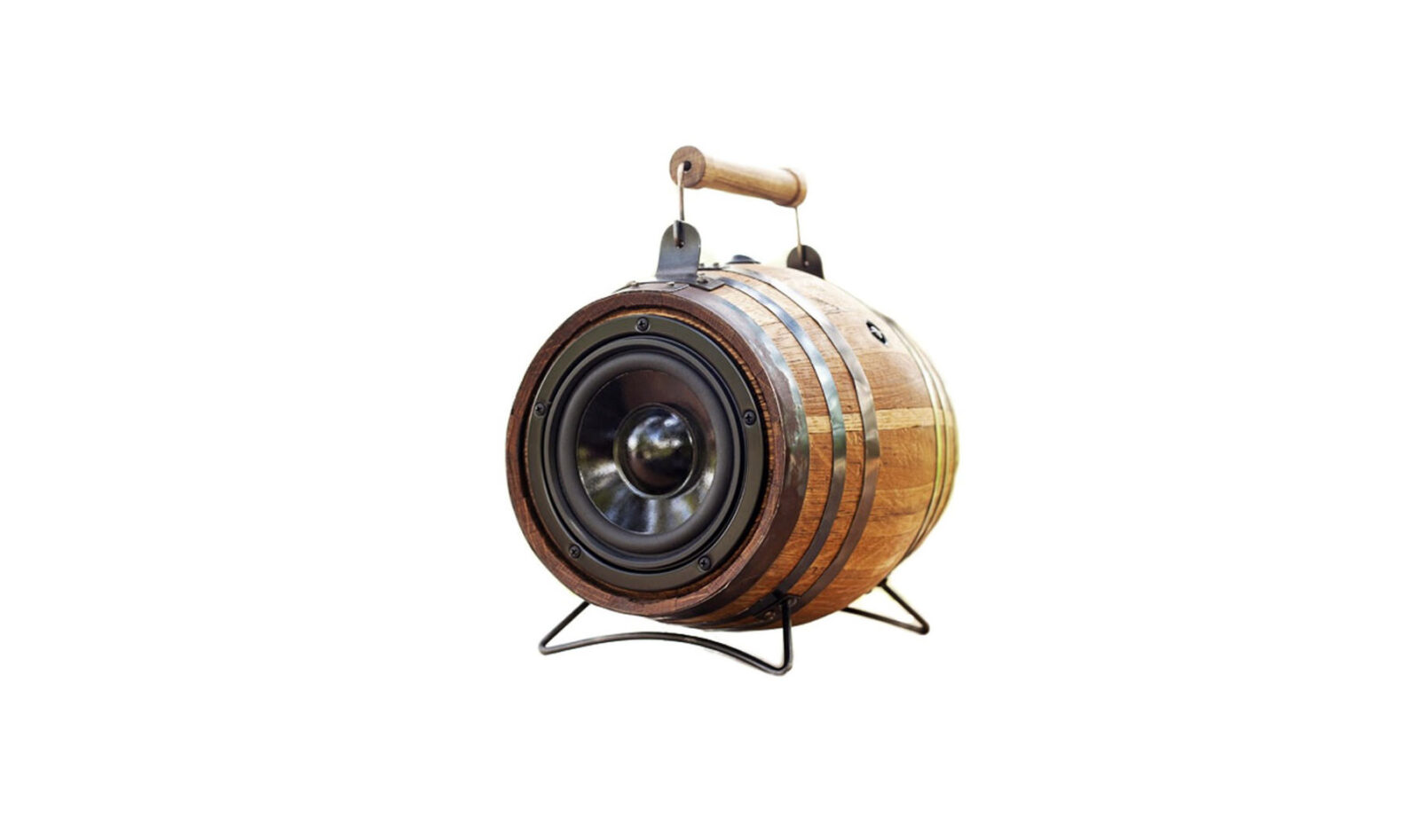 The BoomBarrel by BoomCase is a self-contained sound system in a small barrel. Internally it has a 50 Watt amplifier, a lithium-ion battery offering up 18+ hours of usability, a 5.25″ aluminium or black cone woofer, and it has two silk dome tweeters on top.

With a frequency response of 70hz – 20,000hz and measuring in at 11″ x 8″ x 5″ with a weight of 7lbs, the BoomBarrel is a small, lightweight speaker unit ideal for use on picnics, beach trips, boat outings, or evenings by the pool. 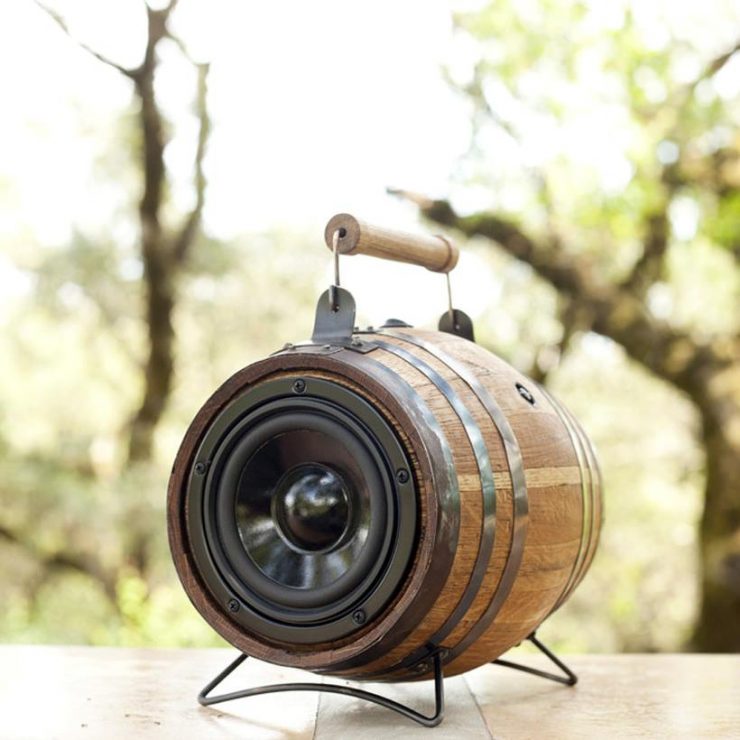