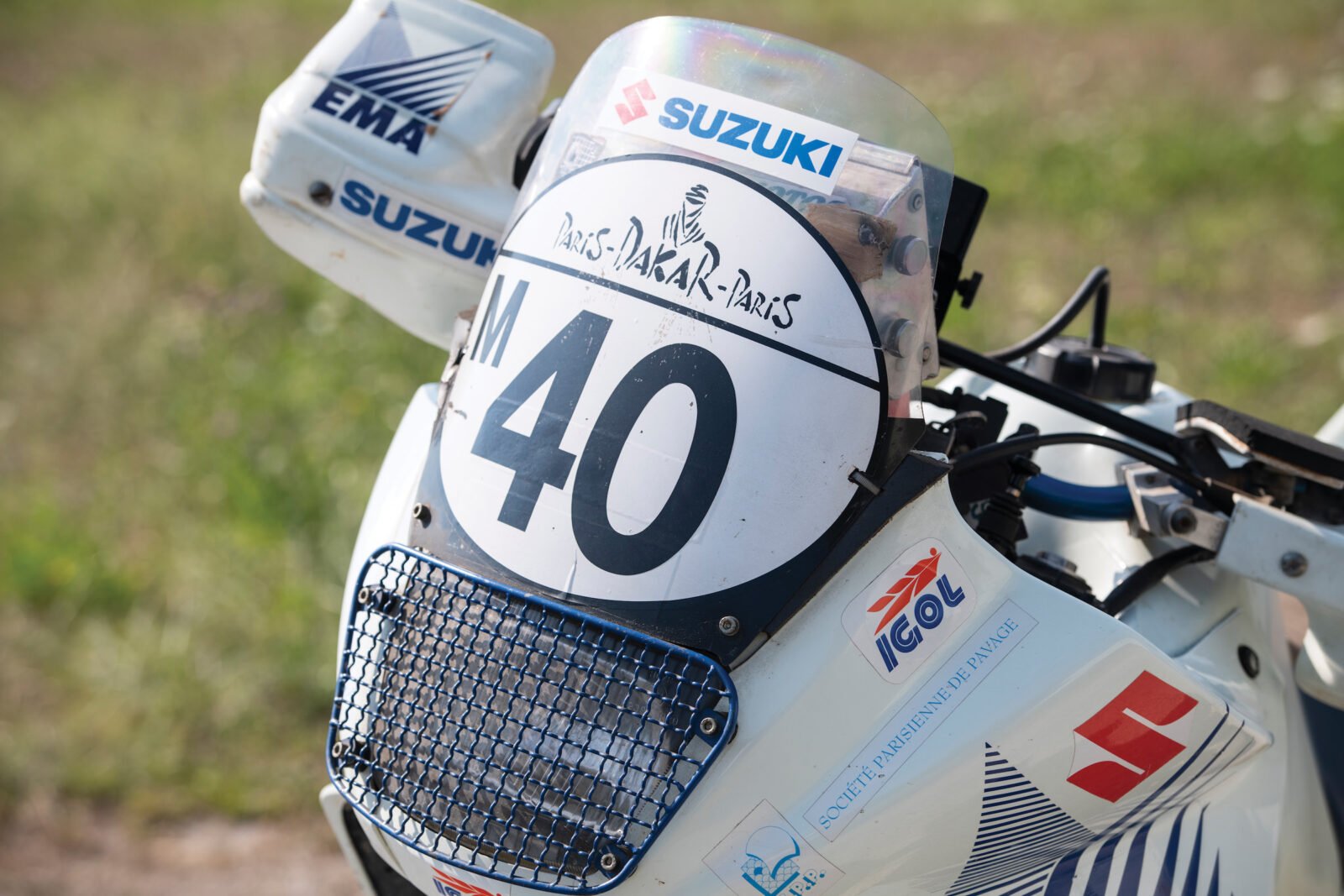 This modified Suzuki DR650 was piloted in the 1994 running of the iconic Paris-Dakar Rally by French rider Gilles Francru – a veteran rider who had competed in the event multiple times.

Interestingly it’s suspected that Francru actually rode this bike in the 1993 Paris-Dakar Rally as well, as it has the stickers from the event and the mileage of 27,846 km matches the distance of two Paris-Dakar events not just the one – though this possible 1993 entry hasn’t yet been confirmed. 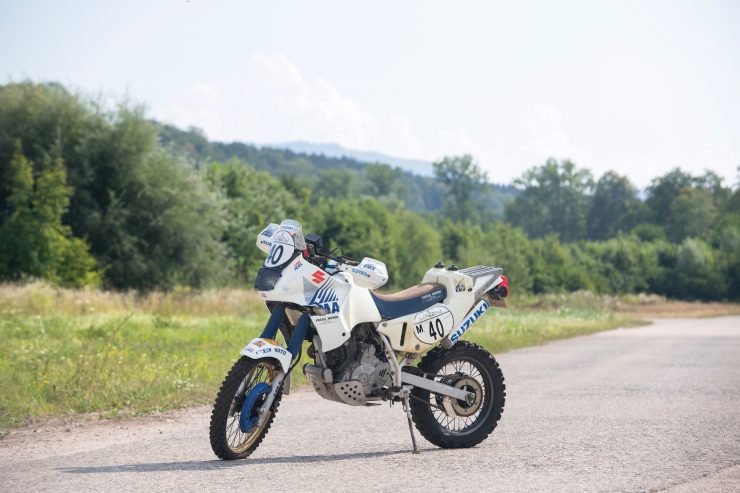 The Suzuki DR650 was introduced in 1990 as a replacement for the out-going Suzuki DR600 model. Both bikes were remarkably similar, with the engines being essentially the same other than the increased bore and stroke of the DR650 to increase capacity.

Many off-road motorcycles make use of relatively simple, robustly designed single-cylinder engines and the DR650 is no different. It has a SOHC, four-valves, air and oil-cooling, a single carburetor, and a 5-speed gearbox.

Suzuki chose to stick with tried and tested designs with the model, including a tubular steel frame, heavy-duty traditional front forks, a monoshock rear, and single front and rear disc brakes. The kerb weight of the first generation DR650 is 170 kilograms and the engine produces approximately 46 hp at 6800 rpm, and 56.6 Nm at 5000 rpm.

The popularity of the Suzuki DR650 with motorcyclists around the world can probably be boiled down to two major factors – they’re relatively inexpensive to buy, and they’re almost impossible to break.

This popularity has led to the model remaining in production for almost 30 years, with the only thing likely to kill it off being its carburetor-fed engine, which can’t pass increasingly stringent emissions restrictions. 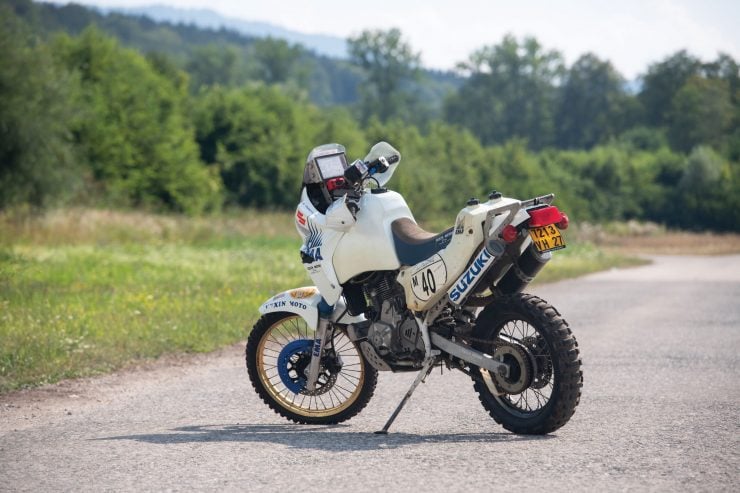 This DR650 is a lot more special than most thanks to its Paris-Dakar Rally heritage, in fact the bike appears to be almost untouched since its last sojourn across the North African deserts in 1994.

The modern Dakar Rally takes place in South America due to the increasingly complex geopolitical safety concerns in North Africa, this has led to the original rallies of 1979 to 2007 being looked back on as a golden age, with many heroes made, and sadly many lives lost.

The 1994 Paris-Dakar Rally was unusual in that it departed Paris and made its way to Dakar, before turning around and returning to Paris, finishing at Euro Disney Resort (now Disneyland Paris). This would doubtless have meant a lot to French rider Gilles Francru as he crossed the finish line in 33rd place after watching countless fellow competitors fall by the wayside to injury, mechanical failure, or exhaustion. 96 motorcycles had started the rally, but just 47 crossed the finish line.

If you’d like to add a genuine Paris-Dakar bike to your own garage you’ll be able to bid on this one when it rolls across the auction block with RM Sotheby’s on the 5th of September in London as part of the Weird & Wonderful Collection. 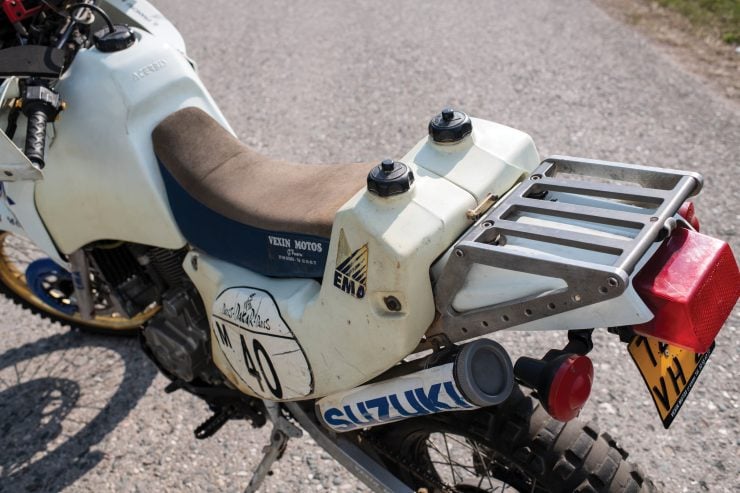 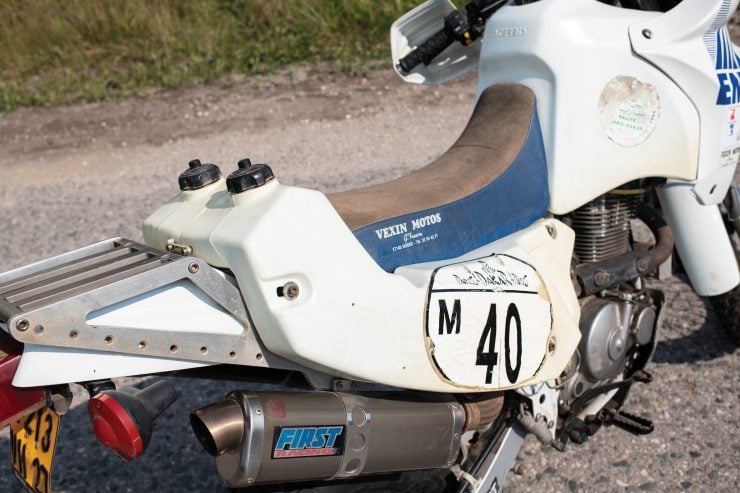 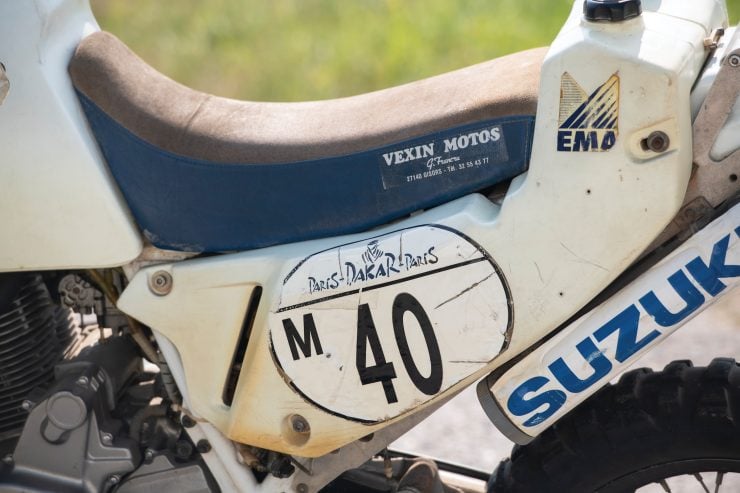 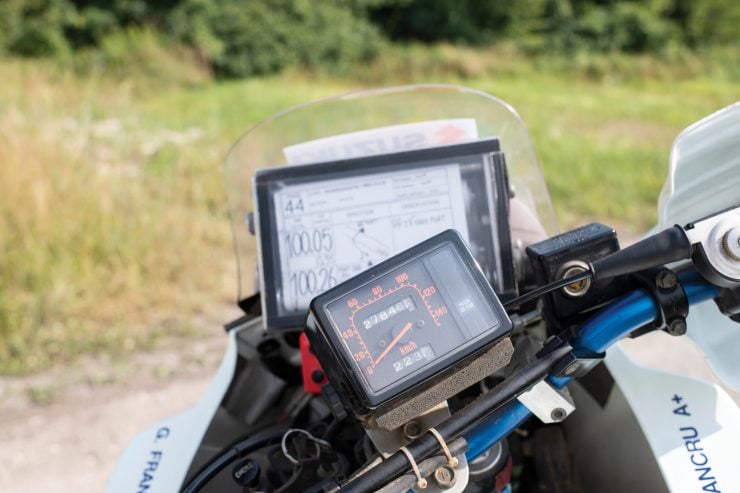 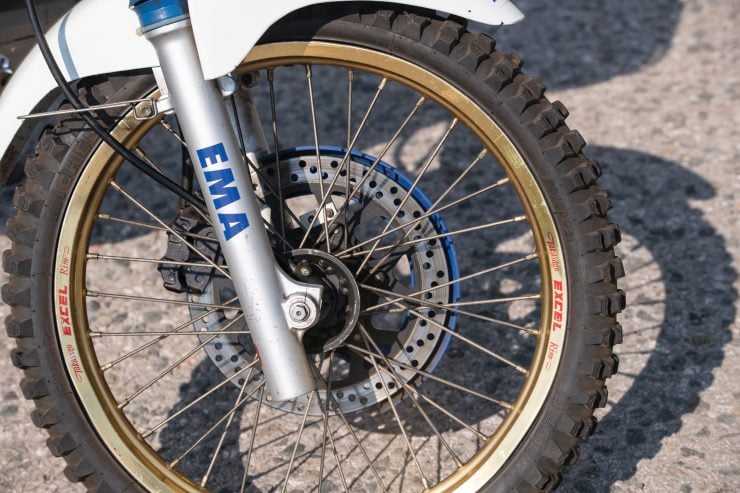 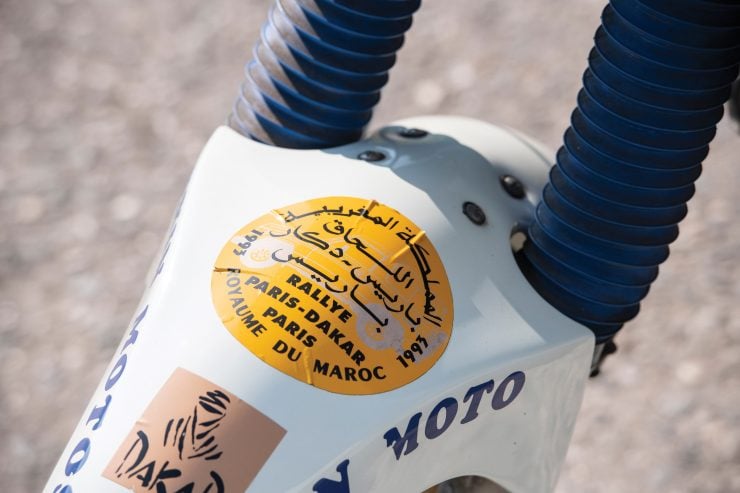 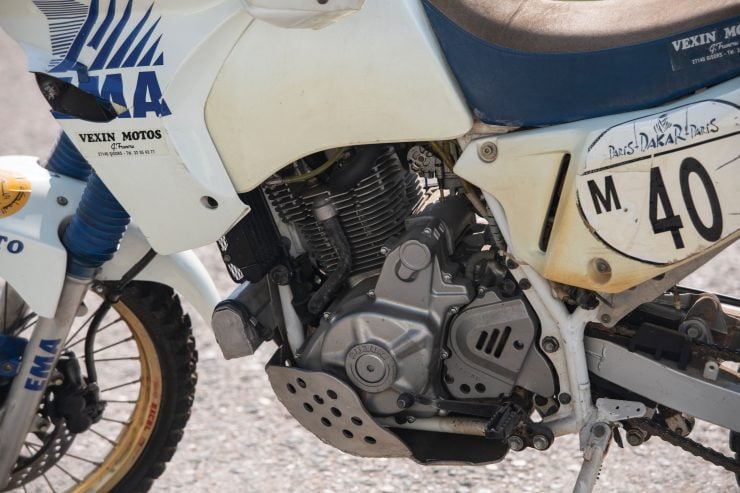 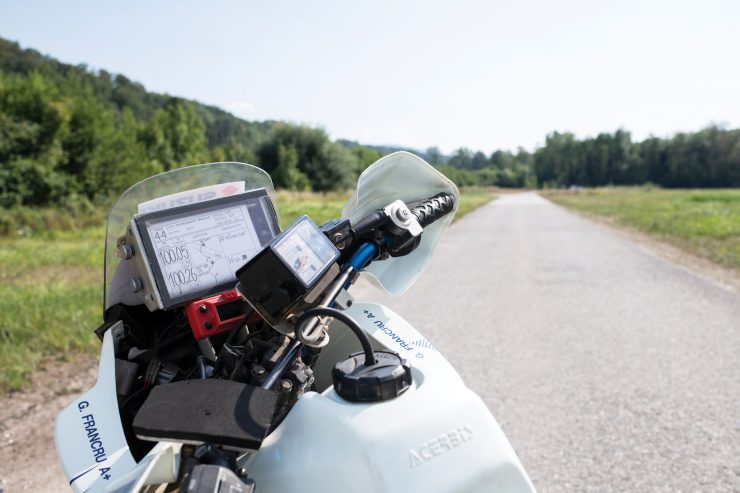 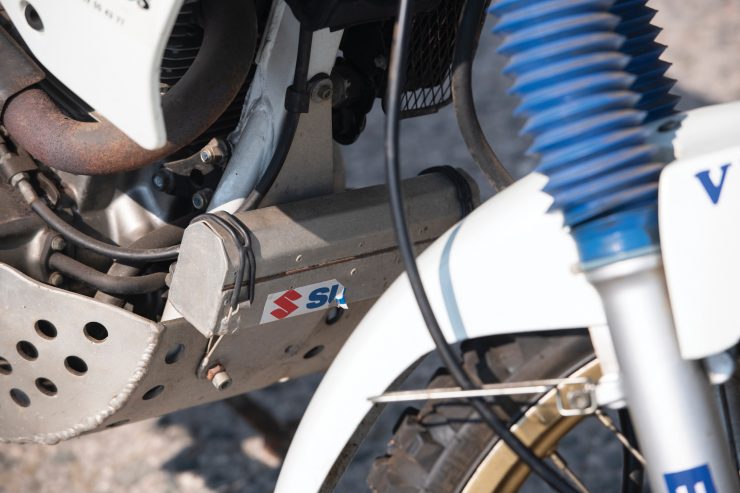 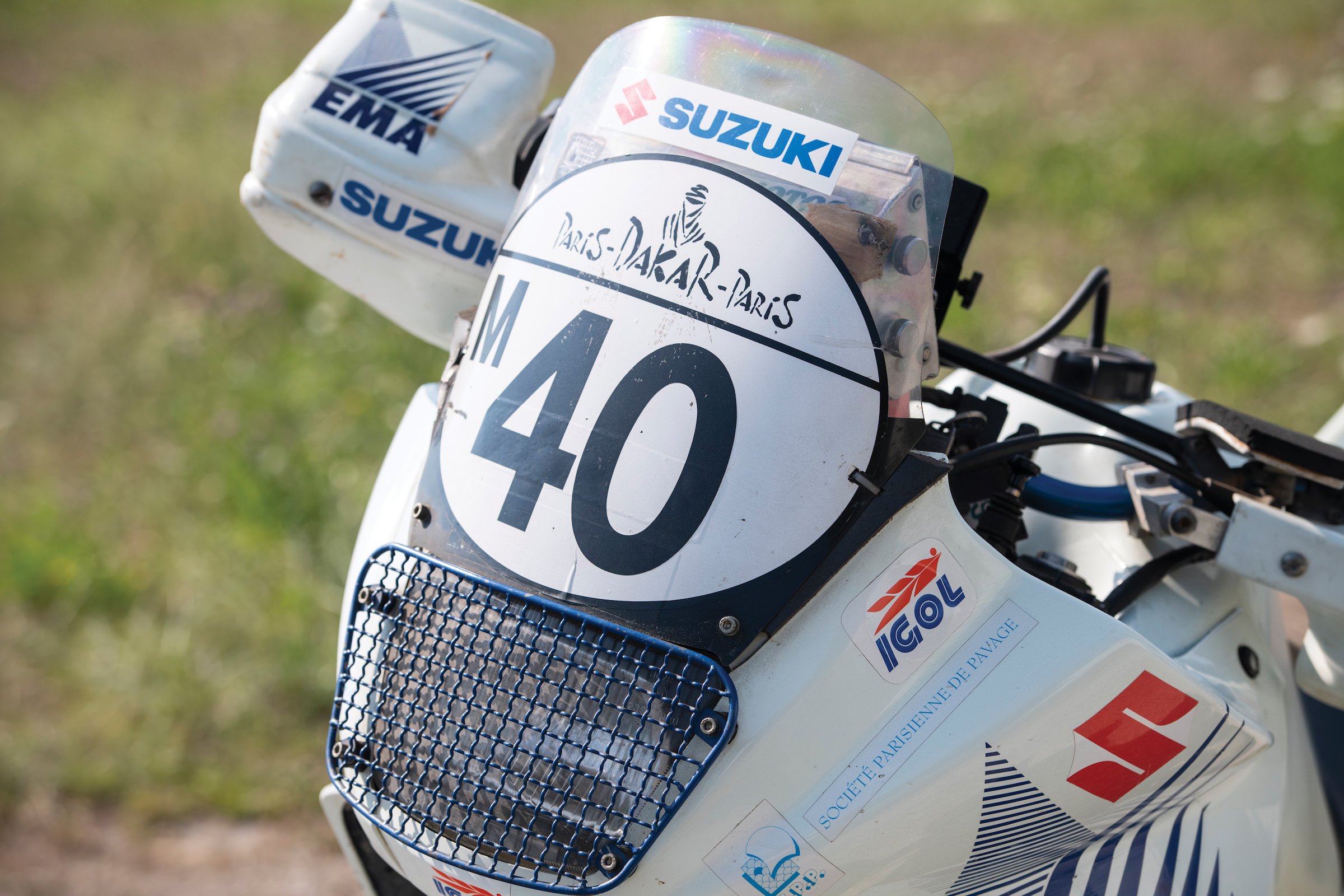