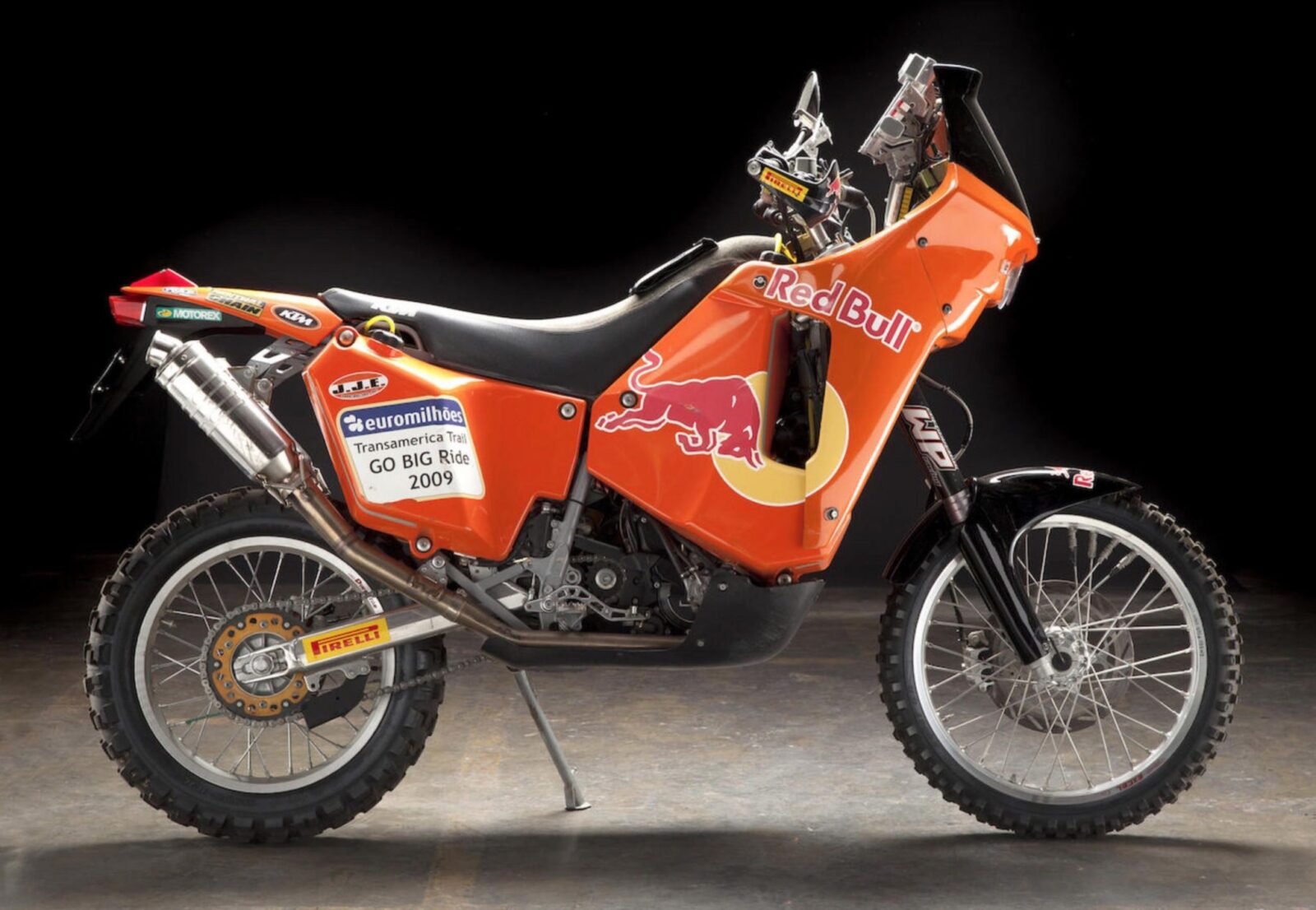 KTM have won the motorcycle class of the Paris-Dakar every year since 2001, one of the most significant winning streaks in the history of the event. The first Paris-Dakar was run in 1978, it was organised by Thierry Sabine who realised that the desert would be a fantastic place for an endurance race – when he got lost and very nearly died while competing in the Abidjan-Nice Rally.

In 2008 due to concerns for the safety of competitors because of the threat posed by terrorists, the Paris-Dakar was cancelled. In the years that followed the race kept the name, but moved to South America – where it’s likely to stay until the situation in North Africa becomes a little less tumultuous.

The secret to the success of the KTM bikes has been their relatively simple engineering, and their ability to carry large amounts of fuel and remain manageable. The 660 Rally has a total fuel capacity of 55 litres (14.5 gallons) and a dry weight of 162 kilograms (357 lbs), this translates to a gross weight of approximately 215 kilograms once oil, coolant and fuel is added.

The engine is a single-cylinder with a capacity of 654cc, it has a SOHC and 4 valves. It’s fitted with a multi-plate wet clutch that’s cable operated to avoid any hydraulic issues, it uses a 5-speed box, a chain drive and rides on a monoshock rear with a USD forks on the front.

The 660 Rally you see here competed in the 2007 event, the final year the original race was run. Since then it’s been road registered in the USA and competed in the TransAmerica Trail, a 4800 mile trek from Tennessee to Oregon using only forest trails and gravel roads. It’s due to be sold today at the Bonhams Las Vegas Motorcycle Auction, the estimated value is between $20,000 and $25,000 USD, and you can click here if you’d like to learn more. 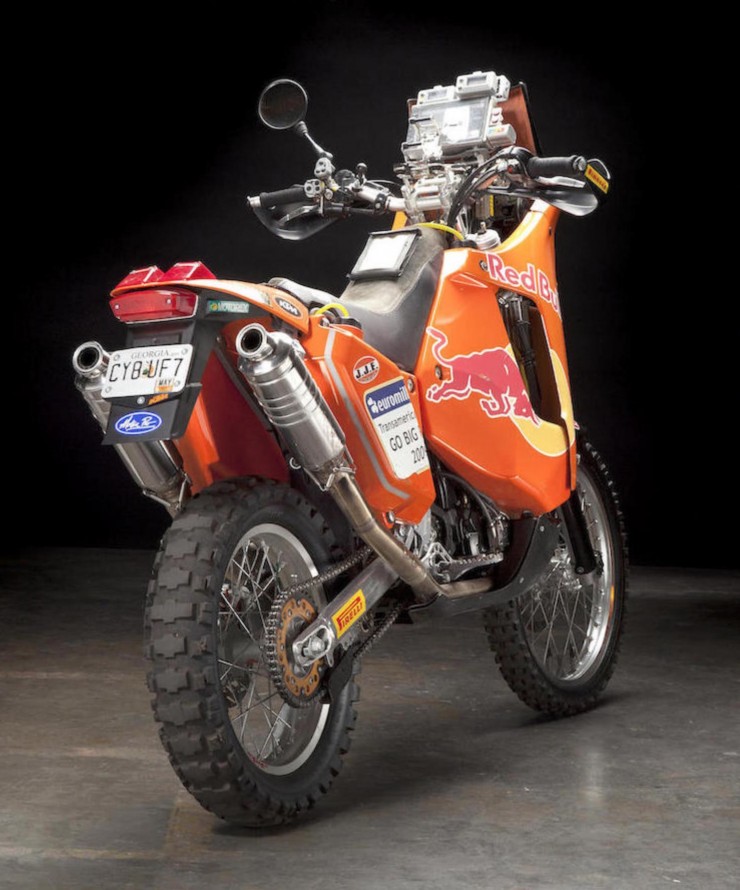 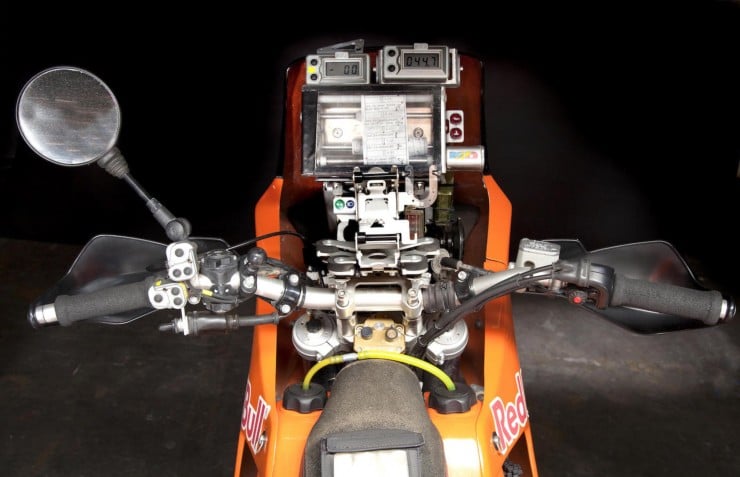 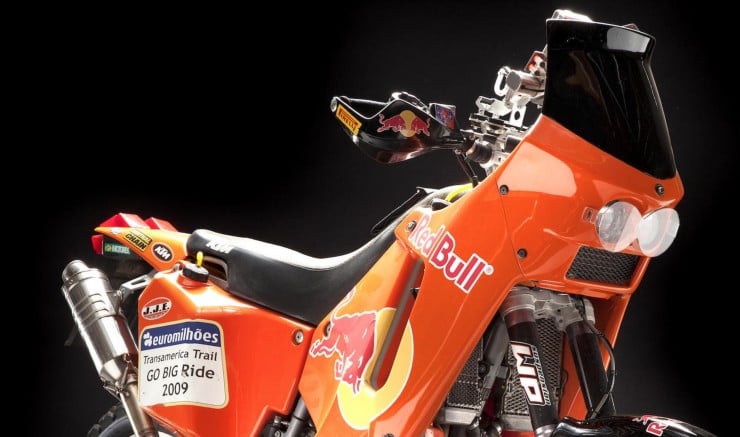 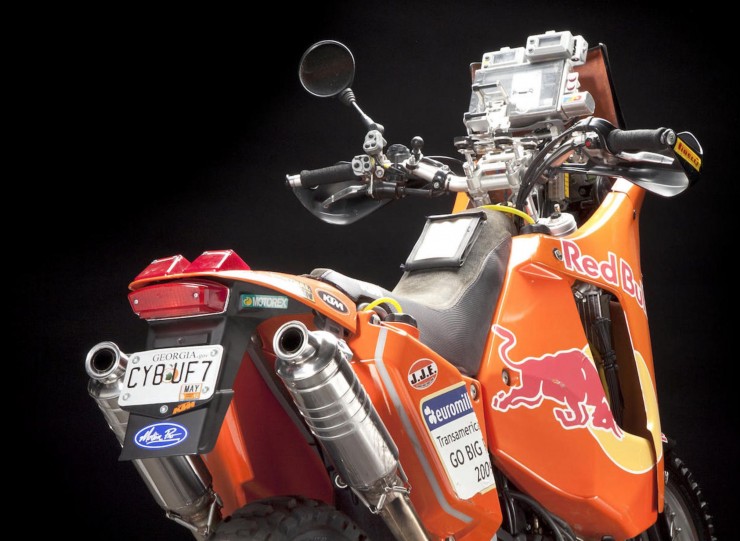 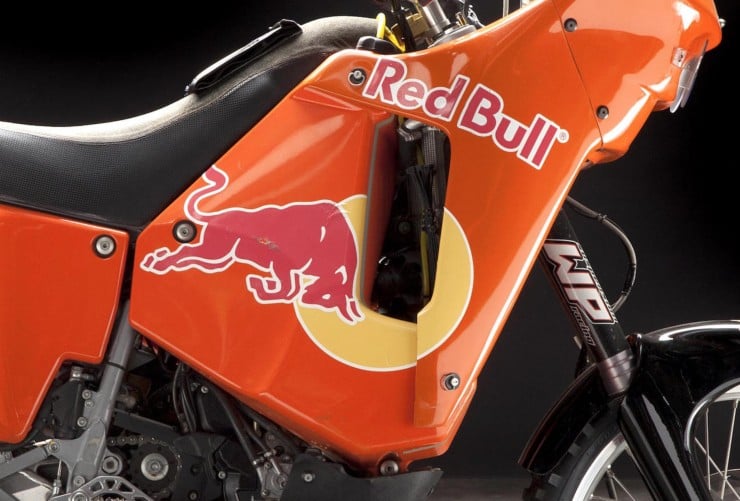 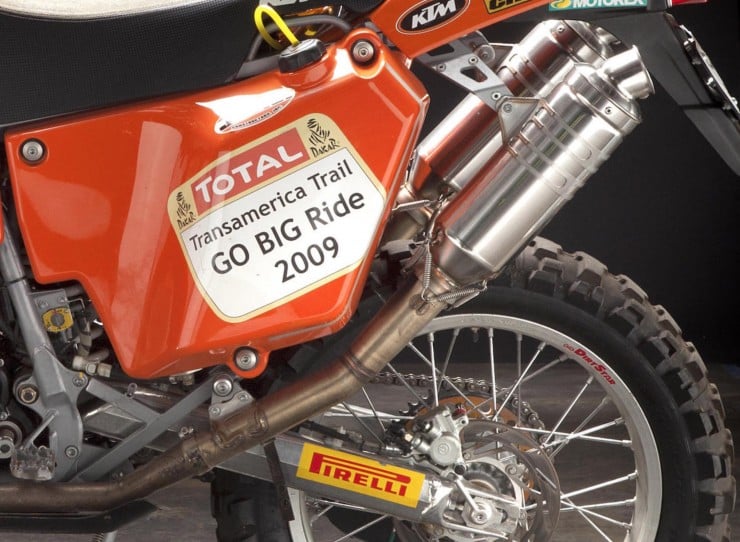 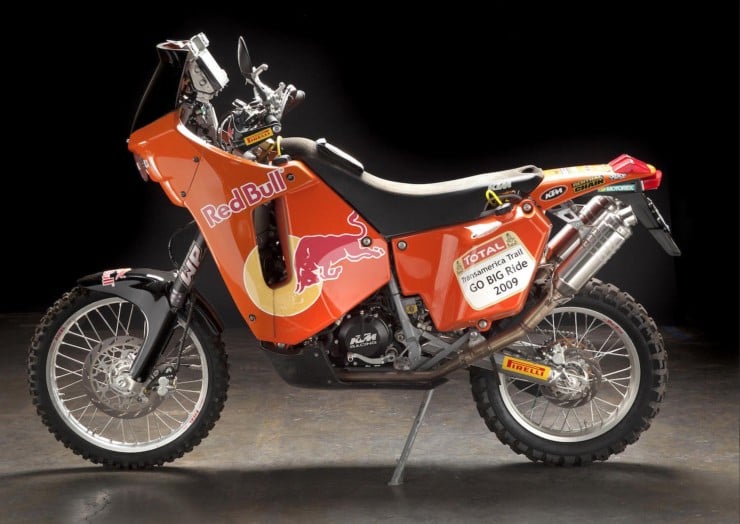 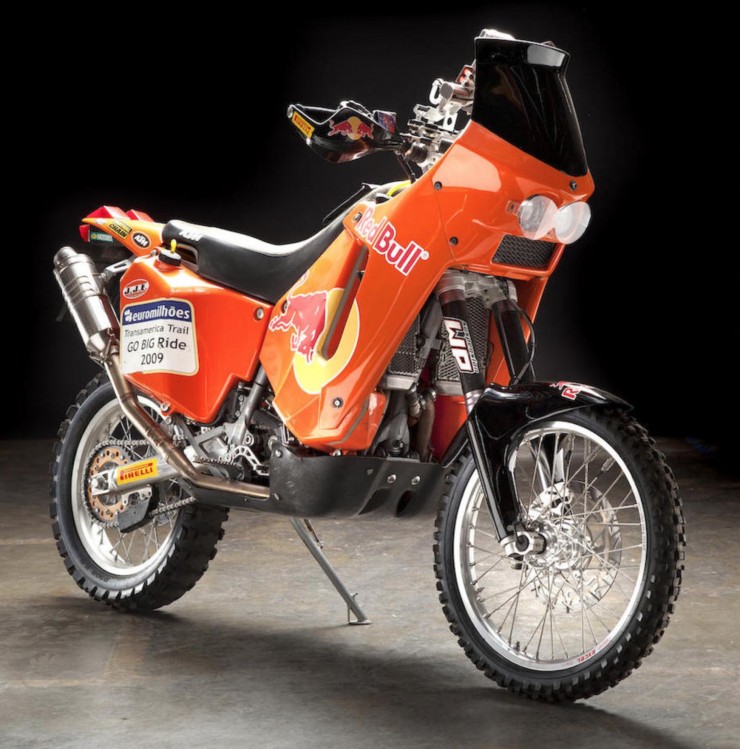 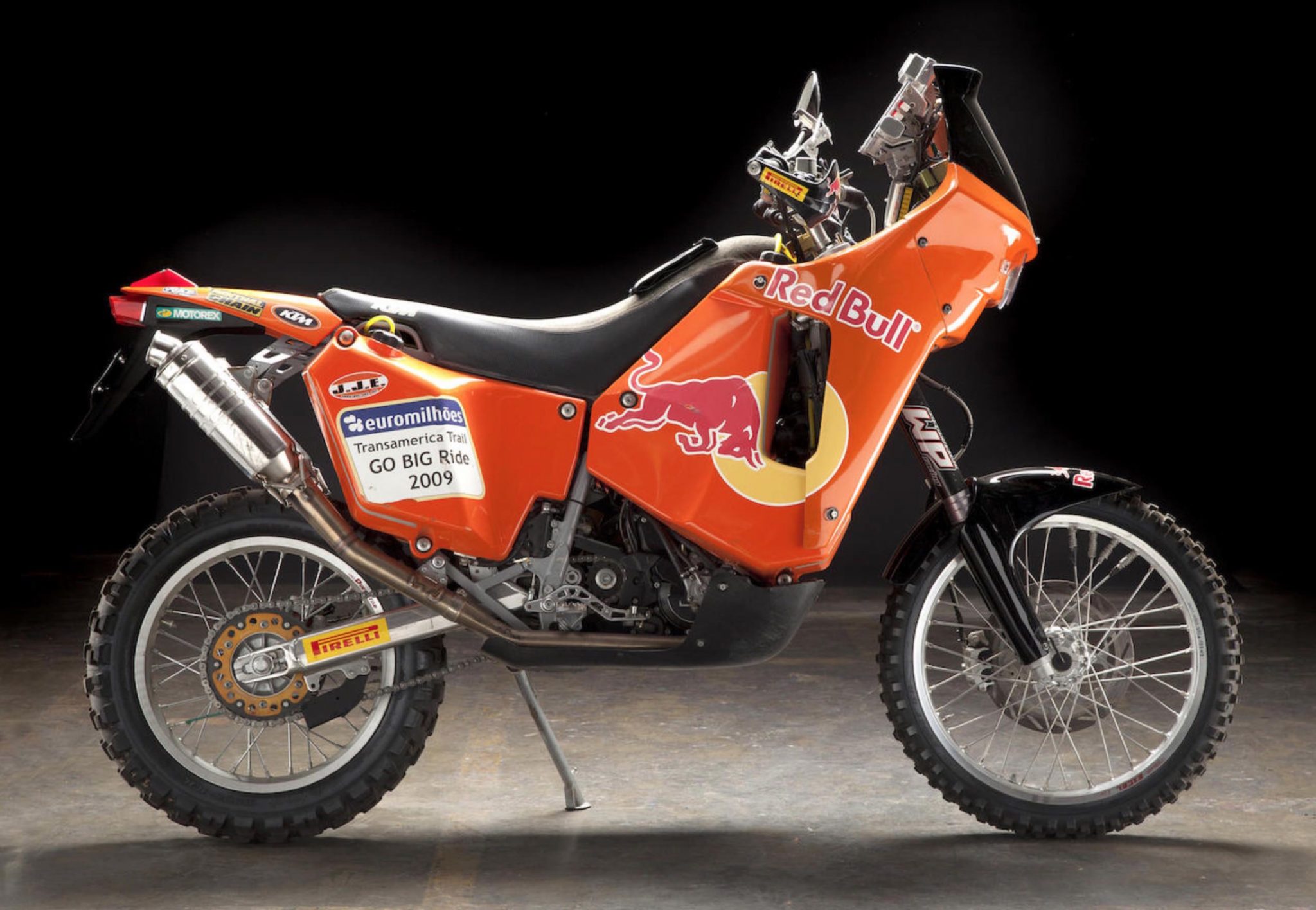