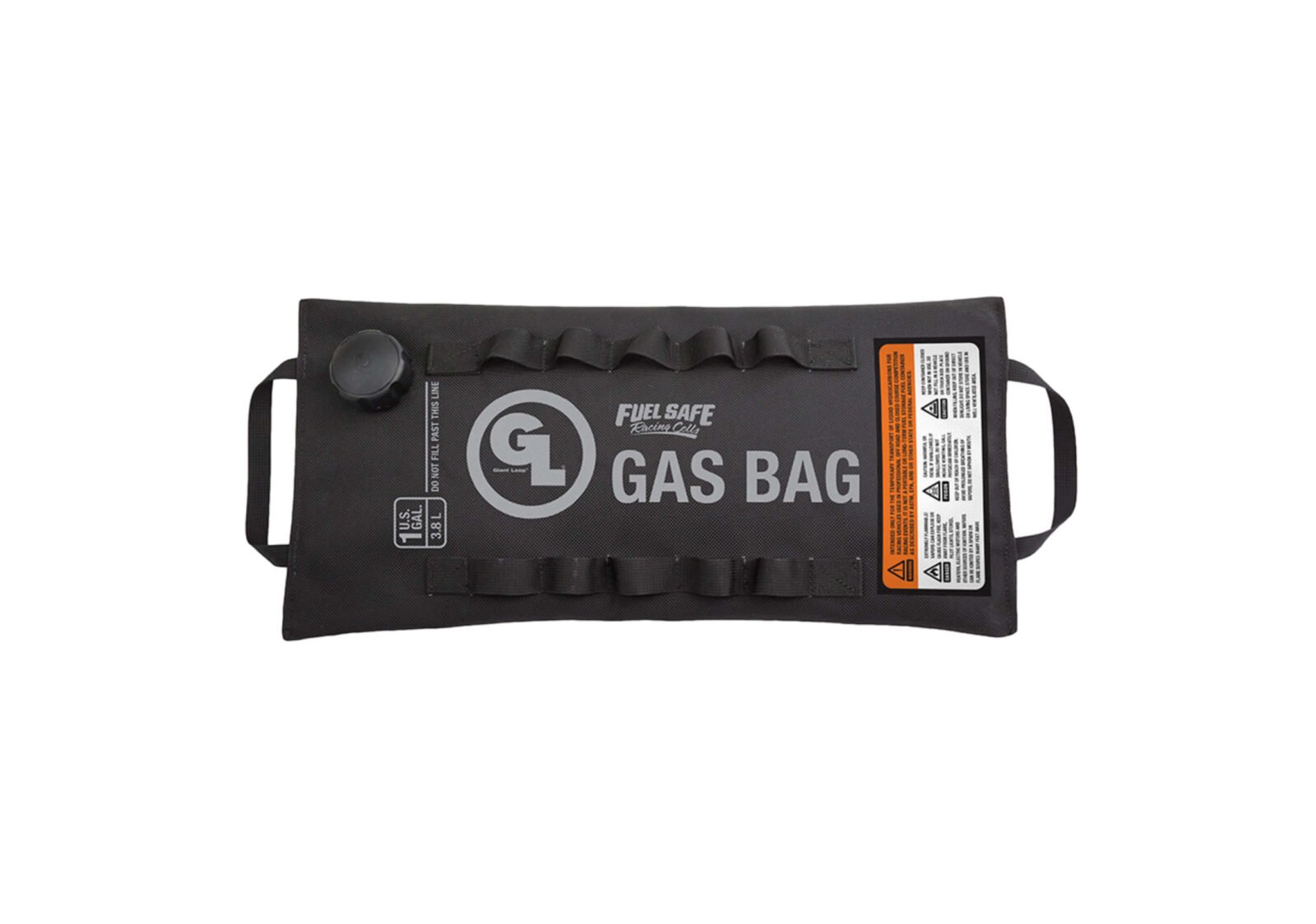 The Gas Bag by Giant Loop is a fuel bladder designed to allow you to pack away some gasoline for off-road adventures, or for those motorcycle road trips with long gaps between gas stations.

Giant Loop make the Gas Bag in the USA, each bag has a fuel-safe welded-film bladder with a black ballistic nylon reinforced container. When not in use the Gas Bag can be rolled up for easy storage, and due the flexible nature of the bags and the looped webbing anchor points the bags can be attached to almost any motorcycle in the world.

Before shipping out each Gas Bag is individually pressure tested to ensure it’s ready for use, and there are carry handles at each end, with a black plastic screw-down cap for filling up.

Giant Loop make the Gas Bag in 4 sizes ranging from 1 gallon to 2, 3, and 5 gallon sizes (there are 3.78 liters per gallon for those of you living in metric countries). 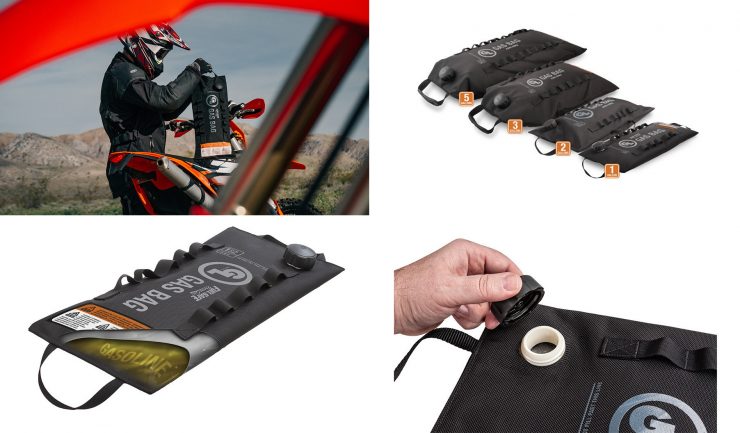 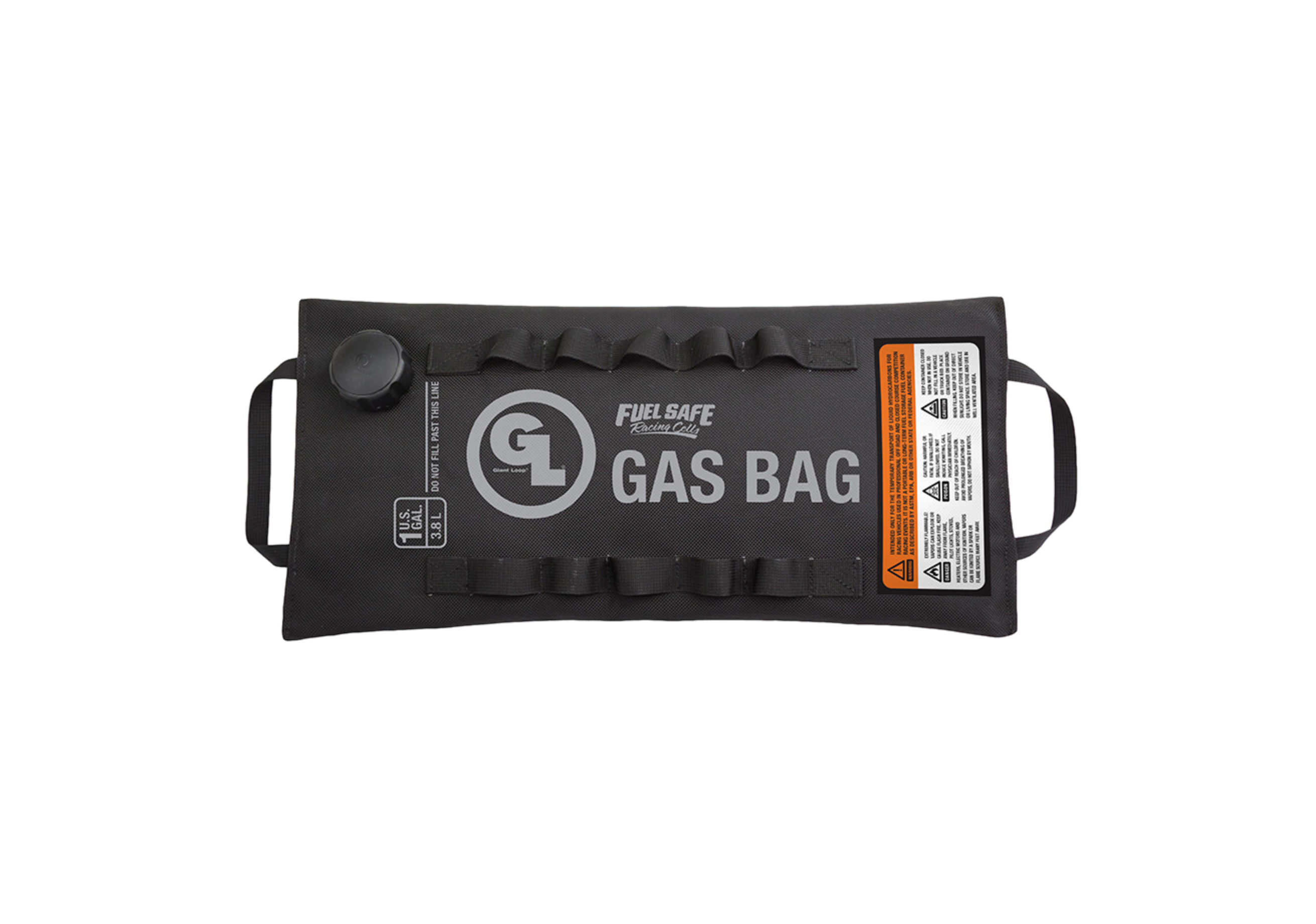 This is one of the spirits on offer from Aviation Heritage Spirits in Britain, it’s a gin is being sold to support the Hawker Typhoon…