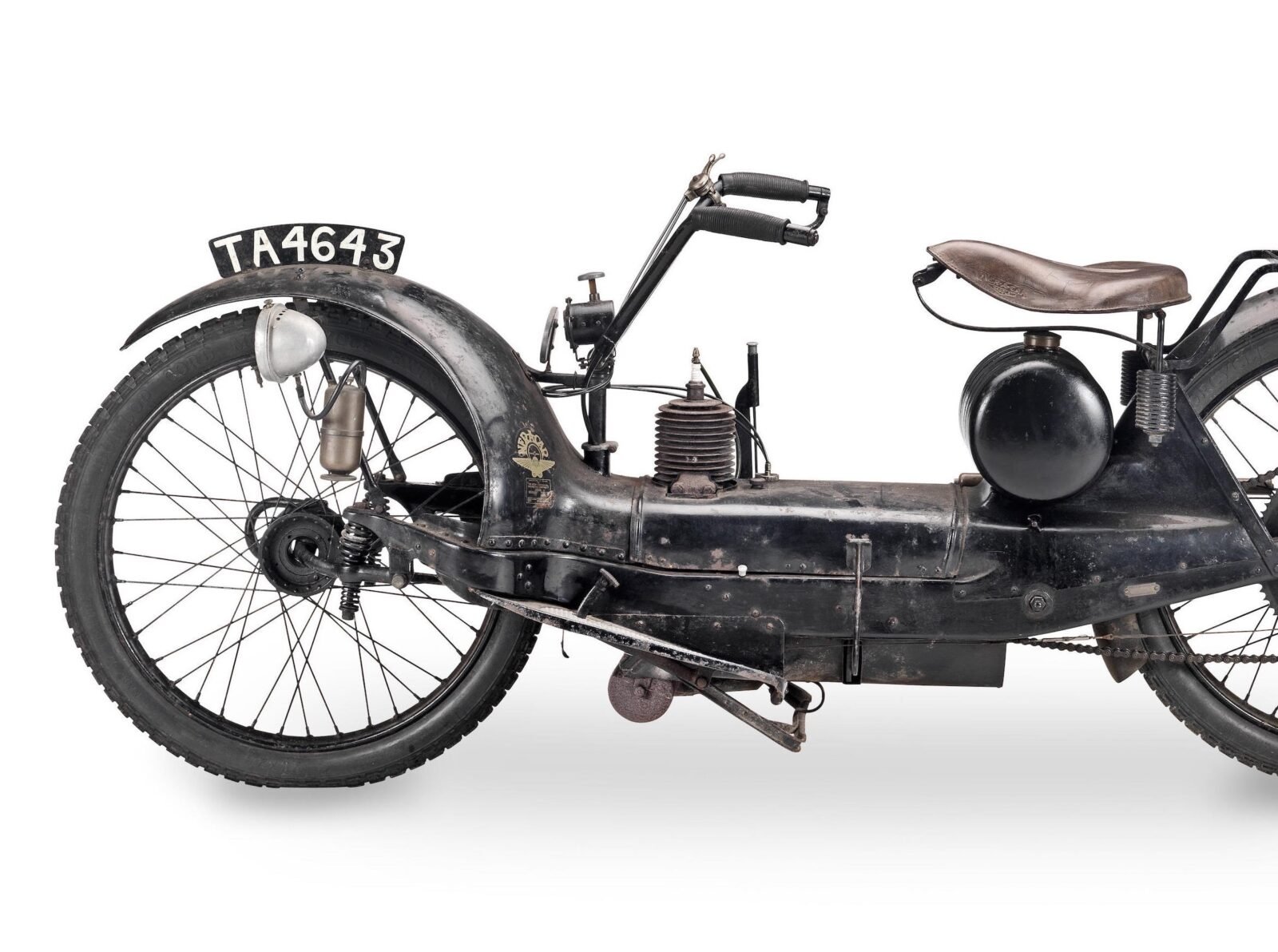 As it stands today the Ner-a-Car was the most prolifically manufactured motorcycle with hub-center steering right up to the modern day, with over 15,000 produced between England and the USA.

The list of the specifications of the Ner-a-Car are genuinely impressive, particularly for the era in which it was built. A low-slung steel-channel chassis (that did away with the need for expensive steel tubing) was used for the platform, hub-center steering is installed in place of regular forks, a reliable and fuel efficient engine was fitted capable of over 70 mpg, it also has twin coil spring front suspension, and a friction drive transmission that functions in a similar way to a CVT. 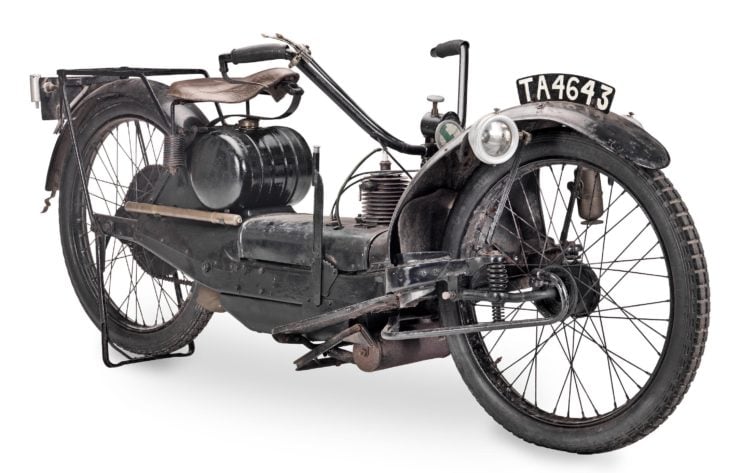 Although it wasn’t built for speed, the Ner-a-Car was ridden across the United States by the legendary Erwin “Cannonball” Baker in 1922 from Staten Island, New York to Los Angeles, California. The journey of 3,364.4 miles took him 174 hours and 1 minute, or approximately 7.25 days. It’s important to note that there were very few paved roads in the United States at the time, most roads were essentially just dirt tracks for horses and carts.

Due to its reliability, comfort, and fuel efficiency the Ner-a-Car was a slew of medals in long-distance road trials, perhaps the most famous of which was the team prize in the 1925 ACU 1000 mile Stock Machine Trial.

The original Ner-a-Car was developed in the United States by Carl Neracher, from his first name he took the letters “Car” and the “Nera” from his surname, he then reversed them to create “Neracar”. Spoken aloud this is pronounced “Near A Car” which is exactly what the motorcycle was intended to be, a two wheeled car with as many of the conveniences from automobiles as possible rolled into a far more affordable motorcycle. 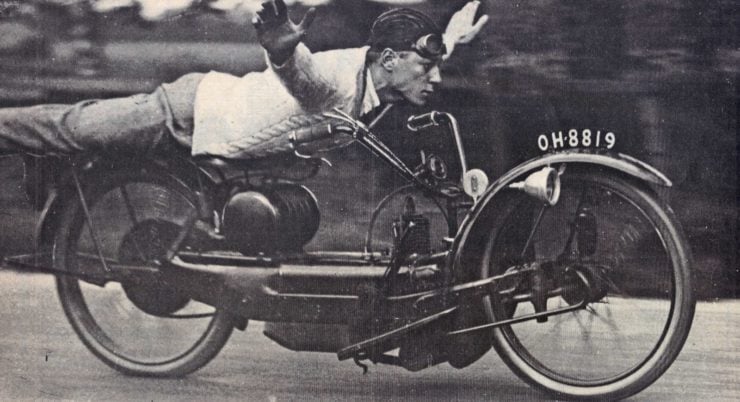 Neracher’s design was essentially an improved iteration of the 1911 Detroit Bi-Car Co, and he officially licensed the concept from the Bi-Car president John J. Chapin. Although it was designed in the United States by an American, the Neracar was first production built in the United Kingdom under license by Sheffield-Simplex in 1921.

Finding American investors proved difficult, but for Europeans the Neracar was ideal, it was economical and its large front and rear fenders offered excellent protection from mud and puddles.

Production in the USA would kick off in the early 1920s based out of Syracuse, New York. American examples of the motorcycle were initially fitted with a 221cc two-stroke engine with the British version getting a the same engine until it was replaced with the Blackburne four-stroke 348cc engine in 1925.

Although the Brits produced 6,500 vs the 10,000 or so made in the United States, the continual upgrades applied by the Sheffield-Simplex engineers saw a series of models released with steadily increasing engine power, rear suspension, bucket seats with air cushions, and a fairing with an adjustable Triplex windshield. 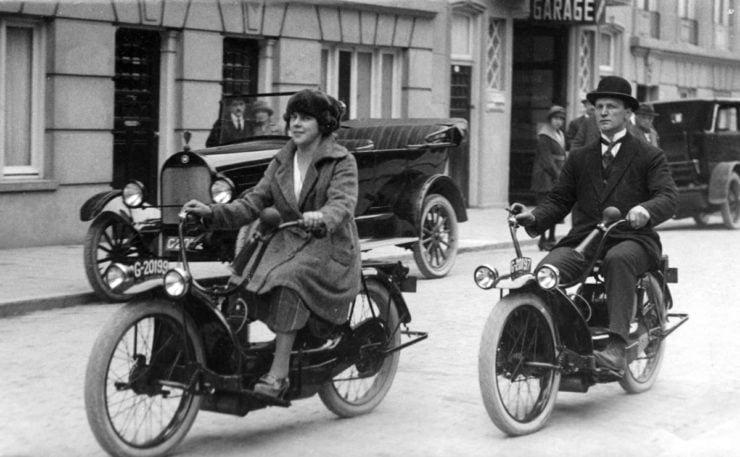 Due to the ease of operation and the fact the Neracar could be ridden by people wearing dresses and other clothing less conducive to regular motorcycles the model became popular with lady riders, country nurses, and clergymen. Women had only been allowed car and motorcycle licenses since 1918 (in the UK), and 1920 (in the USA), so the Neracar was uniquely positioned in the market, and much of their early advertising was aimed at newly upwardly mobile women, who were getting their first taste of solo freedom on the road.

The 1922 Ner-A-Car you see here is one of the 285cc British-built examples with distinctive twin headlights and a longitudinally mounted license plate on the front fender. Impressively it comes with a large amount of history dating all the way back to Miss Alice Webb who bought it in 1929. It’s now being offered for sale via Bonhams with a copy of the Western Gazette, an original manufacturer’s brochure, and a current V5C document.

It’s due to roll across the auction block on the 7th of September with an estimated hammer price of £7,000 to £9,000. If you’d like to read more about it or register to bid you can click here to visit the listing. 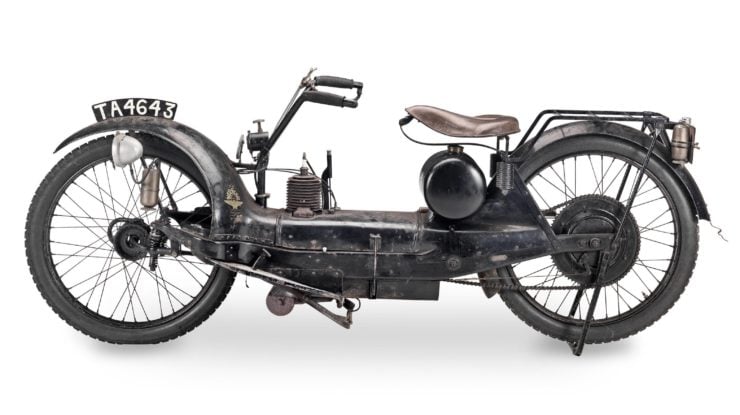 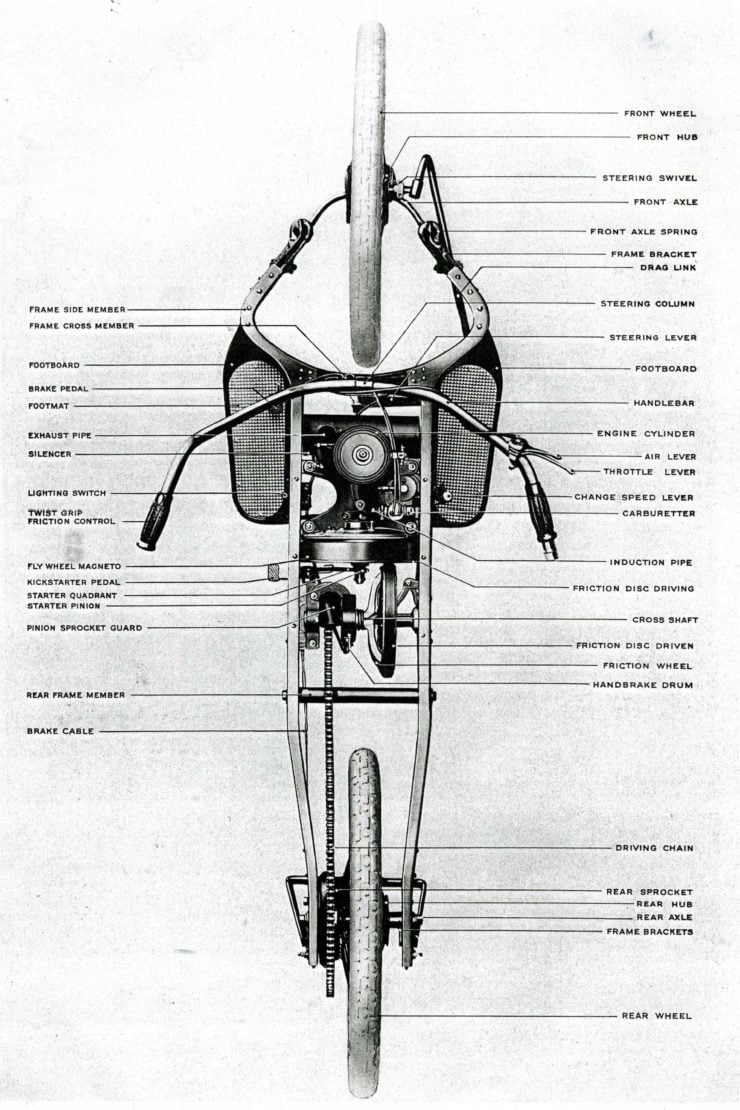 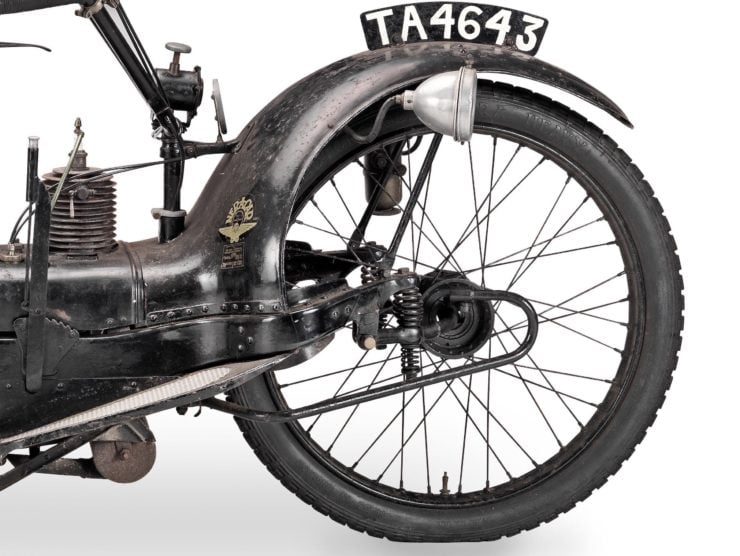 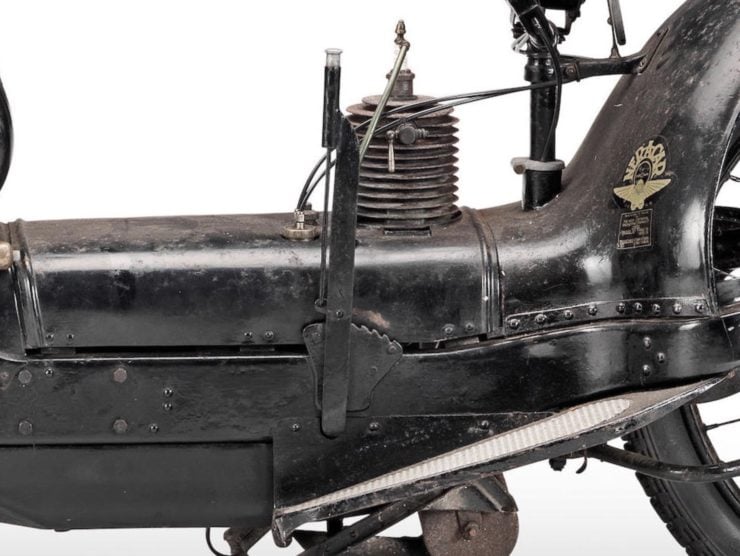 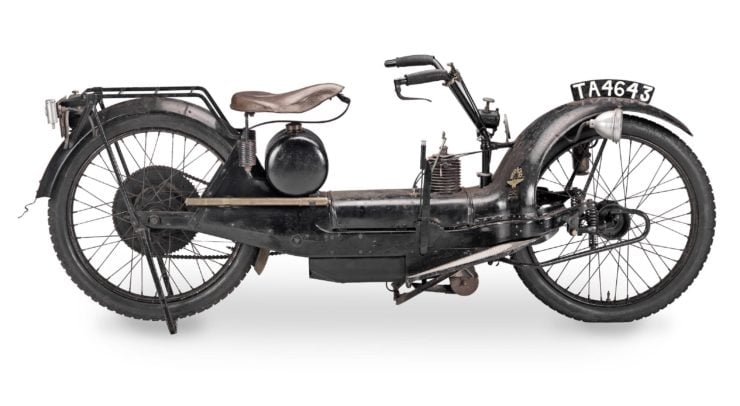 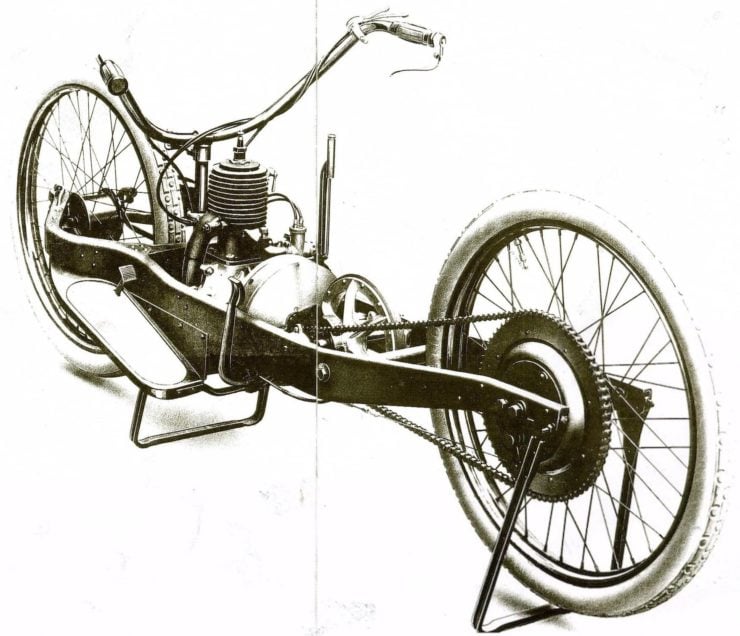 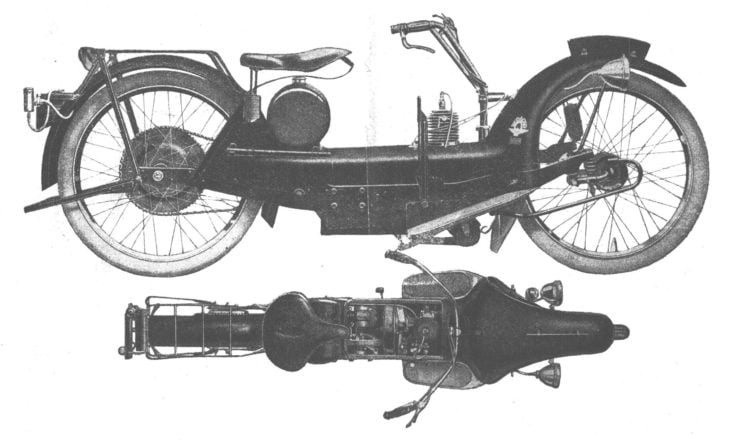 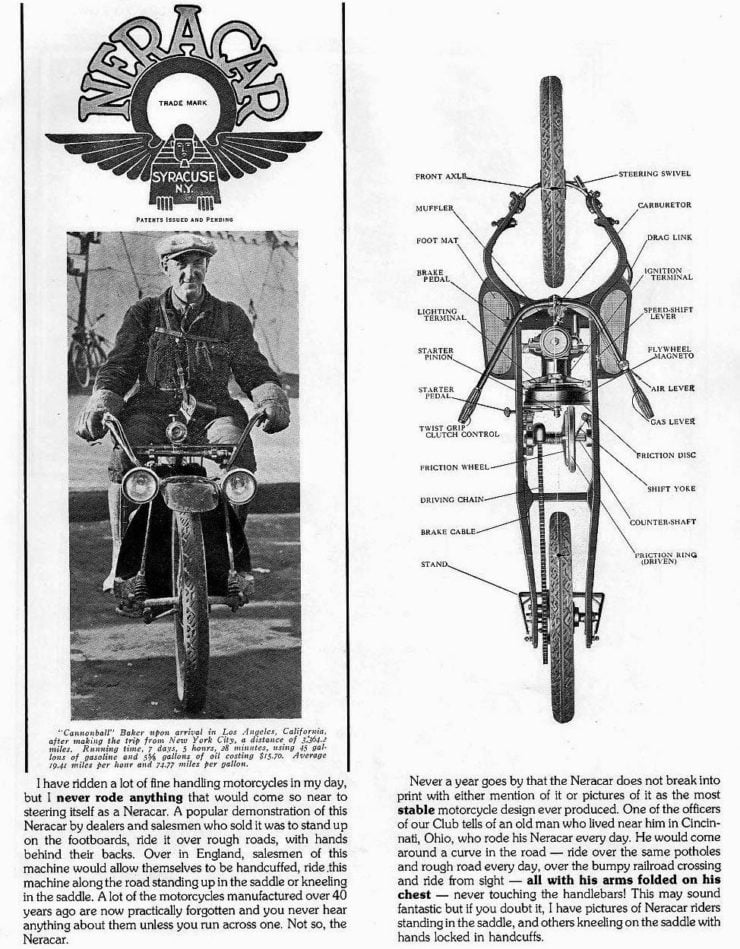 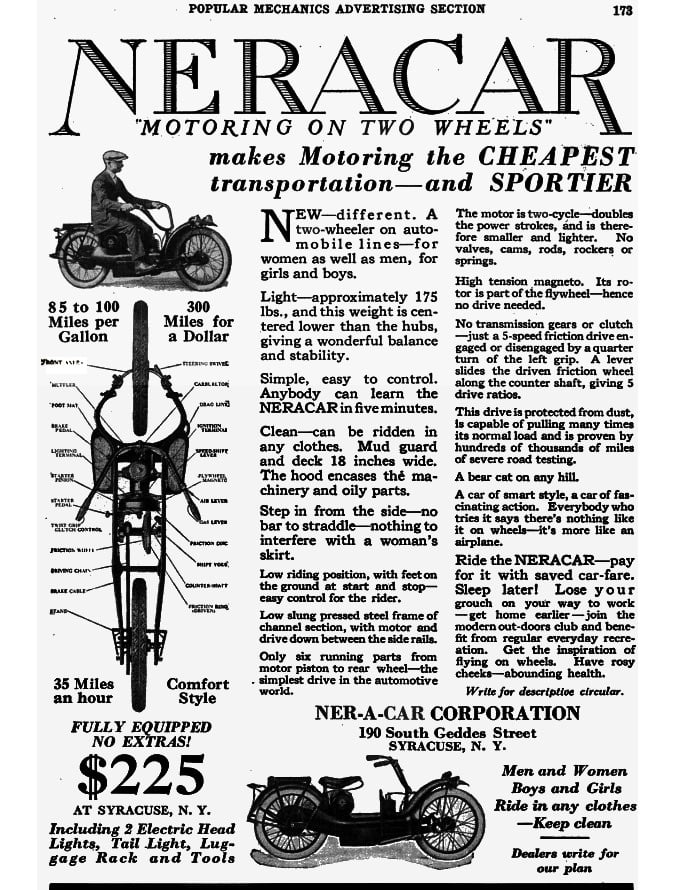 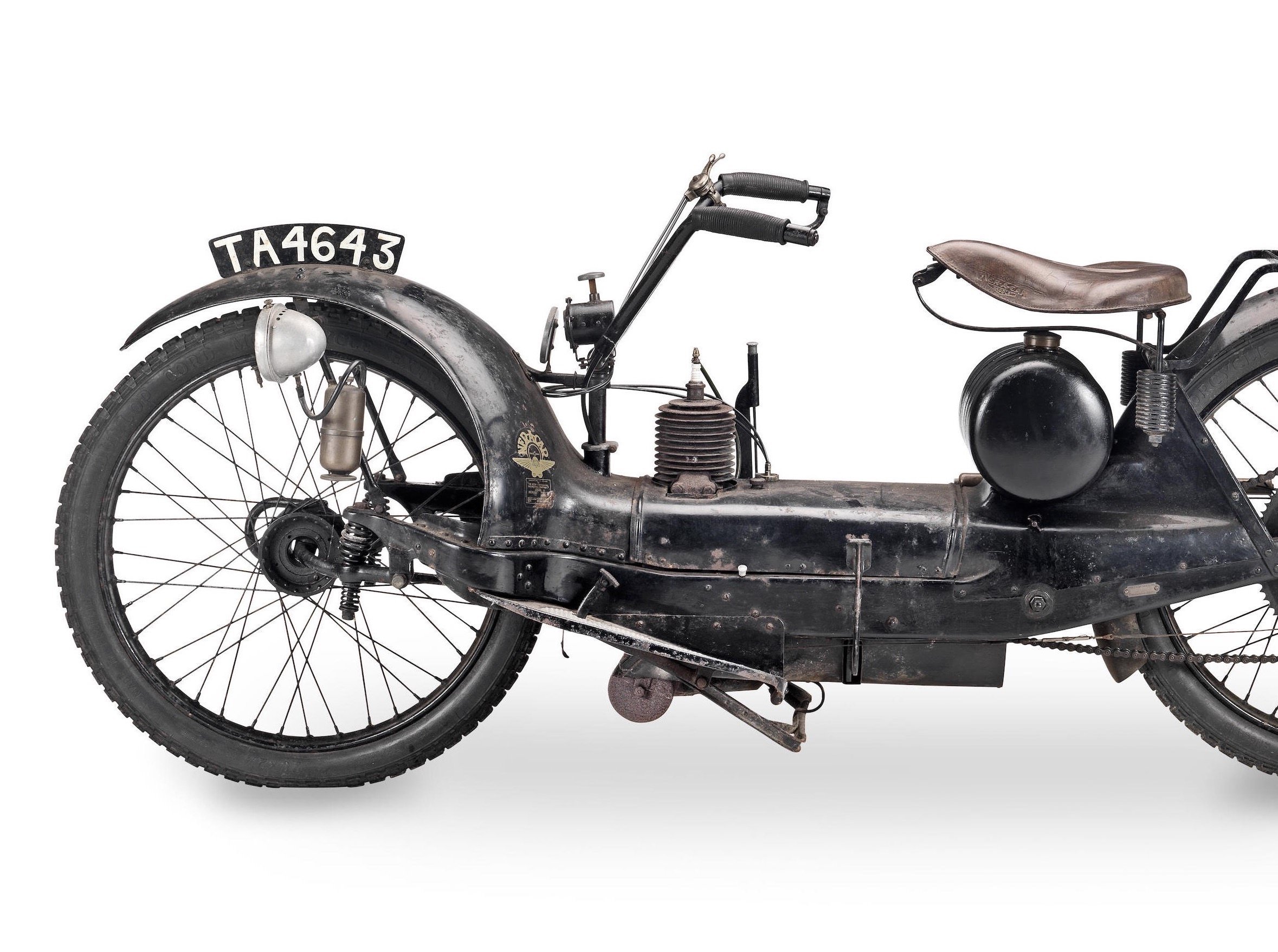