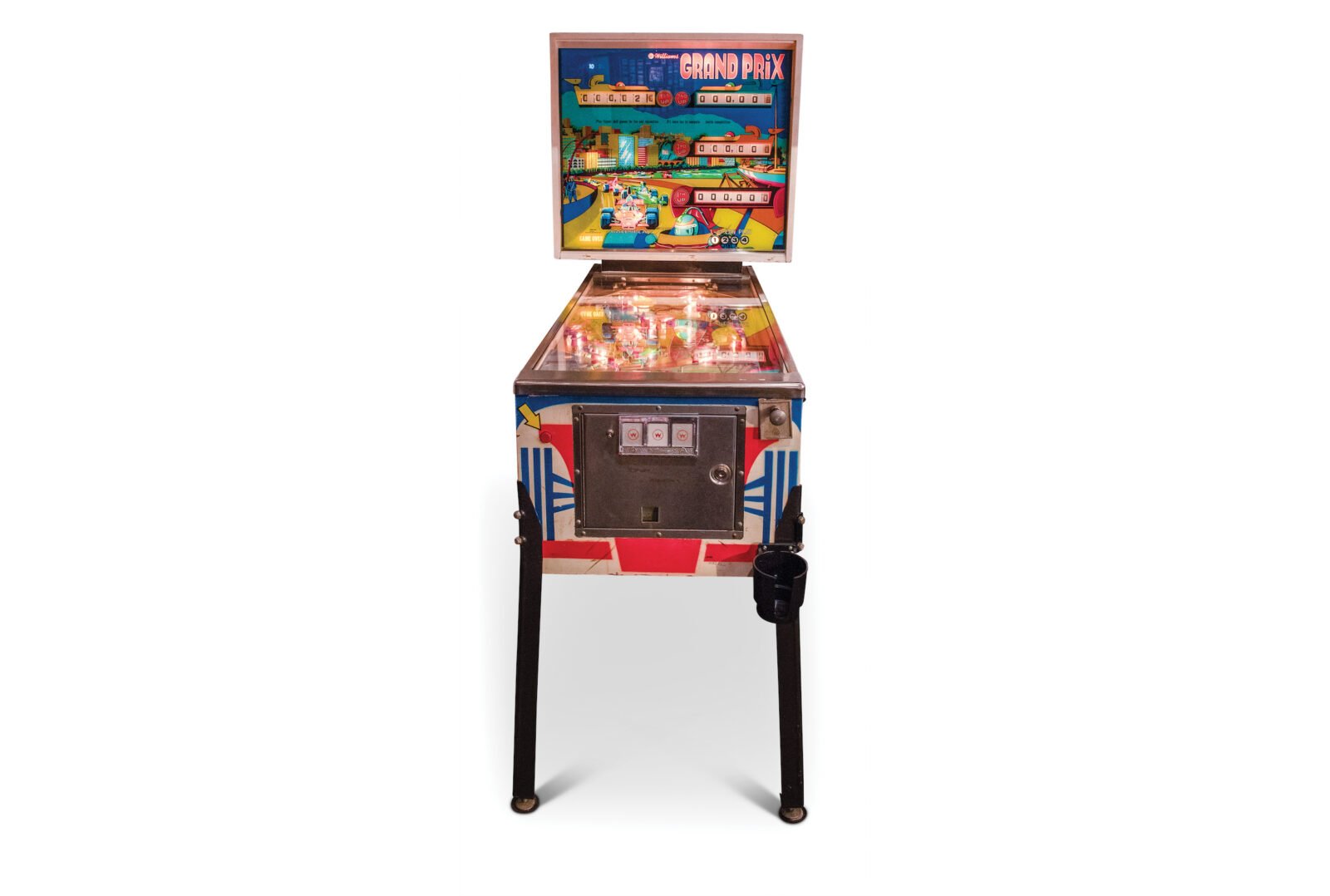 The Grand Prix pinball machine was designed and built by Williams Electronics between 1976 and 1977. Over the course of this year they built 10,554 examples which were shipped around the world, with most ending up in the United States and Europe, but some machines have been discovered in Japan, Australia, and New Zealand.

Unlike many pinball machines made from the 1980s onwards the the Grand Prix pinball machine uses an electro-mechanical system of solenoids and other more traditional elements, rather than printed circuit boards and ECUs. The upside to this is that specialists tend to find them a little easier to repair, and they get the nod of approval from traditional pinball purists too.

It’s possible that the machine was inspired by the movie “Grand Prix” from 1966, the city used on the backboard is Monaco, obviously famous for its appearance of the Formula 1 calendar, and for having one of the most challenging races of the year with very little in the way of run off areas. 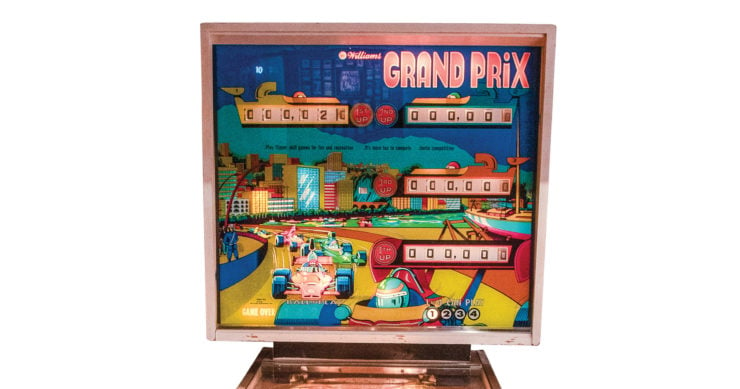 Drivers travel at high speed within inches of the barriers, any contact is usually race ending, and wealthy race attendees often view the spectacle from the decks of their multi-million dollar motor yachts moored in the harbour.

Although there were over ten thousand examples of the Grand Prix pinball machine made it’s not known how many have survived to the current day. We do know that there are at least 137, however the real number is likely quite a bit higher than that as it’s taken from a pinball owners registry.

Pinball machines and other classic arcade games have made a huge comeback in recent years so we expect this relatively rare machine to attract plenty of attention when it crosses the auction block with RM Sotheby’s in September. There’s currently no estimate attached to it, and it’s being offered without a reserve. 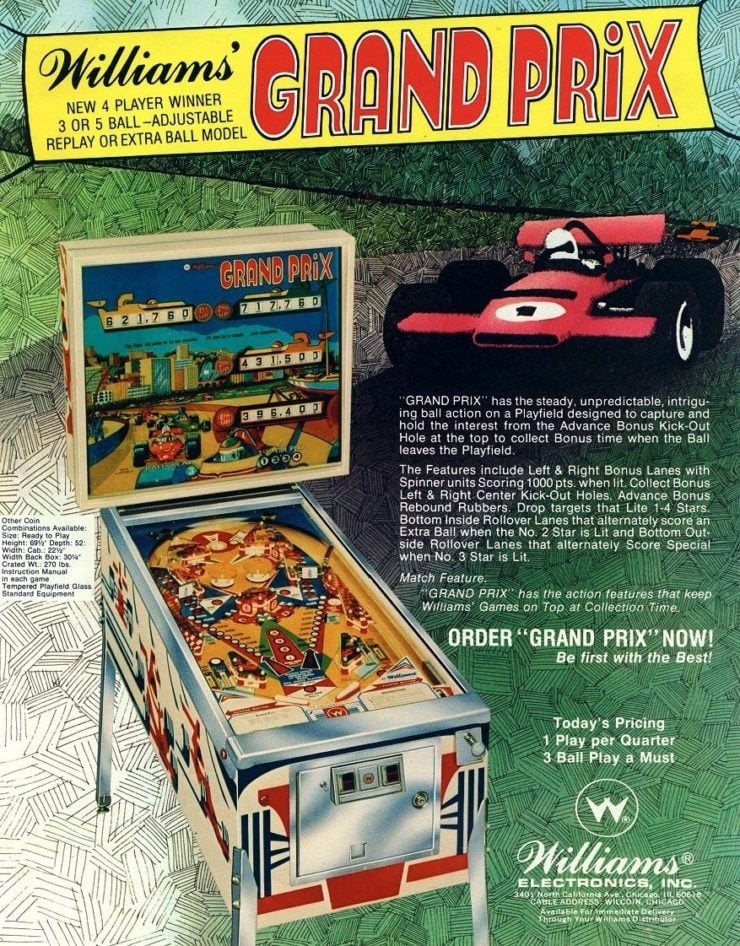 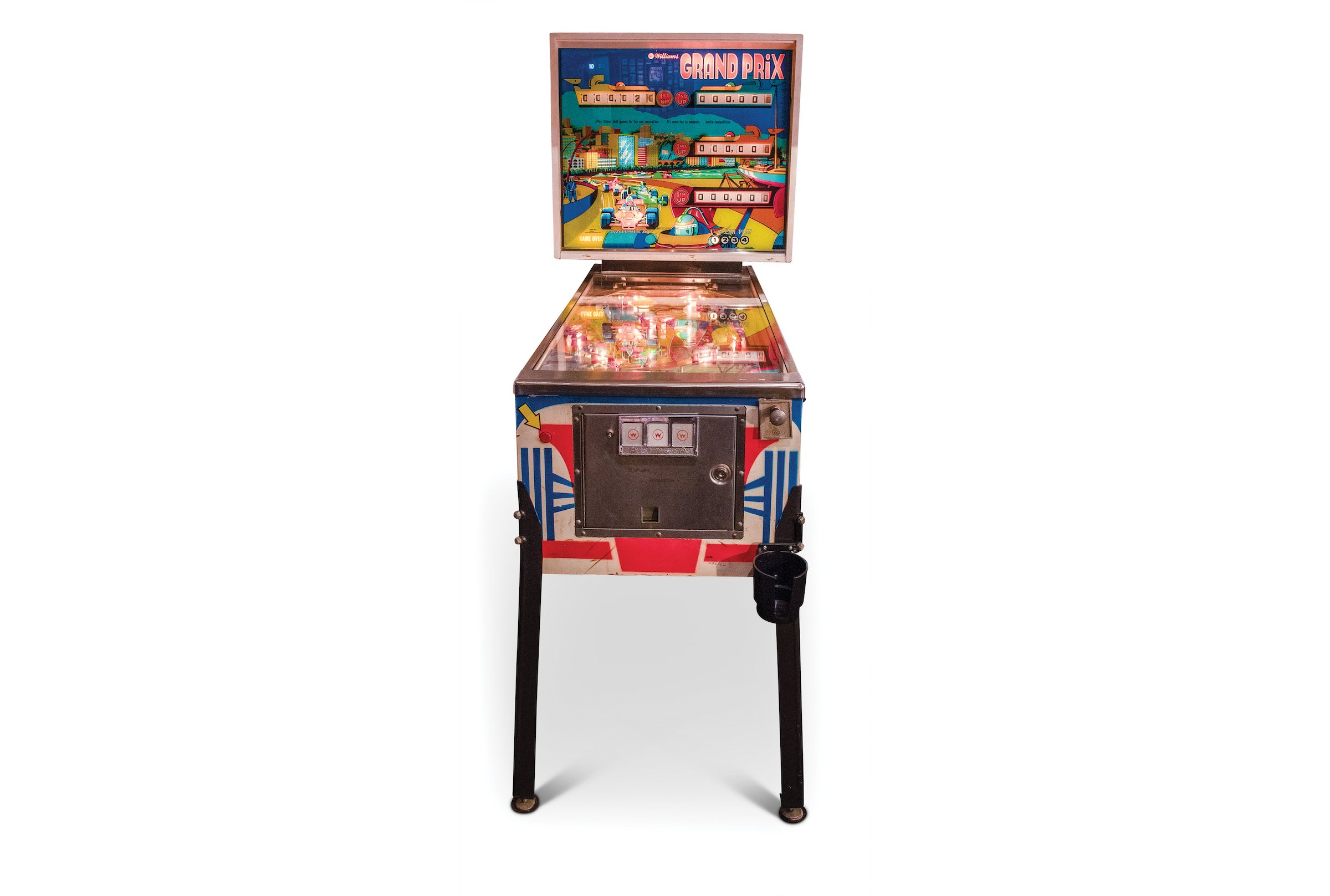