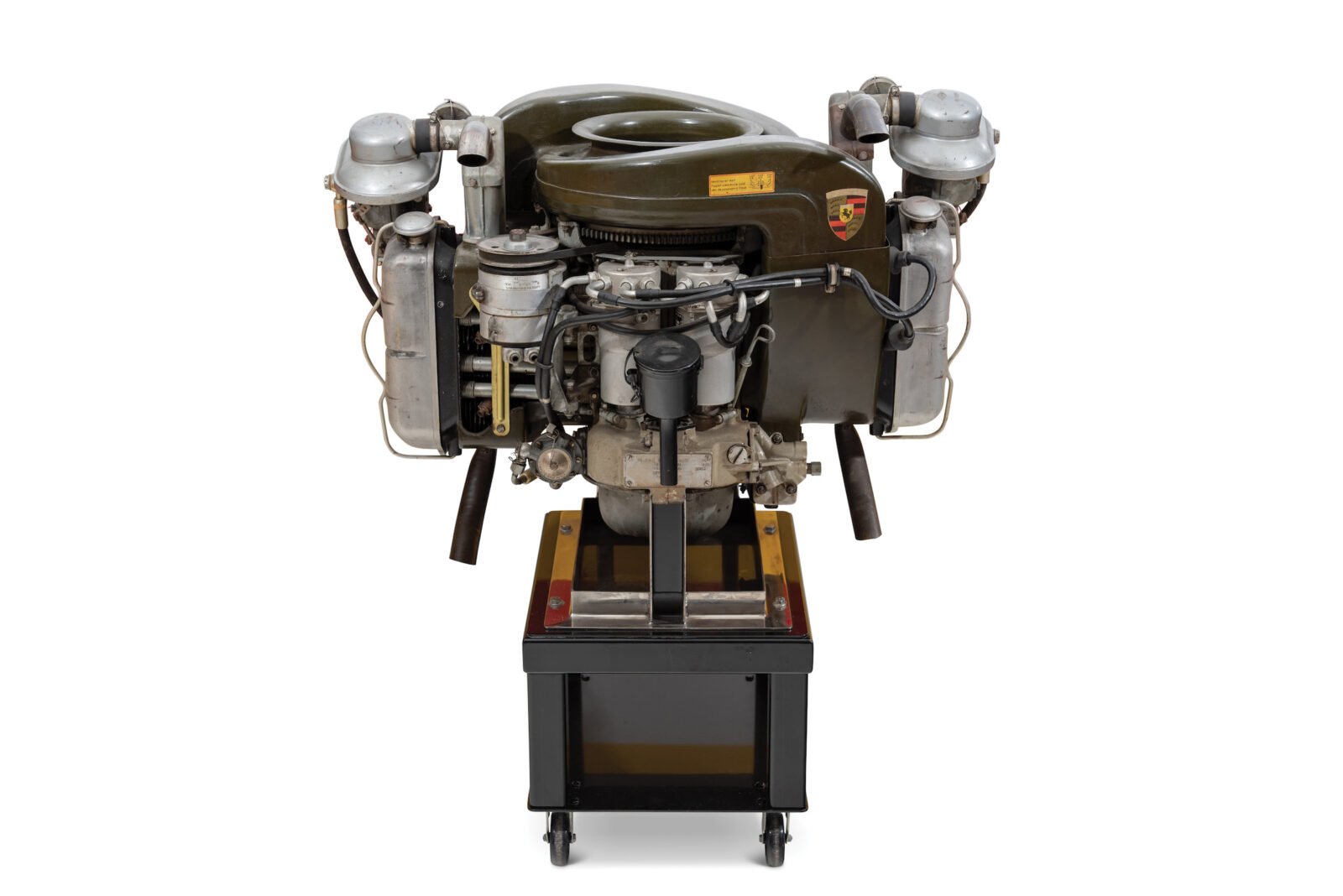 It isn’t common knowledge that Porsche sold a significant number of modified 356 engines to the Americans for use in helicopters, including both the XRON-I Rotorcycle (or YRON-I) and the US Navy’s QH-50 DASH (Drone Anti-Submarine Helicopter).

The horizontally opposed 4-cylinder Porsche engine was perfect for small helicopter use, it’s an air-cooled motor built with fastidious German attention to detail, and they offer excellent reliability if maintained properly. Reliability is paramount when the alternative is a fall of thousands of feet to an unforgiving Earth.

The engine you see here is model number Y0-95-6, it was used in a vertical orientation in the XRON-I Rotorcycle, a one-man helicopter with twin counter rotating rotors made of laminated wood. Yaw control is provided by rotor tip mounted “tip brakes” providing differential torque between the rotors and interestingly, the engine oil is pressurised and pumped into the mast for lubrication and cooling.

The Rotorcycle was designed to fulfill a number of military roles including special forces tactical manoeuvres, observation, reconnaissance, and it was developed to be parachute dropped to downed airmen behind enemy lines to assist with their escape. 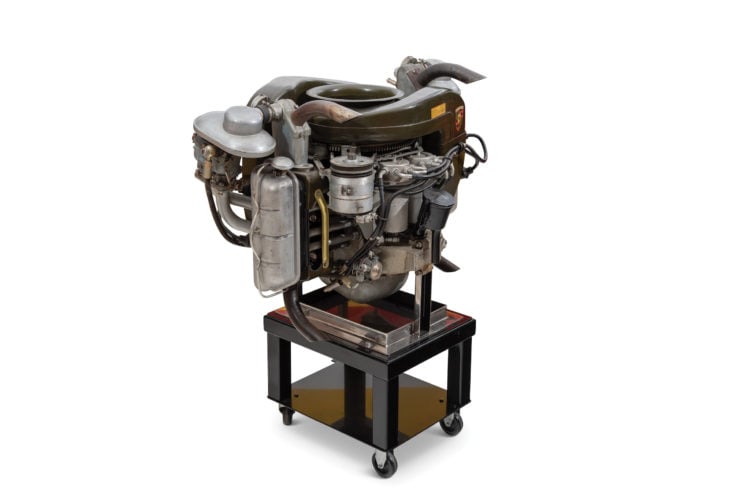 The XRON-I Rotorcycle was adapted into the QH-50 DASH (Drone Anti-Submarine Helicopter), this was the first operational unmanned helicopter designed for a combat role, and a precursor to modern military drones.

These Porsche Y0-95-6 helicopter engines can be rebuilt for use in cars with minimal work by a marque-specialist. It’s difficult to imagine a better engine choice for an Outlaw 356, or one with better bragging rights than an ex-US Navy reconnaissance Porsche helicopter engine from the 1950s.

This engine is due to cross the auction block with RM Sotheby’s in late September, there’s currently no estimate attached to it, and you can click here to read more or register to bid on it. 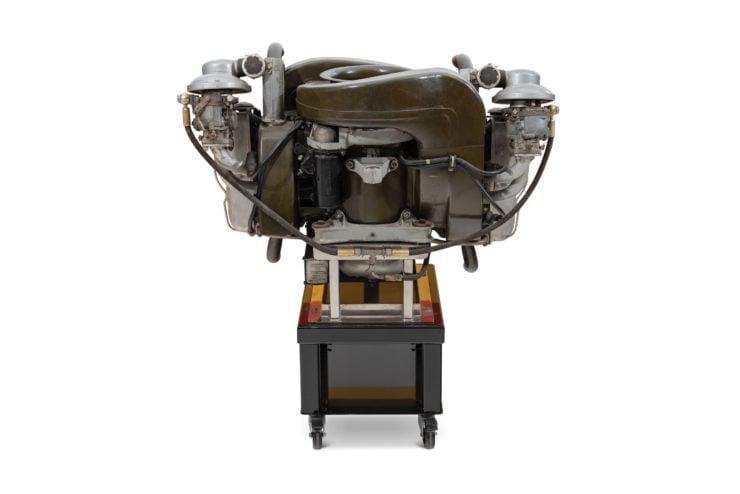 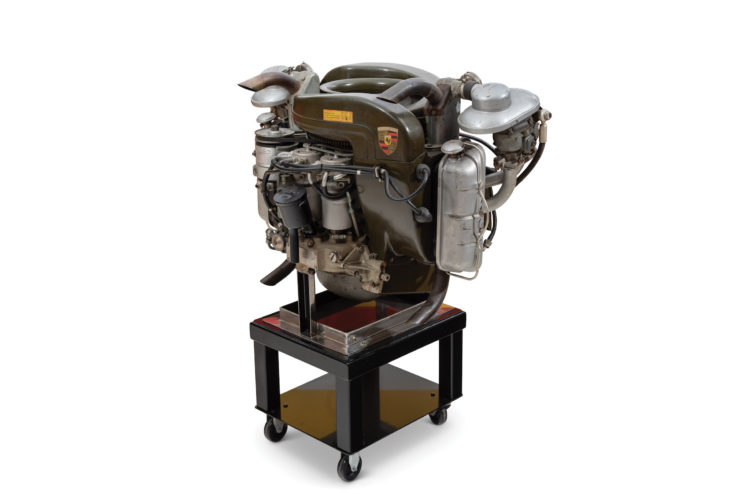 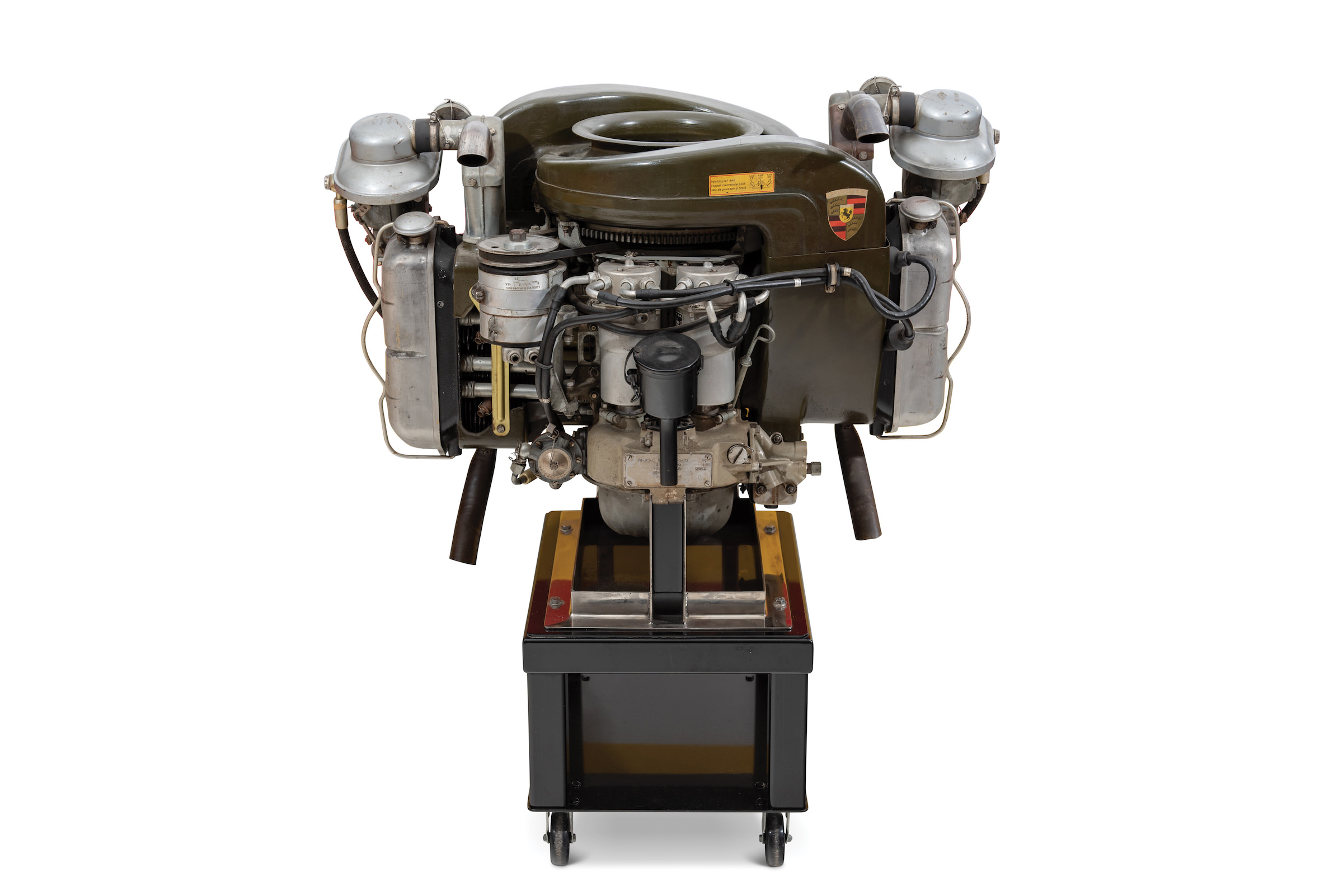