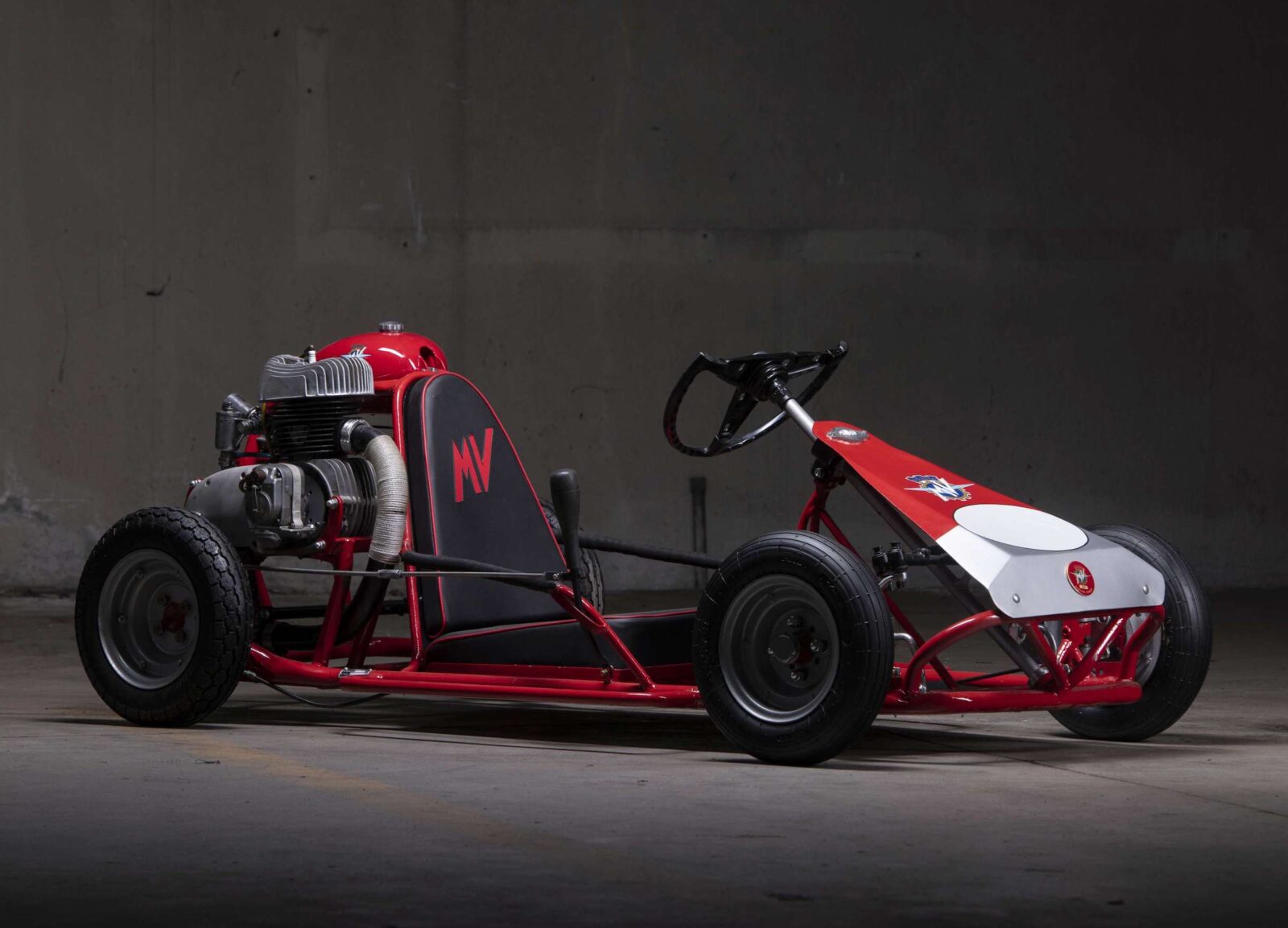 This MV Agusta Tony Go Kart is a remarkable piece of history, it’s a combination of two Italian icons from a time before either of them had achieved the many race track victories that would go on to define them in future years.

Tony Kart was officially founded in 1958 by Antonio Bosio, known as “Mr Tony Kart“. Bosio was a founding father of modern go kart engineering, his chassis designs are still influencing designs today, and he pioneered the mono piston floating caliper for use in kart racing. Although the company was founded in ’58, Bosio had actually been building karts prior to this as a sole proprietor in Prevalle near Brescia in Italy.

The go kart you see here is one of these very early designs, it clearly shows the chassis design that Tony Kart would go on to become famous for, and interestingly it has an MV Agusta VIN plate and badging, indicating that it may have been an official MV Agusta vehicle. That said, we haven’t been able to find any additional information about MV Agusta go karts, so we can’t confirm this either way. 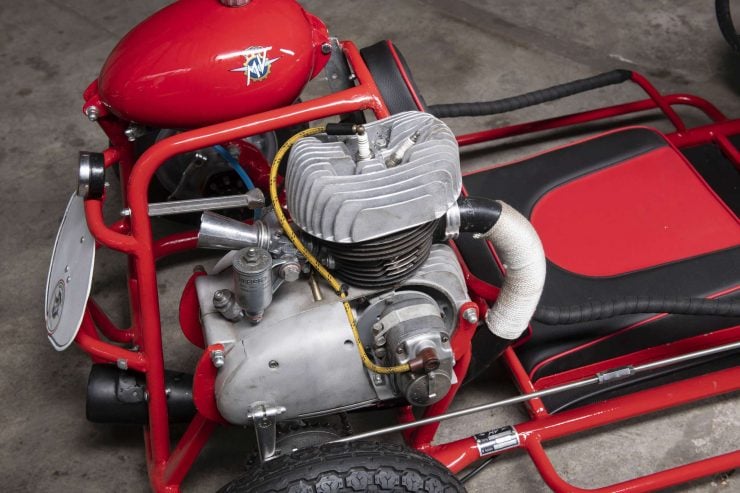 The kart is fitted with an MV Agusta 150cc two-stroke, single-cylinder engine. It’s a unit construction 6.2 hp air-cooled motor with a 4-speed gearbox and a magneto, the gear selector now runs down the right side to a hand shifter.

Power is sent to the rear wheels via a chain drive and there’s both a single Dellorto carburettor and a single exhaust pipe that passes perilously close to where the back of the driver’s upper arm would be. The seat is a simple padded affair, the steering wheel has had the top cut off as there’s less than one turn lock-to-lock, and the fuel tank appears to be from an MV Agusta moped.

Although it isn’t listed, the MV kart has clearly been restored at some point, it now presents in excellent condition and will hopefully find itself returned to the track in the possession of its new owner. Artcurial are estimating that it’ll sell for between €8,000 and €14,000, if you’d like to read more or register to bid you can click here to visit the listing. 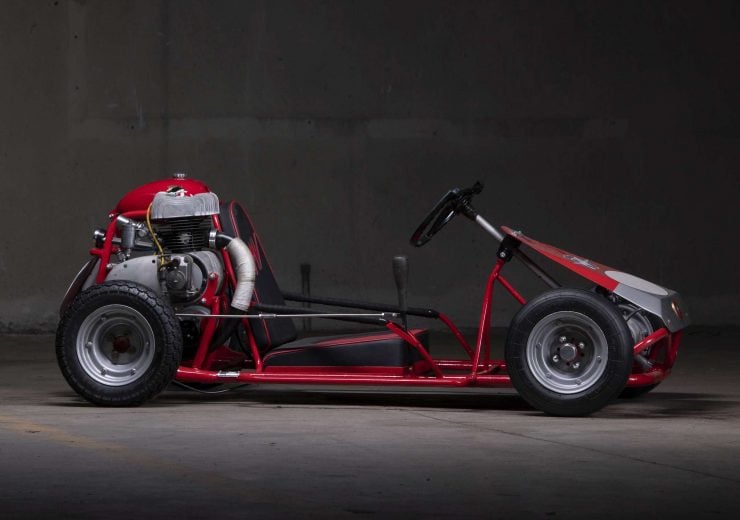 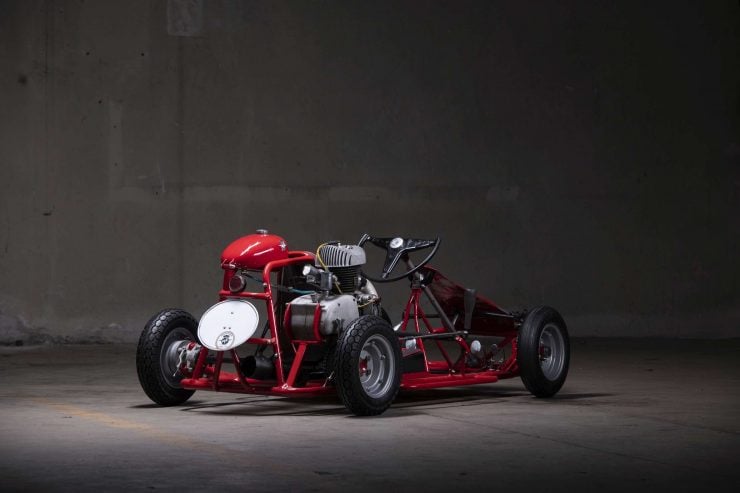 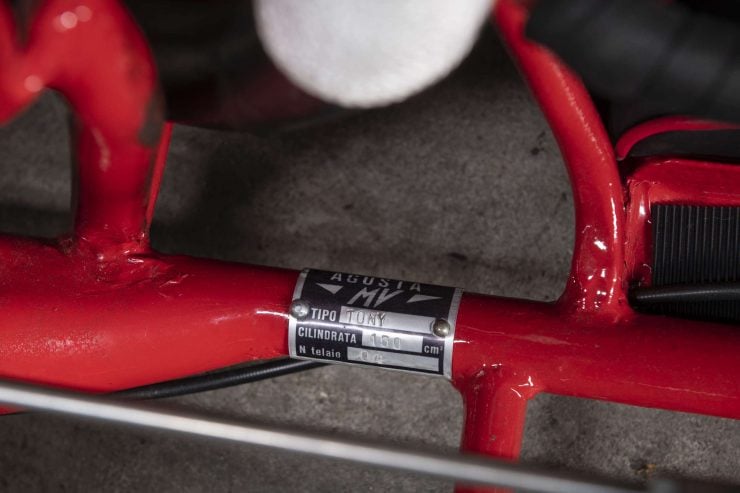 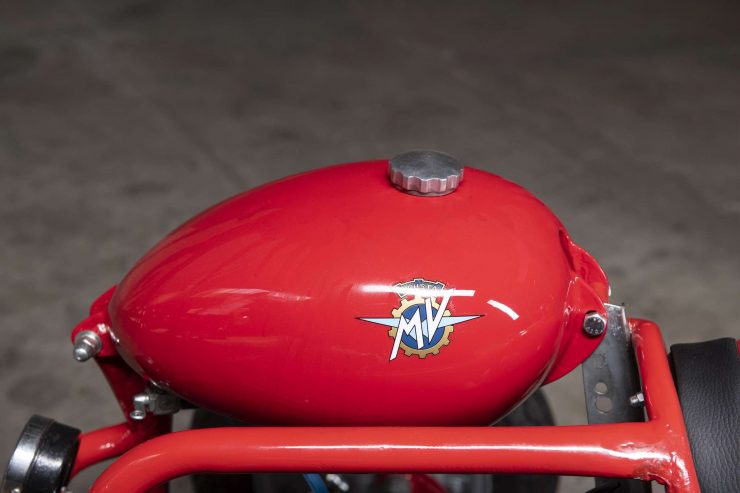 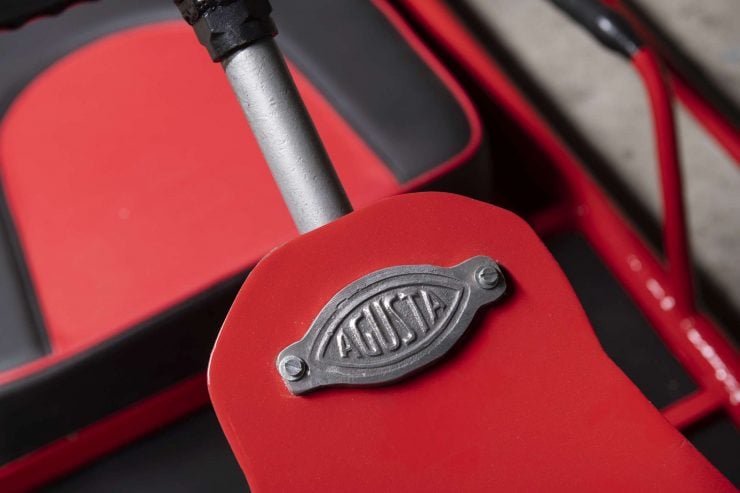 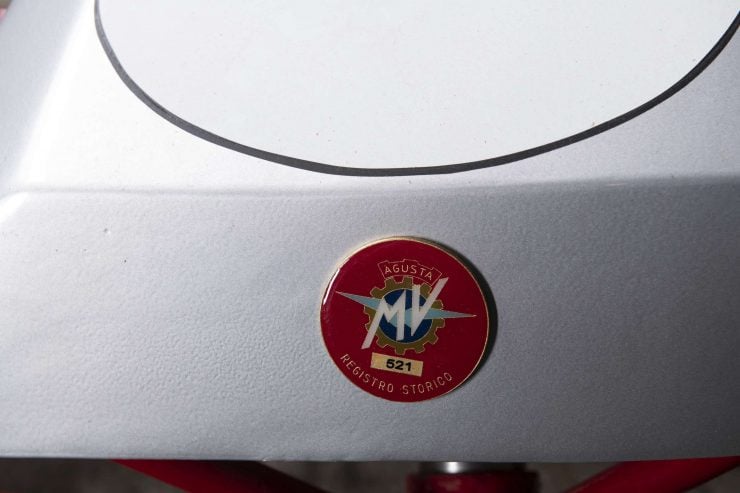 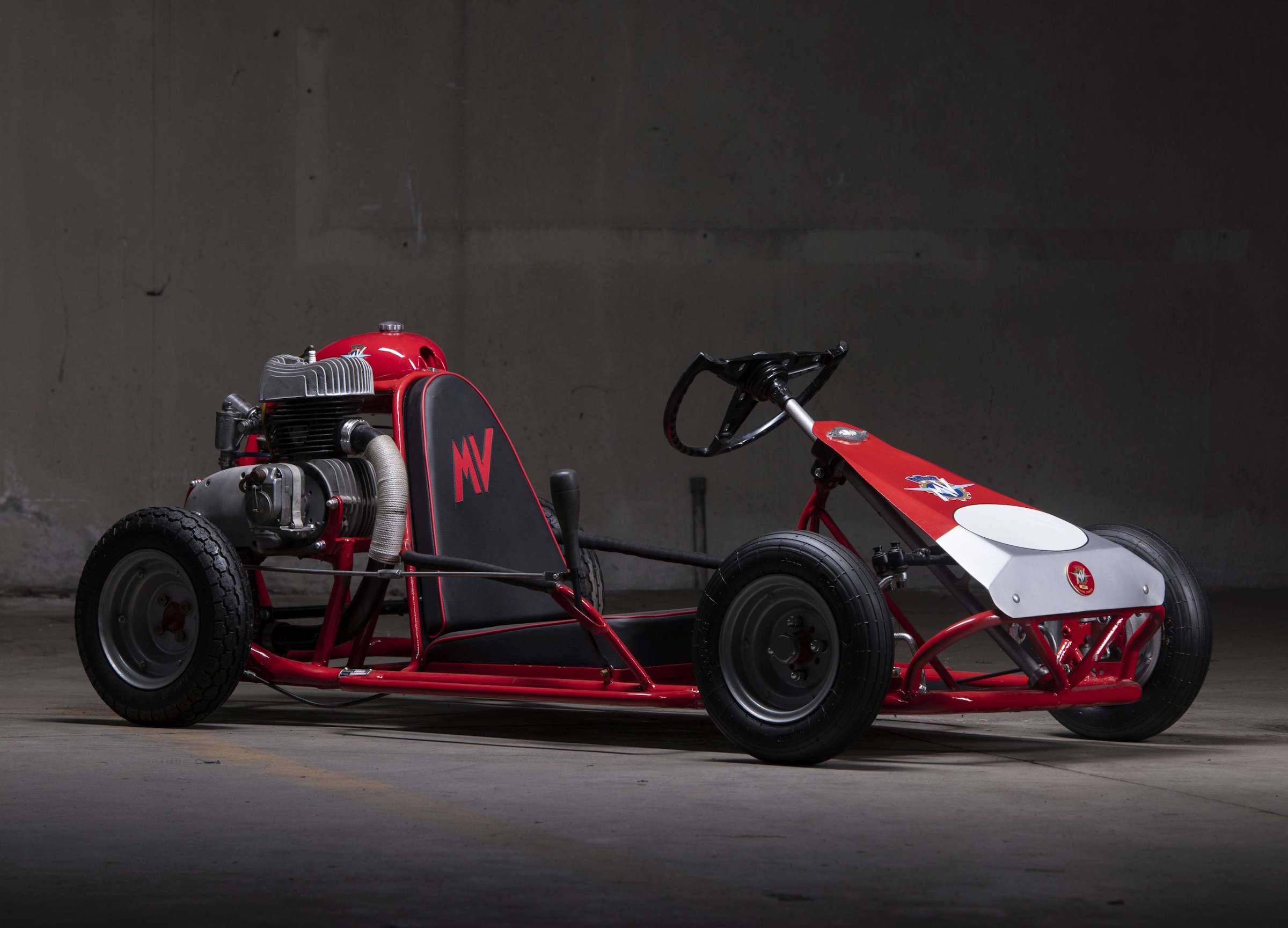