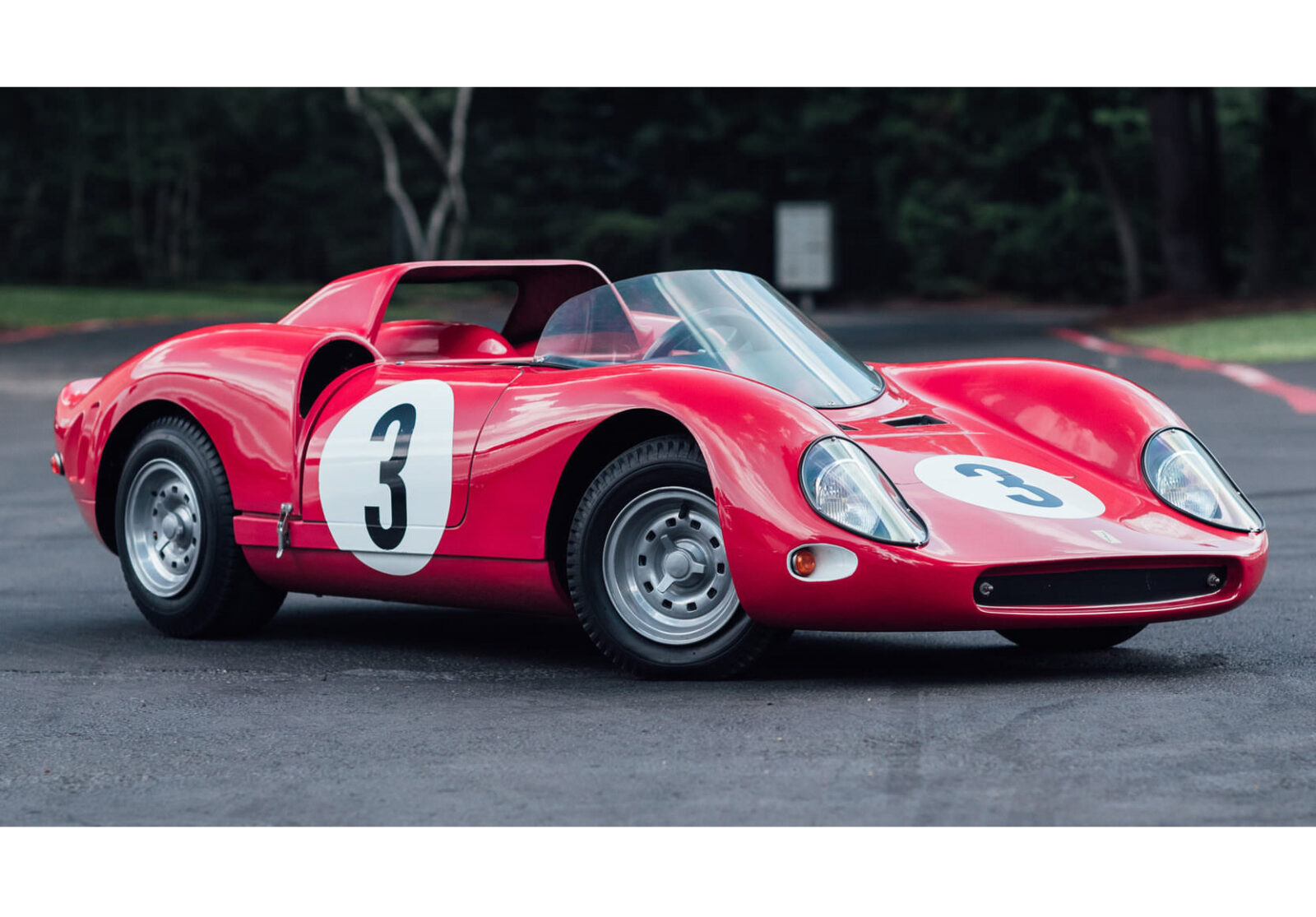 There are few forms of motor racing quite as fun go-karting. Karts usually aren’t that quick, but they’re typically cheap to run and maintain, accidents are unlikely to kill or maim you, and if you break down the walk back to the pits is usually only 100 yards or so. Many top notch racing drivers got their start in karting, including legends like Ayrton Senna, and the current crop of grand prix drivers all spent their formative years in karts.

The go-karts you see here are each made by different manufacturers, and although they aren’t designed for racing, they’d each make a great starting point for teaching the basics of driving and racing young whippersnappers who’ve shown an interest in motorsport. 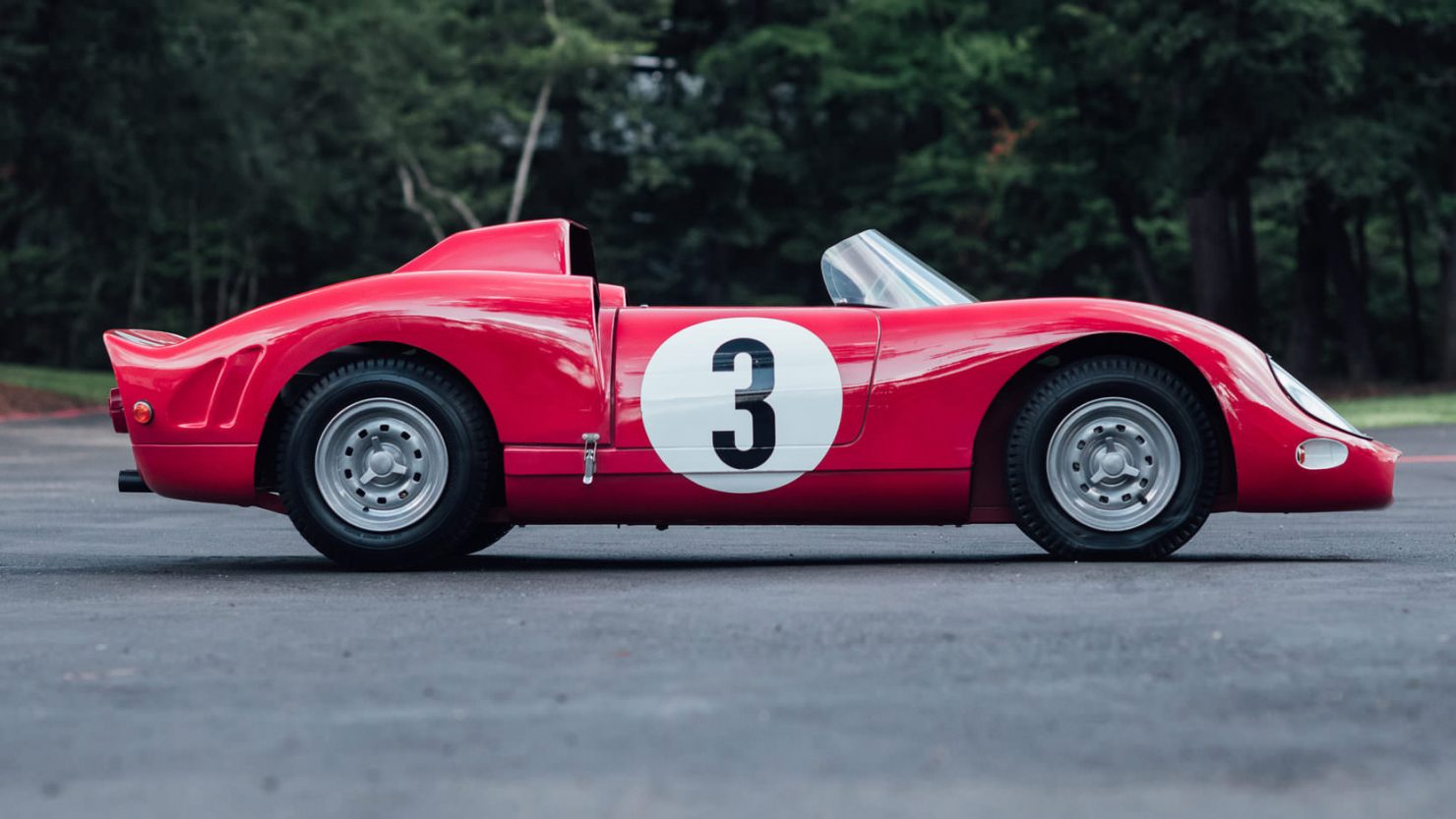 This 2.5 horsepower kart was designed and built by French company De La Chapelle as a 2/3 scale replica of the mighty Ferrari 330 P2 Le Mans. It’s capable of speeds up to 25 mph, and it has a moulded fiberglass body over a welded steel chassis, with a rear mounted air-cooled Honda engine, a key start, and amazingly it has a functional speedometer,  tachometer, headlights, and indicators.

Inside it has a bucket seat (that sadly won’t accommodate adult posteriors) with a riveted aluminum cockpit and a detailed dashboard and steering wheel. Interestingly, De La Chapelle took an order years ago from the organizers of the 24 Hours of Le Mans (the Automobile Club de l’Ouest) for a series of Ferrari 330 P2 replicas to teach children racing basics on a special track alongside the Circuit de la Sarthe. 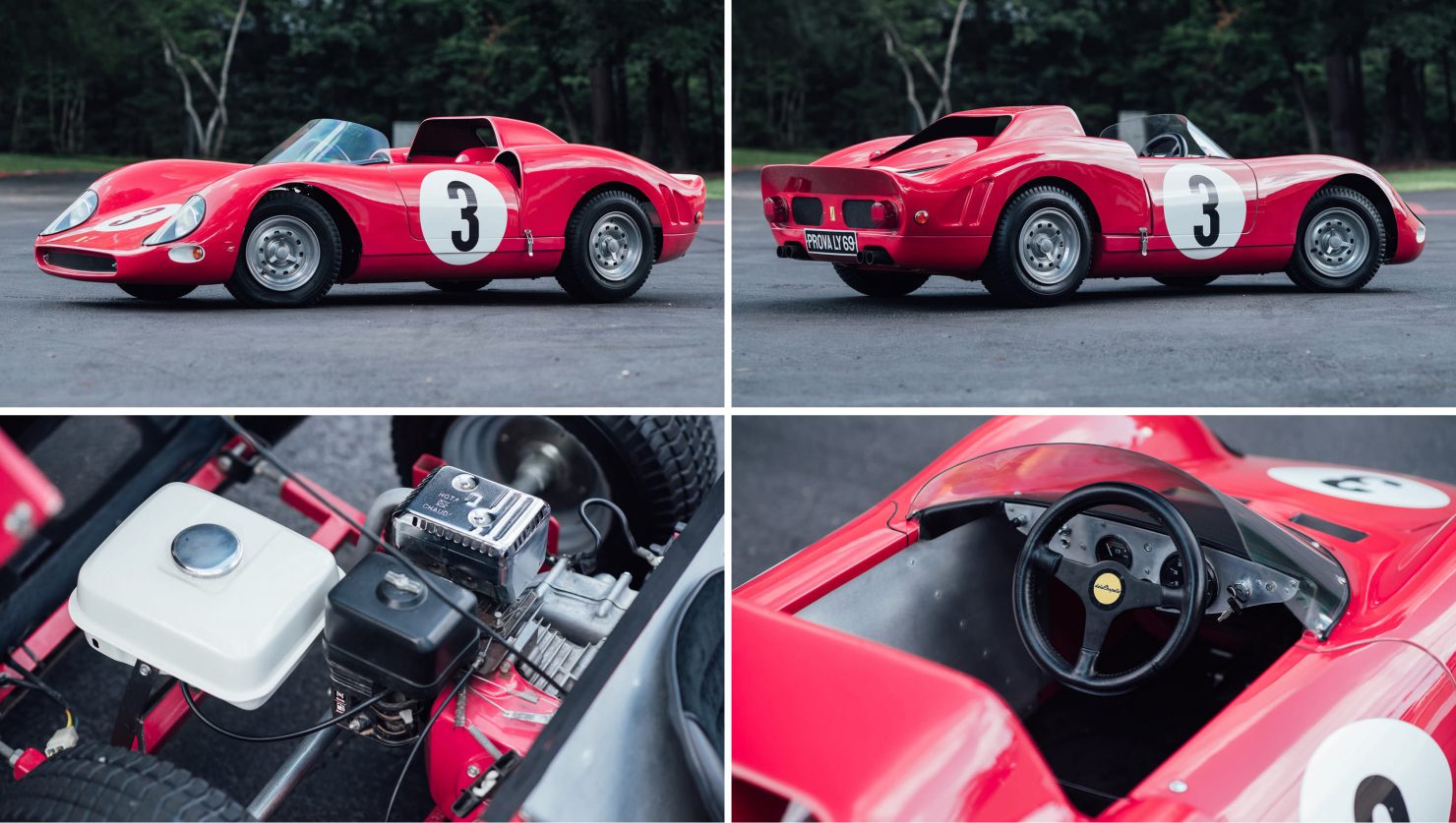 This Mercedes-Benz 300SLR Stirling Moss race car replica is likely to have a number of grown men I know lining up to bid, it was handmade in Britain with a steel chassis and GRP body, and it’s powered by a 2-stroke 50cc motor.

With its hand-stitched leather interior, discs brake, cast brass chrome work, 4-spoke aluminum steering wheel, and switch-mounted lights the 300SLR go-kart is better than many of the first cars we owned. Unlike the original however, this one won’t quite reach 180 mph, and the engine has one cylinder instead of eight. 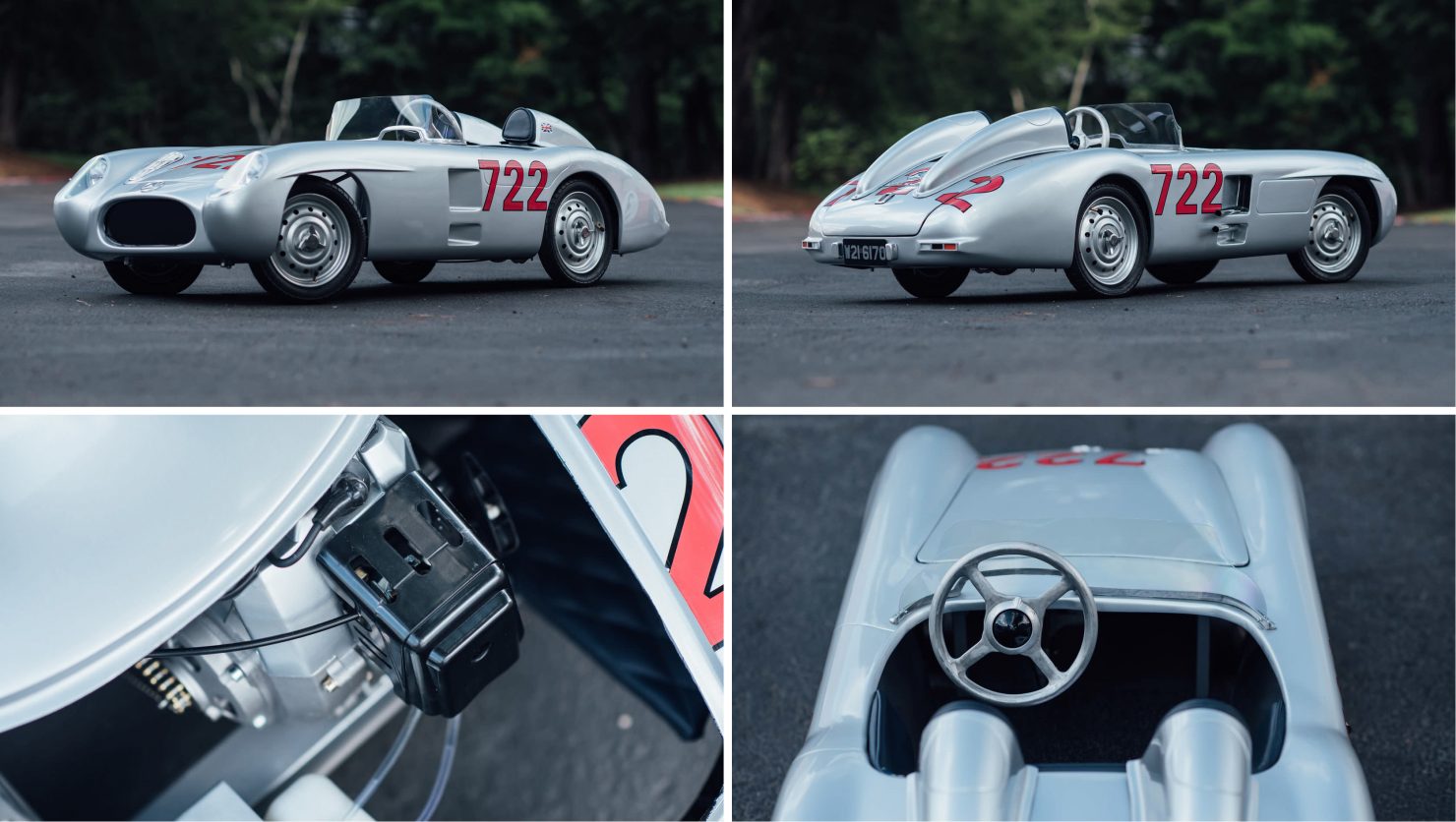 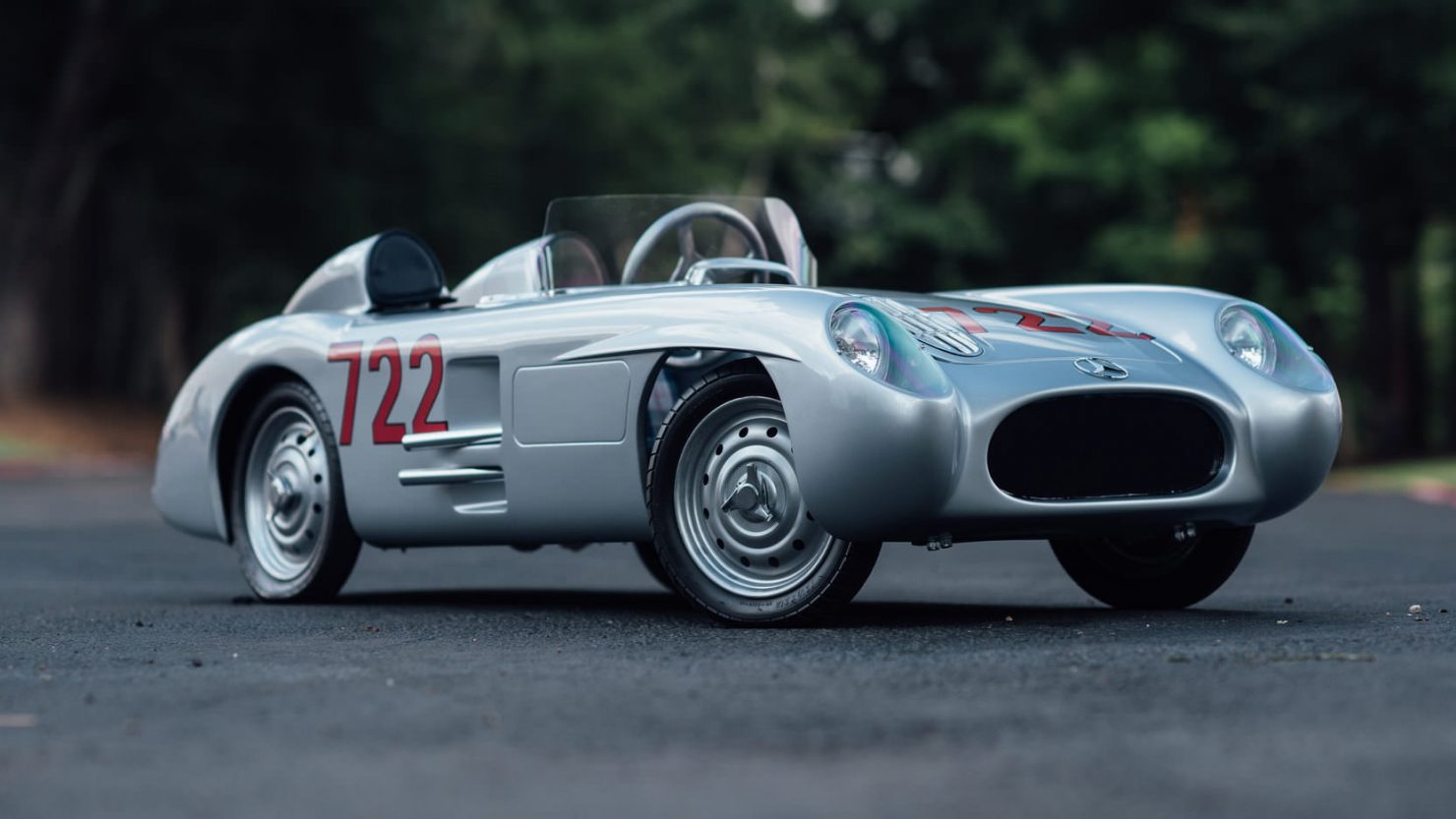 The E-Type Jaguar (known XKE in North America and some other markets) was a revolutionary motor car when it was introduced in 1961, it offered astonishing levels of performance for not a whole lot of money, and it was so good-looking that Enzo Ferrari himself called it the most beautiful car ever made.

This petrol-powered E-Type go-kart (or Junior) is styled after the very first examples of the model, not the more common Series II and Series III models that came later. It even has the correct leather bonnet straps and covered headlights, though interestingly it’s fitted with wheels that are replicas of those used on the racing D-Types, rather than the spoked wheels used on the E-Types. 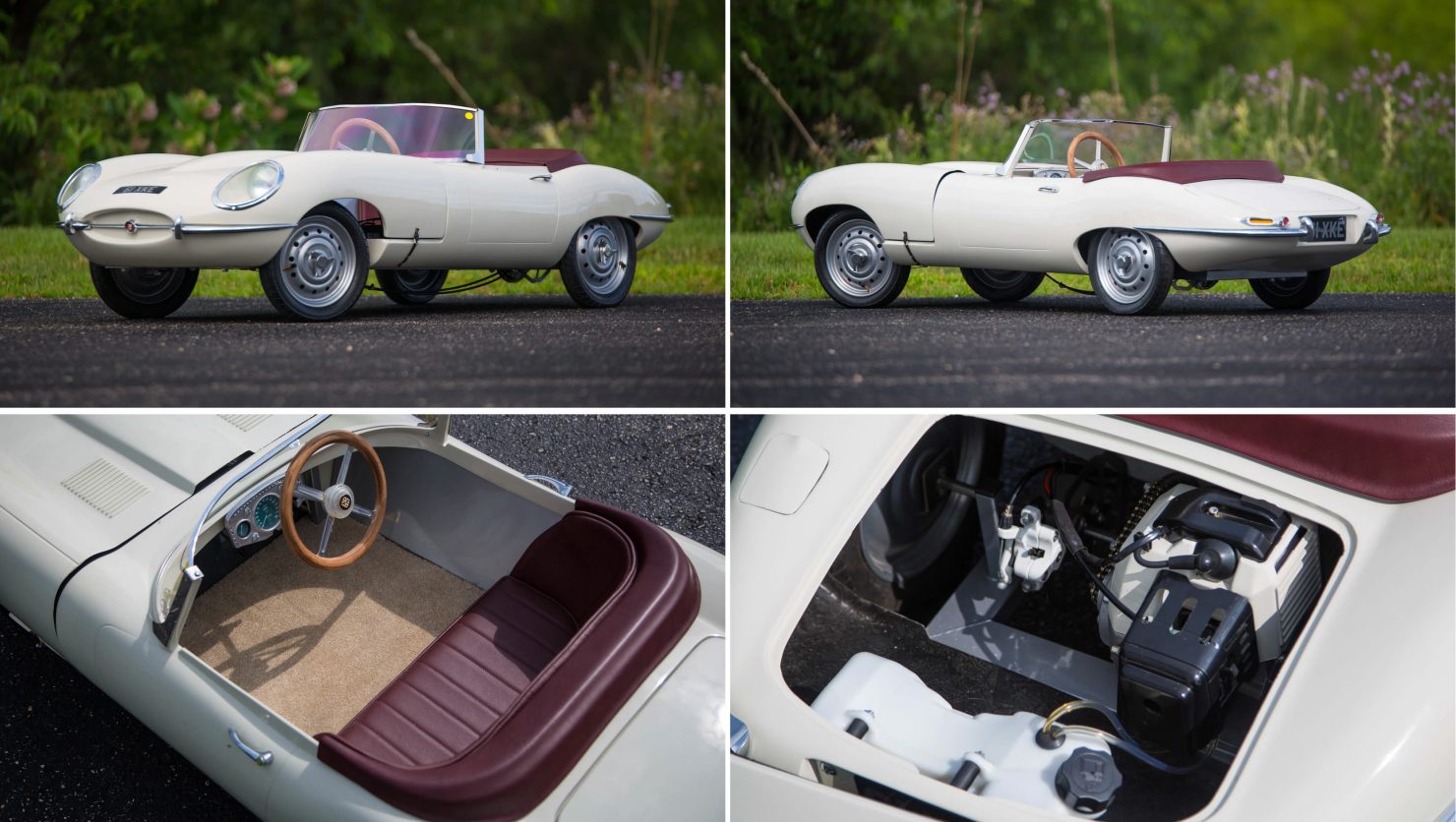 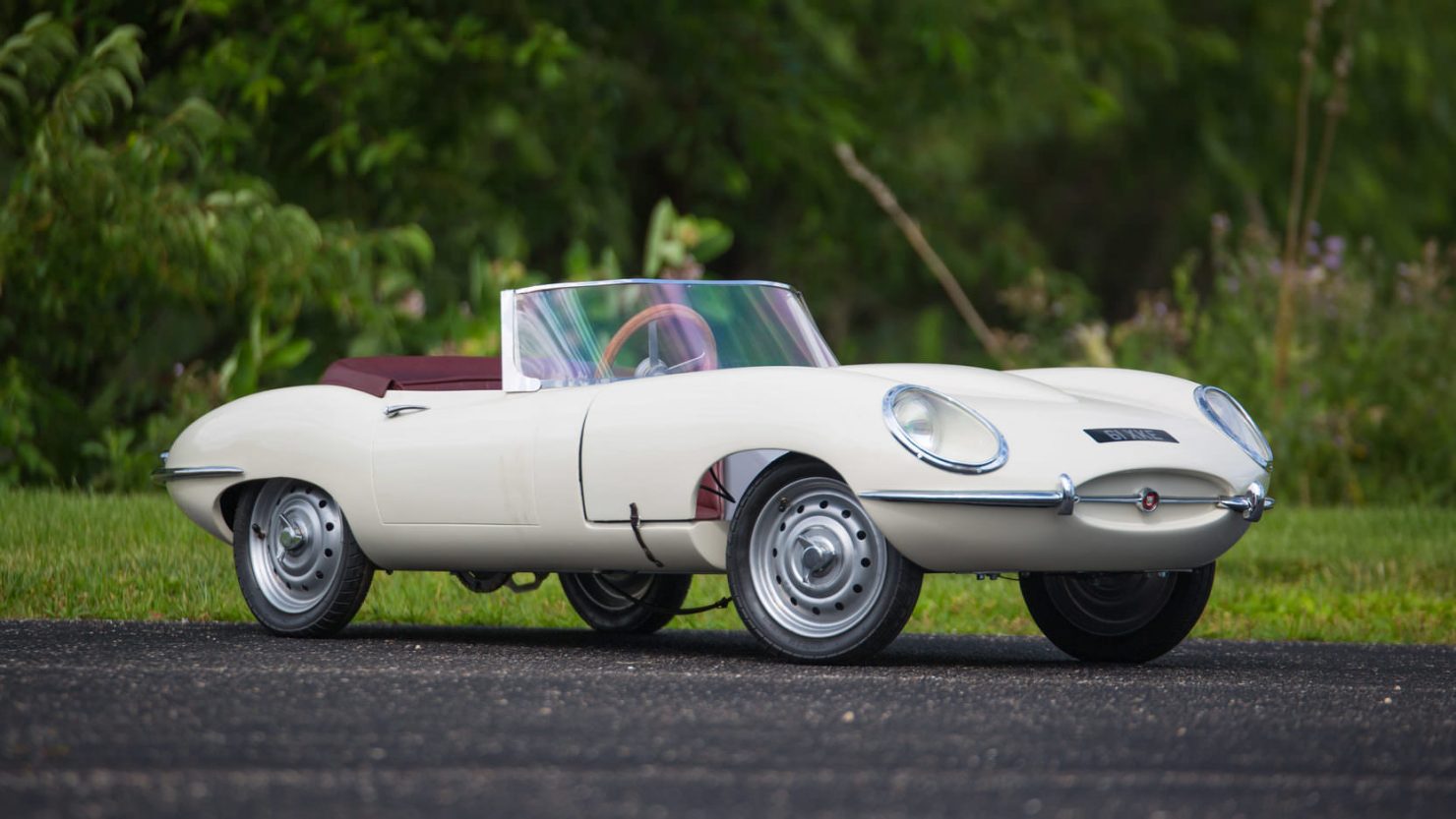 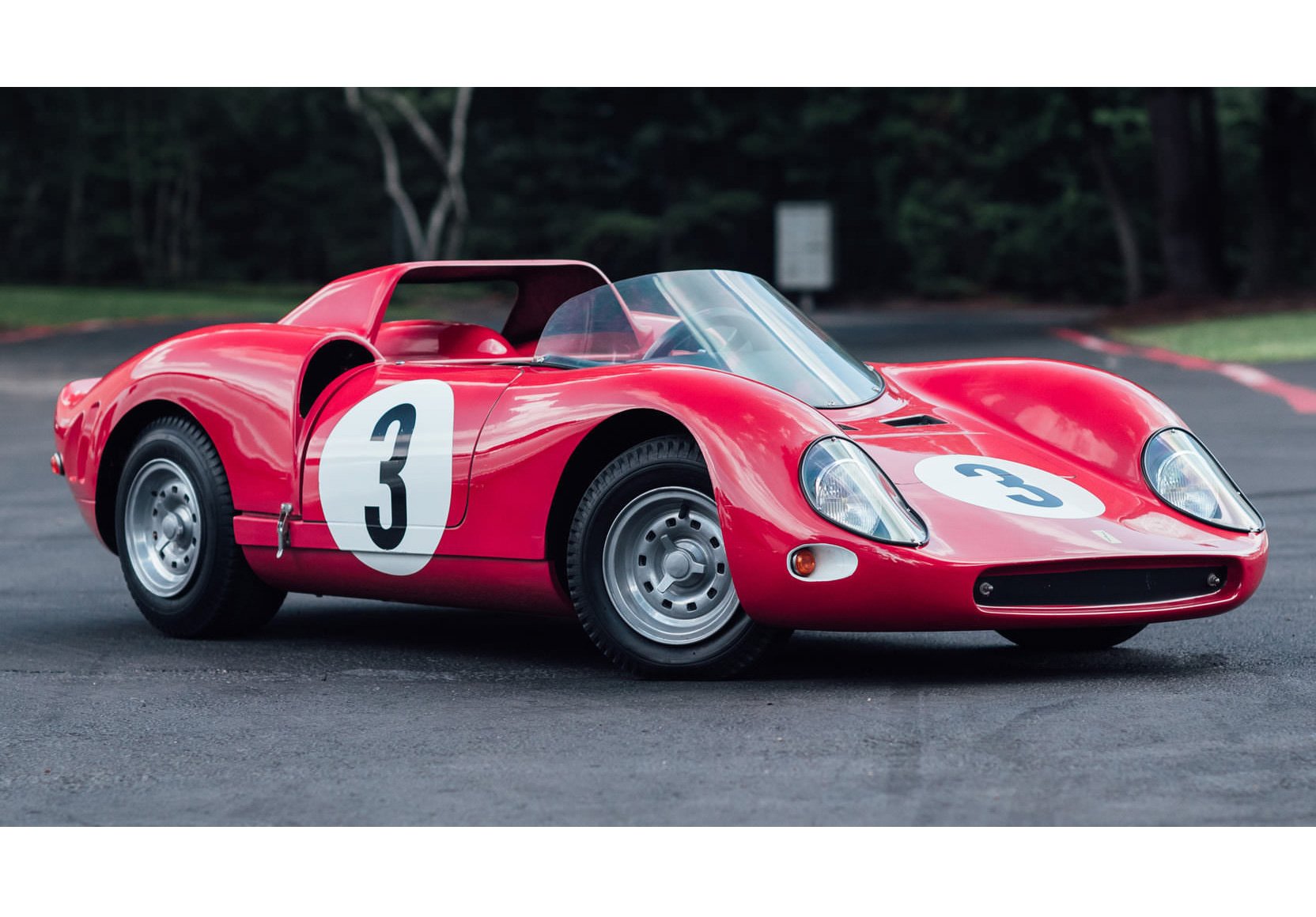