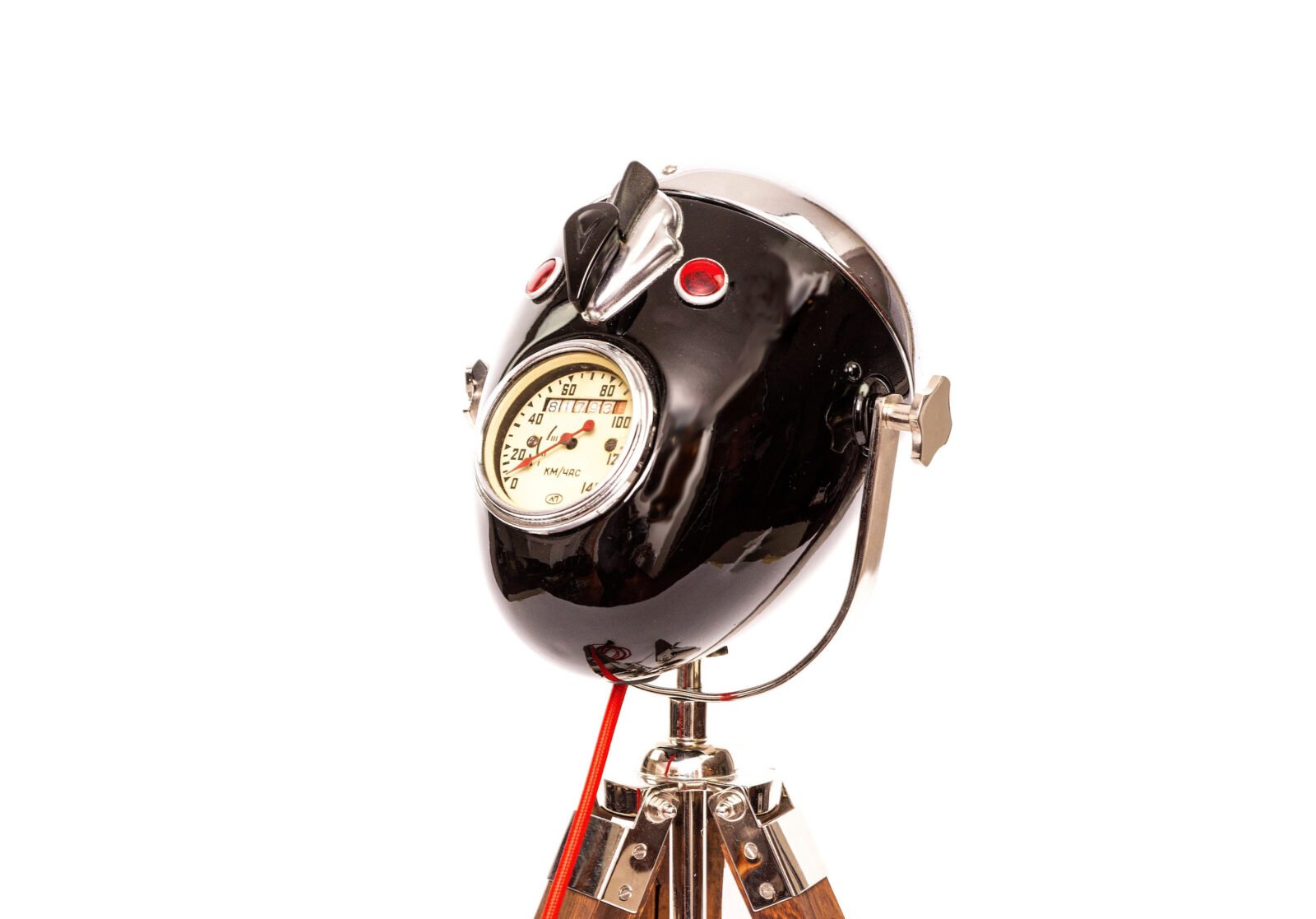 The Modern Weld is a small company based in Columbus, Ohio who’ve made a name for themselves creating a beautiful series of table, desk, and floor lamps that utilize genuine vintage motorcycle and scooter headlights.

This lamp is made using an original, vintage Ural headlight. Ural motorcycles (typically fitted with sidecars) are famous for their long history and their WWII BMW heritage, and the company has made quite a comeback in recent years, now selling modern versions of their classic motorcycles in the USA, Europe, and further afield.

This headlight has been freshly painted black, it has a modern LED bulb for power savings, and a red cloth covered cord. The original ignition key now turns the lamp on and off, and the lamp has heavy duty wooden legs, with chrome fittings, and an adjustable neck. 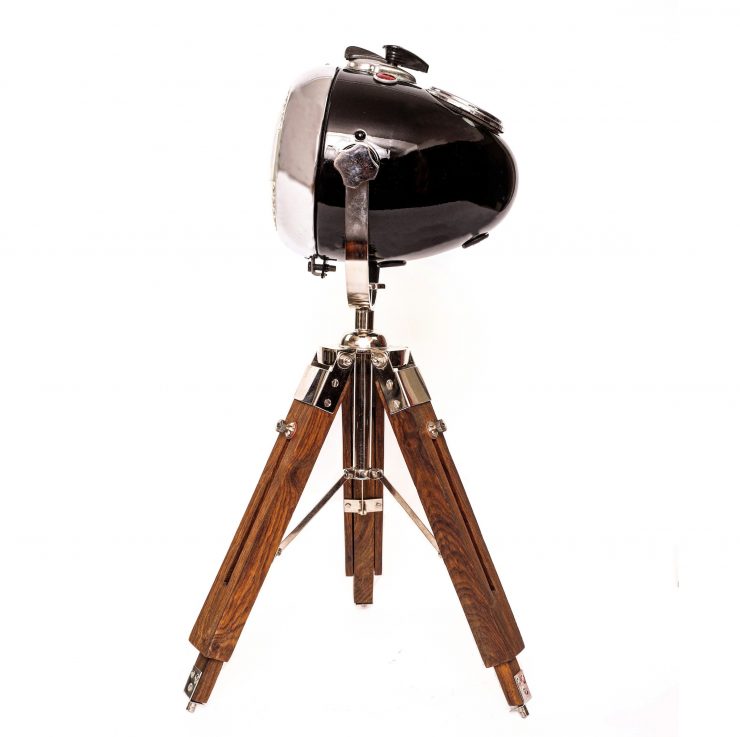 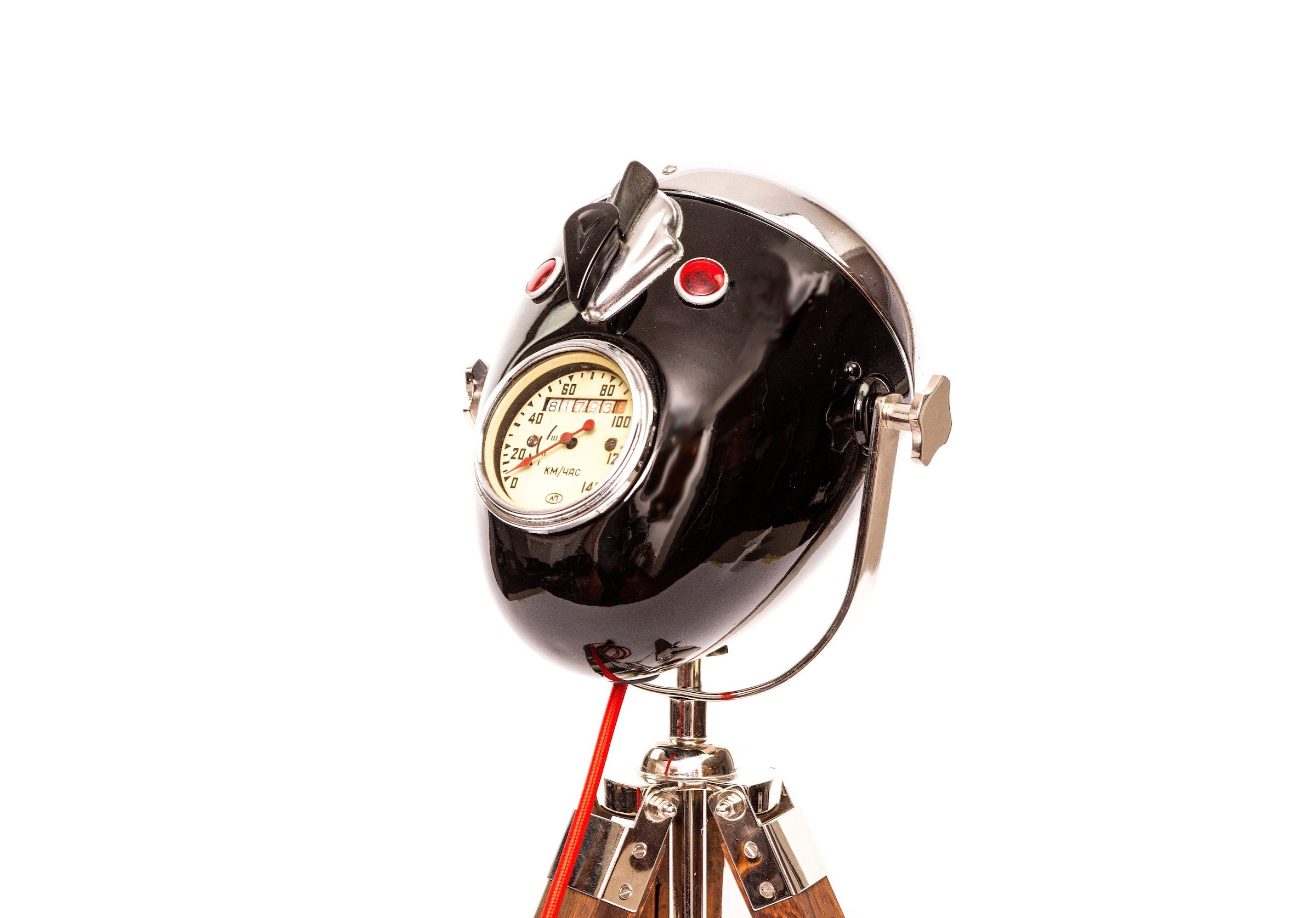