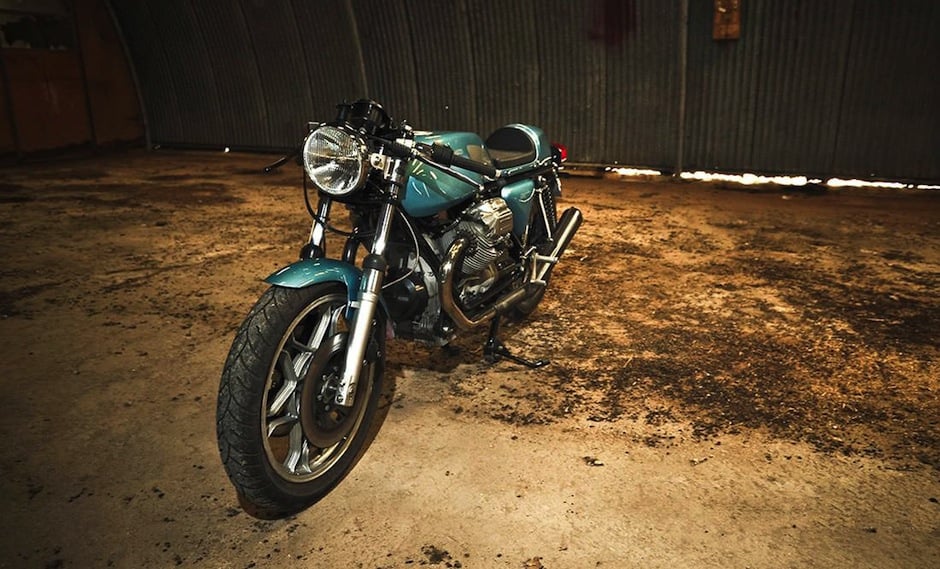 The Moto Guzzi Le Mans is rapidly becoming a popular target for cafe racer builders, the Le Mans is factory fitted with a classic v-twin positioned “sideways” in order to benefit from better airflow and this gives the bike an appealing, clean look. Moto Guzzi first started building the Le Mans in 1976, the masculine looks and throaty 850cc engine made the bike popular in both Europe and the US meaning there are a lot of older examples around in need of TLC.

This two-tone Le Mans has seen a full going over at the hands of the capable team at France based garage FCR. They stripped the bike back to it’s littlest bits and then set about repairing, reconditioning and replacing elements that were showing their age. They went for an attention grabbing pearlescent baby blue colour scheme that actually works quite well and makes the bike standout a little from its traditionally red, silver and black siblings. 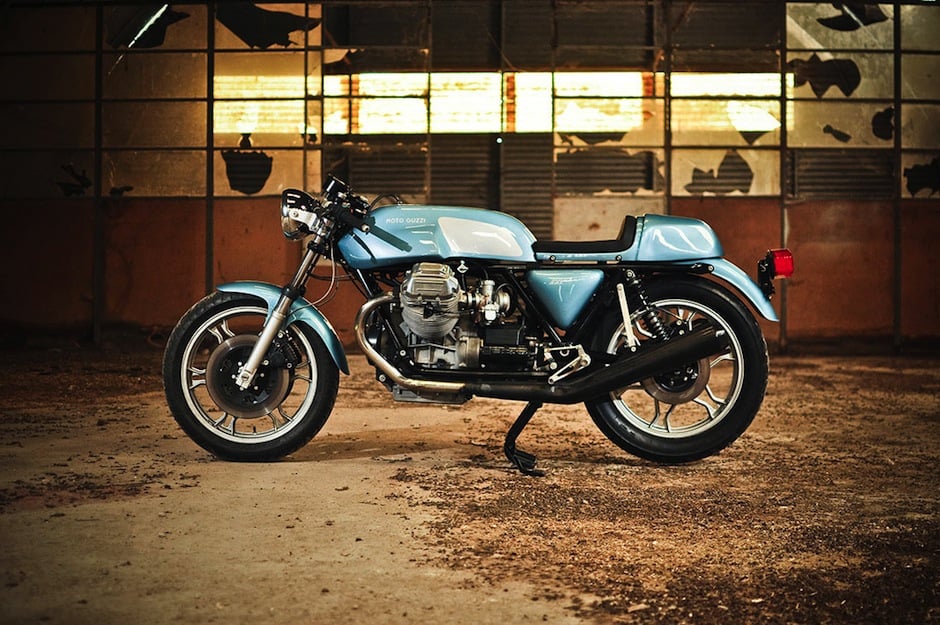 Despite the fact that the fuel tank and seat look like the sort of thing that would’ve been fitted to the bike right out of the factory they were actually all fabricated by hand from fibreglass. The handlebars were replaced with a Tomaselli unit, the carburettors were replaced with high-performance Mikuni units and the exhaust is a Lafranconi performance model.

The finished motorcycle is a fantastic tribute to the classic Moto Guzzis of the ’70s and we like it a great deal – if you like Guzzis check out the Staghead Moto custom, the KaffeeMaschine bike here and the newer Moto Guzzi V7 here. 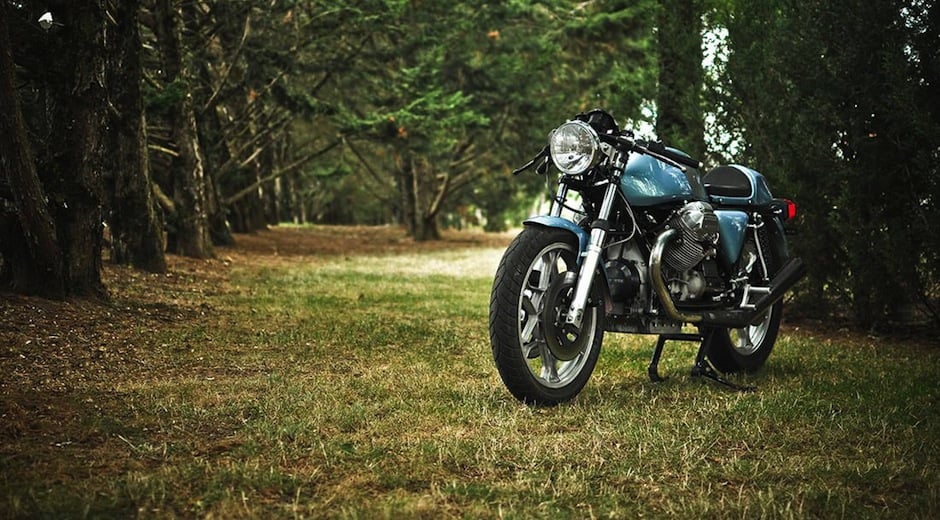 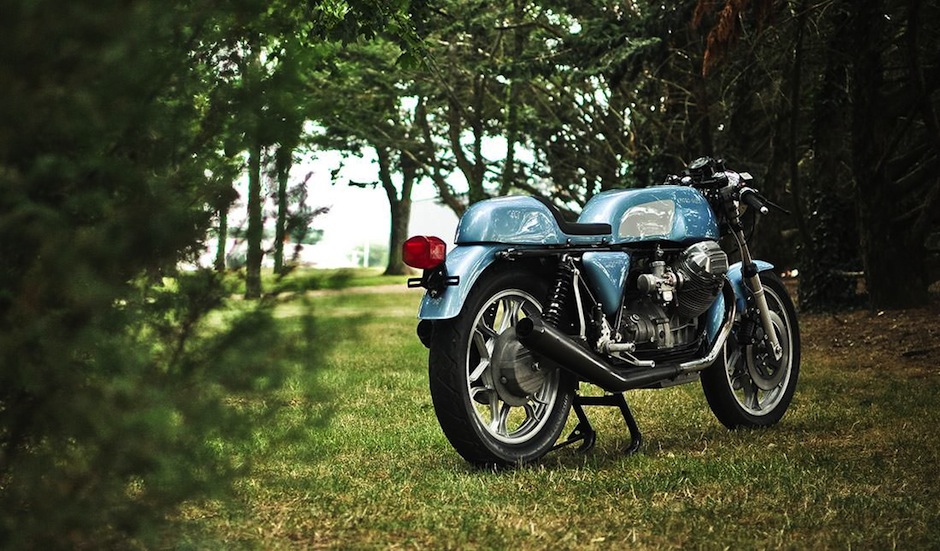