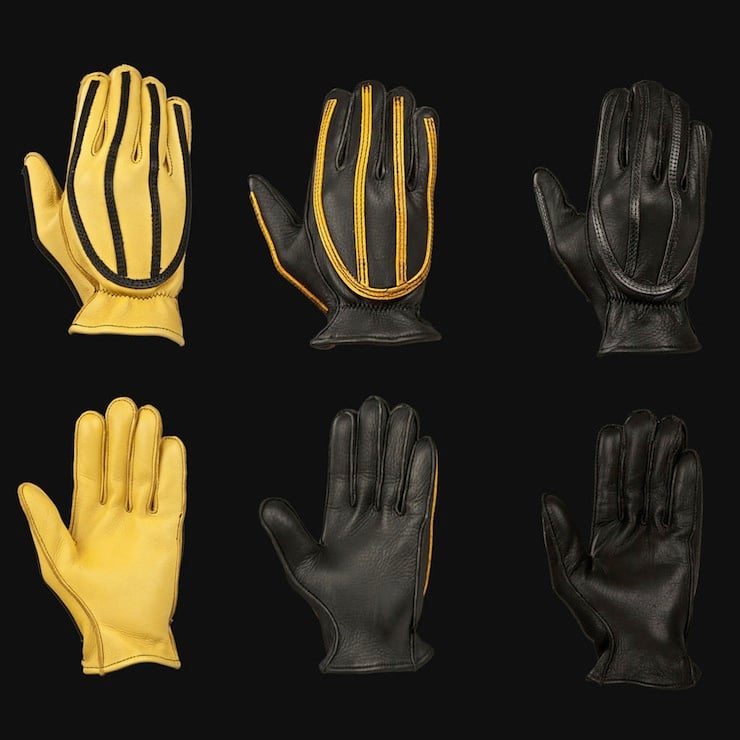 Hammarhead Industries is a Philadephia based custom motorcycle and clothing company that, a few years ago, released the now world famous ‘Jack Pine’ scrambler based on a 2008 Triumph T100.

These eye catching VMX Motorcycle Gloves are now in stock over at the Hammarhead Store, they come in 3 colour variations and are made from 100% American deerskin, the gloves come in 4 sizes and cost $79 USD.