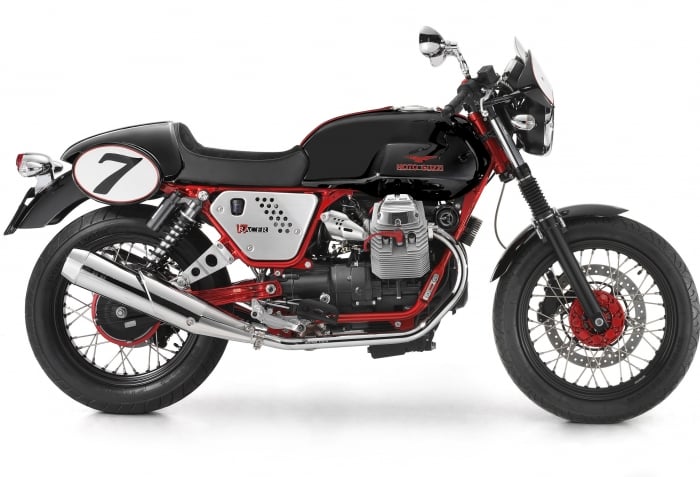 Moto Guzzi is unquestionably one of the most famous and historically important motorcycle marques in the world, the company was founded in 1921 and has produced a series of innovations including the first 8 cylinder motorcycle engine, the first centre stand fitted motorcycle and the first motorcycle developed in a wind tunnel.

The Moto Guzzi V7 Racer is, in some respects, a testament to Moto Guzzi’s history. It’s based on the Moto Guzzi V7 Sport from the 1970’s although the design and styling queues of the modern bike make it’s heritage glaringly obvious to any long time fan of the brand. 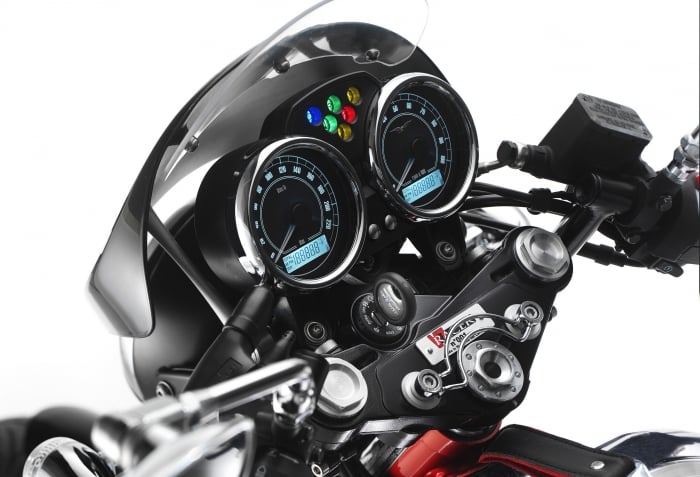 Guzzi have used their pre existing 90° V-twin 4-stroke engine in the V7 Sport, producing 48.8 hp at 6,800 rpm and powering the rear wheel through a 5-speed transmission and classic shaft drive. Stopping is achieved via the Brembo front disc and suspension is provided by Marzocchi up front and twin adjustable Bitubos in the rear.

I’ve been hoping that Moto Guzzi would release a Scrambler version of the V7 Sport, it’s an almost perfect platform for multiple model iterations and a scrambler would sell like hot cakes, with the added benefit of providing some competition for the ubiquitous Triumph version. 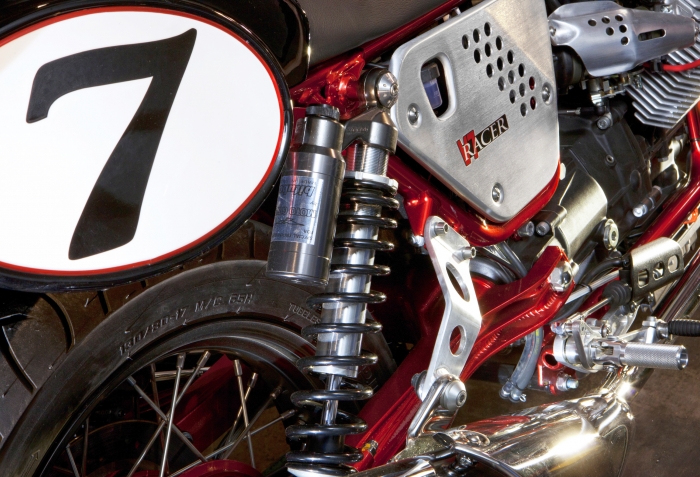 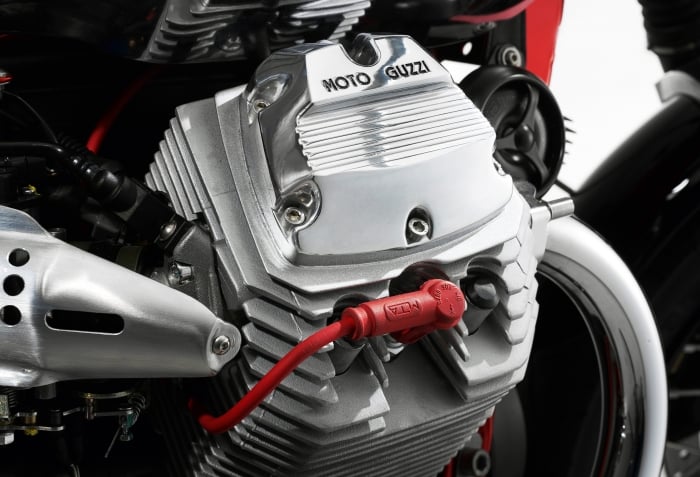 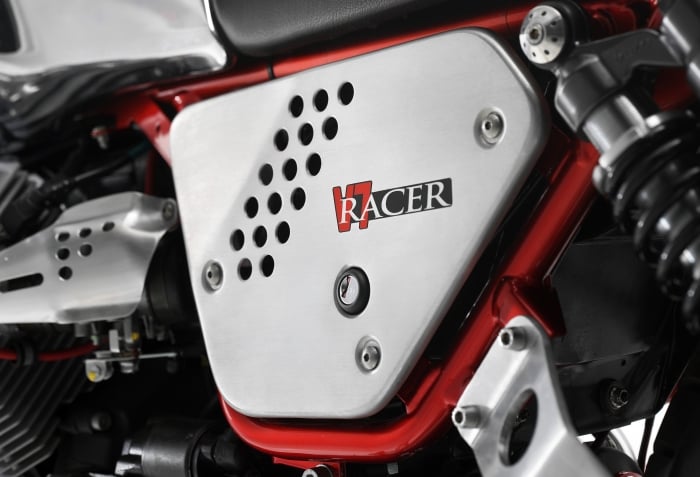 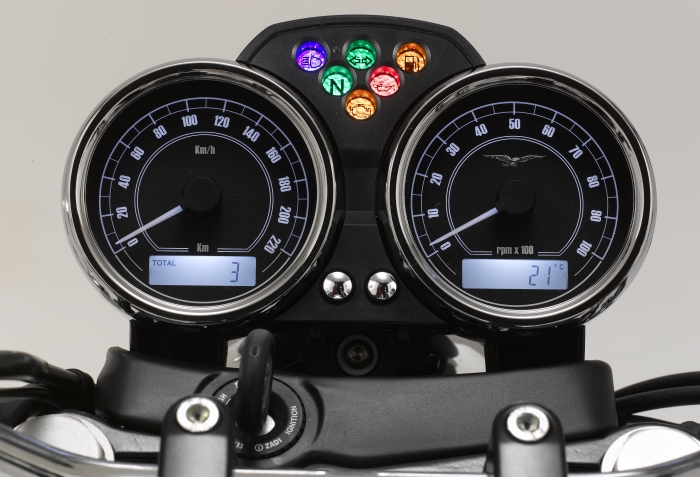