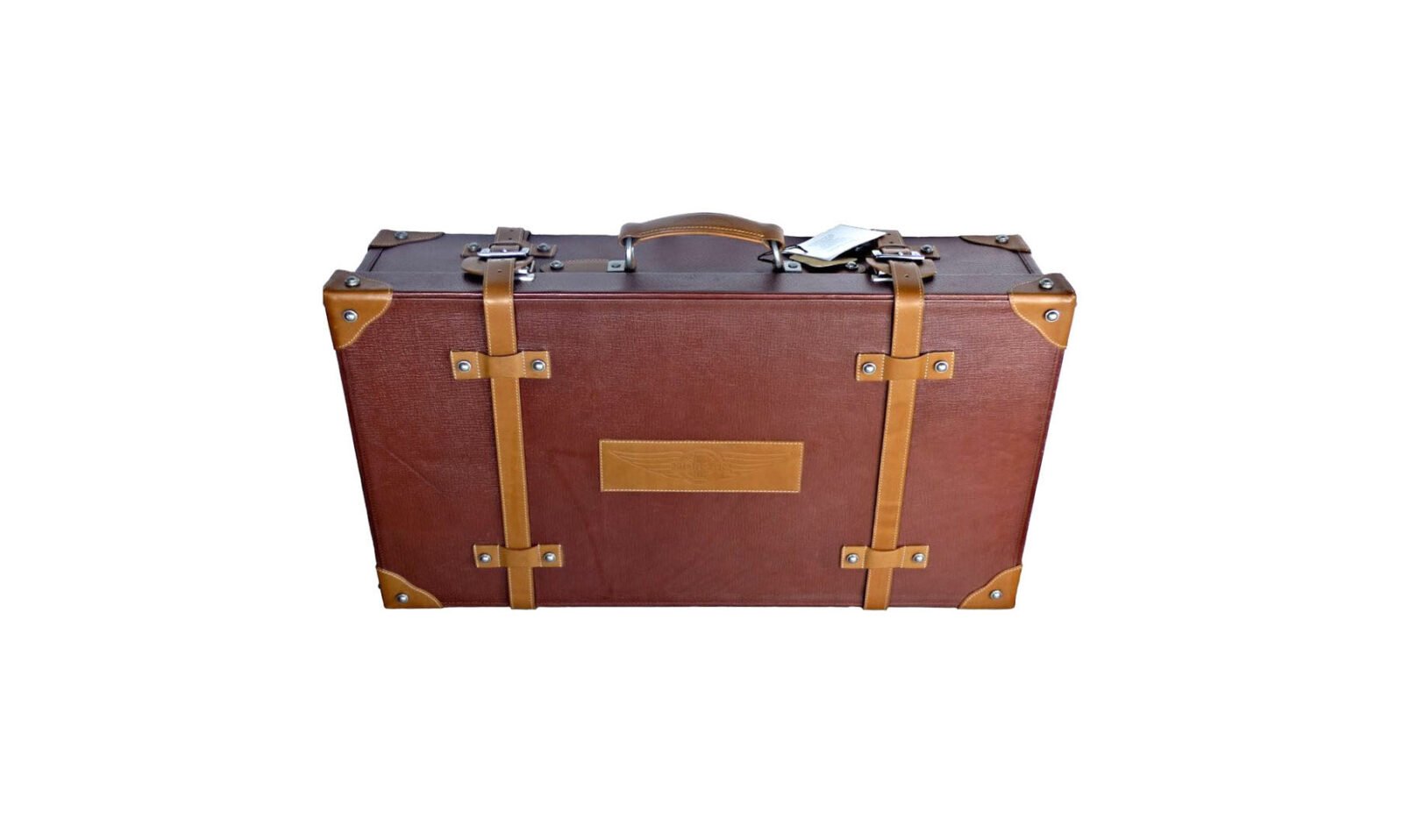 The Morgan Motor Company was founded in 1910, and have survived where many failed by weaponizing their British heritage. The company is now best known for their classically-styled roadsters and their quirky Three-Wheelers, recently they’ve released some more modern machinery in the shape of the Aero8 Roadster.

This suitcase is one of Morgan’s other creations, it’s designed to fit perfectly on the rear luggage rack of your Morgan, but it’ll also fit in your trunk or rear seat if your Morgan hasn’t quite arrived yet.

The suitcase is made of hard brown leather and has two straps with buckles, a waterproof cover for those unexpected downpours, and it measures in at 80 x 30.5 x 55.2 cm. 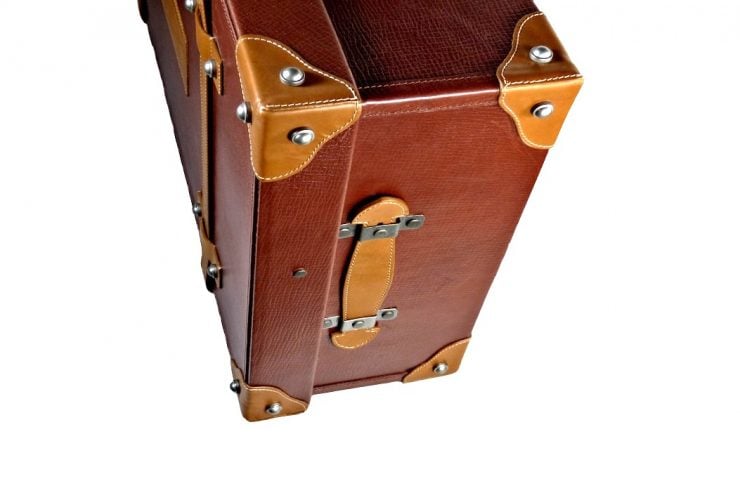 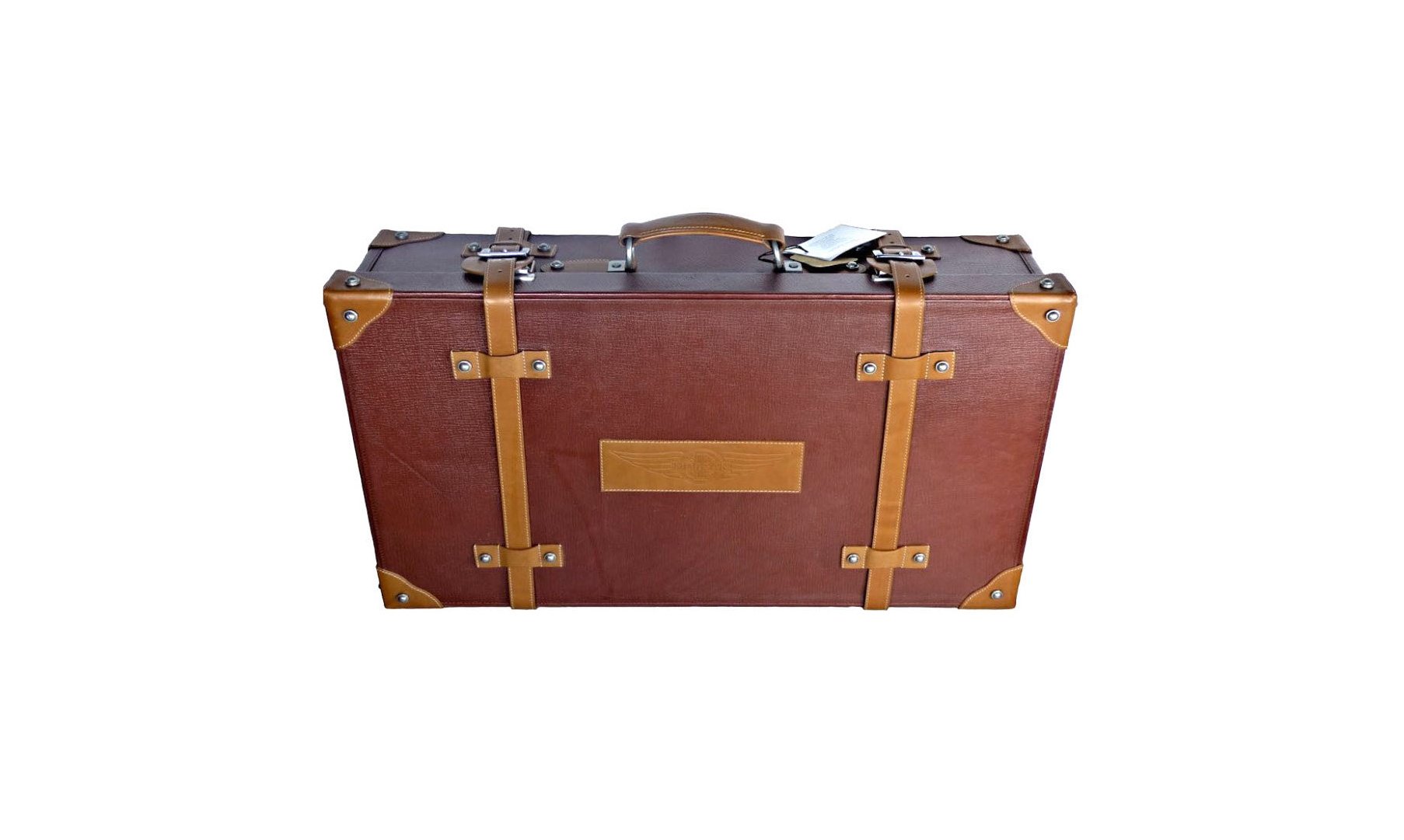