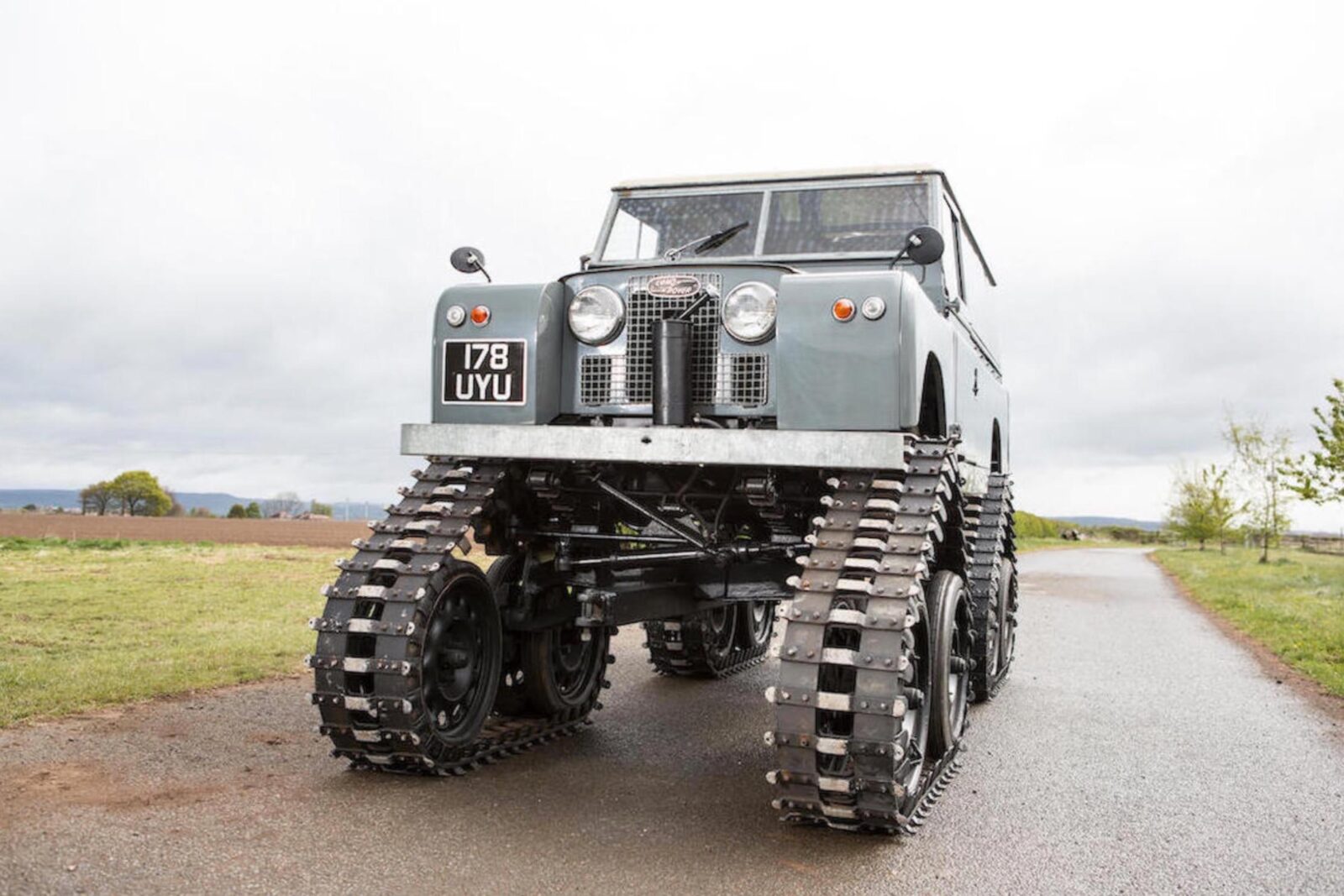 A Brief History of the Tracked Cuthbertson Land Rover

James A. Cuthbertson of Biggar in Lanarkshire, Scotland started his own company in 1936 to manufacture his inventions. Although not a household name, Cuthbertson designed the first endless rubber belt, he also created rubber tracks for military vehicles (in place of the usual steel), consulted with the governments of Britain, Canada, and the USA, and worked on an underwater pipeline from England to France to supply Allied vehicles after D-Day.

In motoring circles, Cuthbertson is best known for his unusual though highly effective tracked Land Rovers. The design is relatively simple and takes design cues in equal parts from the military and the railways, Cuthbertson built a subframe with the tracks attached, and then bolted a Land Rover on top. The Land Rover’s wheels were replaced with wheel-sized sprockets to drive the tracks, and an almighty crankshaft-driven power steering unit was installed to make turning a viable possibility. 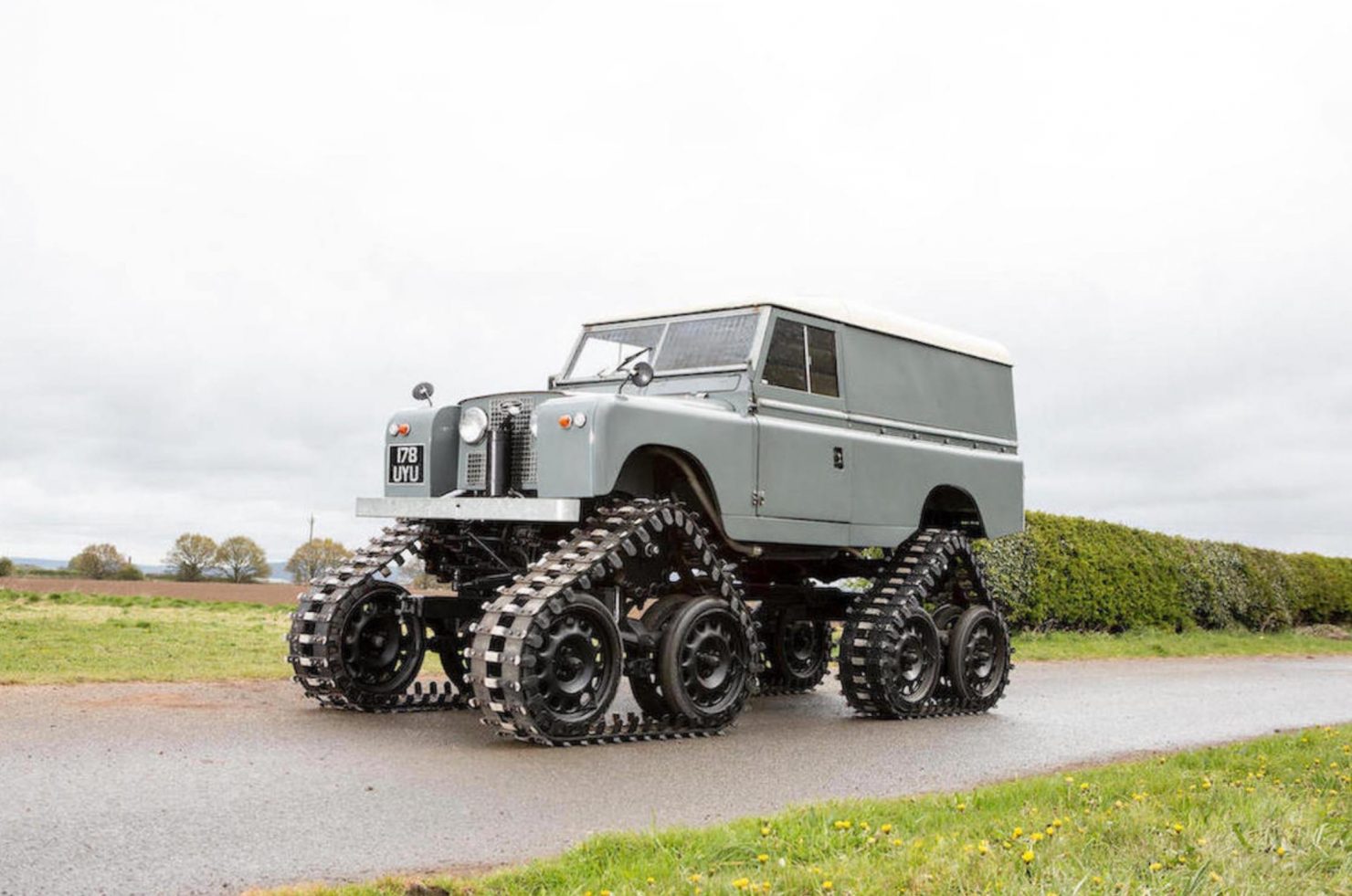 The front of the subframe features a towing bar, however many operators removed it with oxyacetylene equipment due to its propensity for fouling on steep inclines. As you may have guessed, these are not highway capable vehicles. 20 mph was considered a good speed on the tarmac though some pushed it higher, you can only hope they had good dentists.

Where the Cuthbertson Land Rovers really shone was out in conditions that would leave other 4x4s bogged to their axles and waiting for a recovery vehicle to come by in the summer. The military found some use for the Cuthbertson in explosives clearing – the Land Rover is far lighter than a tank and the tracks spread the weight out over a large area – meaning they were less likely to trigger anti-tank mines.

Telcoms and other utilities companies put them to good use too, they had a very low environmental impact due to their tracks, and could be driven across rarely traversed terrain to check power poles, telephone cables, and water piping.

Today the Cuthbertson company is still going strong, building snowplows and other recovery equipment, as well as underwater pipelines, and laying cables on railways and motorways.

The Land Rover shown here is from the first year of Cuthbertson production – 1958. It’s not known exactly how many were built over the years, but it’s estimated that less than 20 left the factory in total. It’s also not known how many have survived to the modern day, these two factors have led to them popping up on the radar of both collectors and enthusiasts.

The restored example shown here is in remarkably good condition, and it’s very likely either the best or one of the best anywhere in the world today. Bonhams are estimating its value at between £50,000 and £60,000, which seems rather reasonable for a vehicle that’ll steal the show at any car show you care to take it to.

If you’d like to read more about it or register to bid, you can click here to visit the listing. 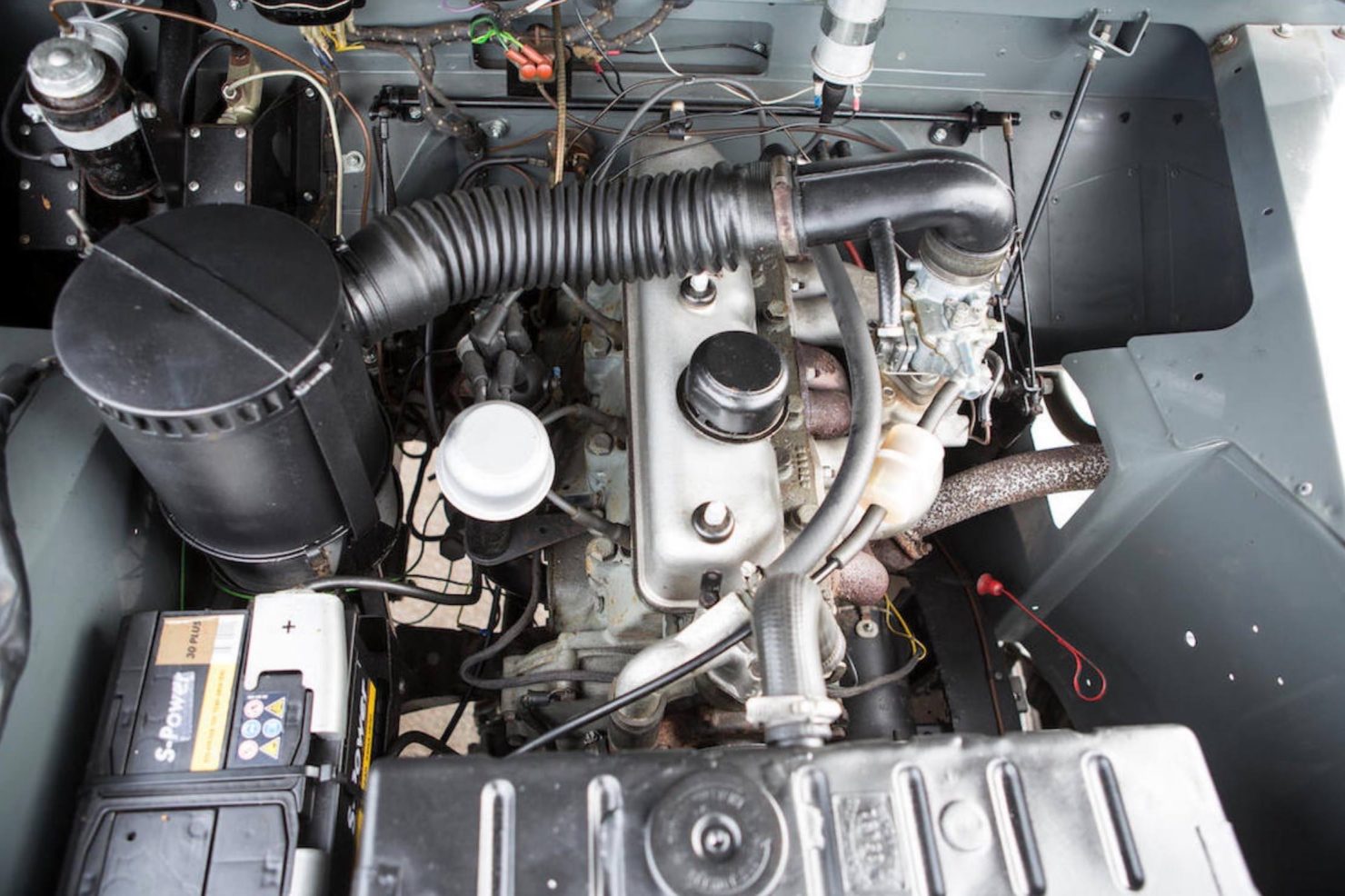 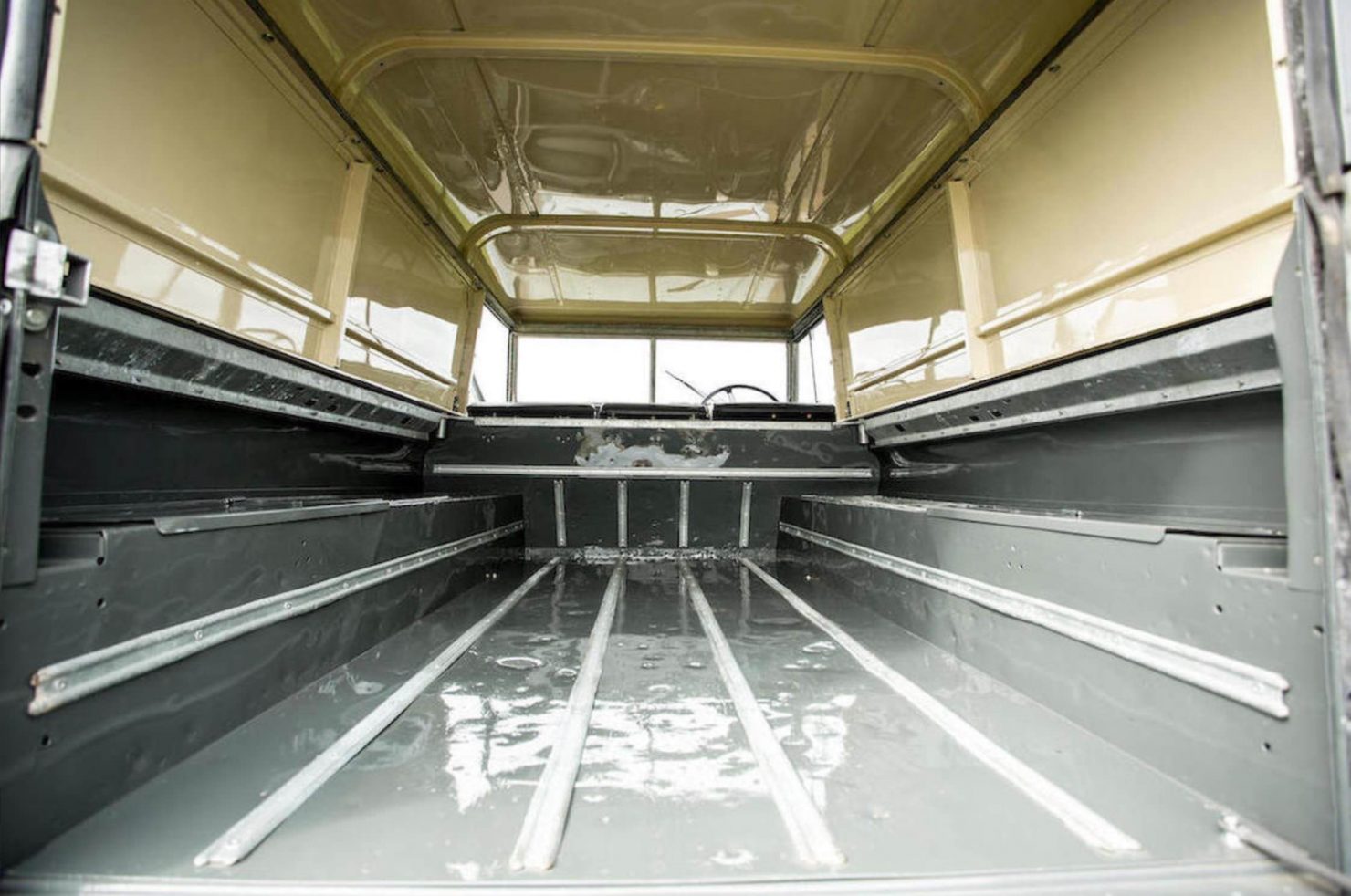 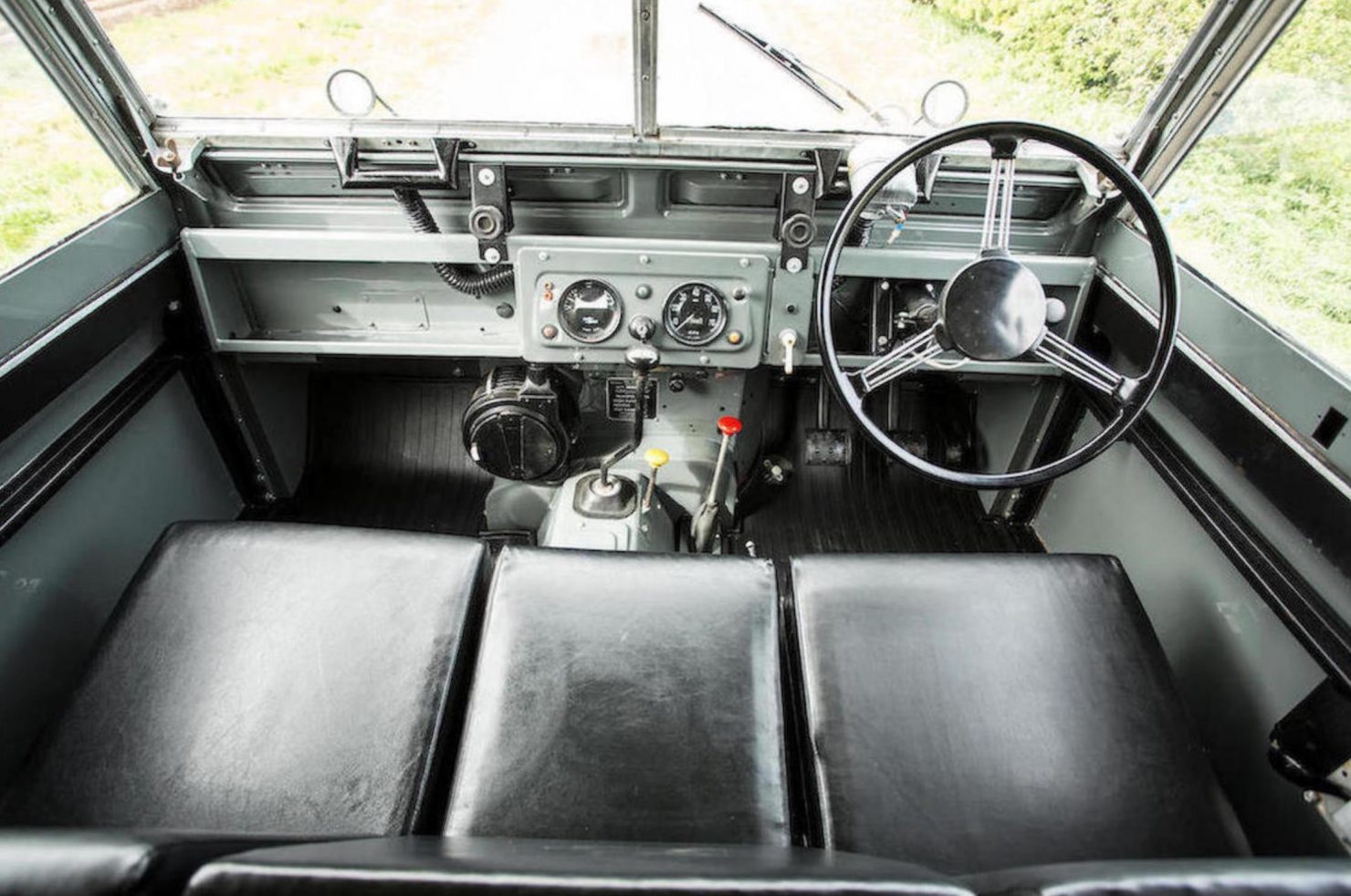 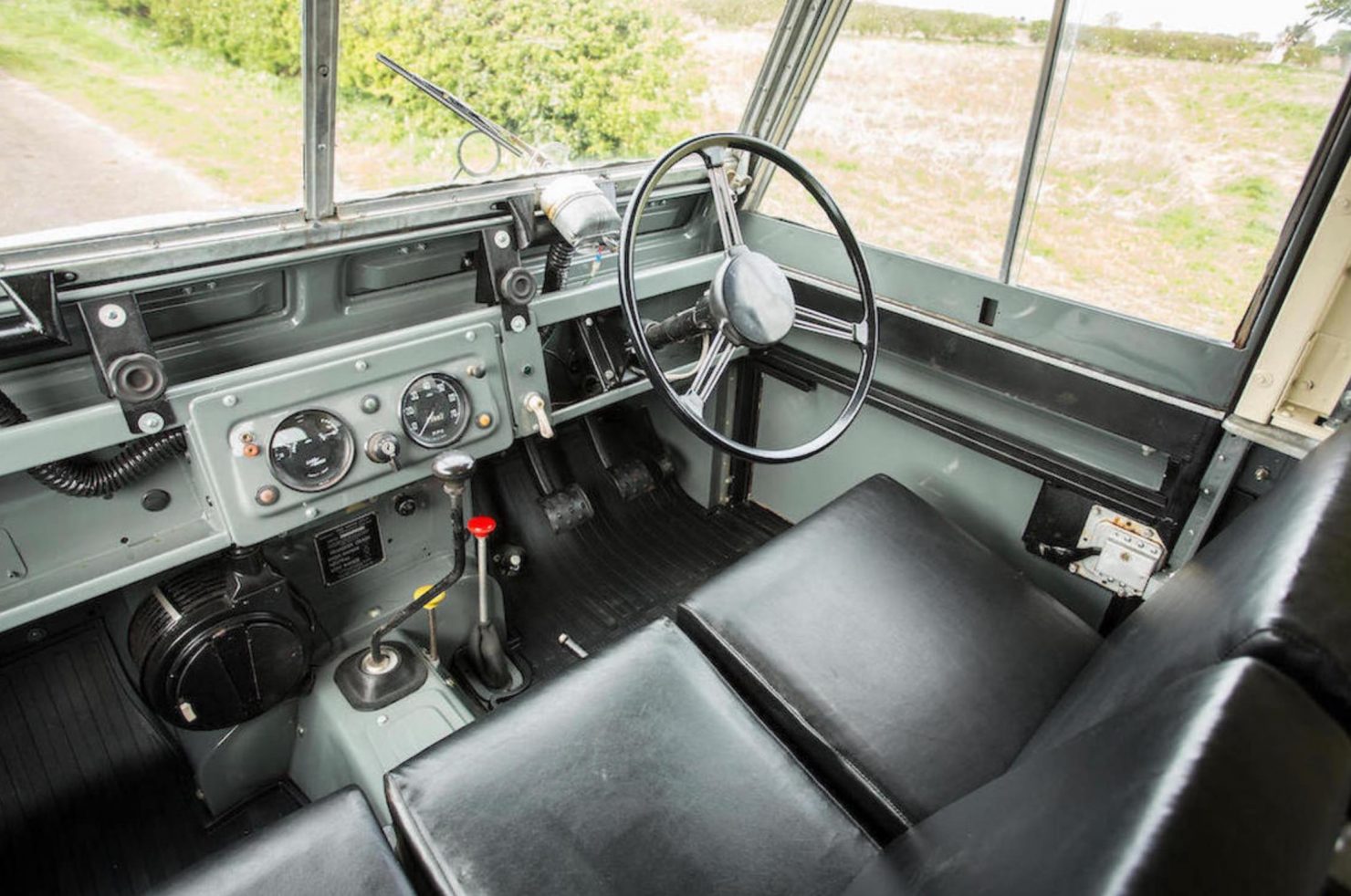 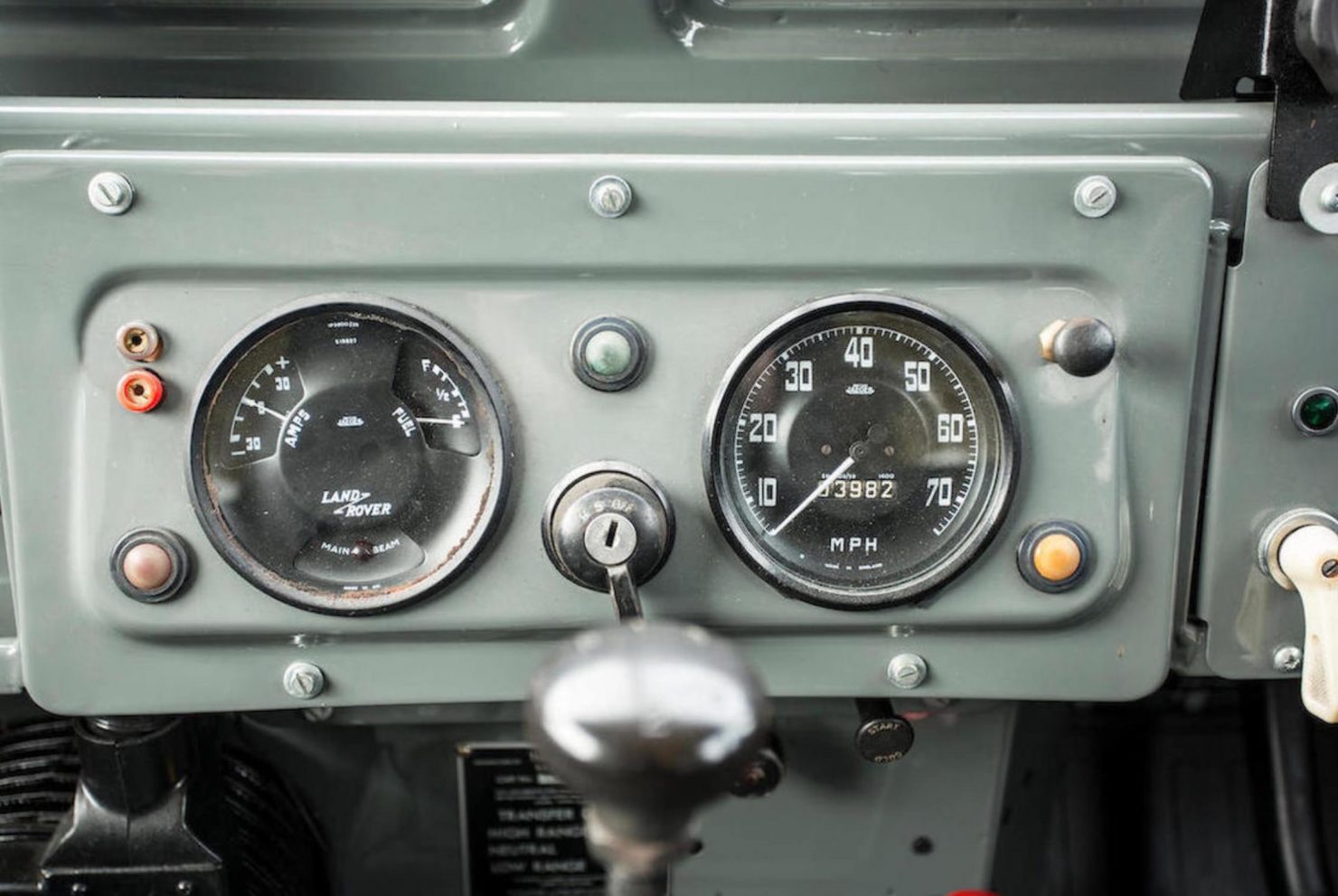 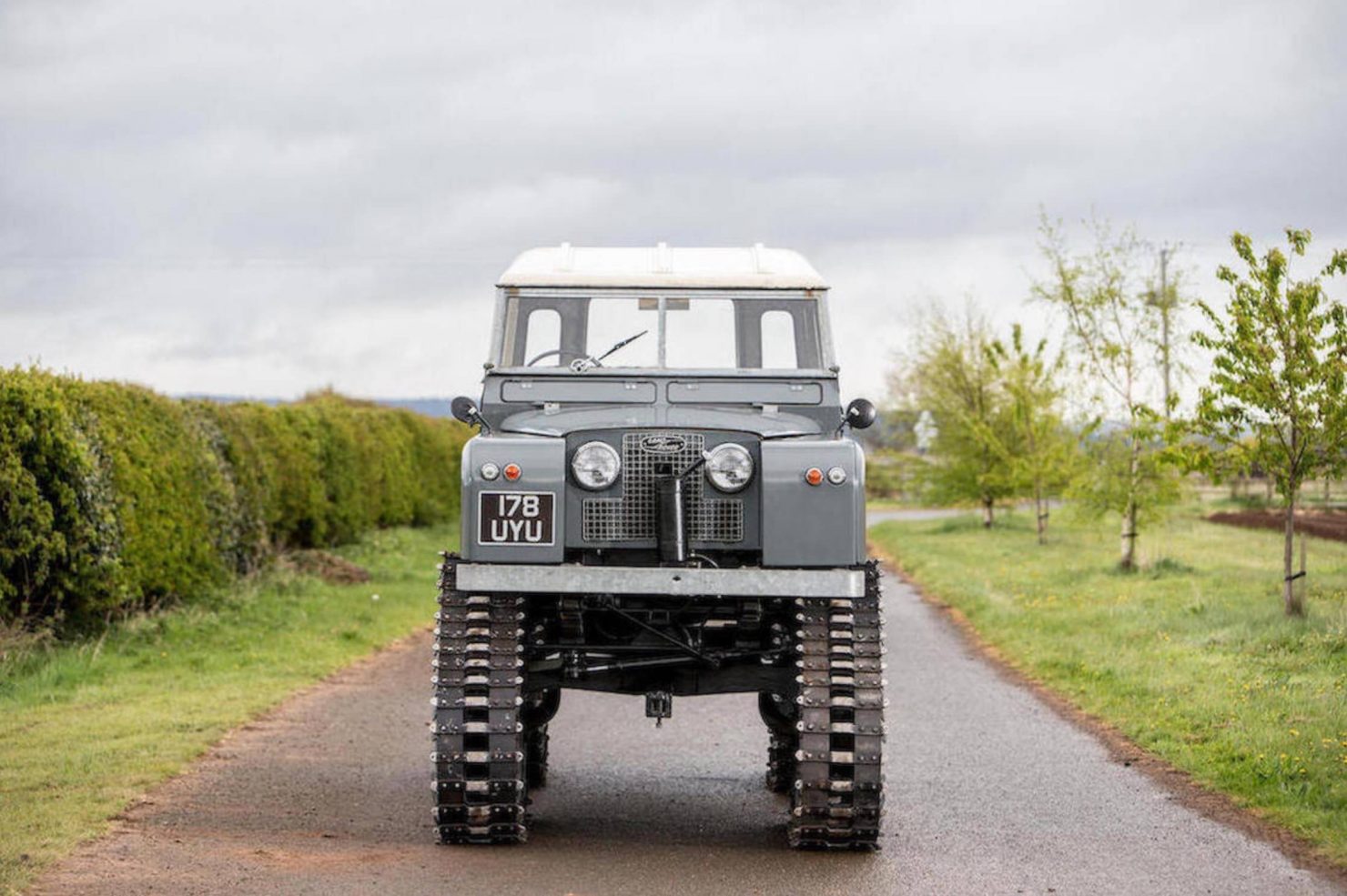 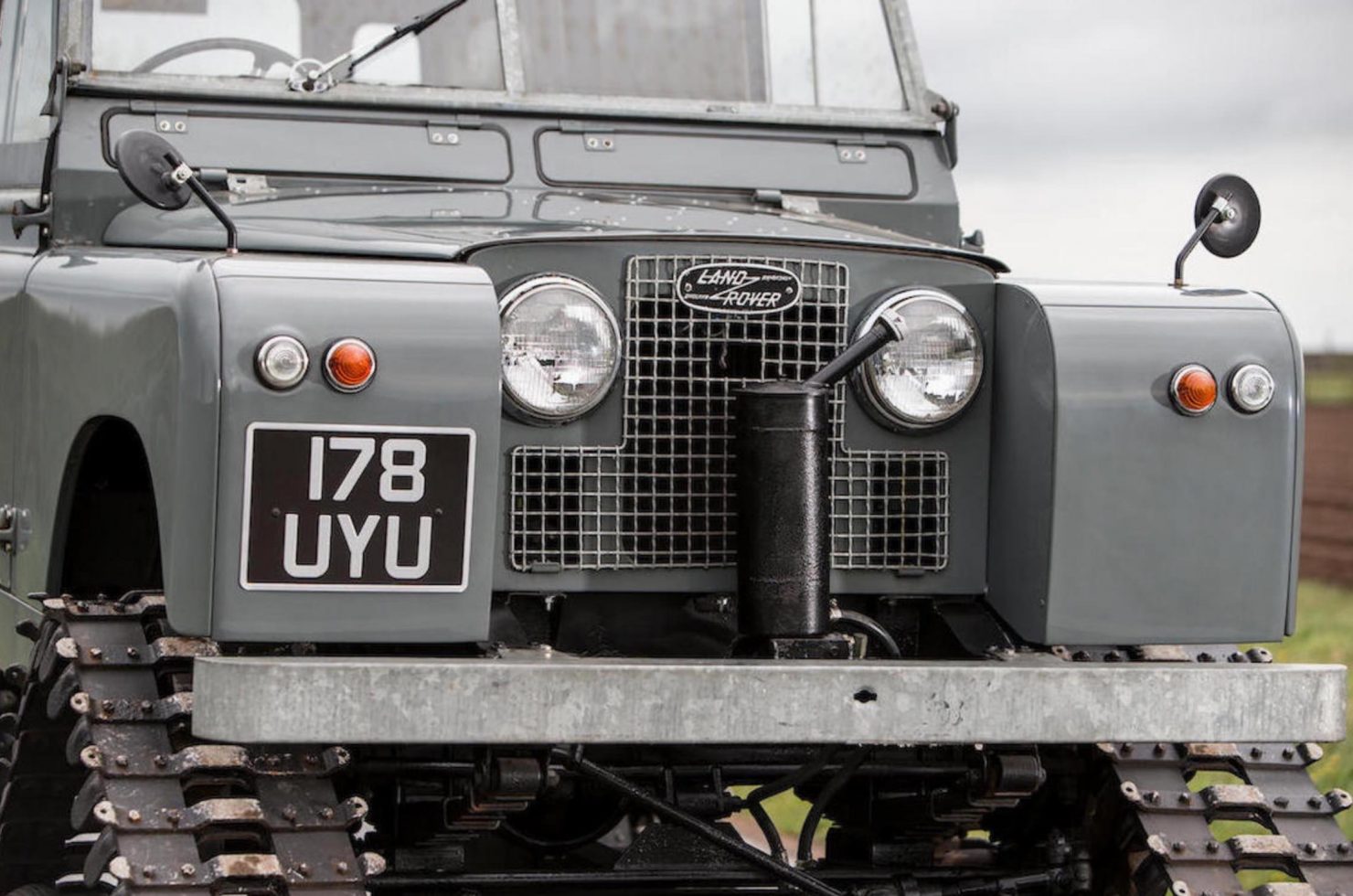 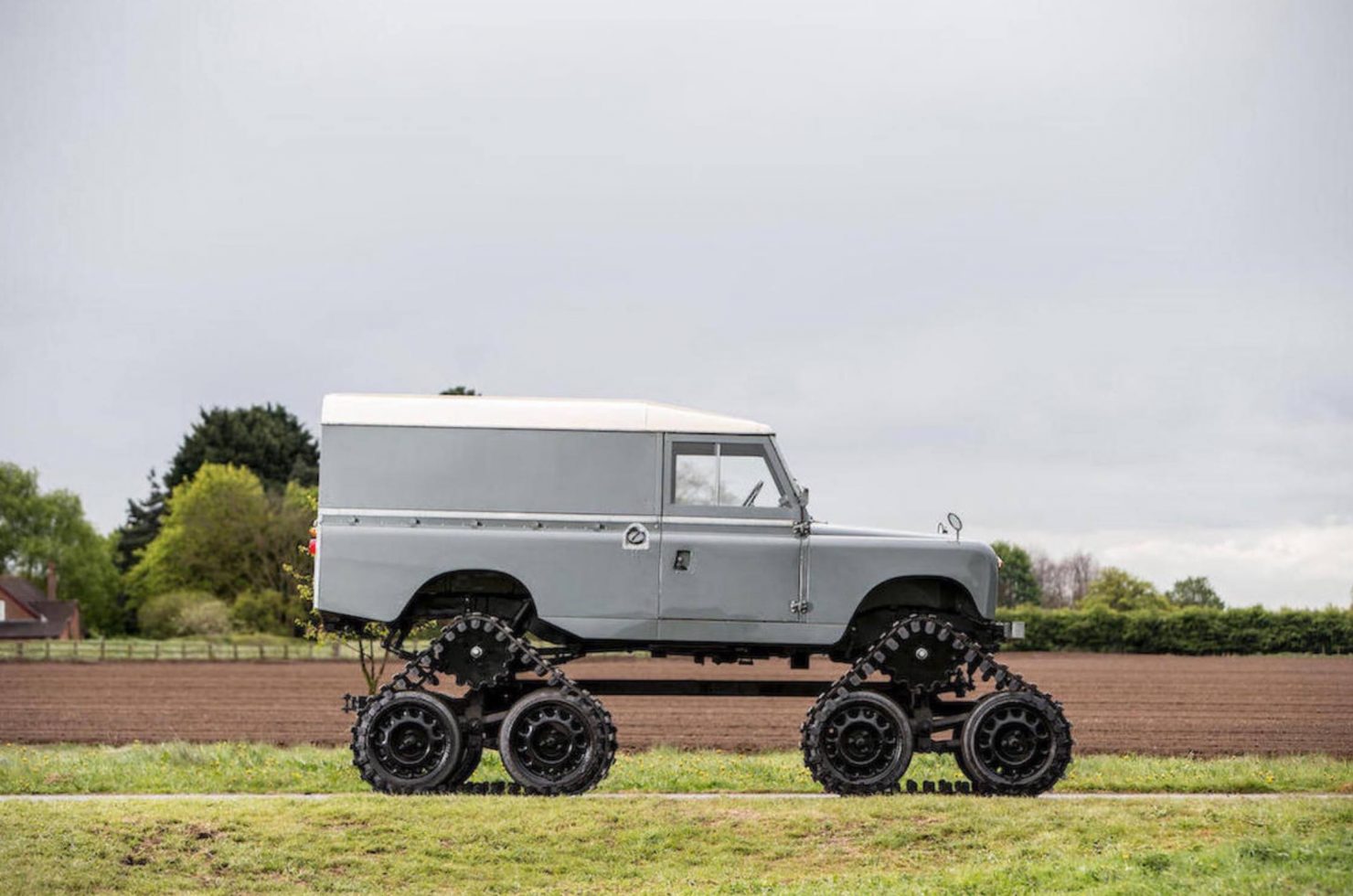 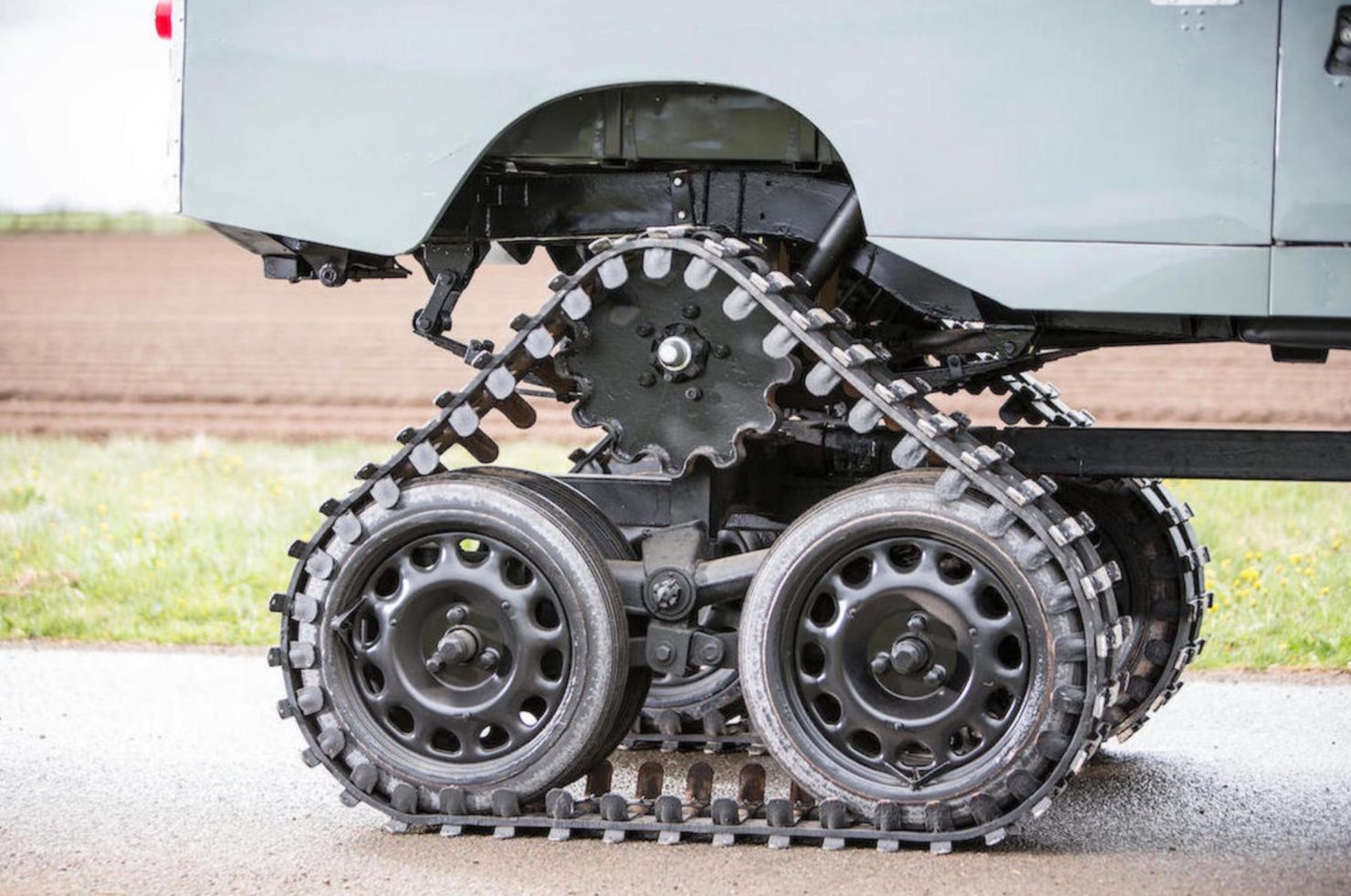 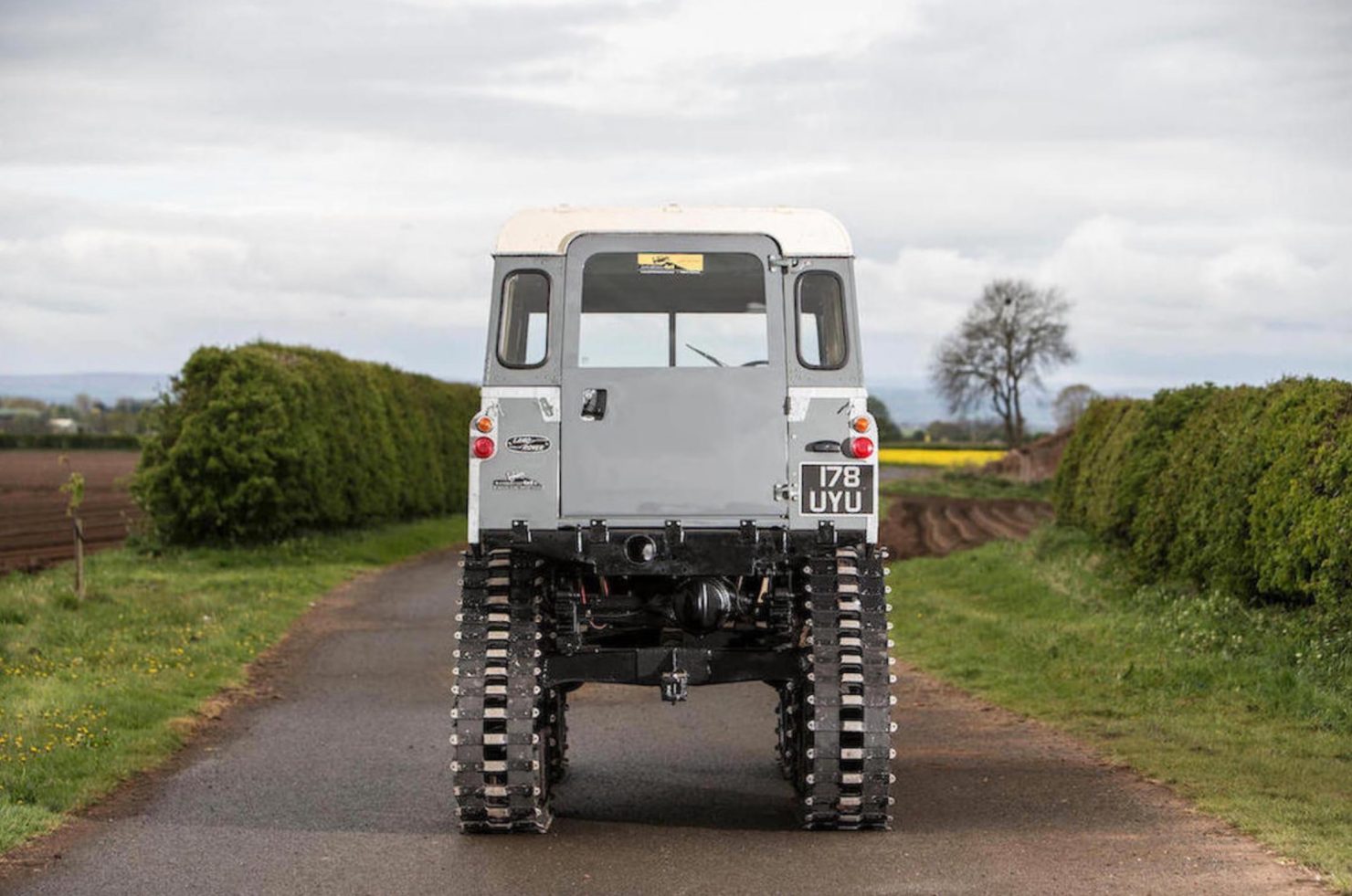 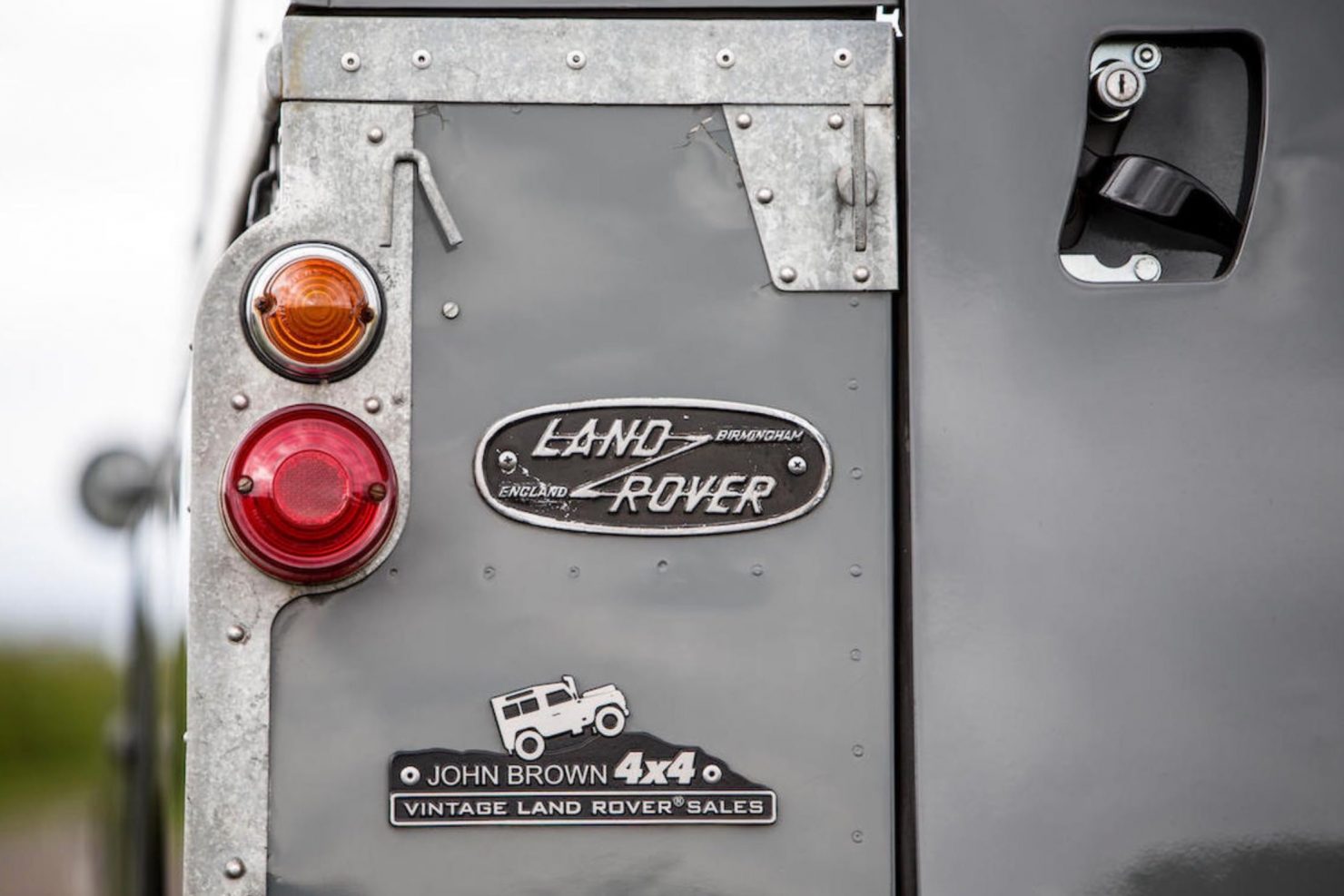 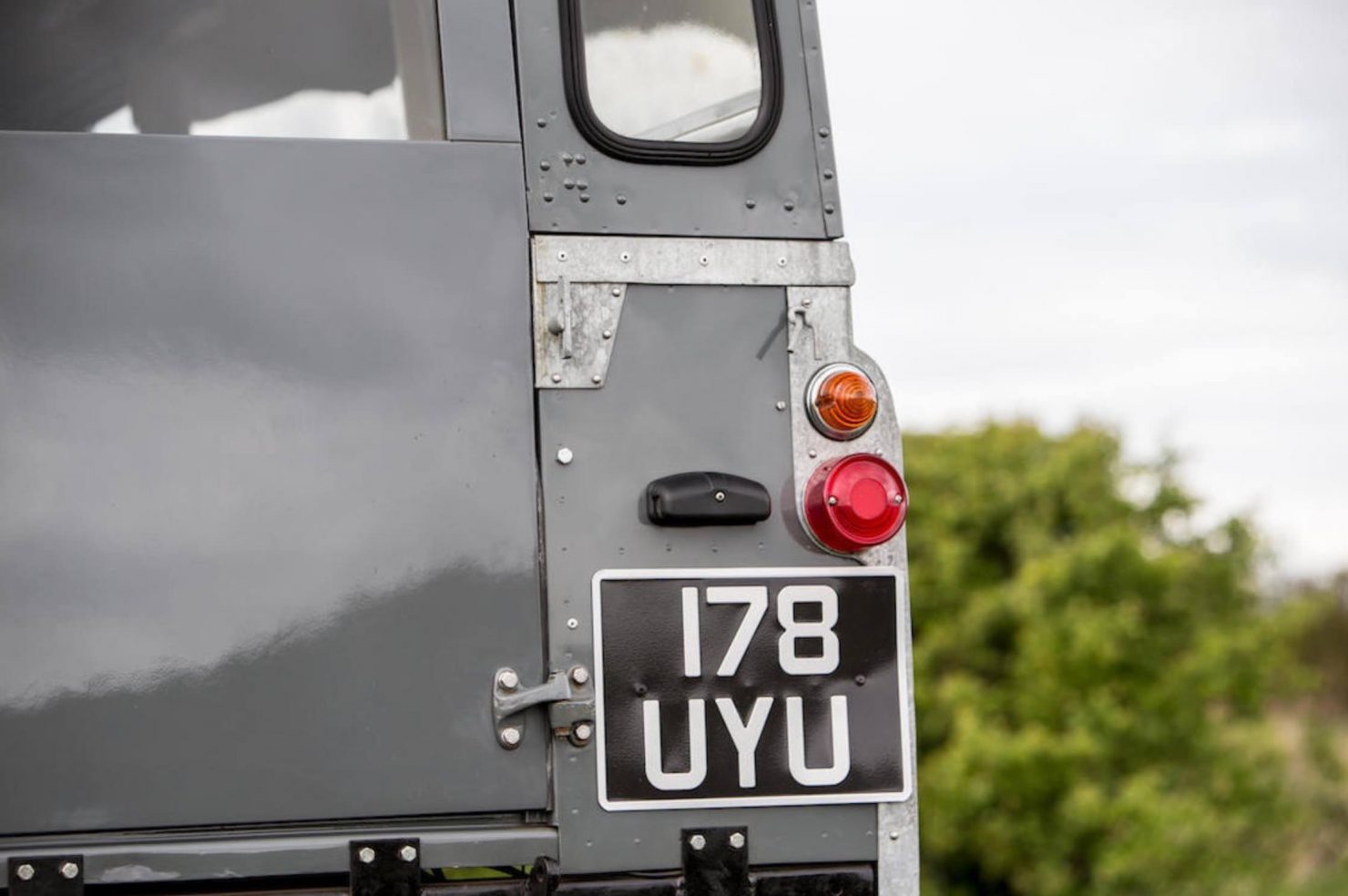 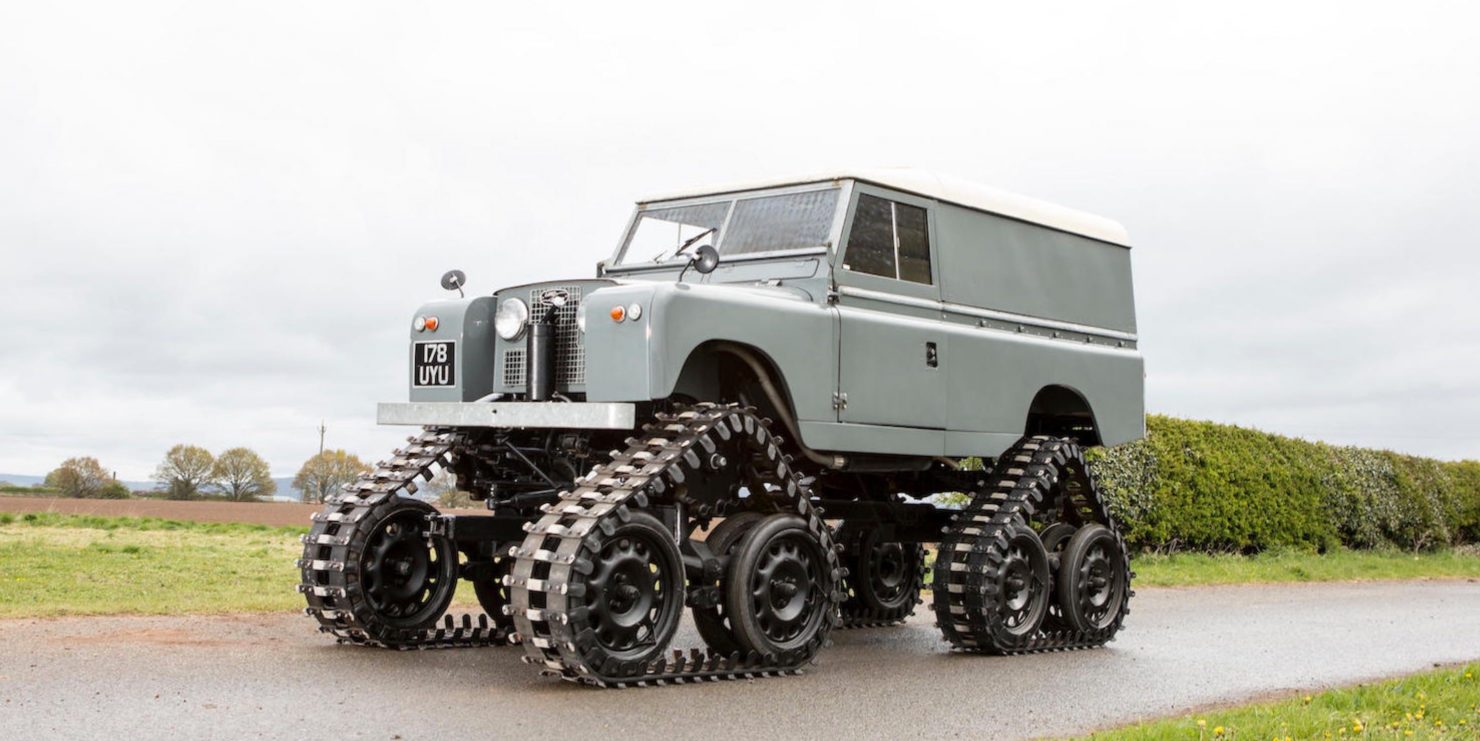 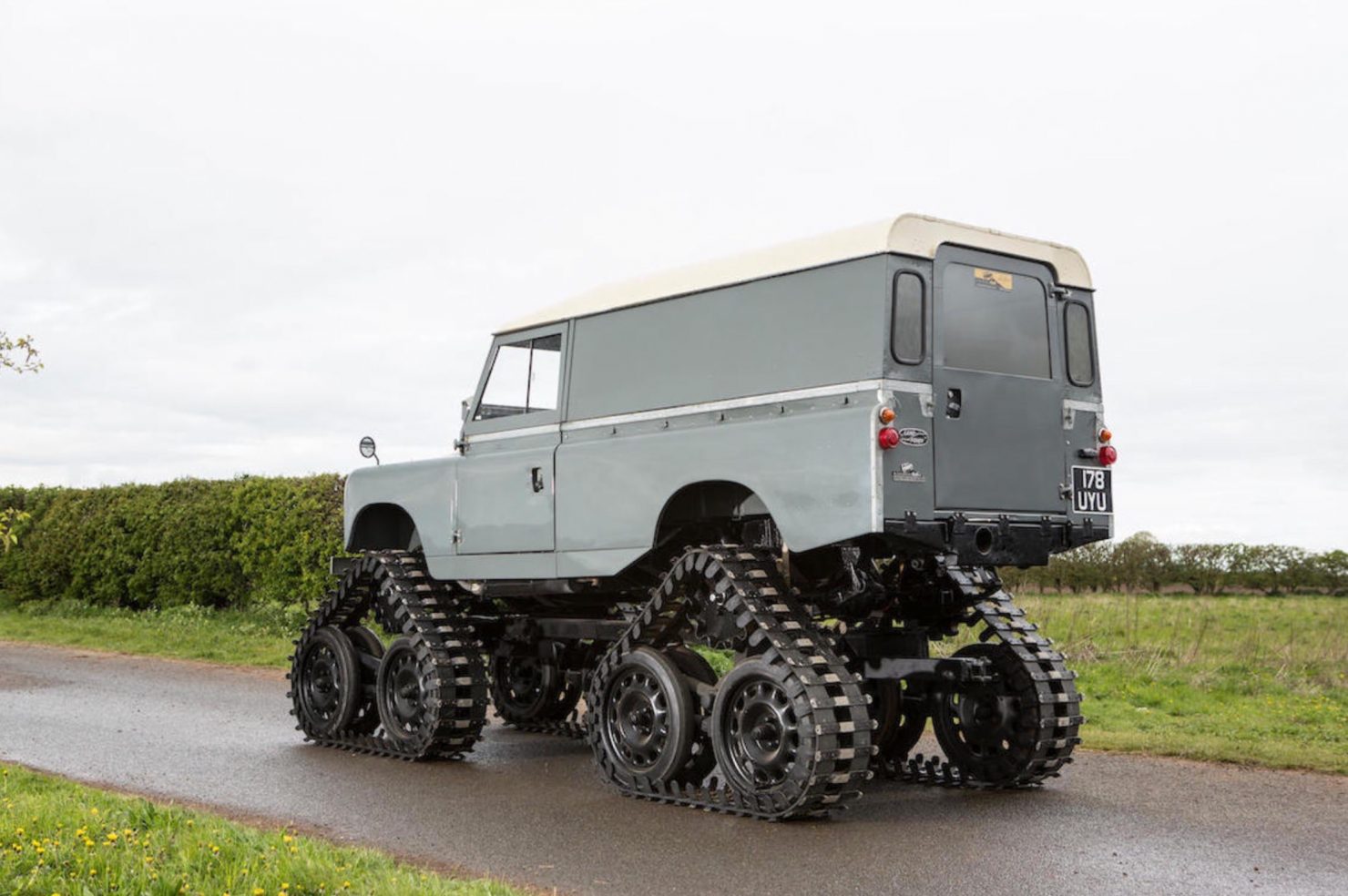 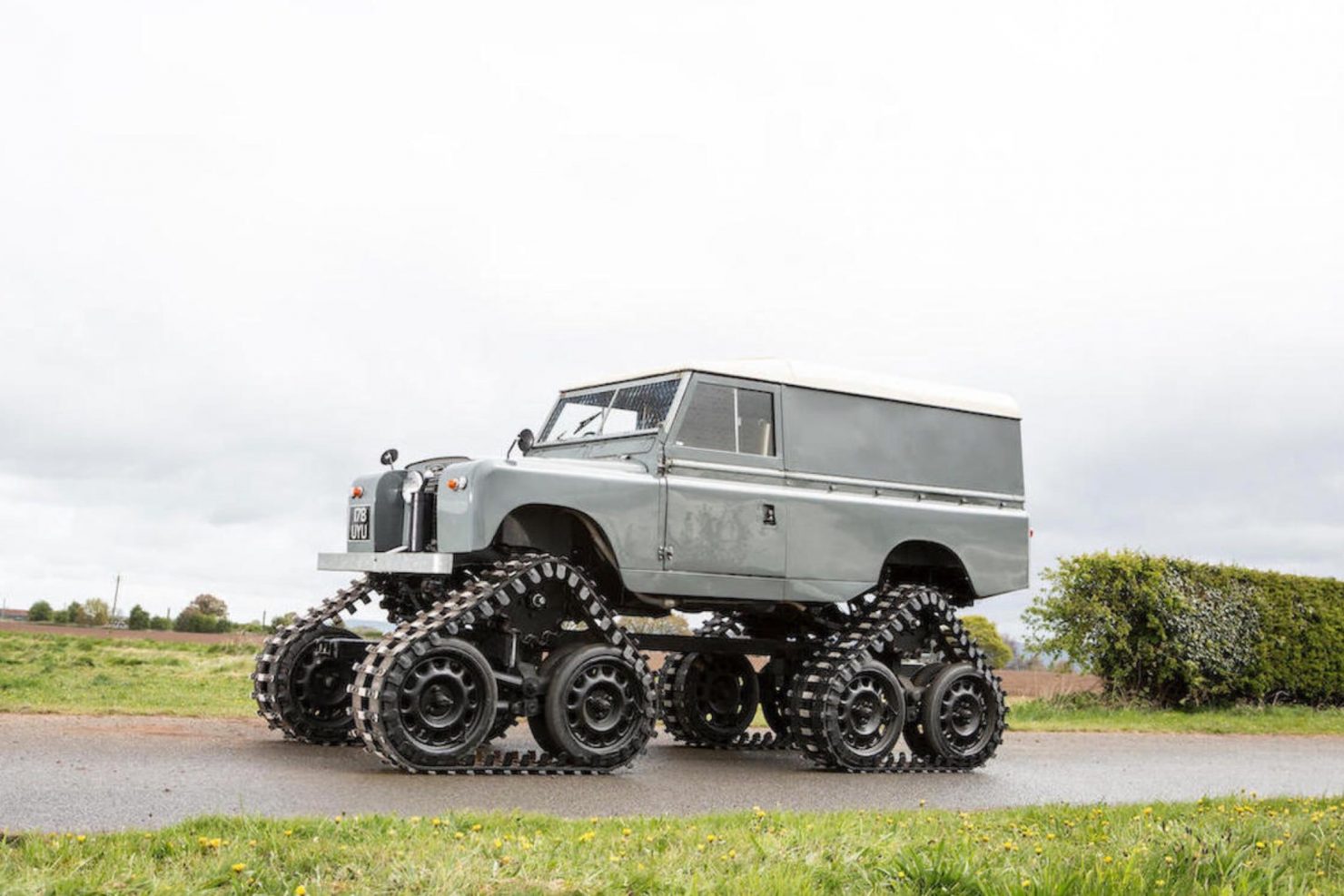 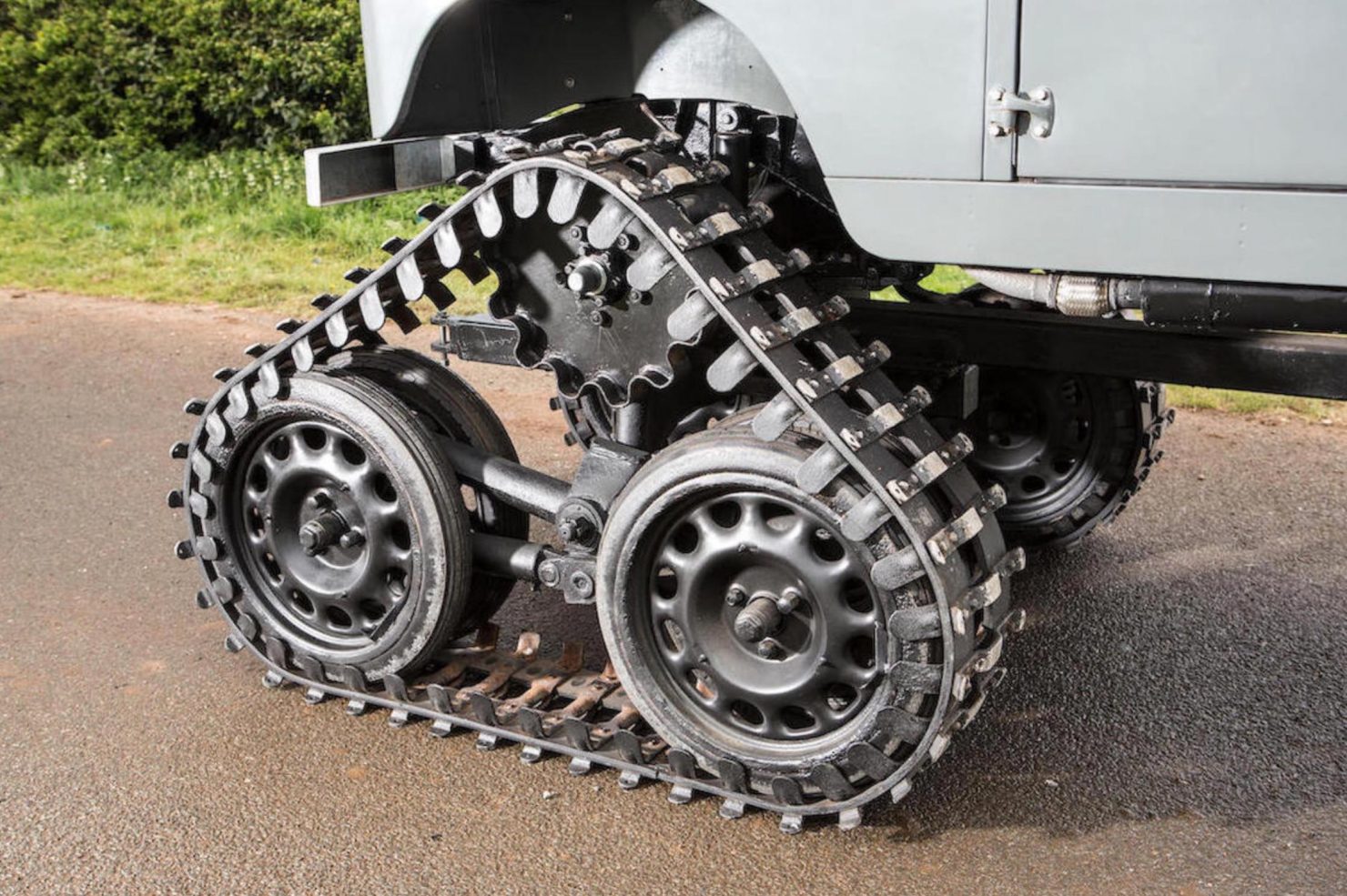 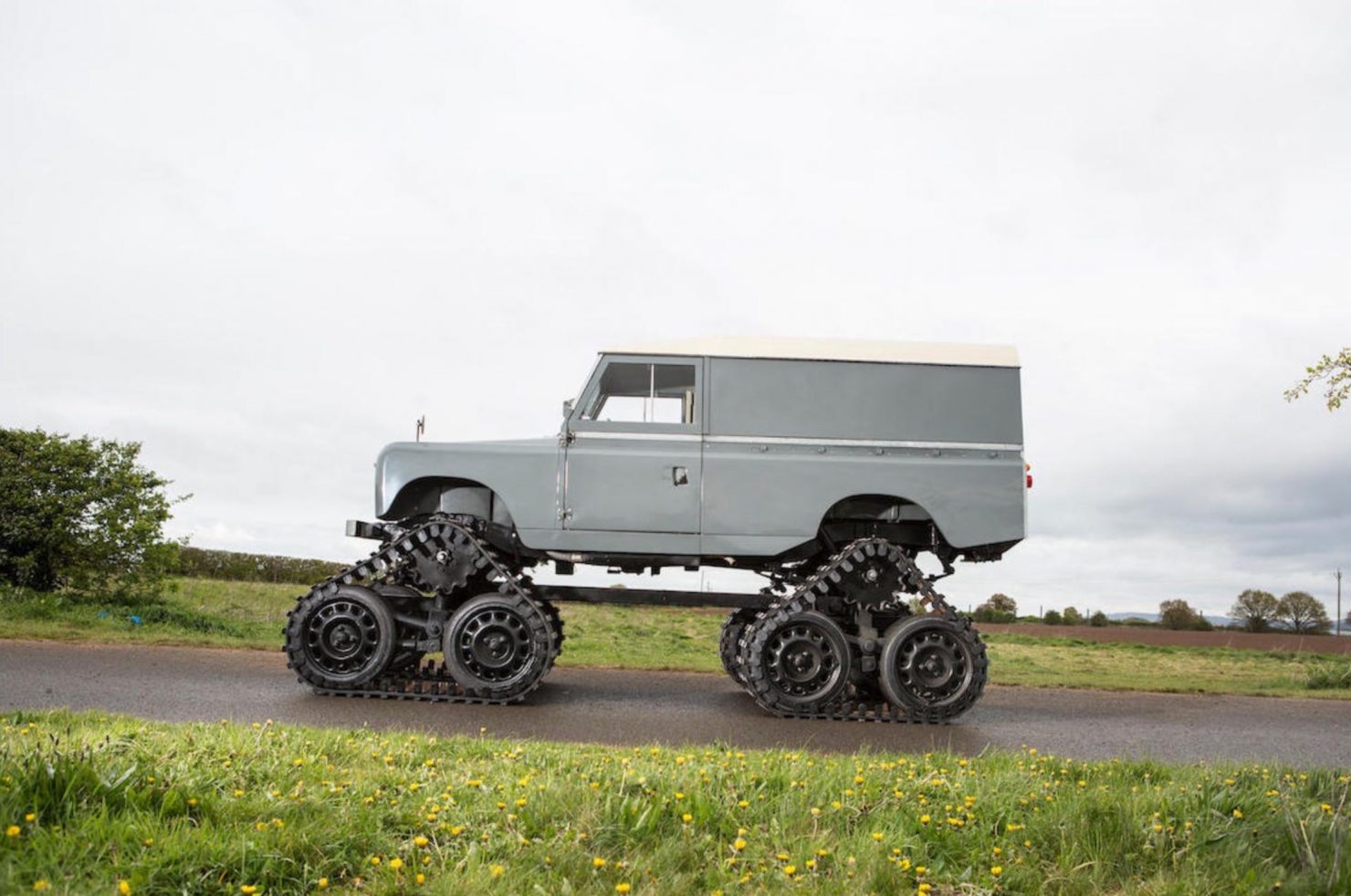 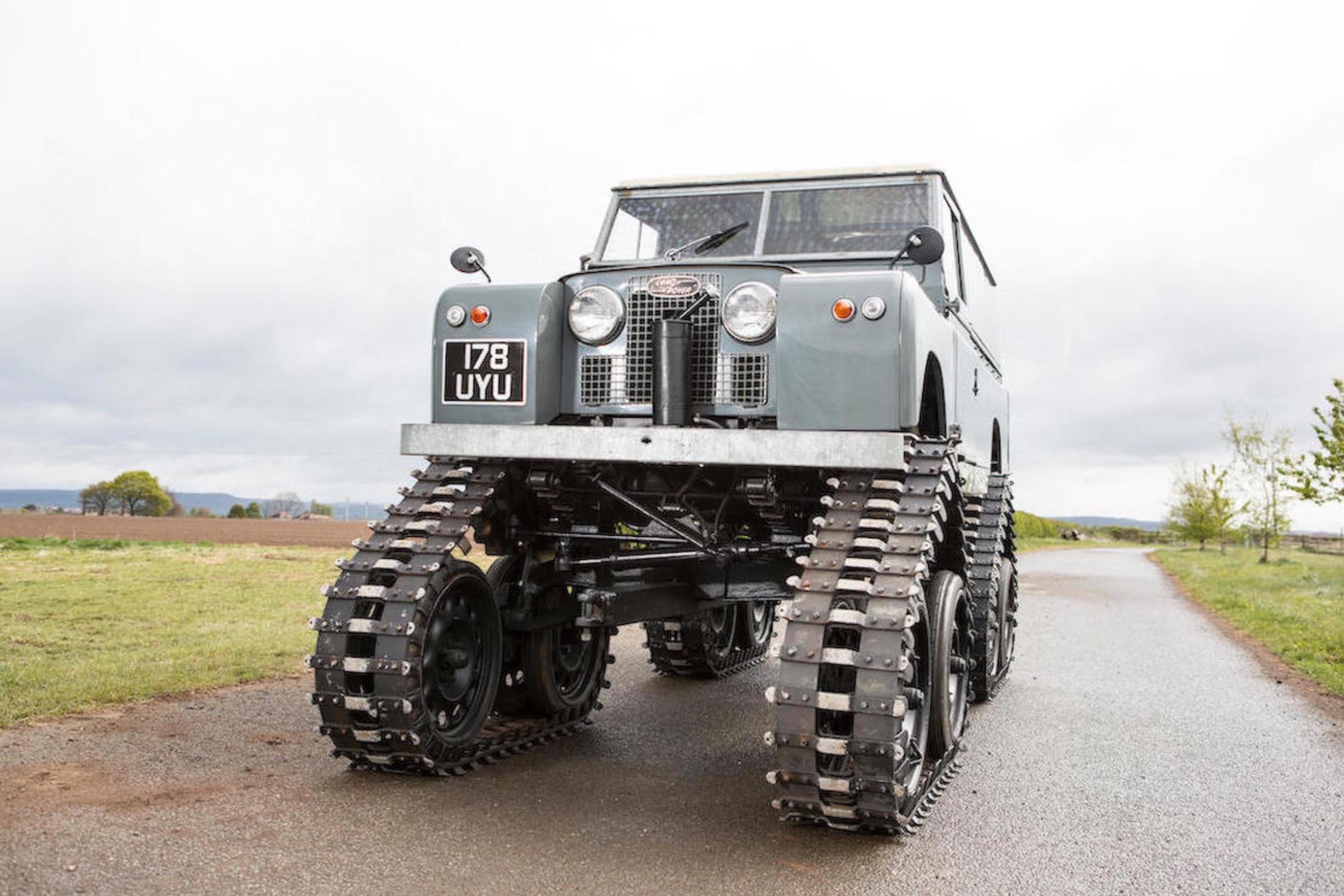 This is an original set of Bugatti EB110 wheels, they’re coming up for sale with RM Sotheby’s and as you may imagine they cost more…

This is one of just two surviving examples of the unusual SEAL Family Motorcycle, it’s essentially a half car, half motorcycle hybrid with a…

This is a complete defensive driving course that was made in 1973 by Film Australia. Although times have changed the overwhelming majority of…