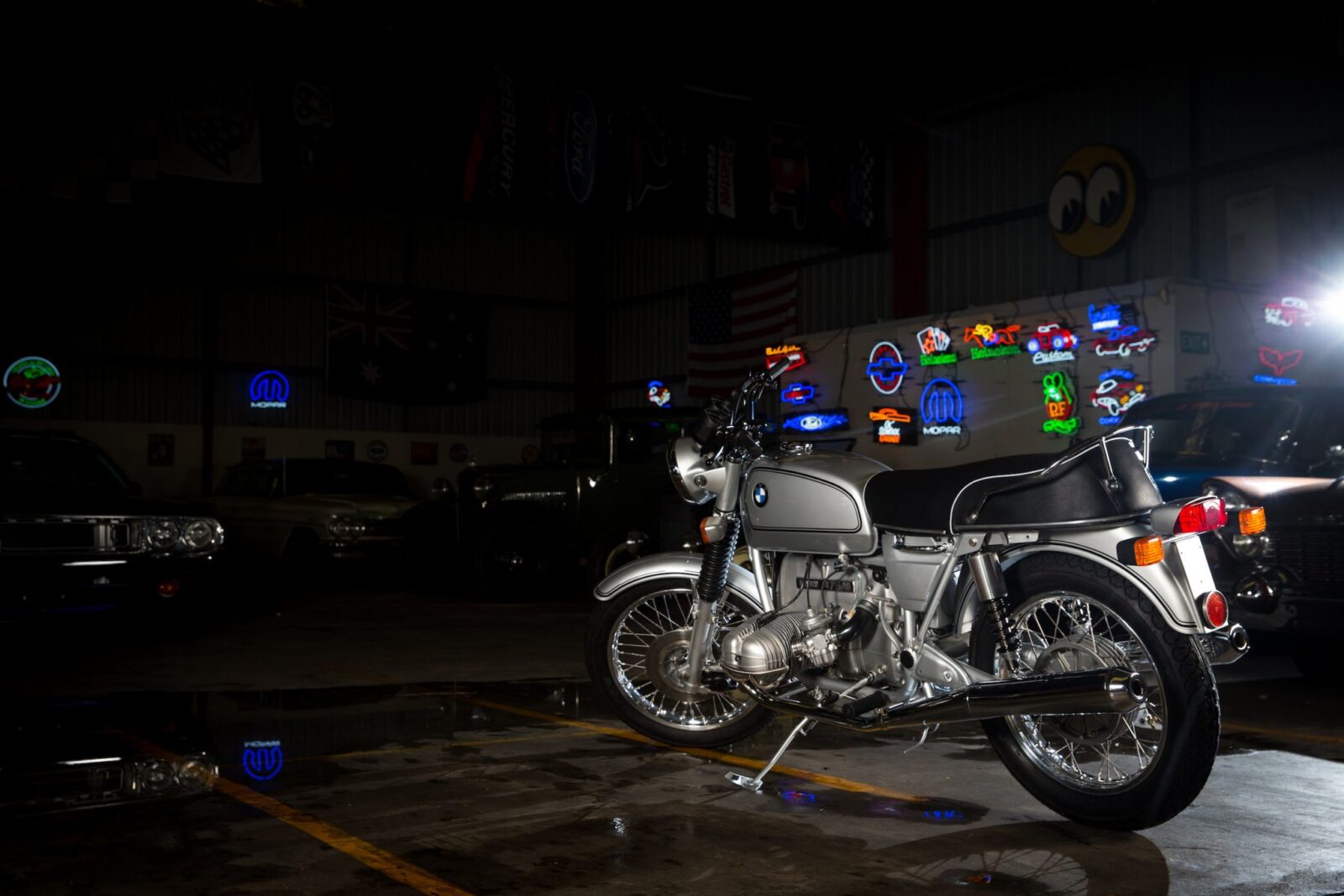 Editor’s Note: This article was written by Owen Hobbs, when possible we like to bring you the story of a build in the words of the people who did the work and were directly involved, to offer a unique insight into their thought process and methods.

Although some may claim BMW boxers have a look that only a mother could love, for Owen Hobbs the classic airhead has always epitomised the purity, individualism and adventure that riding motorcycles represent.

So in 2015 he decided the time was finally right to actually add a classic airhead to his garage.  Owen approached Richard Scoular from Classic Bikes Direct to look for a suitable bike on one of his international searches, with a couple of proviso’s, it had to be original, silver and preferably a R75/6, for the 5 speed box and front disc. CBD eventually managed to secure a rather tired and neglected but unmolested silver 1974 matching numbers R75/6 from the US.

Owen says his intention was always to restore the bike and keep it as original as possible with one or two upgrades, such as electronic ignition and a few individual touches. With plenty of airheads originally leaving the BMW factories in Germany, they are not particularly unique, however with the recent trend to chop and bob every vintage boxer on sight, original bikes, let alone a fully restored one are becoming hard to find. 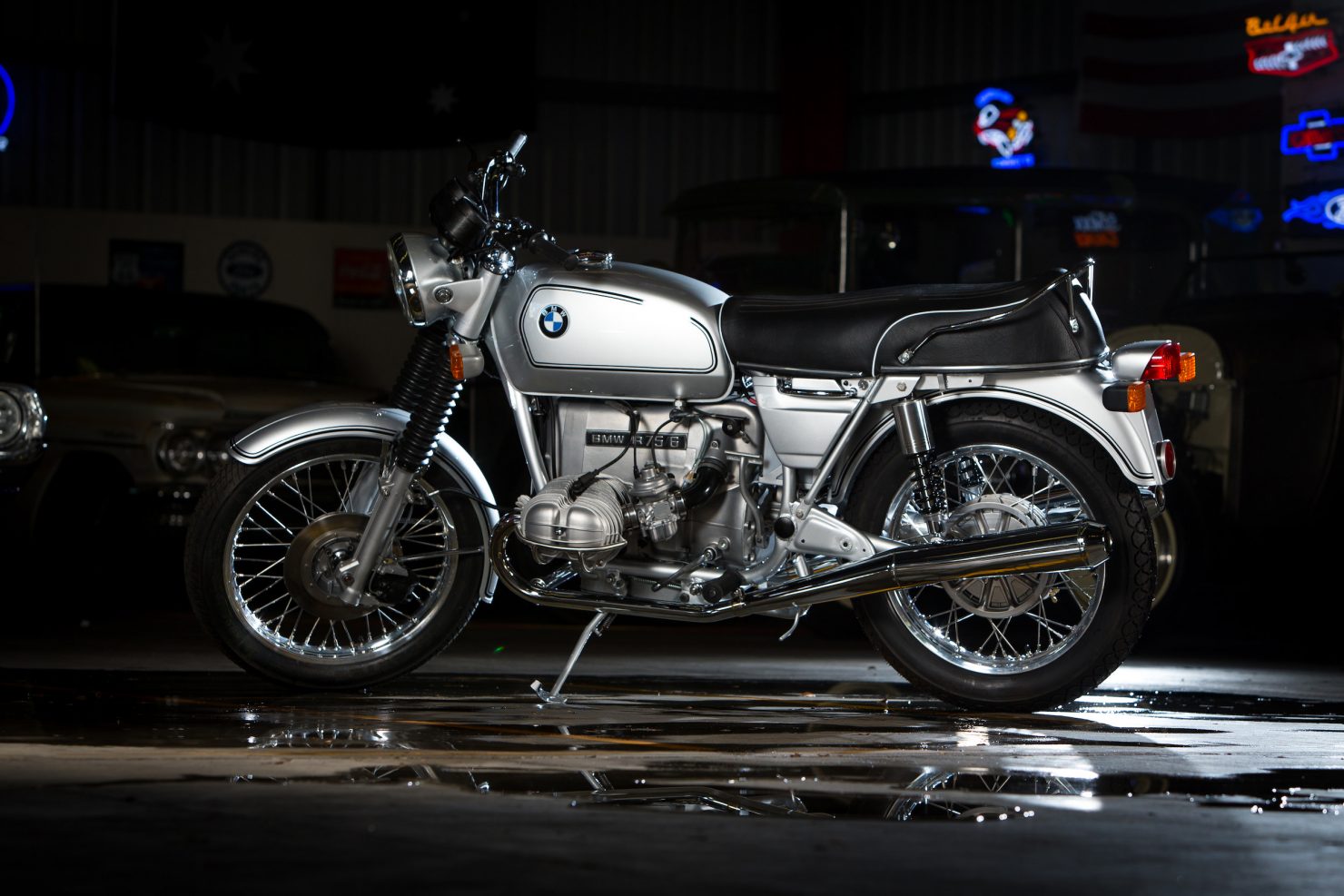 After stripping the bike down and sourcing a large number of parts, Owen, who works a full time high intensity job with plenty of travel thrown in, realised that a full restoration project on his own was going to take several years and admits patience was never a virtue. So he started looking for a customising shop that could finish the project and deliver what he wanted in a reasonable time for a reasonable cost.

Almost by chance he stumbled on Attila Kekesi, the owner of Moto Doctors. Although Moto Doctors are primarily a servicing and maintenance business, Attila had undertaken several customising projects previously. Impressed by the quality of MD’s earlier projects, Owen was also sold on Attila’s passion and his shared vision to restore the bike back to original with a couple of minor resto-mods, rather than a full customisation. Owen says from the outset the relationship between the client and builder was always going to be critical to deliver the vision he had in his mind. As it turned out he couldn’t have found a more perfect partner to work with.
The end product is a testament to Attila’s craftsmanship, patience and eye for detail.

As with most restorations, Attila faced a number of significant challenges along the way but was committed to preserving the integrity of the bike’s history and build. He notes that obtaining original parts is now difficult, despite the relatively high numbers produced. For example, after inspection it was realised the gearbox housing was cracked and the gears well worn, so a replacement unit was needed. While a later model R75/6 or /7 transmission could have been used, Owen wanted to retain the unique ‘back up’ kick start transmission on the 74 model (the last kick start used on a BMW). After much searching, including internationally, Attila was able to source one of only 2 units for sale. 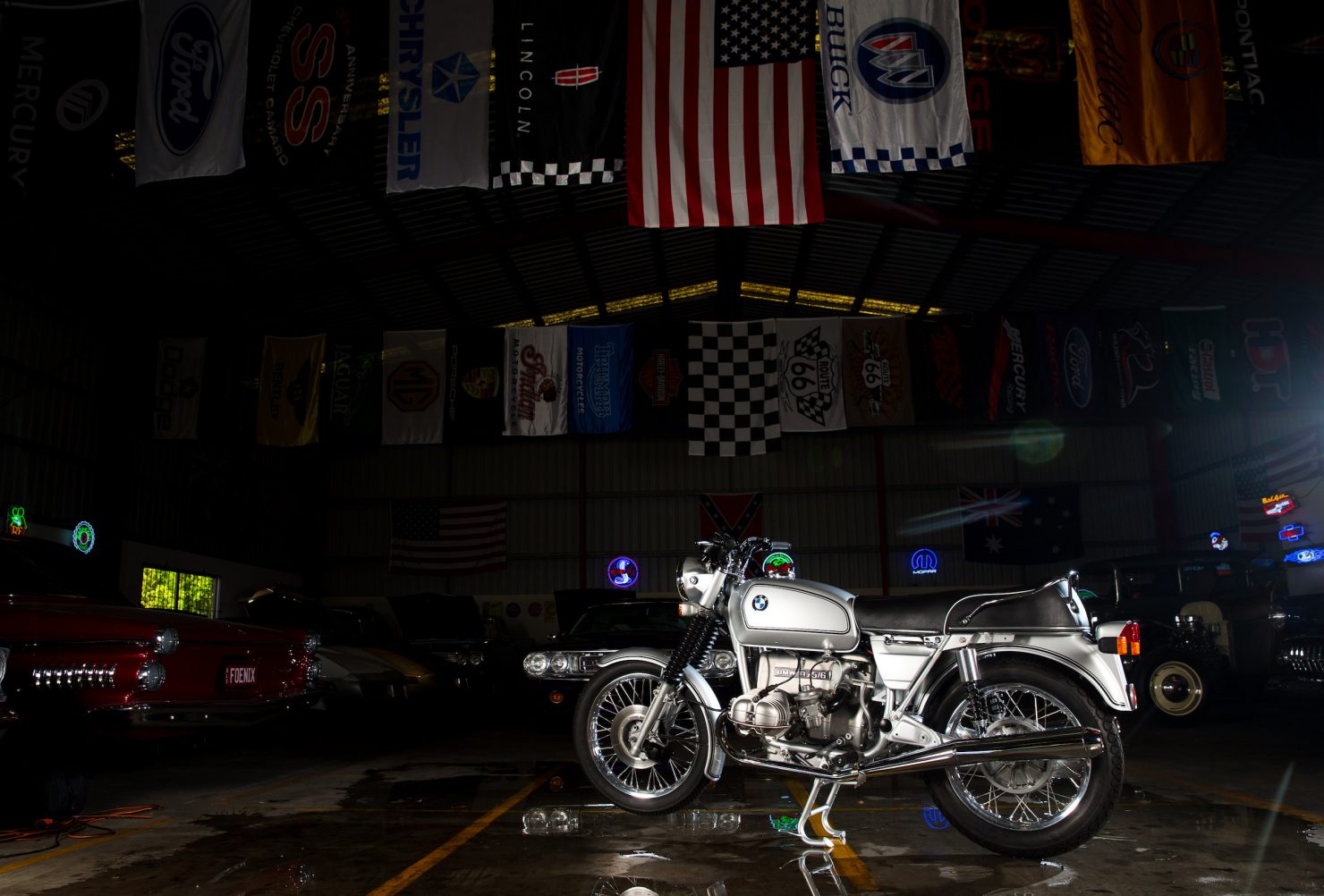 The engine itself was in reasonable shape, but was still stripped, polished and a full top end rebuild undertaken. Overall as many original parts as possible were retained, so almost every component has been pulled apart, cleaned and or repaired, including the drive shaft and electrical systems, which were all then tested to ensure the renowned BMW reliability had also been retained.

Although Owen always intended to keep the bike Silver, the actual colour scheme and shades were optional.  After hours of reviewing custom bike websites, a modern Two Pack silver was chosen that also happens to closely match the original BMW Polaris Silver metallic. When it left the factory, the original frame and headlight were black, however, these have also been painted silver and this minor change makes a huge difference to the look of the bike, visually cleaning up the lines and modernising it at the same time.

The original black pinstripes on the tank and guards were reproduced by hand although again with a minor change.  The pinstripes now more closely follow the lines of the tank and are ‘tighter’, making the tank appear more streamlined. Of course, even painting wasn’t going to be easy. Curiously, once what was left of the original paint on the tank was stripped off, the structural integrity was significantly reduced, resulting in a significant amount of flex. 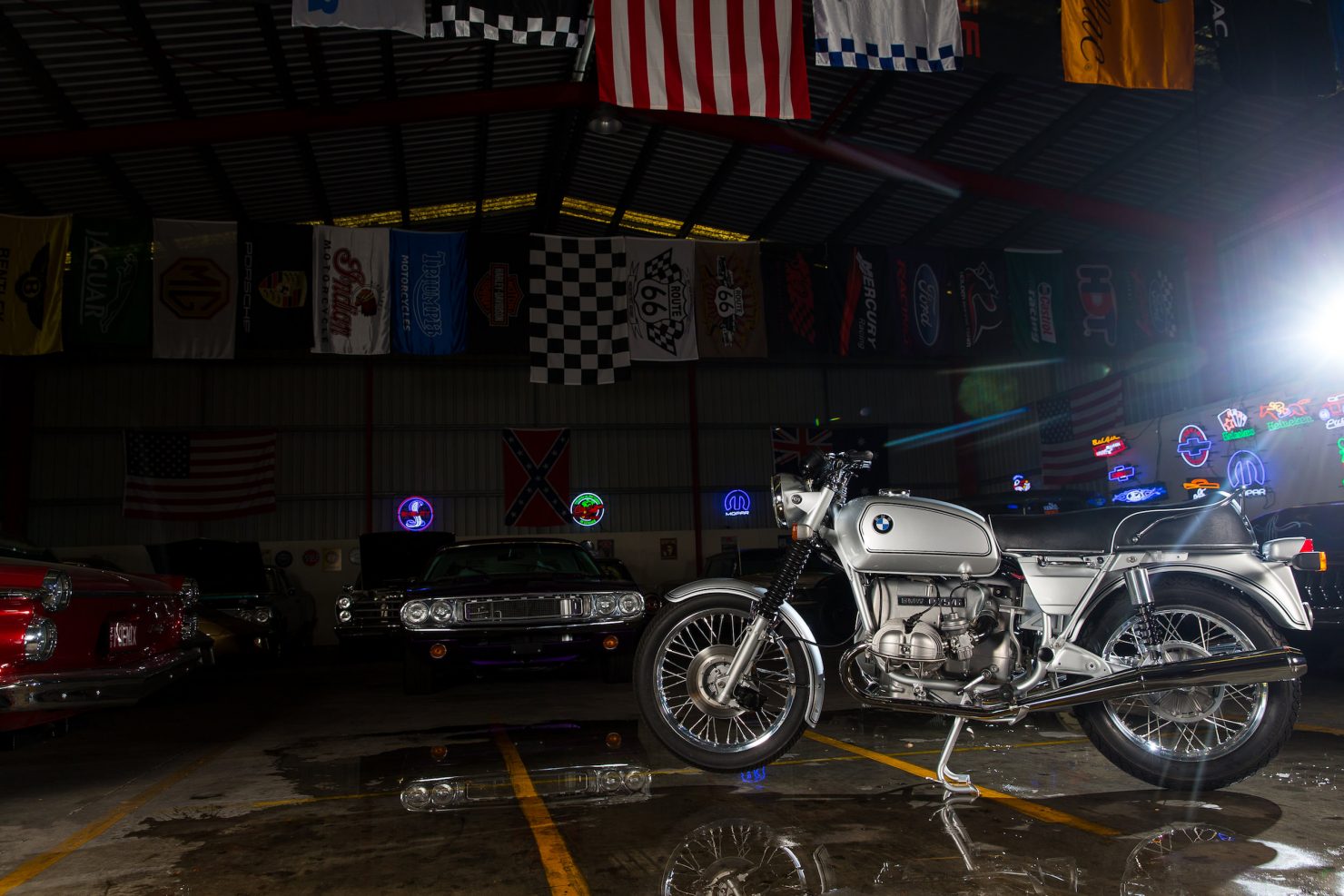 Before the tank could be resprayed it had to be coated with several layers of liquid metal to regain rigidity. However, anything worth doing is worth doing properly and the final product is simply stunning. To complement the paint, all external engine and transmission components were also hydro-blasted and look better than new. Finally the overall finish is set off by the beautifully polished rims. These are also the original, very battered and bruised, restored hoops.

Attila had one final heart stopping moment on the bikes first test start. It appeared the gearbox had jammed in first.  However, after contemplating a full strip down of the tranny (and jumping out a window), the culprit was found to be a faulty neutral switch.

Owen, says the bike, which is intended to be ridden on laid back sunny weekend rides, is comfortable, purrs along like a very contented cat and handles incredibly well for a bike that is now well over 40 years old.  However, the brakes are also very definitely from the ‘past’, which given the old girl can still get along at a decent pace, means extra care has to be taken to avoid white knuckle moments.

And when not riding, almost as much joy can be had from just sitting back with a beer and admiring this silver Teutonic beauty. 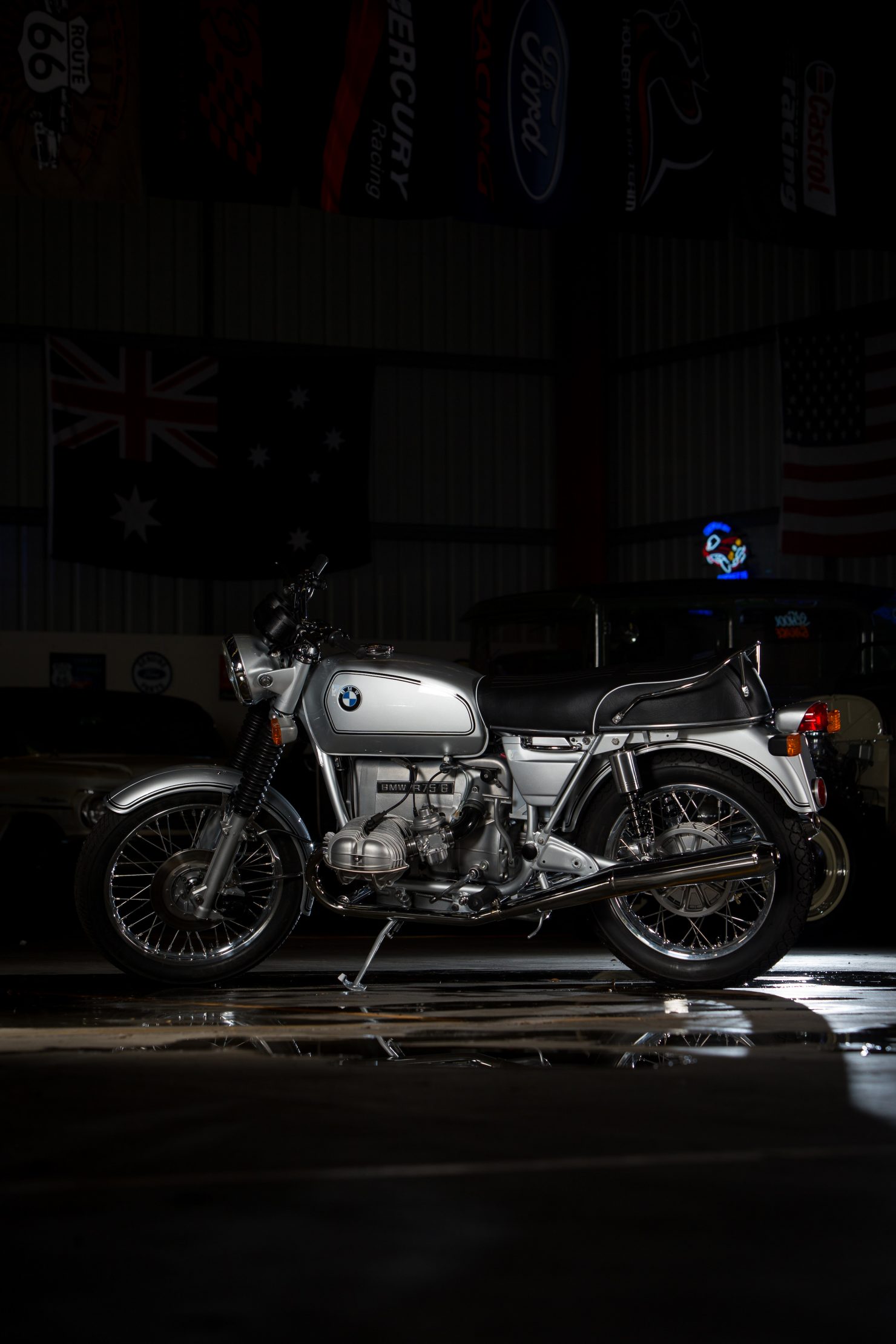 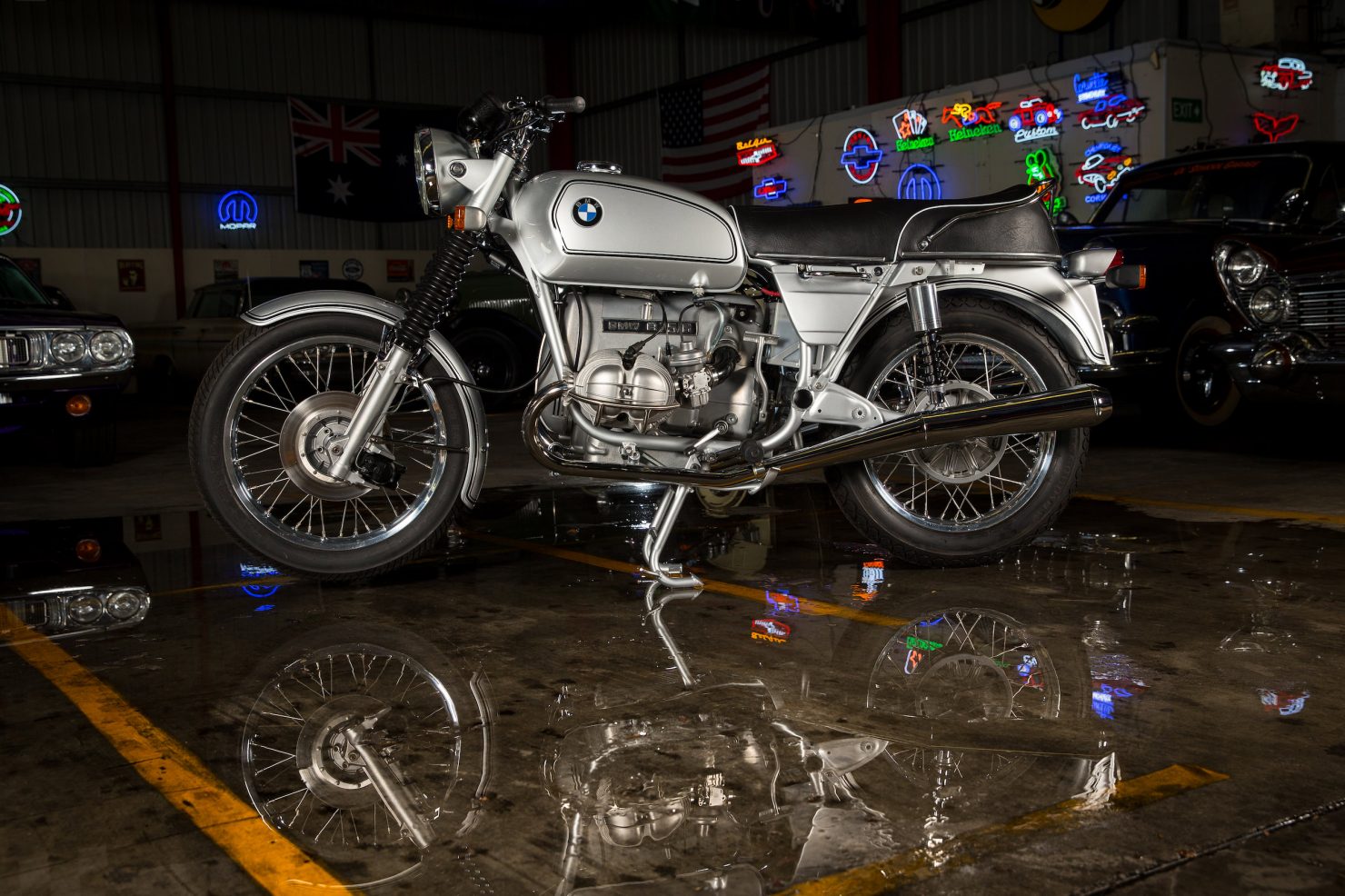 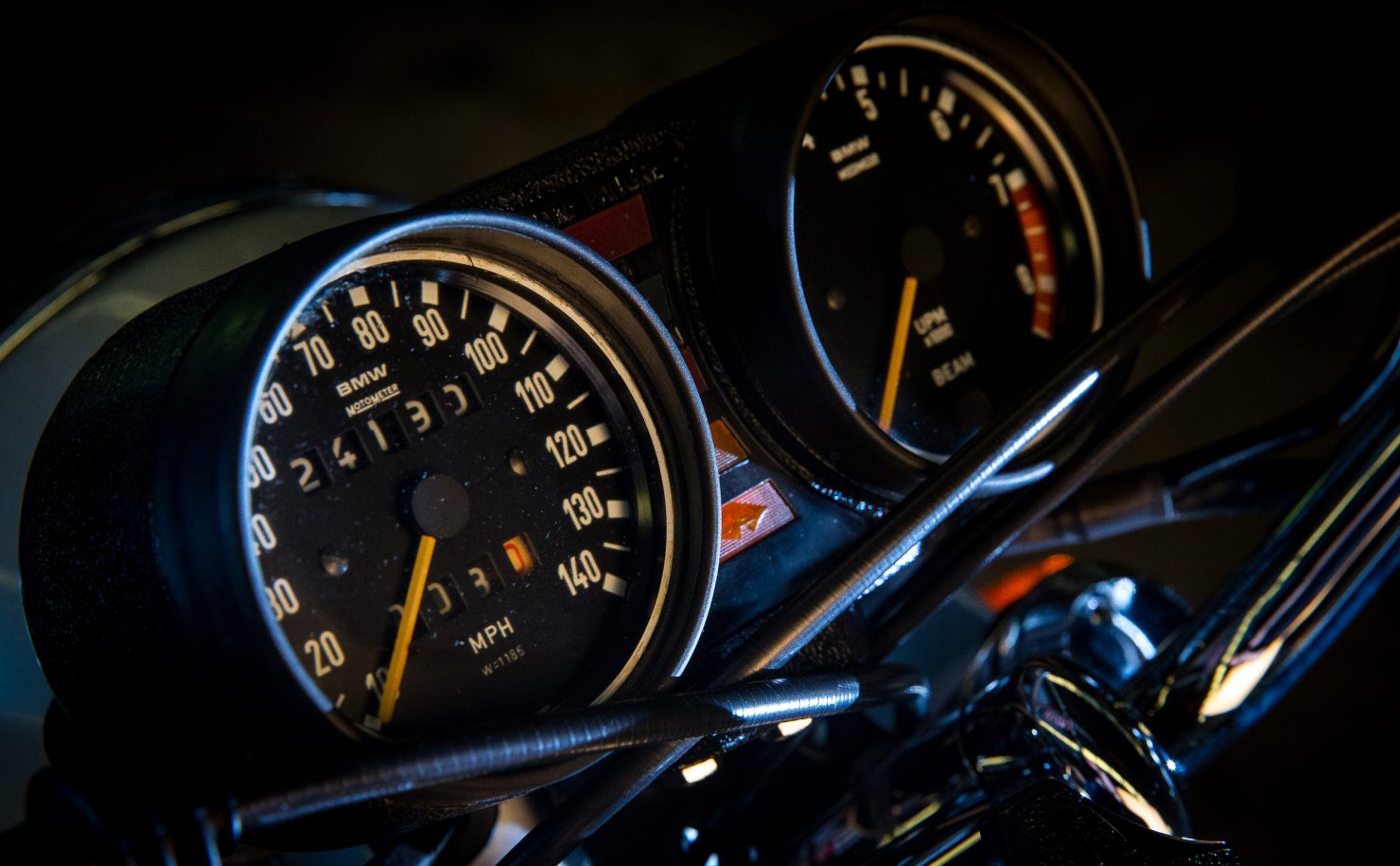 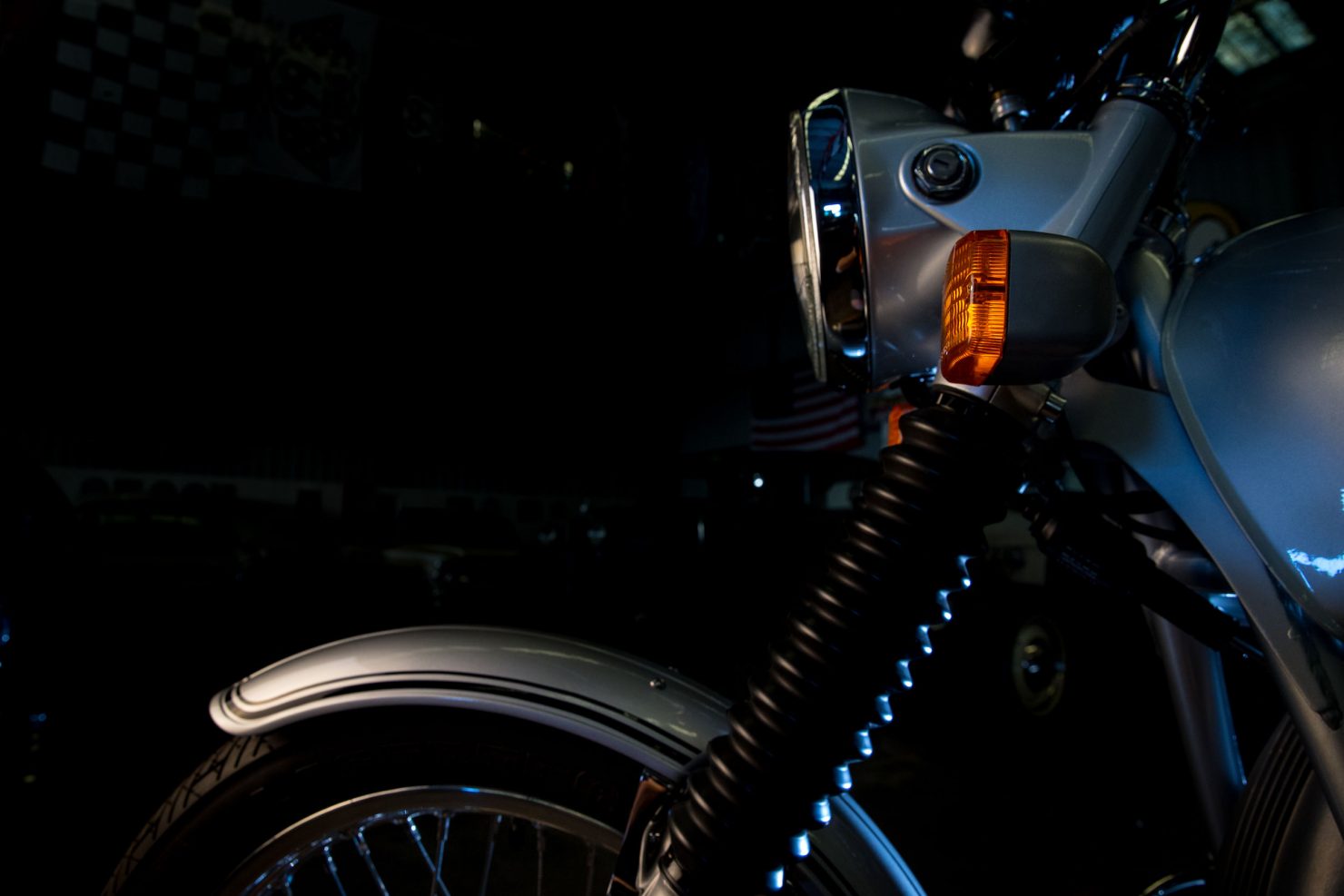 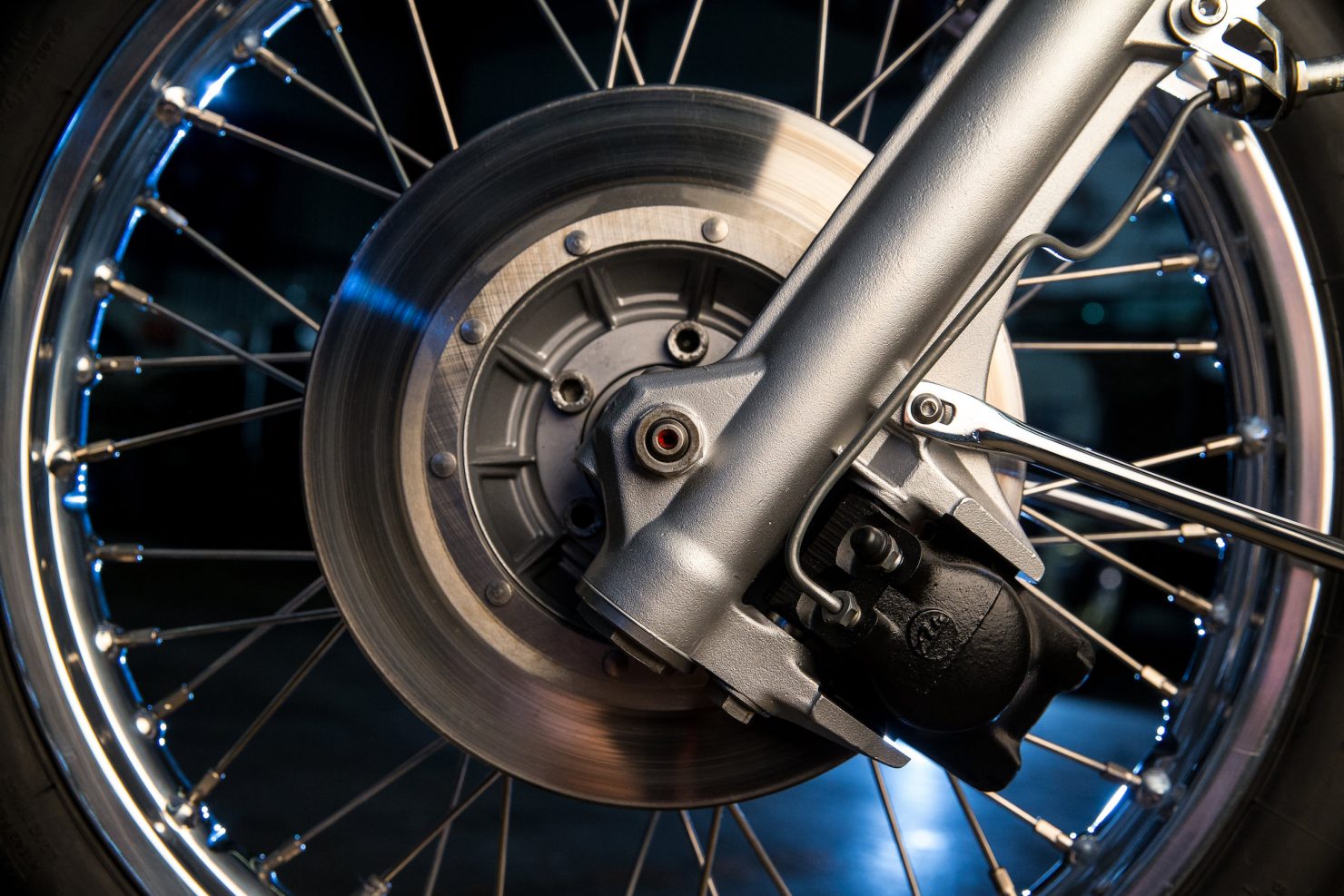 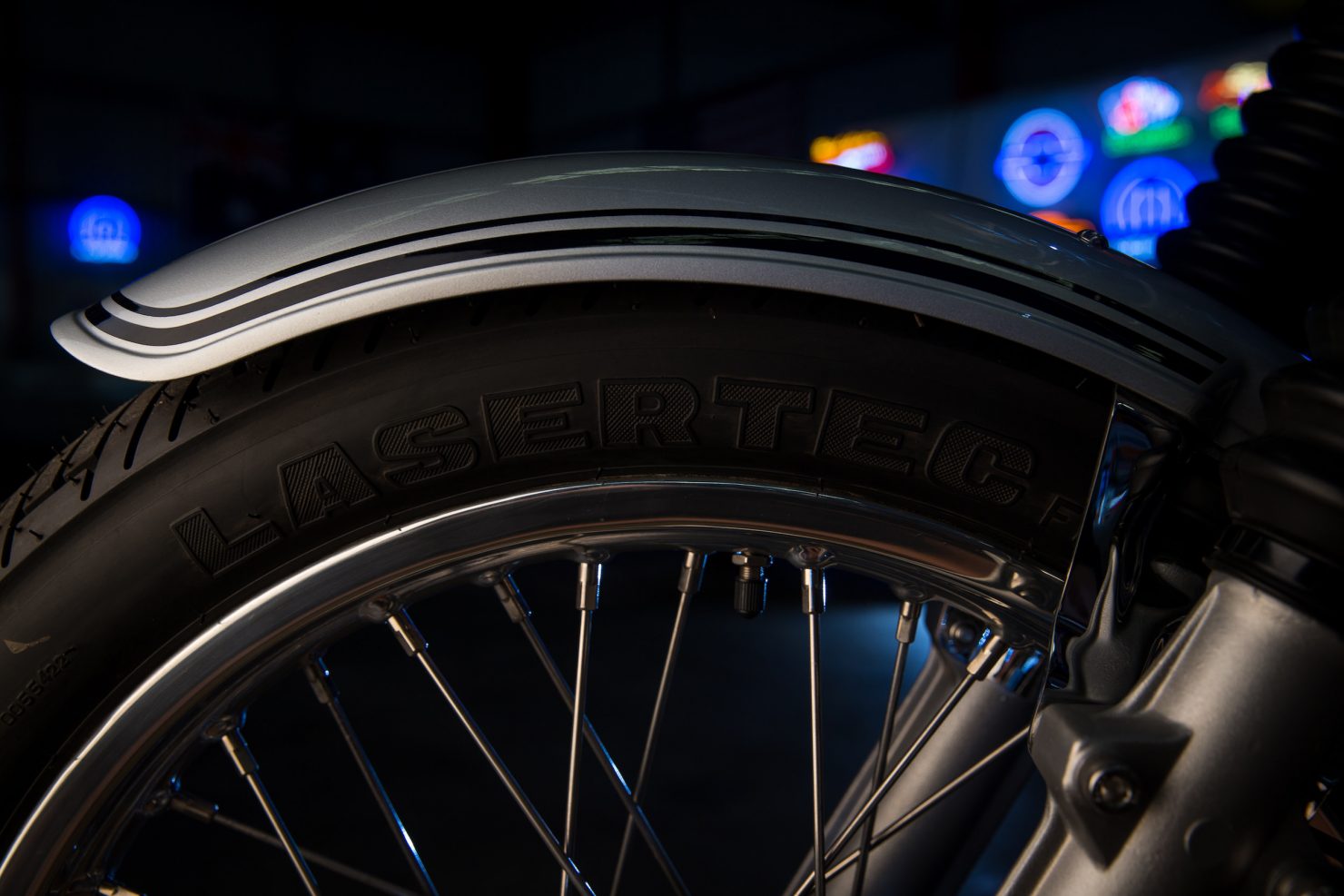 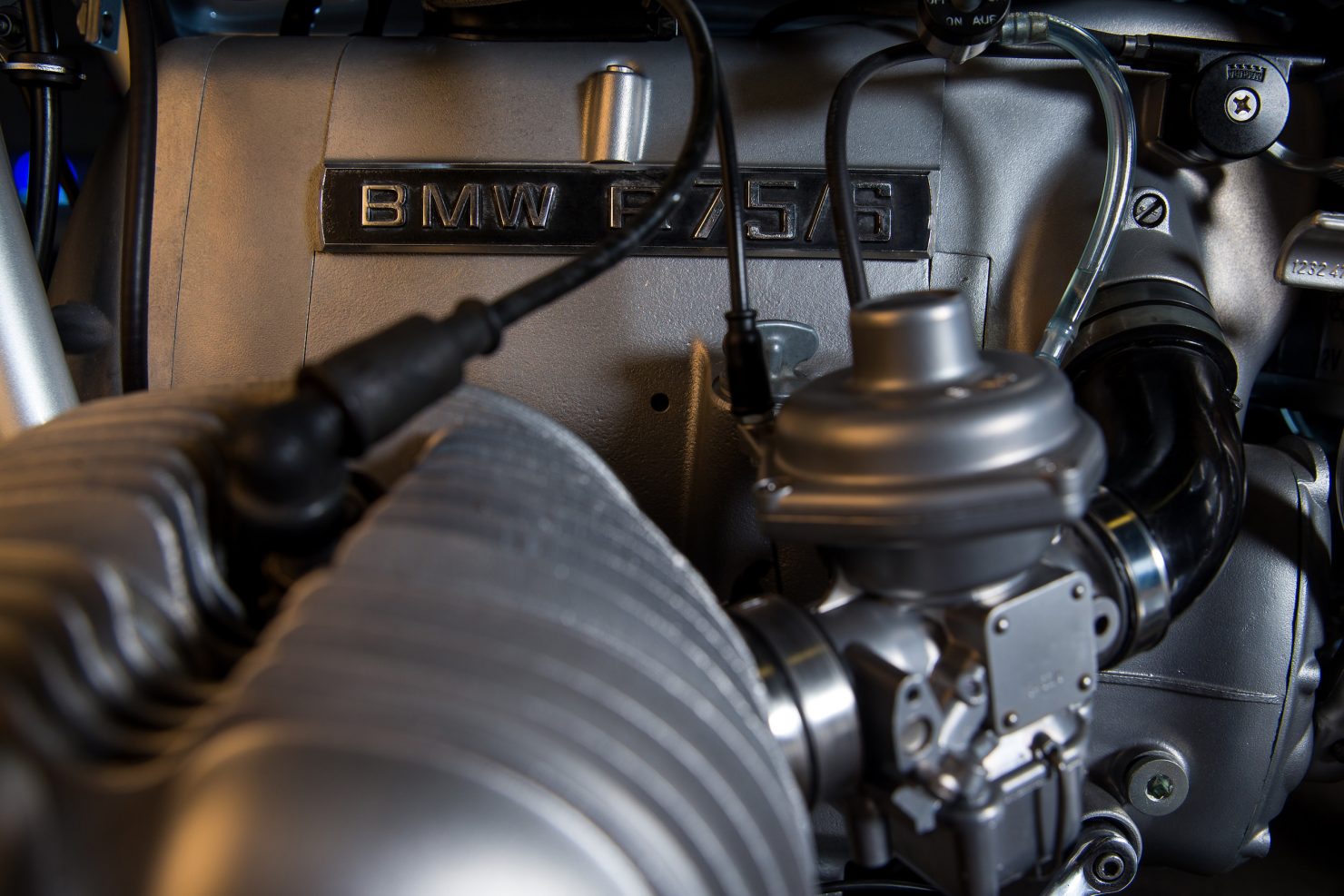 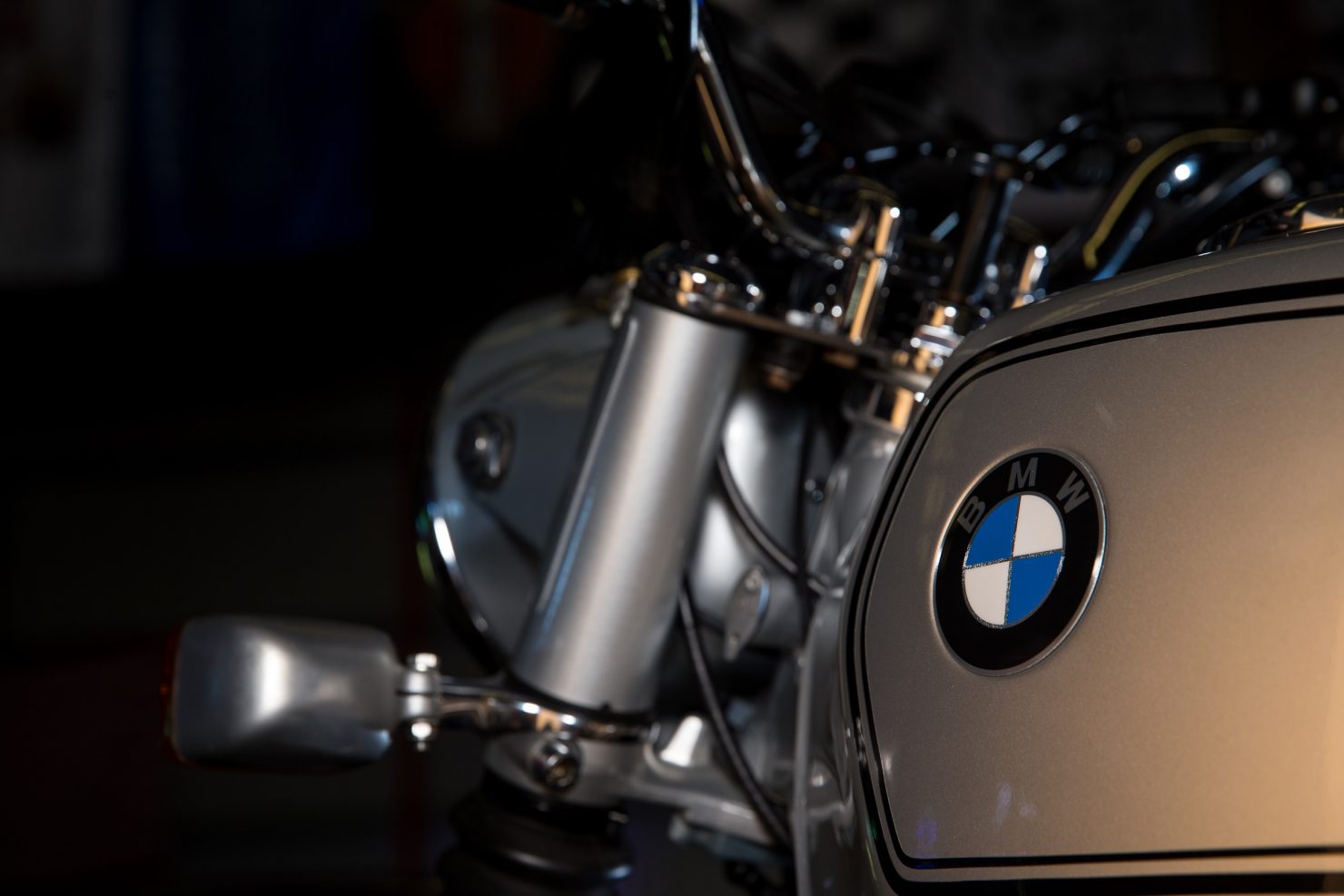 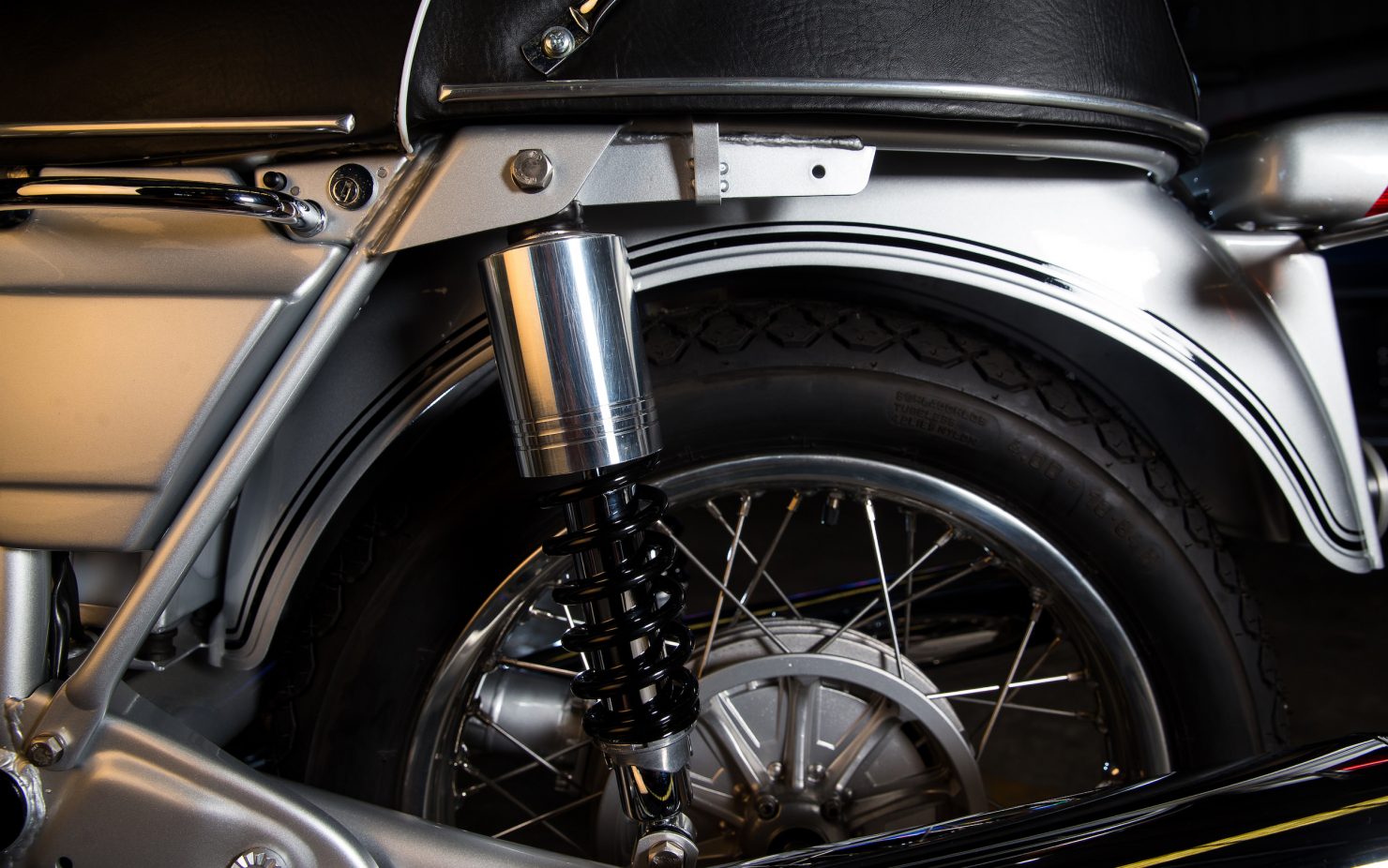 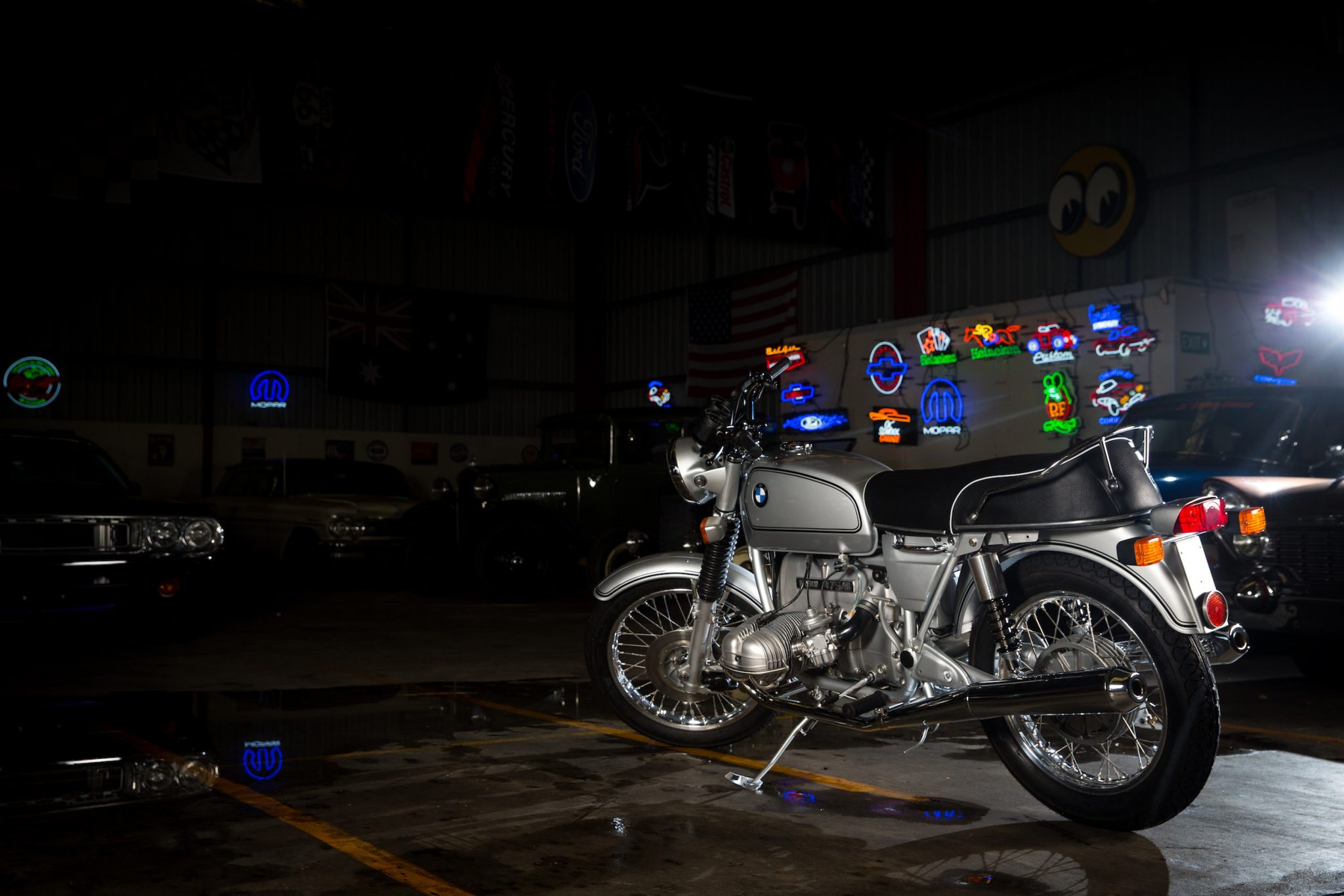