In some respects, this is a motorcycle that Buell themselves could have built if Harley hadn’t nailed them into a cheap coffin and tried to bury them alive.

Okay so yes, I’m still a little upset about the shuttering of Buell.

What we’re looking at here is a Buell/Harley Sportster 1200cc V-Twin with a unique motorcycle fabricated around it, for want of a better word it’s a supermoto bike albeit one with an almost futuristic feel to it. Starting from the front end, the shock absorbers are inverted and relatively long travel, the frame, front fender and tank are all hand fabricated by the team at TPJ Customs as is the seat, rear fender and swing arm. The bike uses a Shorai lithium motorcycle battery to keep weight down and has a pair of custom, hand-formed and wrapped exhaust pipes, the front and rear disc brakes are Beringer as are the clutch and brake assemblies.

I have a hard time imagining how this bike would perform and handle, I assume it would have the ability to shift tectonic plates with that high-torque engine but depending on suspension set up and balance it could be hard to ride for anyone this side of Kenny Roberts. Although I should state that this is pure conjecture and the guys at TPJ Customs have, more than likely, got her handling like a race-spec Hypermotard. 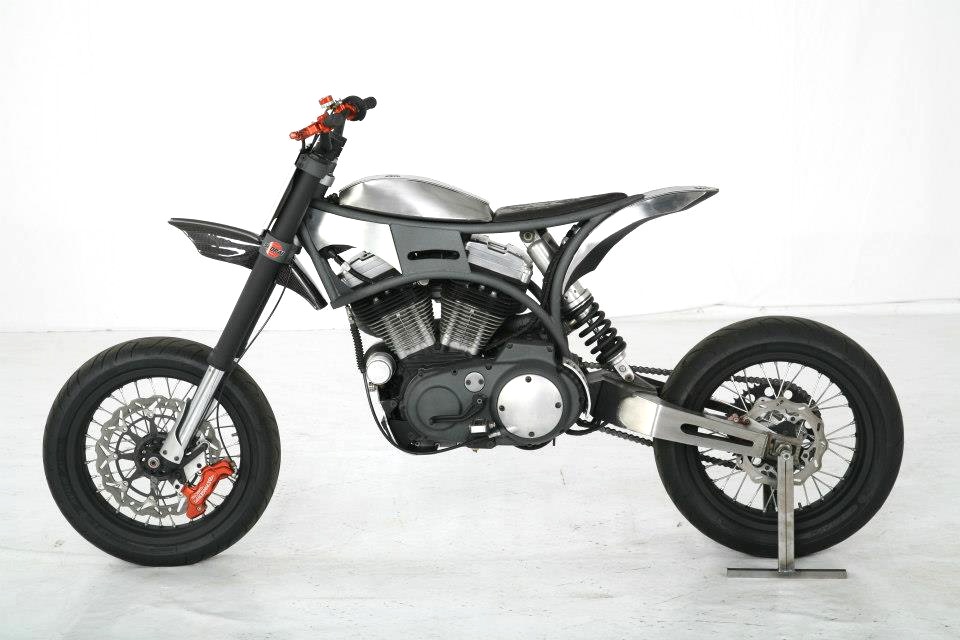 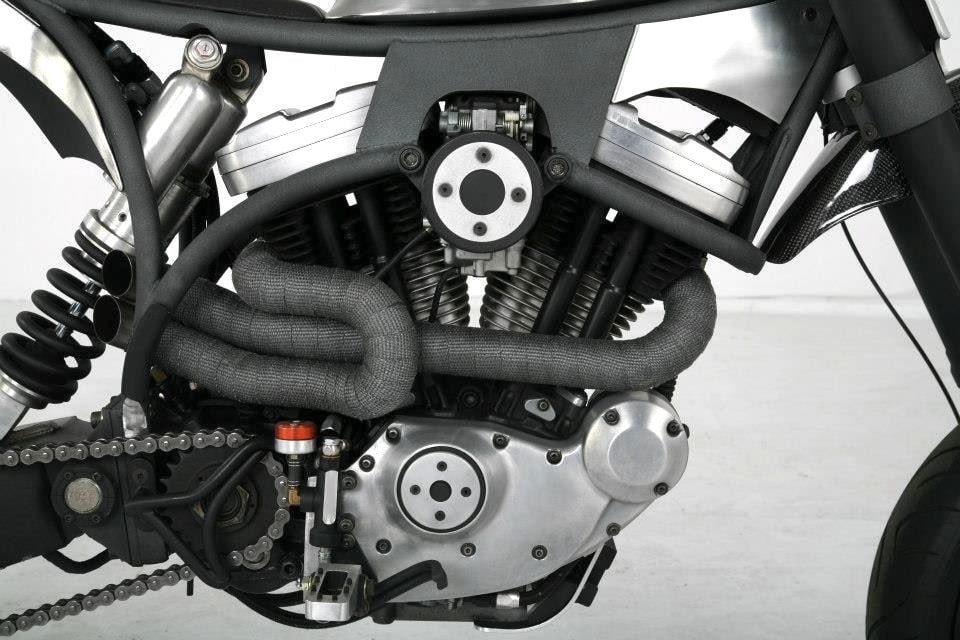 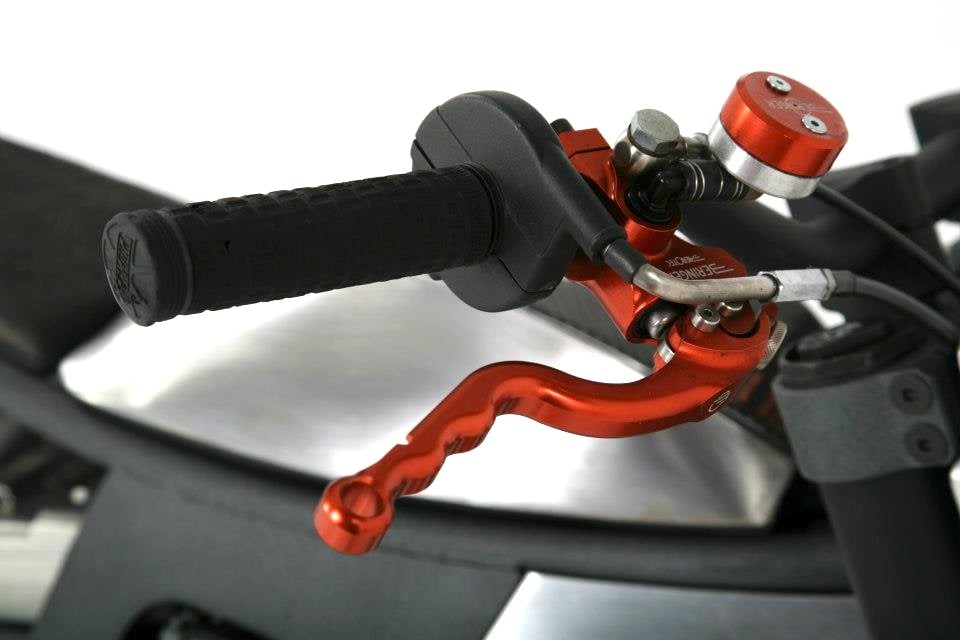 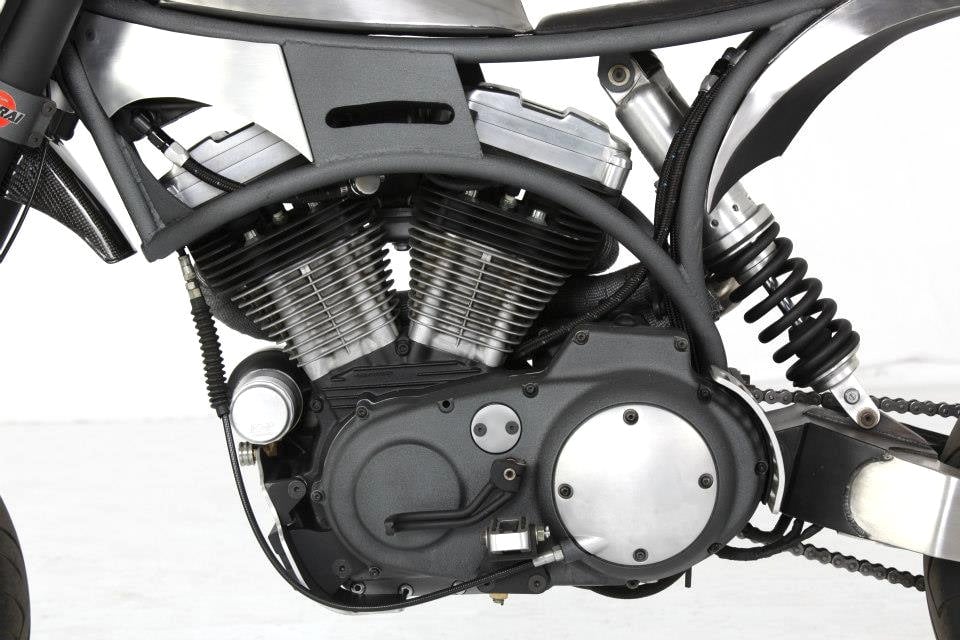 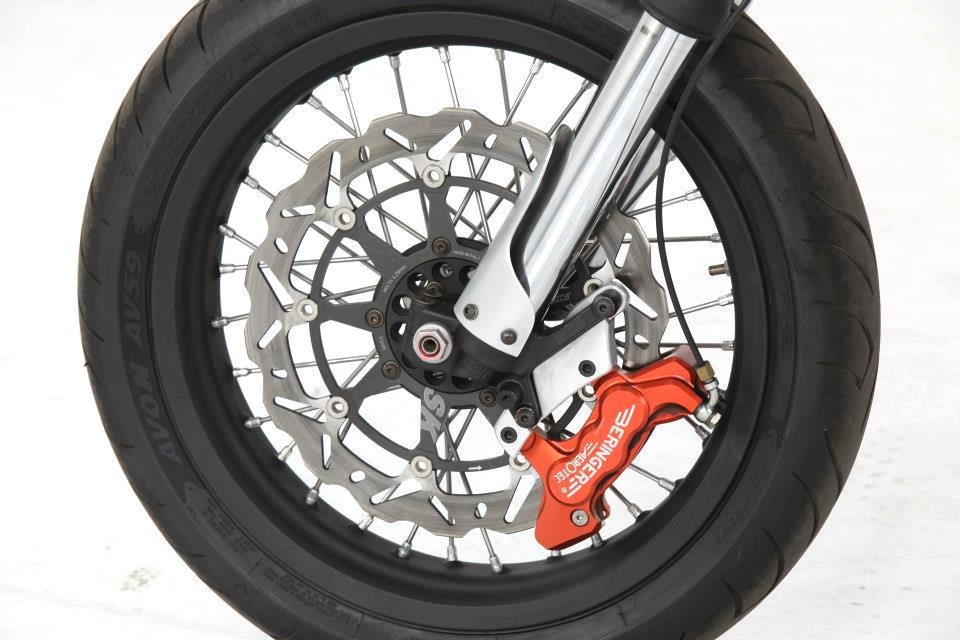 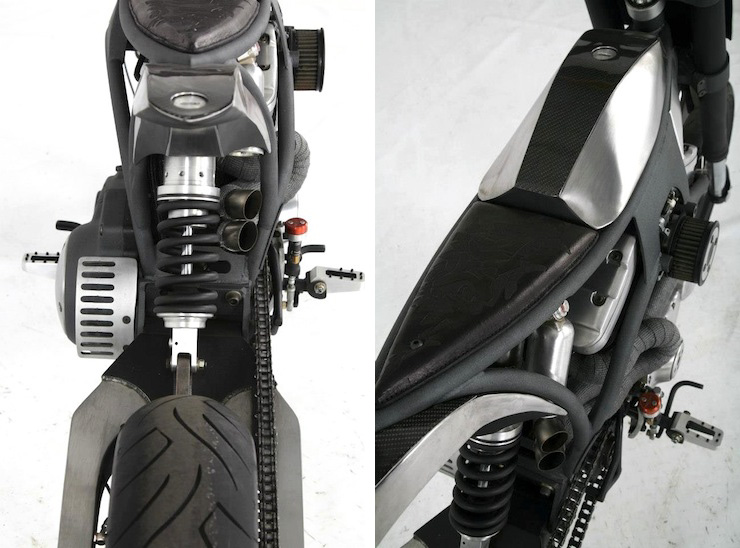 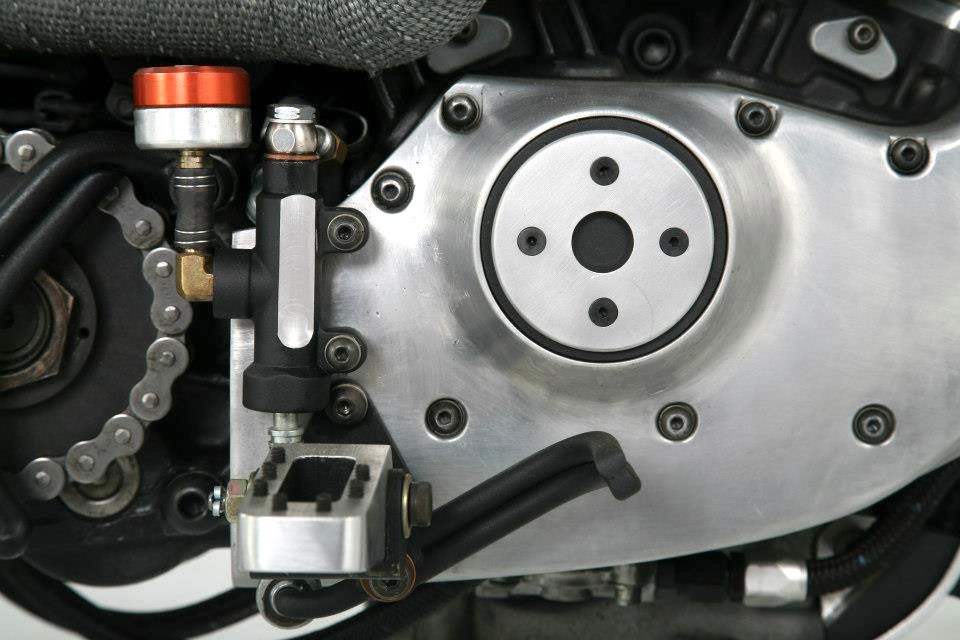