In December 2007 Ducati North America met with the team at Roland Sands Design (RSD) and asked them to produce a one-off Hyper Motard, the bike you see pictured above and below is the result of this meeting. The Hypermotard is already one of the more balls-to-the-wall production bikes on the road so the challenge presented to RSD was to take crazy and make it batshit crazy.

The donor bike was stripped back to its essential components, many of which were then thrown in the garbage. The finished bike features a handbuilt exhaust system, a 100% custom fabricated rear swingarm, a 19″ front tire (stock is 17″), custom rims front and back, Ducati’s stock 180/55 17″ rear tire was rolled off and replaced with a slightly insane 240/40 19″ chunk of rubber. The RSD “Ultramotard” has a custom seat, rear bodywork, front bodywork, that nasty little beak was pulled off and tossed as were the rear foot pegs. I doubt the rear foot pegs have ever been used on a Hypermotard. At least I hope not.

RSD only had 2 months from start to finish on this bike, they made it on time for the unveiling at the Tantalum Waterfront Lounge in Long Beach, California. It received a standing ovation from the attendees and went on to light up the covers of motorcycle magazines across the globe. 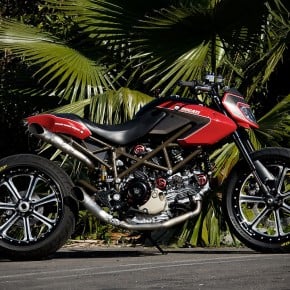 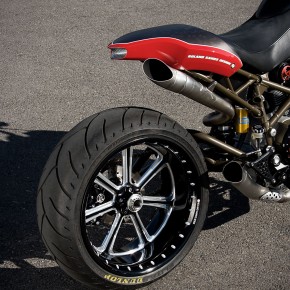 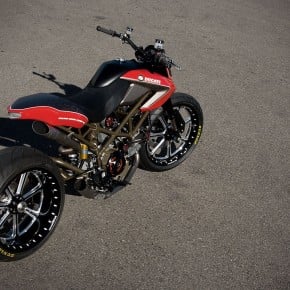 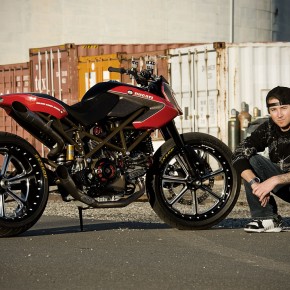 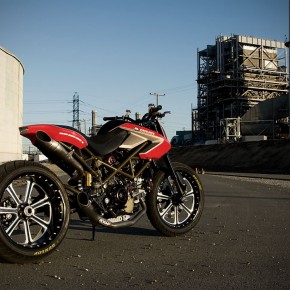 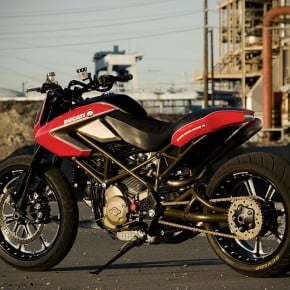 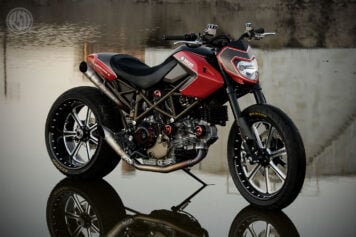 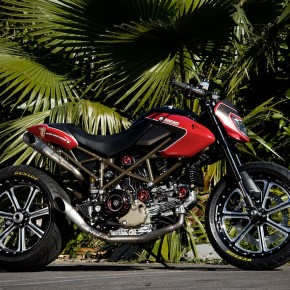 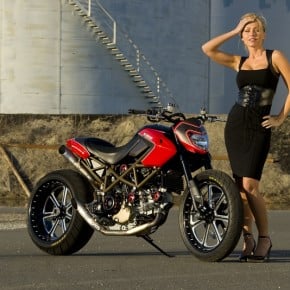 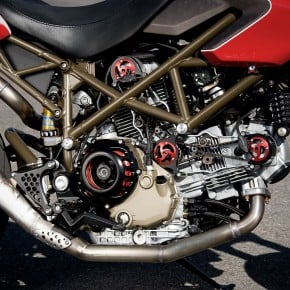