The Marshall Stanmore is the British company’s flagship multi-room home entertainment speaker, it can be plugged into a flatscreen TV to upgrade your audio experience, it can play directly from your turntable or CD player, and it can also operate over bluetooth from any mobile device.

Marshall famously has decades of experience building some of the most famous and highly regarded guitar amplifiers and professional live music audio systems in the business.

Rock legends like Jimi Hendrix, Eddie Van Halen, Kurt Cobain, Ian “Lemmy” Kilmister, Jimmy Page, and Slash all swear by Marshall amps, and the company is favoured by bands like AC/DC, The Who, the Red Hot Chili Peppers, ZZ Top and countless others. In many respects, the history of Marshall runs parallel with the history of rock ‘n roll.

Marshall developed the Stanmore to work both on its own and as part of a linked series of speakers in multiple rooms providing a house-wide sound system. The speaker has a number of streaming services built-in including Apple Airplay, Chromecast, and Spotify Connect, it also works with the Marshall Multi-Room app and the Google Home app.

There are a series of analogue dials on the top for fine tuning the sound, and the speaker unit comes in two color combinations – the classic Marshal black and gold (shown here) and white. With an MSRP of under $350 USD, the Stanmore provides a great way of getting that timeless Marshall sound in your home, without breaking the bank. 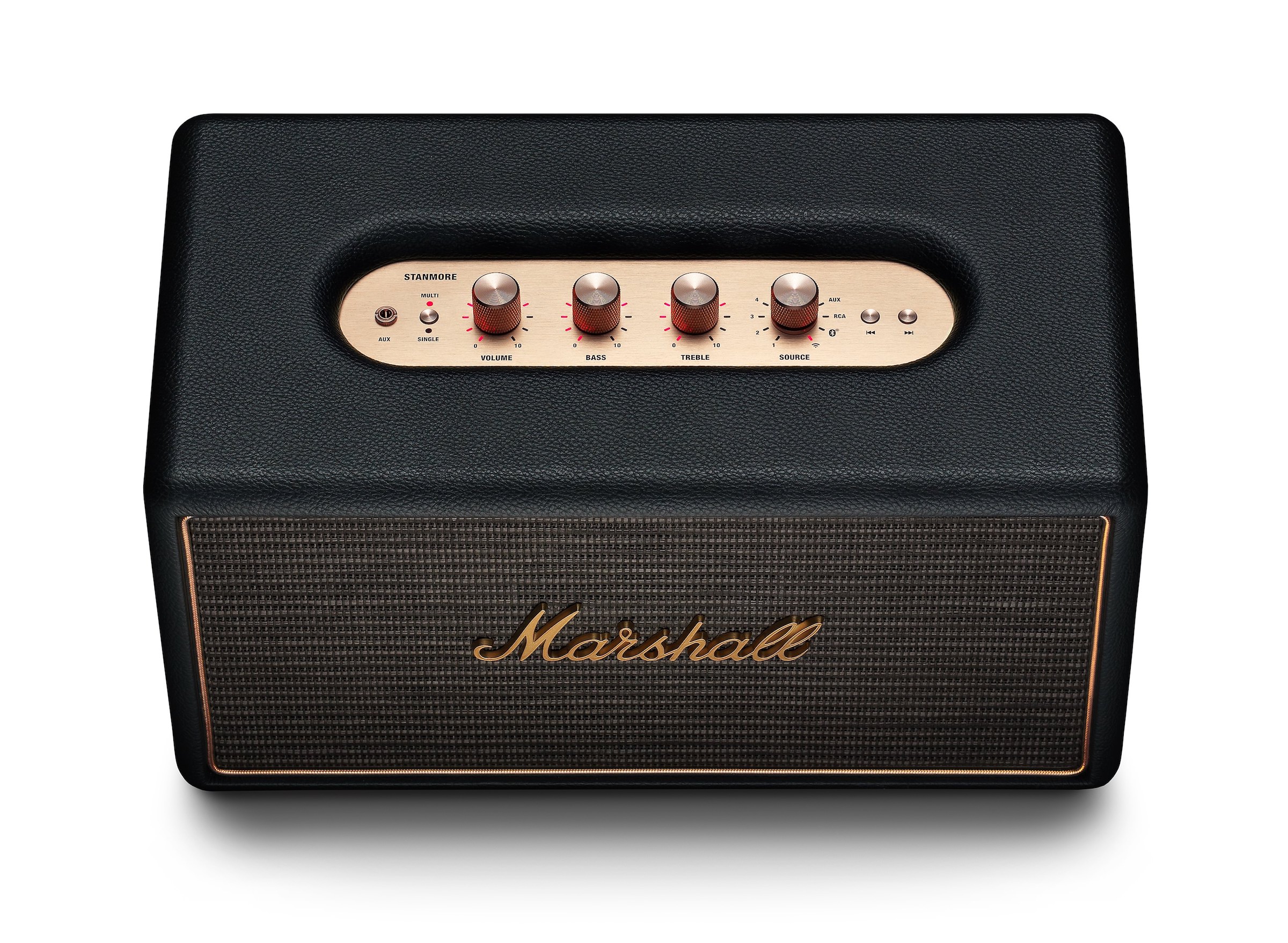