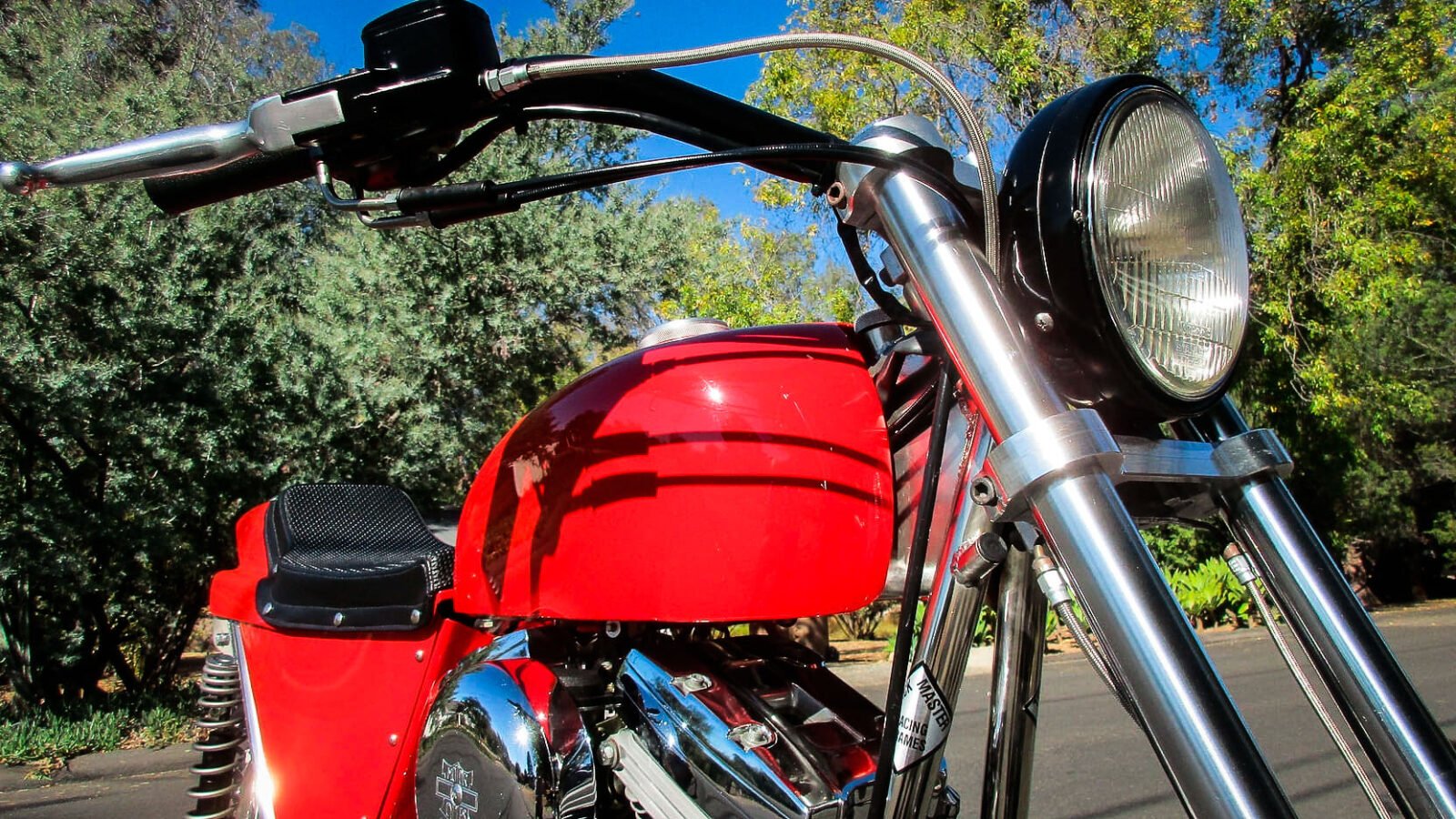 This is the 2016 Trackmaster Miler prototype, it was developed by the team at Trackmaster to be the ultimate version of the modern Harley-Davidson-based street tracker.

Far from being a Sportster with a few bolt on fibreglass parts, the Trackmaster Miler has a full bespoke chromoly frame, a custom aluminum alloy fuel tank, side covers, and seat/rear cowl, alloy triple trees, a chain final drive conversion, custom short exhaust headers, a low profile headlight spoked 19 inch wheels front and back, and front and rear disc brakes with twin four-pot calipers on the front.

Chromoly was chosen for the frame due to its strength and low weight, it’s an alloy of steel also containing chromium and molybdenum. The alloy is much stronger and harder than standard 1020 steel but its difficult to weld, requiring experienced welders who apply a thermal treatment both before and after welding to avoid cracking. 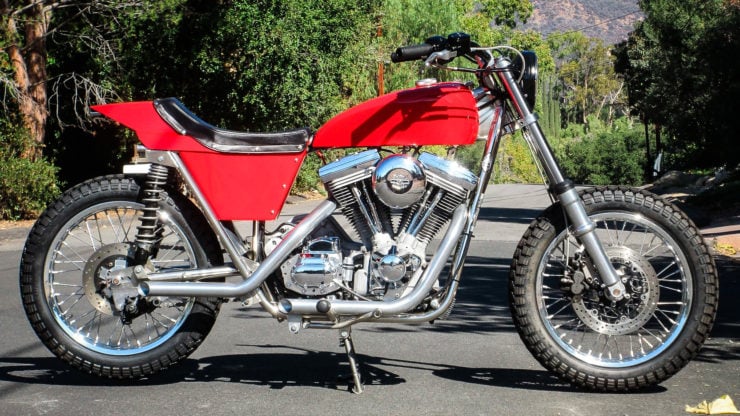 The team at Trackmaster opened to use a specially prepared version of the Harley-Davidson 1340cc (80 cu. in.) Evolution V-twin rather than the far more commonplace 1200cc Sportster engine. This larger engine was developed to power Harley’s larger models and as such it offers more torque and horsepower than the 1200cc version without a significant weight difference – the barrels and heads are all made of lightweight aluminum alloy.

Whereas flat track racers rarely have front brakes fitted, street trackers need to ride in an urban environment with SUVs, busses, and texting drivers – so they need the best brakes possible. The Trackmaster Miler prototype is fitted with a pair of matching Tokico calipers up front with four pots each, clasping floating rotors. The rear brake is a smaller Tokico unit to match the front.

The pair of adjustable rear shock absorbers are mounted in an almost vertical orientation, they’re connected to the Miler’s custom chromoly swingarm. The front suspension is taken care of by a pair of traditionally oriented forks, capped with a wide pair of handlebars that are uninhibited by mirrors. 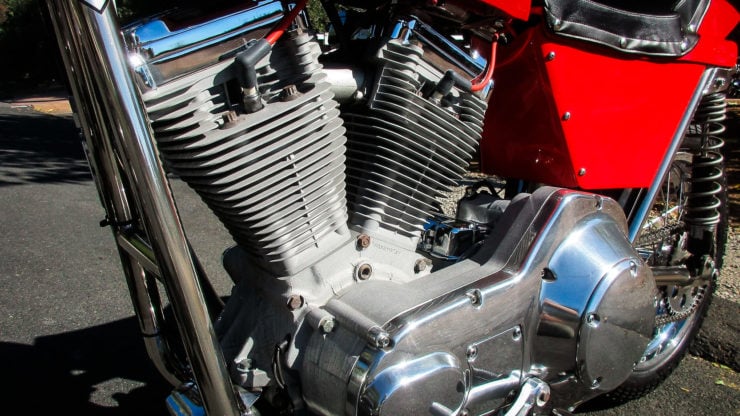 The open exhaust system isn’t likely to endear any owner of the Miler to their neighbours, but it does sound fantastic so long as you’re wearing your helmet and moving forwards. The aluminum alloy fuel tank, seat/cowl, and side covers are all painted red, the next owner may opt to have this paint stripped and get the metal polished up, I know I would, though it may be blinding in direct sunlight.

The seat is a traditional flat tracker-style seat with the curved up rear to stop riders falling off the back, and it’s attached with press studs along both sides to make it quick to remove and clean between races.

All Trackmaster Milers are 100% made in the USA and you can order a new one today from the company, if you’d prefer to buy the prototype either for riding or adding to a collection it’ll certainly make a good conversation piece.

If you’d like to read more about the Miler prototype or register to bid on it you can click here to visit the listing on Mecum. It’s due to be auctioned in January in Las Vegas, and there’s no reserve price. 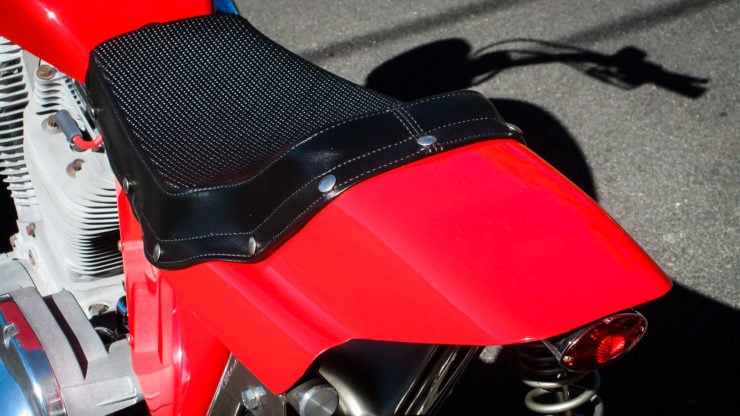 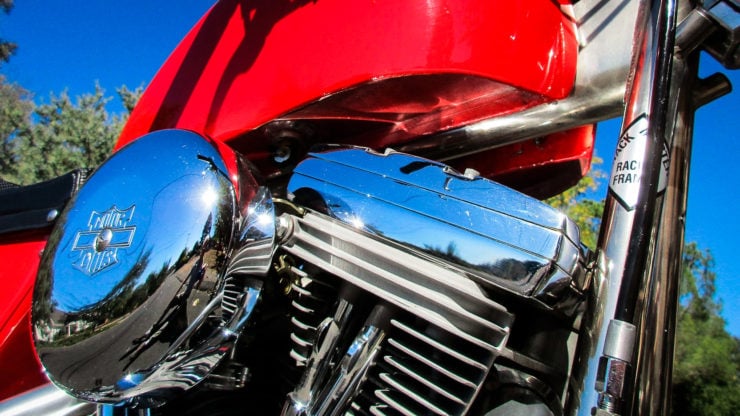 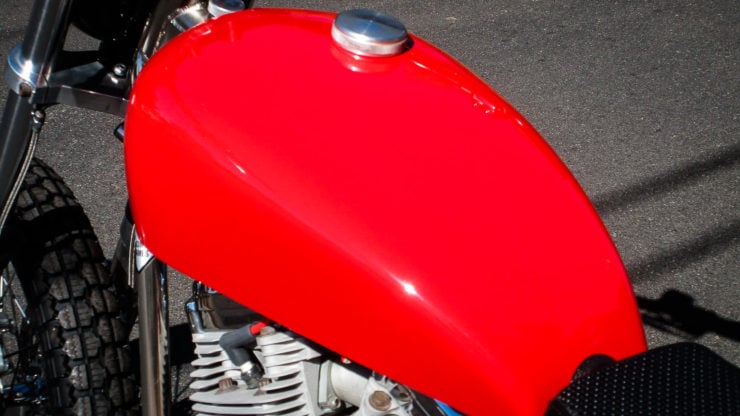 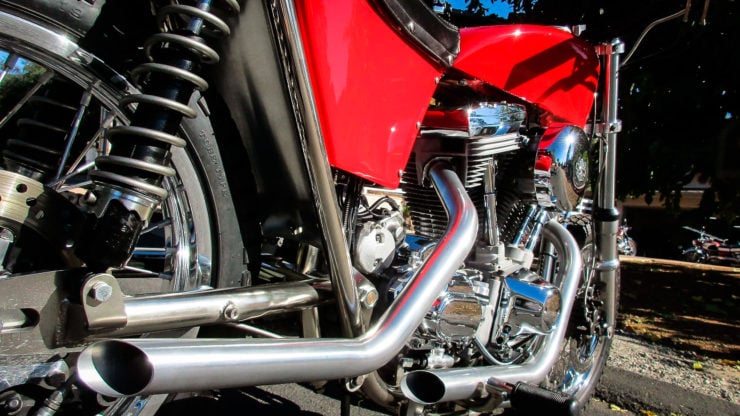 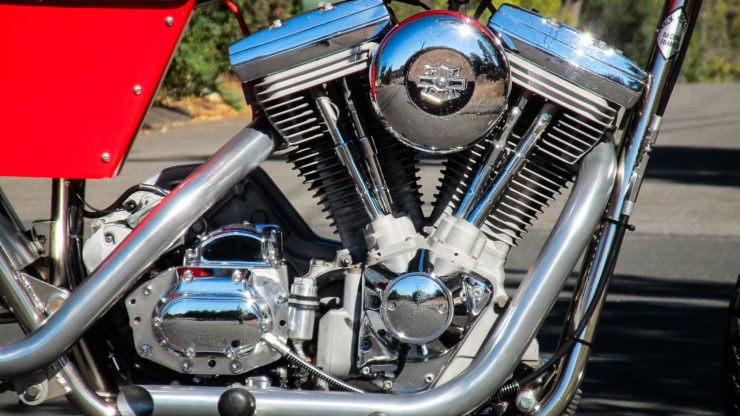 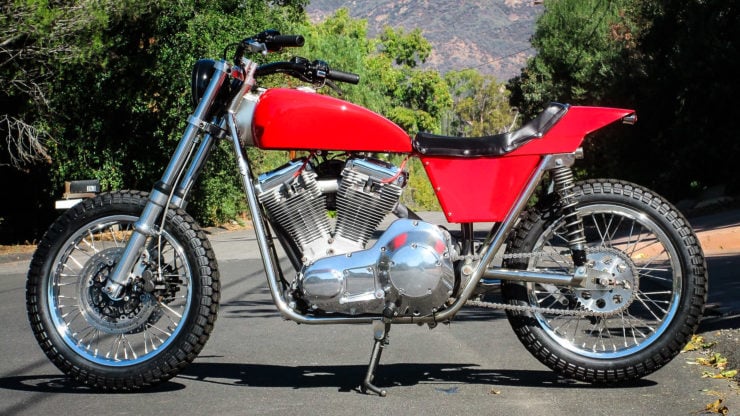 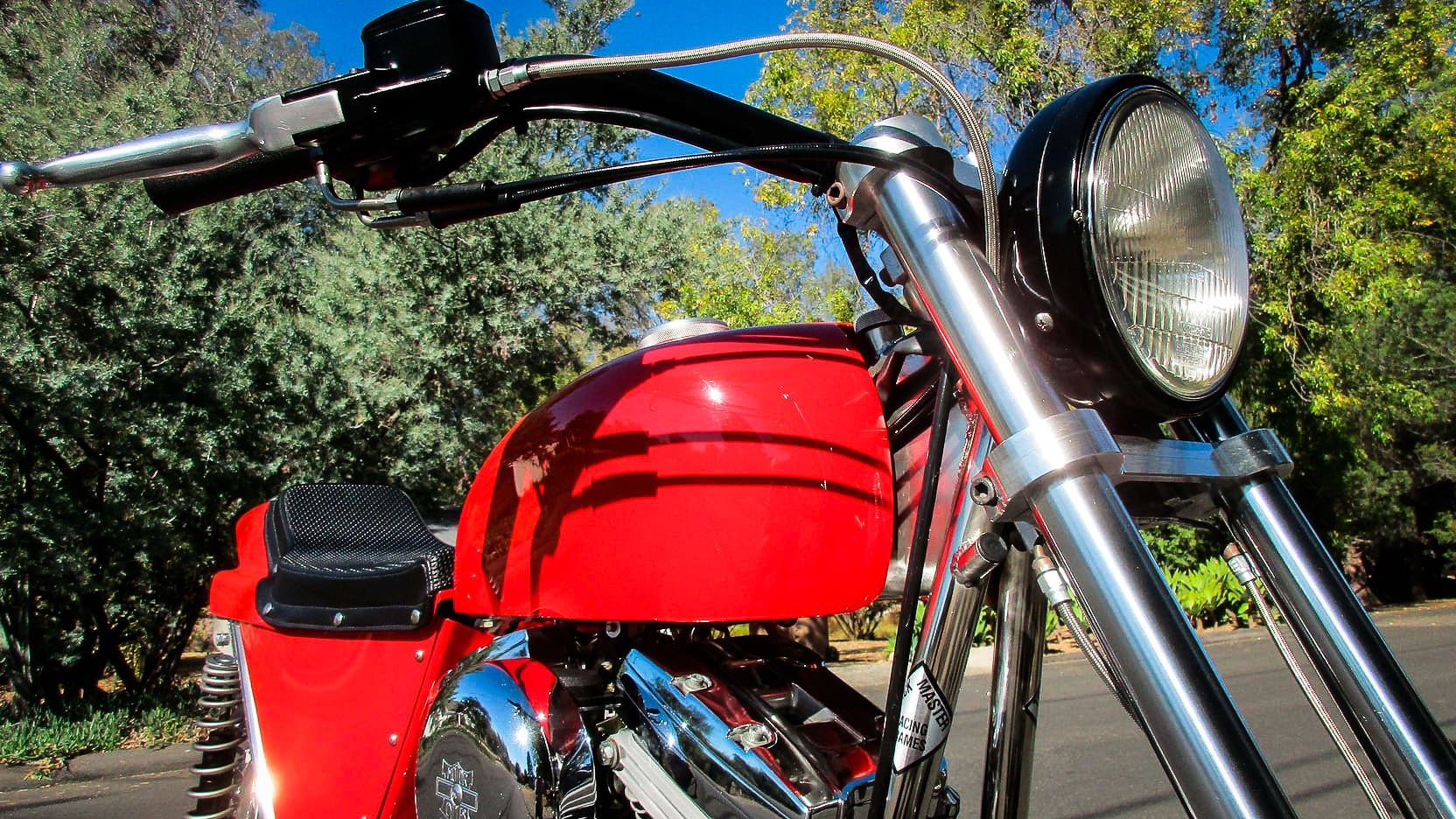