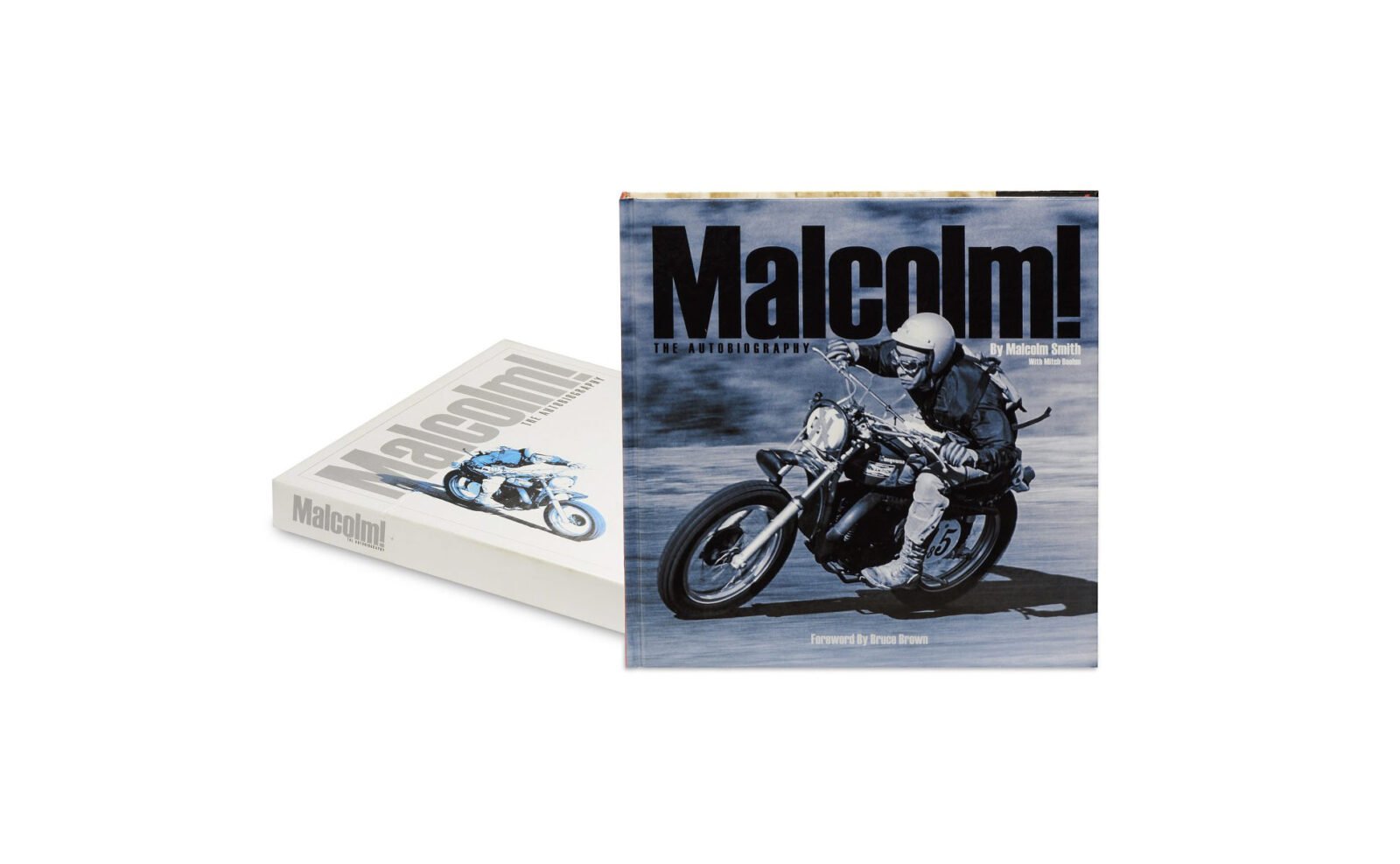 Malcolm! The Autobiography is the only official record of one of America’s finest motorcyclists – Malcolm Smith. It’s difficult to condense the life of a man like Malcolm down into a blurb, so I’m not going to try – I’ll just give you a few of the highlights.

Perhaps best known for his off road motorcycling, Smith first started out on a Lambretta scooter that he modified for off road use. His talent behind the handlebars was self evident and he quickly picked up factory backing from Husqvarna, for whom he won the International Six Day Trials 8 times between 1966 and 1976. Over the course of his racing career he also won the Baja 1000 6 times (3 on a motorcycle and 3 in a car) , he won the Baja 500 4 times, the Mint 400 twice and the Roof of Africa Rallye twice, as well as a win in the Atlas Rallye in Morocco.

Malcolm is most famous for his appearance with good friend Steve McQueen in Bruce Brown’s iconic motorcycle documentary “On Any Sunday“, he later appeared in “Naturally Free”, “Dirt”, “On Any Sunday II” and more recently, “Dust to Glory”. The book is stacked full of stories from Malcolm’s own typewriter, a feat he considers remarkable given how many knocks to the head he took over his career. 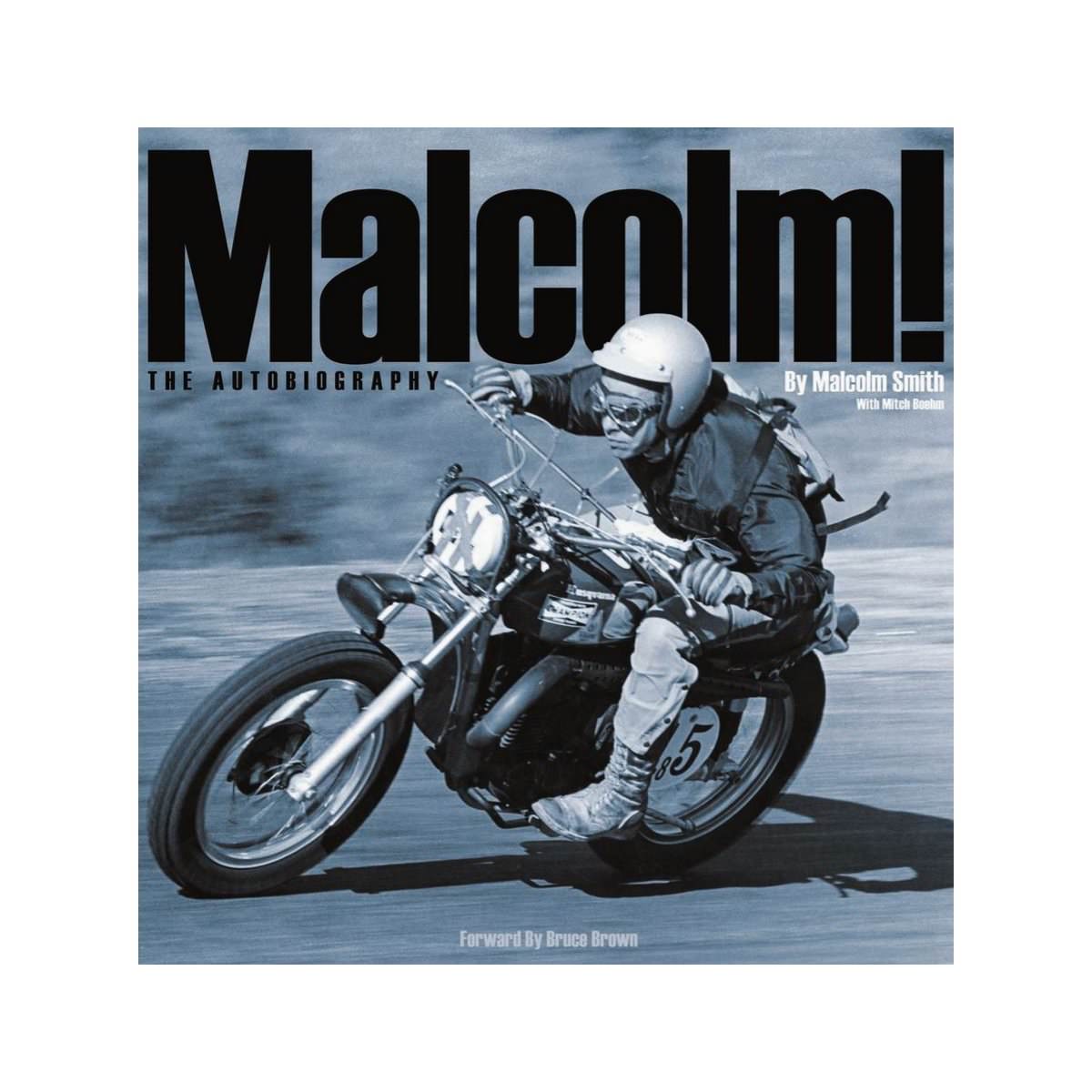 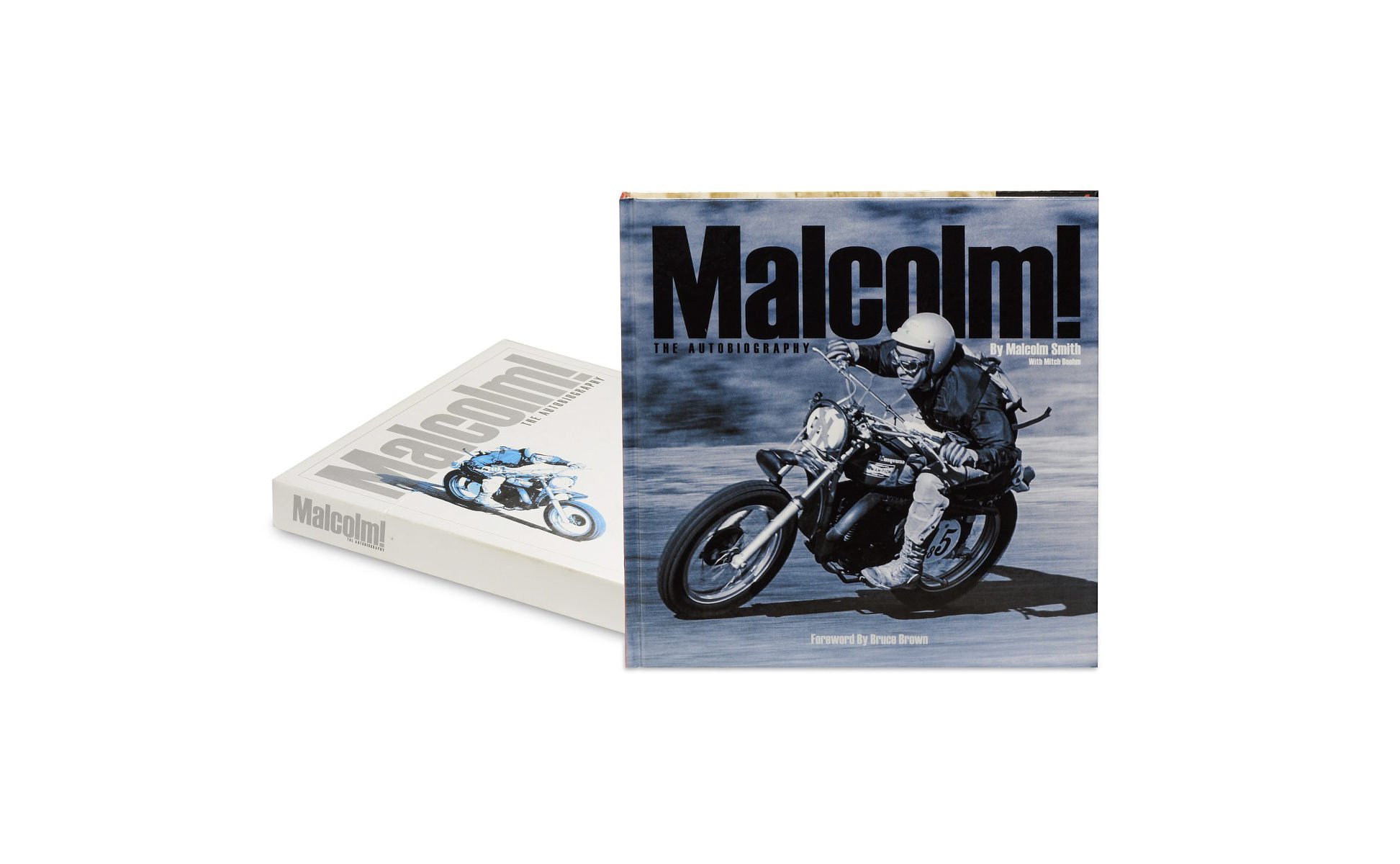