On Any Sunday Poster by Rustle of Silk 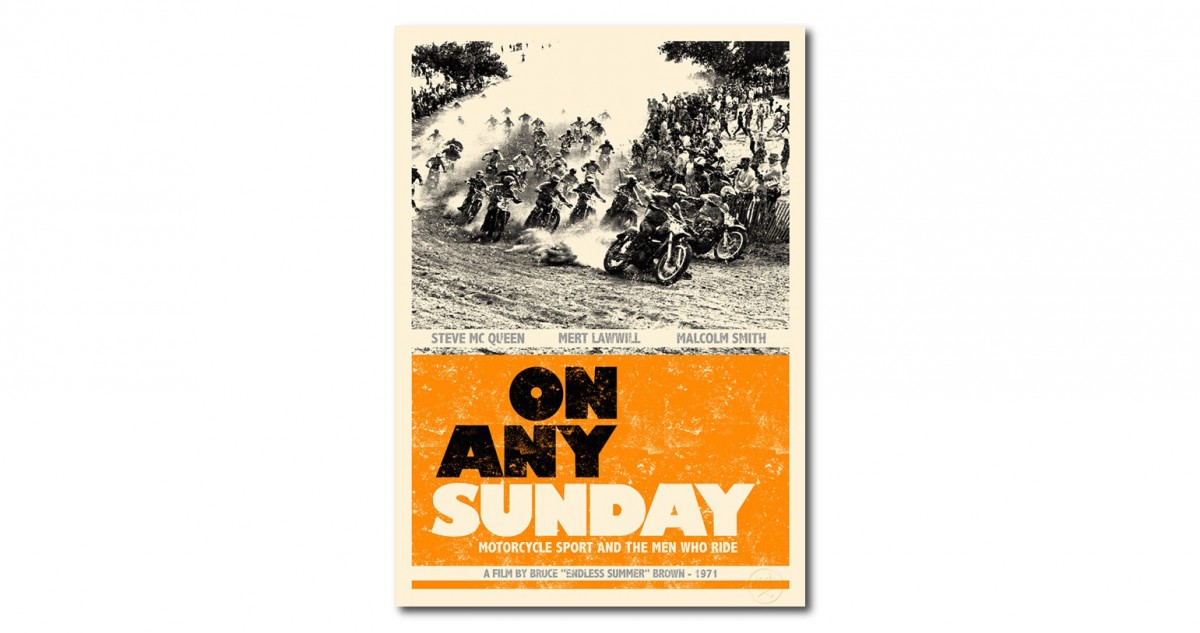 It’s been 43 years since Bruce Brown released his film On Any Sunday, it’s hard to know if he had any inkling how significant the film would become or how many millions of people would take up some variety of motorcycling after seeing the documentary, but it’s hard to deny that it’s become a cultural touchstone for generations of riders.

This On Any Sunday poster by Rustle of Silk is inspired by the early film promotional prints from 1971, each is printed on high-quality 300 gram paper and measures in at a sizeable 50cm by 70cm (20″ by 27.5″). The posters are individually hand-numbered and stamped before being sent out from the workshop in France. 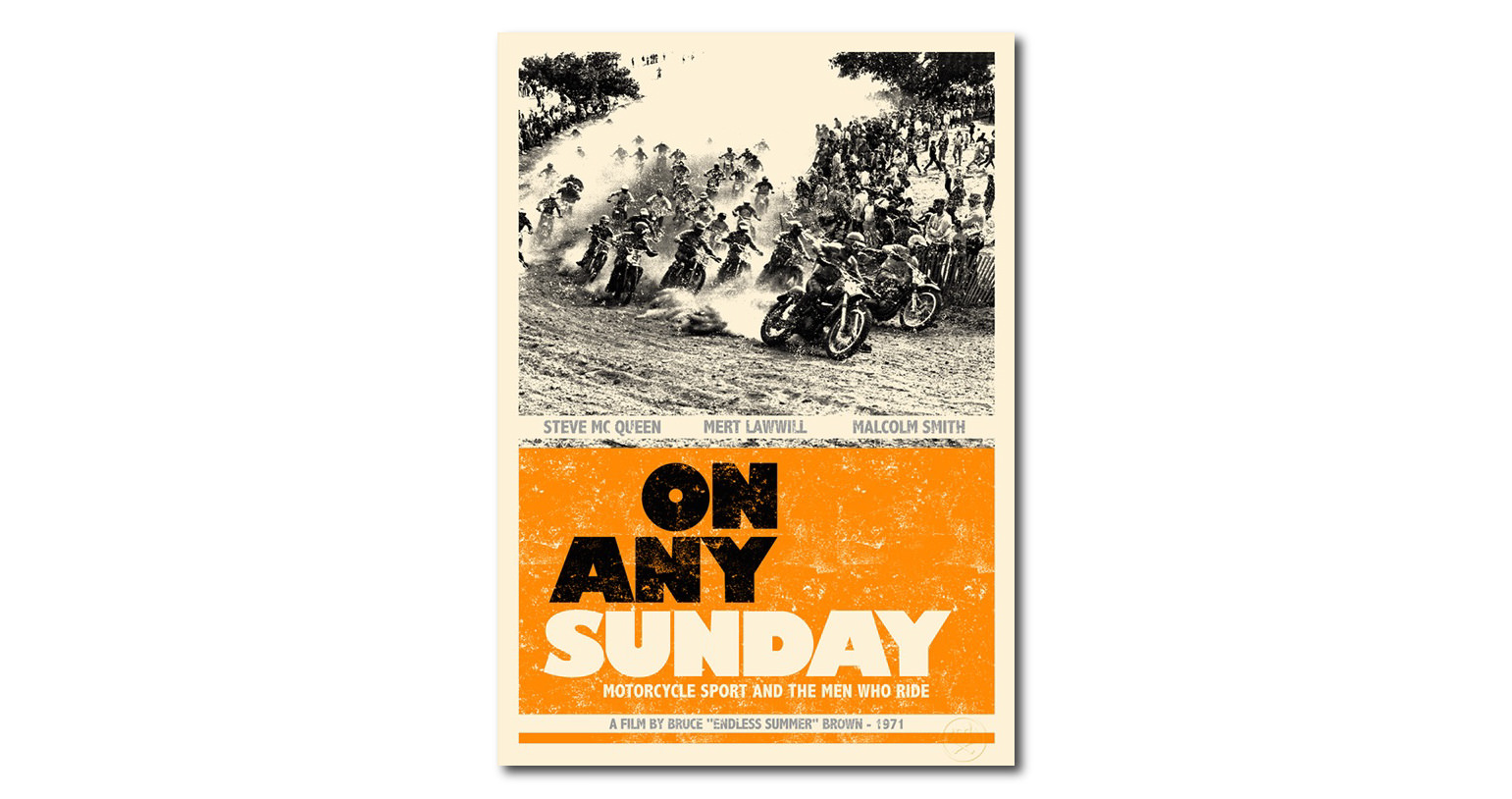