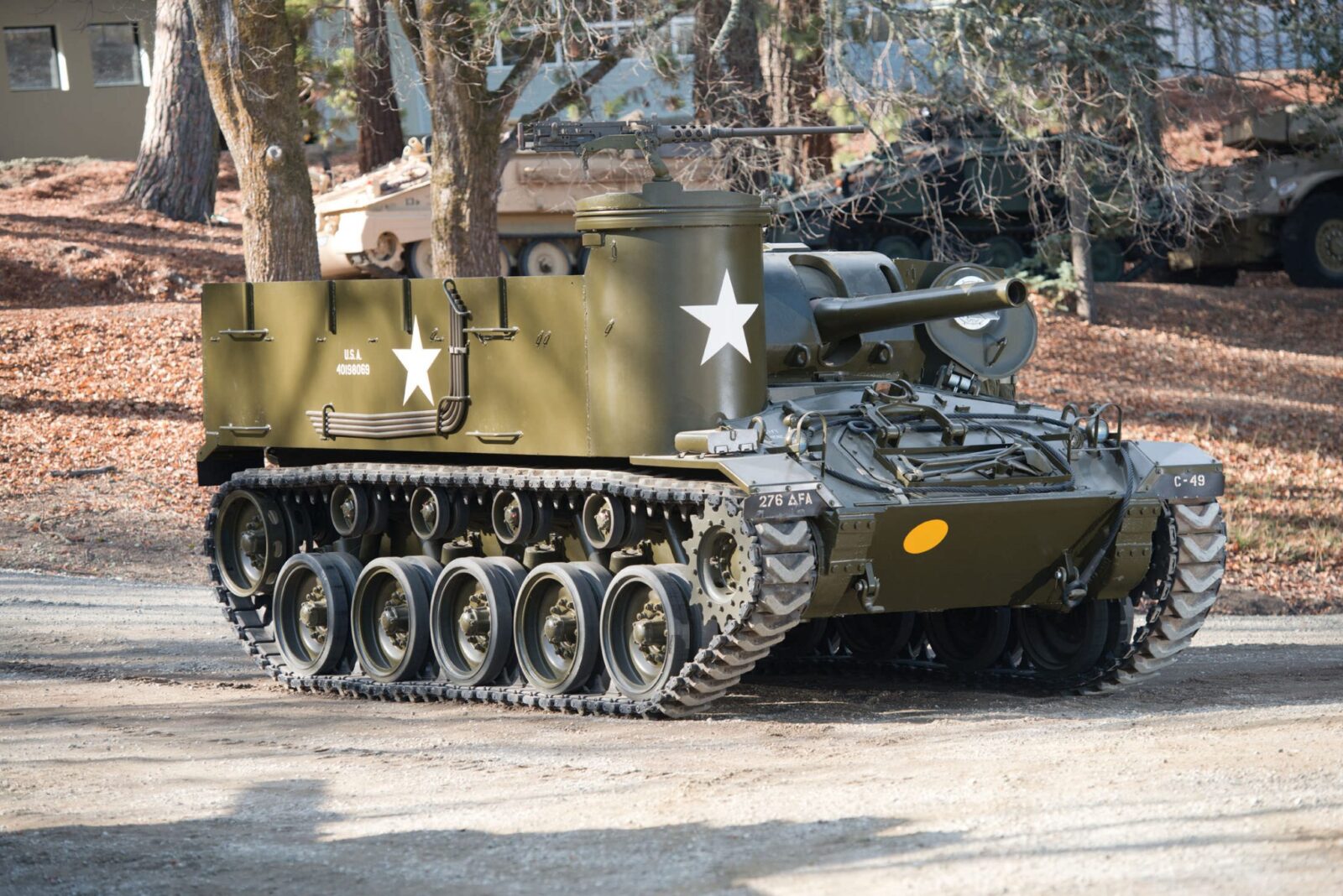 It isn’t every day you get the chance to buy a fully functioning M37 Tank with a 105mm Howitzer and a .50cal M2HB machine gun – both of which are 100% operational. The idea of owning a mobile Howitzer will be immediately attractive to anyone who finds the steering wheel mounted horn insufficient when dealing with text-messaging drivers.

With a total weight of 23 tons, a width of almost 10 feet and a crew capacity of 7, the M37 would make a hell of a weekend offroader – the only possible issue would be the price, estimated at between $200,000 to $250,000. The M37 is powered by twin Cadillac Series 44T4 16 cylinder (8 per engine) powerplants producing 220hp in total (110hp per engine), these diesel engines produce enough torque to wrinkle the Earth’s crust and although the tank only has a top speed of 35mph, it’ll do 35mph through any terrain you point it at.

After almost being sent off for scrap metal in the early 1990s the M37 pictured here got lucky – it was picked up by MVTF and given a full nut and bolt restoration in ’93/’94. It’s now considered to be one of the best surviving examples of the M37 in the world and one of the only operational M37s with functioning guns.

If you’d like to sell your studio apartment and buy it, it’s due to be auctioned off on the Auctions America The Littlefield Collection Auction on the 11th and 12th of July 2014 and you can click here to view the official listing. I’ve added the official description below for those who would like to read a little more about it. 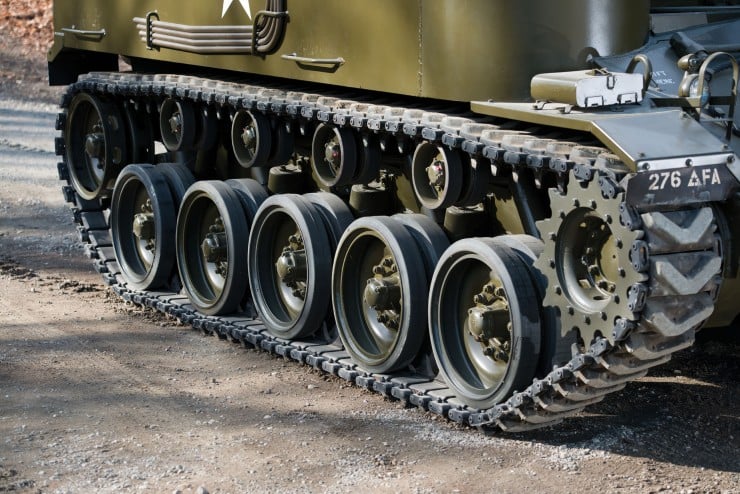 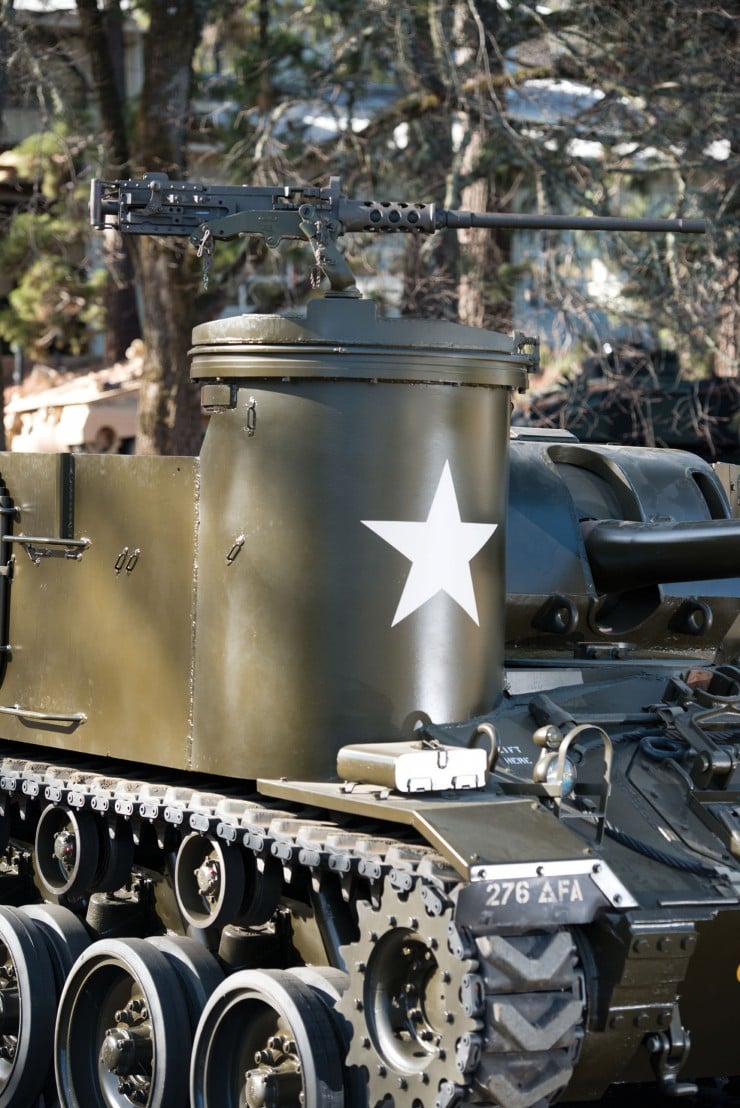 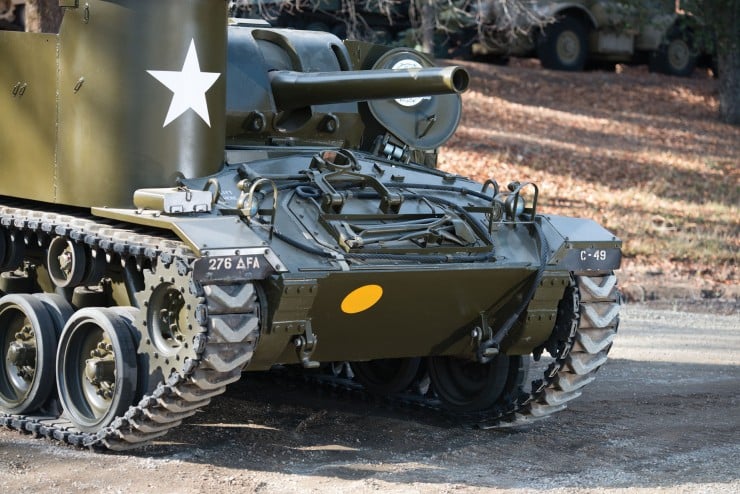 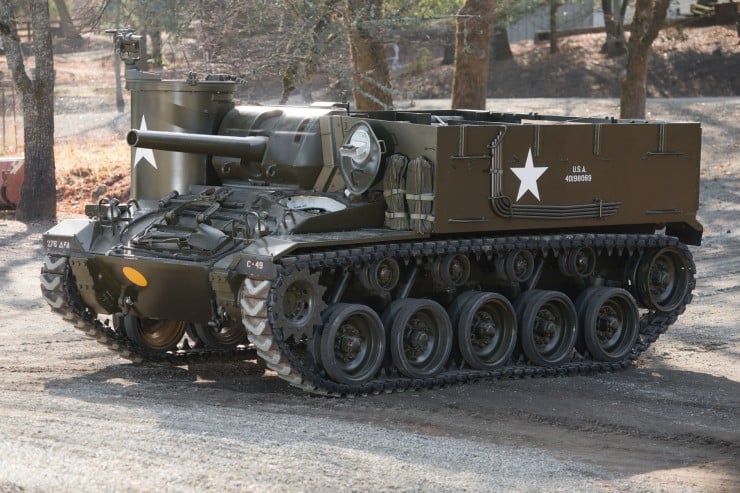 The vehicle being offered, M37 105mm HMC, serial number 115, was built in October 1945 by American Car and Foundry. It was used as a training vehicle at Fort Knox until the mid-1950’s after which time it was sent to Sioux City, IA for display. It was sold for scrap in 1989 in very poor condition. A complete and thorough restoration of the M37 took place at the MVTF during 1994-95 with many parts being rebuilt or replaced. This M37 is beyond a doubt the best one in existence! Included with it are a full load 105mm howitzer round packing tubes. It was last driven in January 2014.

The M37 105mm Howitzer Motor Carriage (HMC) was developed to improve upon the very successful M7 Priest 105mm HMC that was based on the M3/M4 medium tank chassis. Developed using the M24 Chaffee light tank chassis, the M37 provided significant improvements over the M7 including increased howitzer traverse, easier ammunition replenishment, lighter weight and a higher top speed. Standardized for production in January 1945, production didn’t actually begin until September 1945 and ended in October of the same year after a run of 150 vehicles was produced.

While produced to late to see action in World War II, the M37 HMC saw heavy service with U.S. Army field artillery units in the Korean War. After the Korean War ended, the M37 was phased out of service in favor of the M52 105mm HMC that was based on the M41 Walker Bulldog. M37’s were then exported to U.S. NATO allies including Spain. During the 1960’s and early 1970’s, they could be seen in Hollywood movies such as “Battle of the Bulge” and “Patton”. 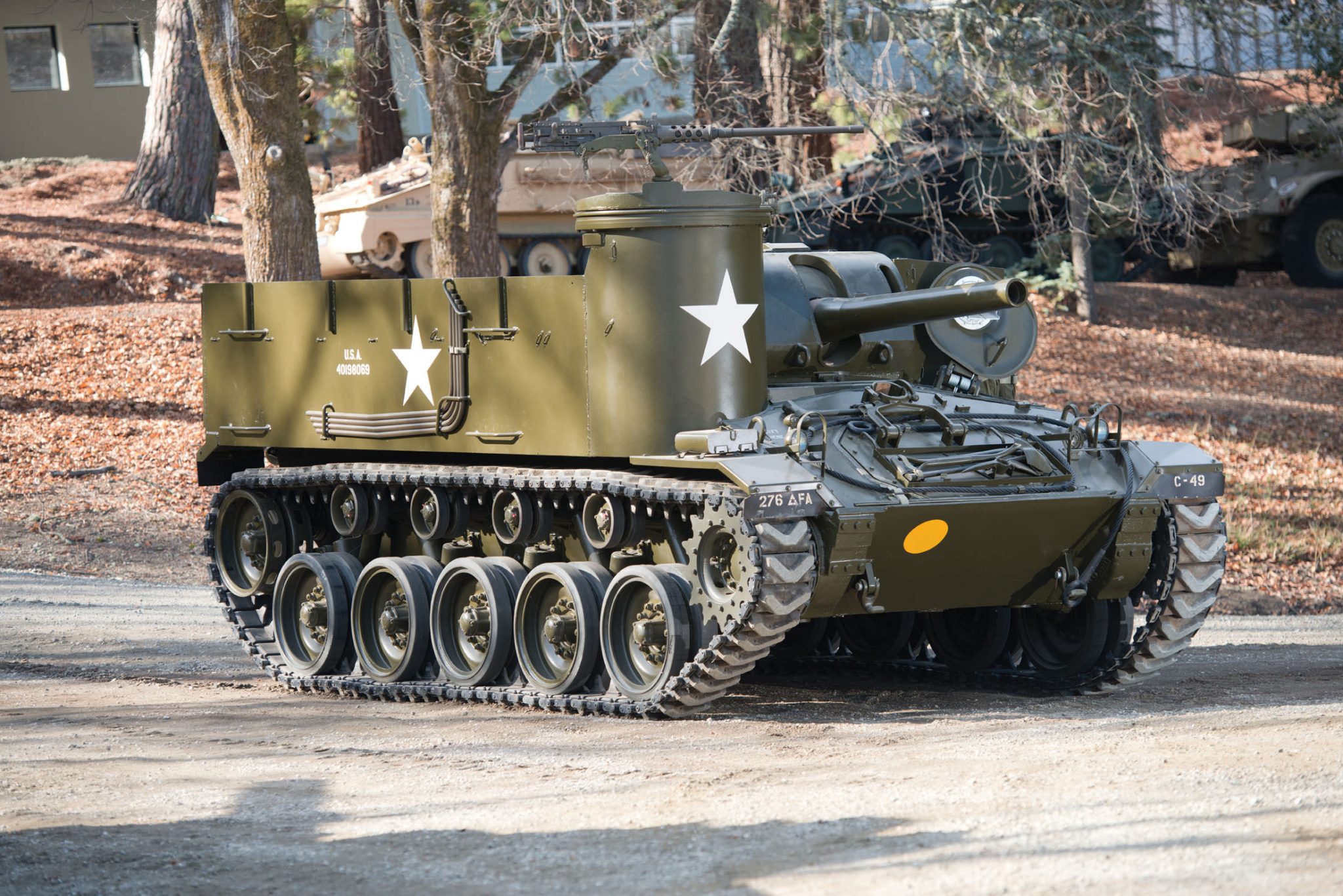