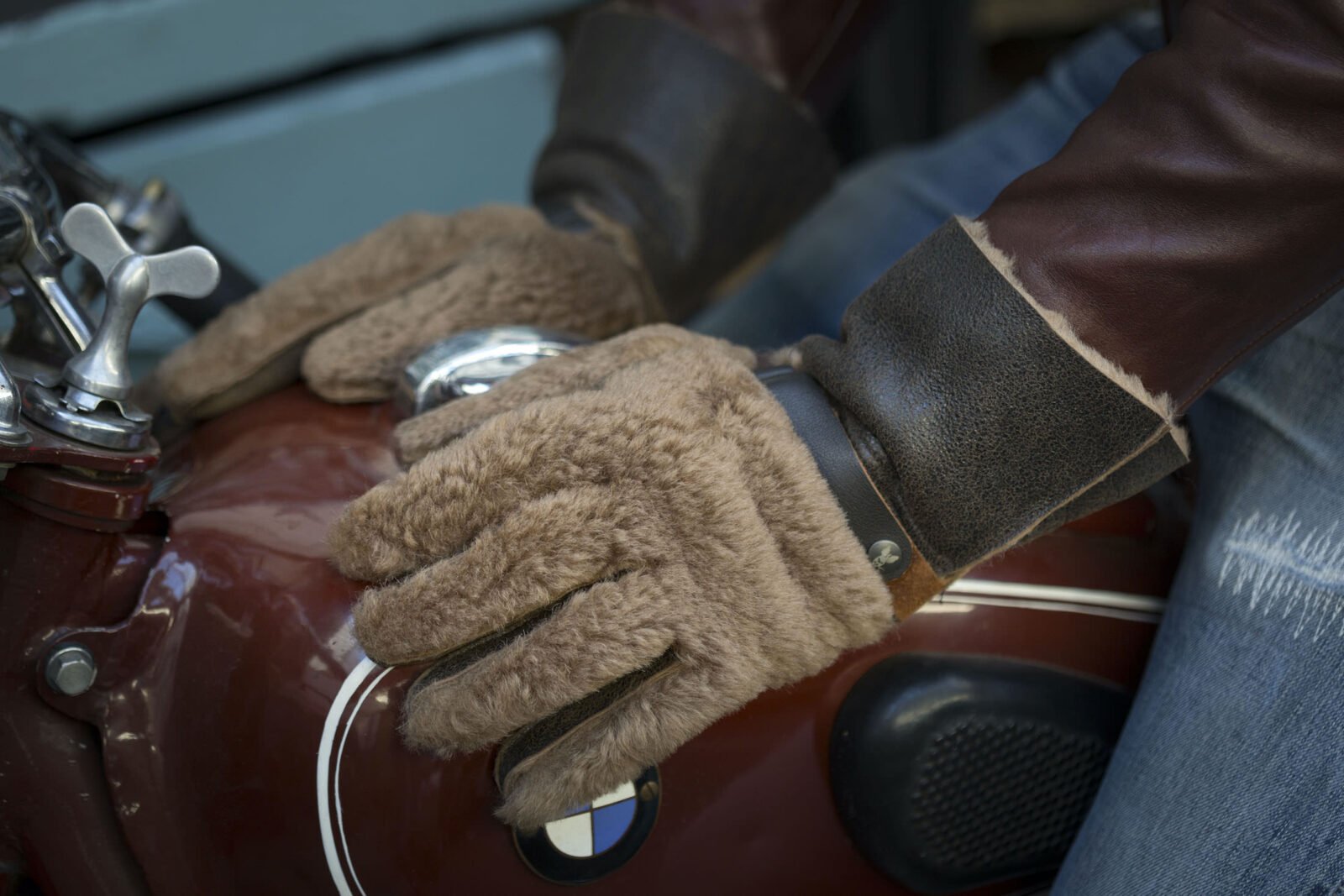 These are the Louis Charles motorcycle gloves by Christophe Fenwick, they were designed for winter use and developed in the style of the gloves and jackets worn by pilots and airmen of the Second World War, particularly the B3 bomber jackets.

Christophe Fenwick is the grandson of Louis Charles Breguet, for whom the gloves were named. Breguet was an important early aviation pioneer credited with critical work on early gyroplanes including the Bréguet-Richet Gyroplane quadcopter which looks a lot like a modern drone.

Louis Charles Breguet manufactured important aircraft for the war effort in both WW1 and WW2, and in 1980 he was inducted into the International Air & Space Hall of Fame.

The Louis Charles motorcycle gloves are each made by hand, 15 different steps and 3 hours of sewing are required for one pair of gloves, and as a result each order takes approximately four weeks to fill – as it’s made to order.

These gloves come in two colorways, hazelnut and vintage ebony, or black and vintage black. They’re made from shearling sheepskin with the wool still in place to keep the wearer’s hands warm when riding during the colder winter months.

Each pair has a long sleeve with an accordion pleat, a wrist tightening strap, and a nickel snap button to keep it secure. Sizing ranges from 7.5 to 10 and there’s a sizing chart on the website to ensure you get the right fit first time. 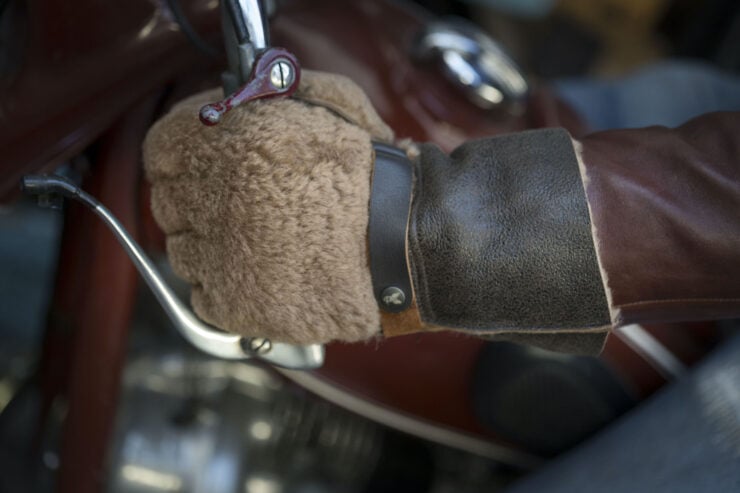