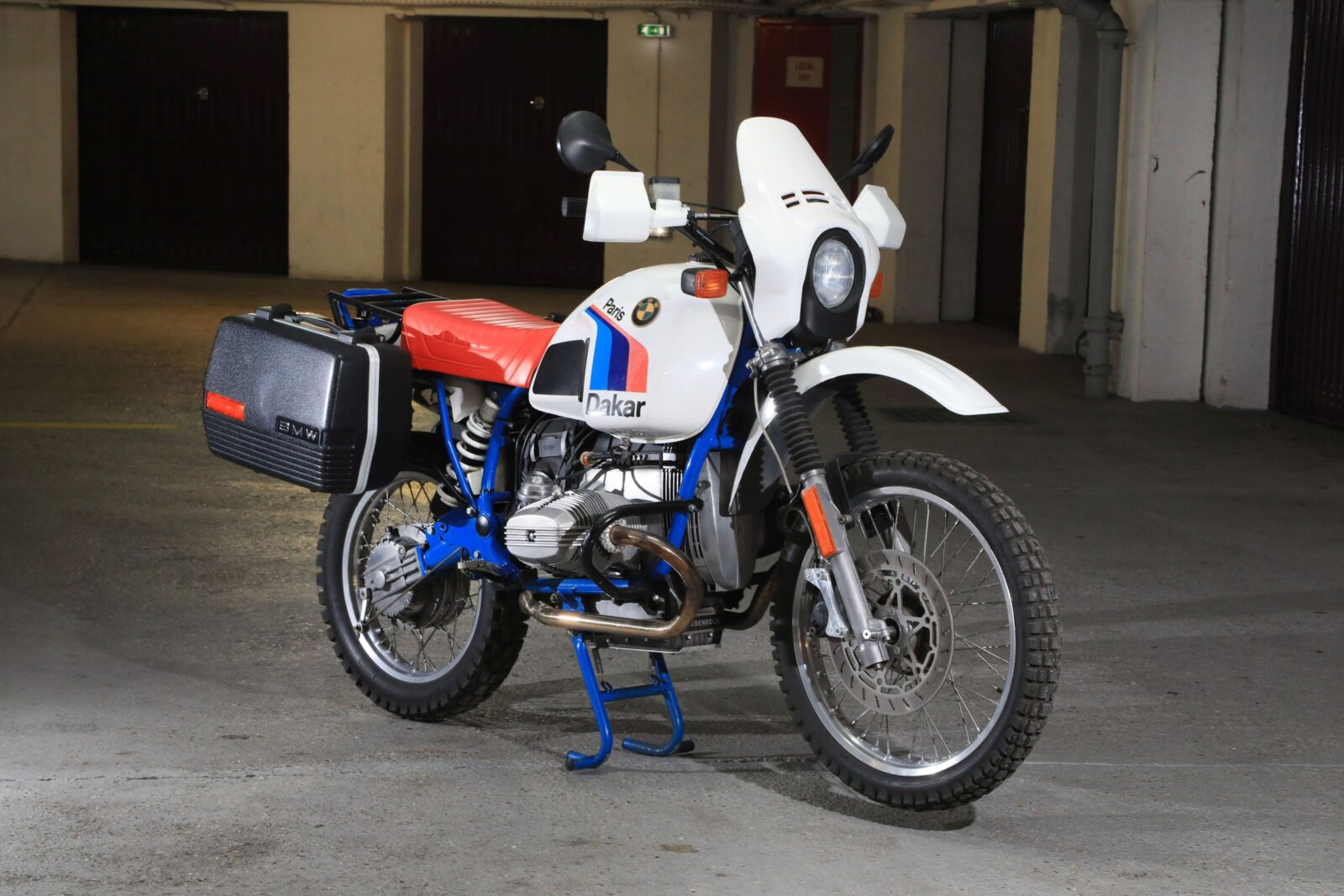 This is a rare 1985 BMW R80 G/S Paris-Dakar, just 200 were built to this specification in celebration of BMW’s continued success at the world’s toughest race – the Paris-Dakar Rally.

BMW released the BMW R80 G/S in 1980, it’s been described as the first true dual sport motorcycle – a motorcycle designed to work well both on road and off. The “G/S” in the name stands for the German words Gelände “offroad” and Straße “street”.

It’s doubtful that BMW realized in 1980 just how much of a milestone the R80 G/S would prove to be, they’ve now sold well over half a million G/S motorcycles across dozens of models over the past 40 years, and other manufacturers have sold hundreds of thousands of their own take on the dual sport genre.

The R80 G/S was created almost by accident by engineer Rüdiger Gutsche, he created a specially adapted BMW R75/5 and used it to compete in the International Six Days Trial, one of the toughest off-road motorcycle competitions in the world. 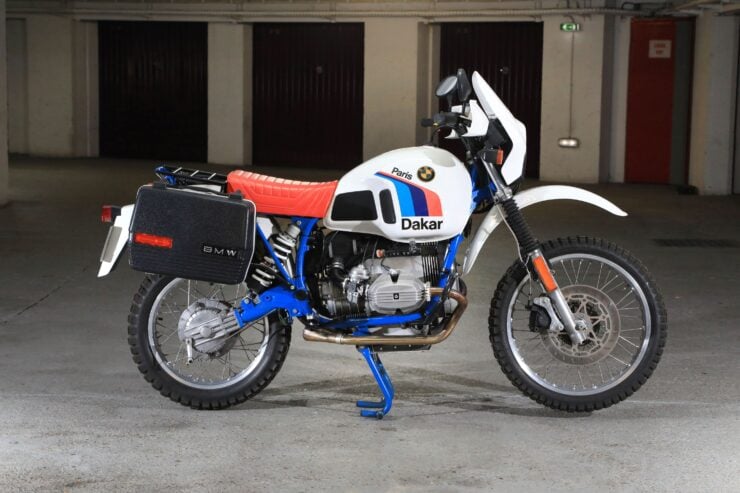 Above Image: The special Paris-Dakar version of the BMW R80 G/S has been much copied, but only few originals still exist.

These successes forever cemented the R80 G/S into the annals of motorsport history, but perhaps more importantly it showcased the abilities of the model to a generation of motorcyclists, and as a result the R80 G/S and its successors were ridden to almost every country in the world by intrepid motorcycle adventurers.

When designing the R80n G/S BMW had used tried and tested parts from their current production motorcyles, this reduced development costs but it also meant BMW engineers already knew the parts inside out. They used a version of the 797.5cc BMW type 247 R80 engine, this was fitted to a BMW R65 frame that had been modified to accommodate the power unit. 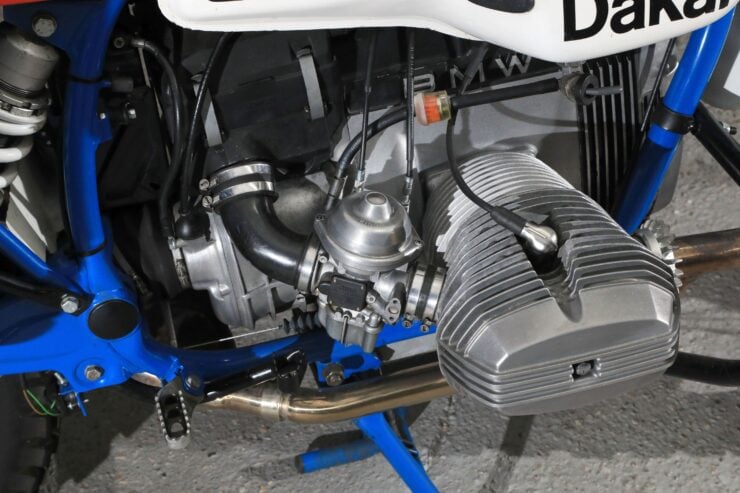 Above Image: The horizontally-opposed twin has the heads out in the clear airflow for optimal cooling.

The type 247 engine is a two-cylinder horizontally opposed twin, it’s an air-cooled, carburetor fed motor famous for its reliability and toughness. The frame and swingarm were modified to allow a single-sided monoshock rear suspension, BMW called it the “monolever”, and it proved both stiffer and lighter than the previous twin shock absorber set up.

Power was rated at 50 hp and 41 lb ft of torque, the bike tips the scales at 186 kgs (410 lbs) wet. This power was sent to the rear wheel via a 5-speed transmission through a driveshaft in a sealed tube, this eliminated the issues inherent with exposed chain drive motorcycles when ridden off road, particularly in deep desert sand.

The R80 G/S used relatively standard telescopic forks up front, with off road fenders, a headlight fairing, and styling that was instantly recognizable to any motorcyclist.

The most desirable version of the bike was released in 1985 and offered for one year only, it’s thought that approximately 200 were sold, and today they’re much sought after by collectors. These bikes are recognizable by their big 7 imperial gallon fuel tanks (32 litres or 8.4 US gallons) fitted with twin petcocks, and all were signed by Dakar winner Gaston Rahier. 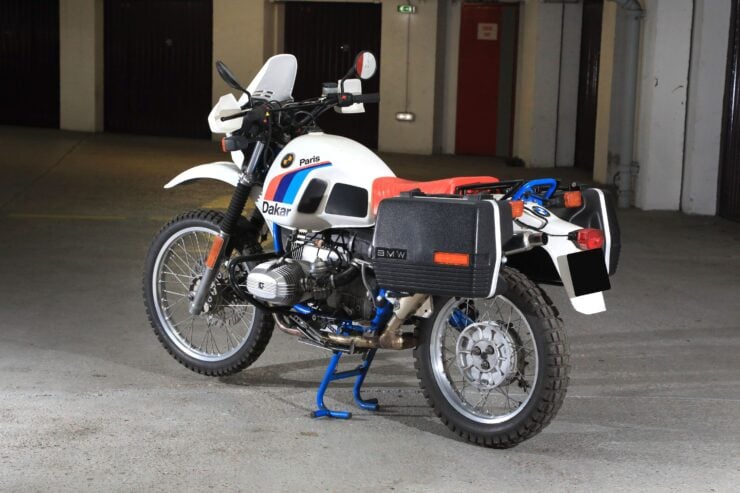 Above Image: The single-sided swingarm and monoshock set up was called the “Monolever” by BMW.

The 1985 BMW R80 G/S Paris-Dakar you see here is an original, not one of the many that was later converted. Finding authentic examples of the original R80 G/S Paris-Dakar can be difficult as so many have been pieced together in garages over the years, and they’re often passed off as the real thing.

Importantly the bike comes with a BMW certificate of authenticity proving that it’s a real factory built R80 G/S Paris-Dakar, and it has an extensive history file.

If you’d like to read more about it or register to bid you can click here to visit the listing on Artcurial, it’s due to roll across the auction block on the 5th of February, there’s no reserve and the estimate is €30,000 to €50,000. 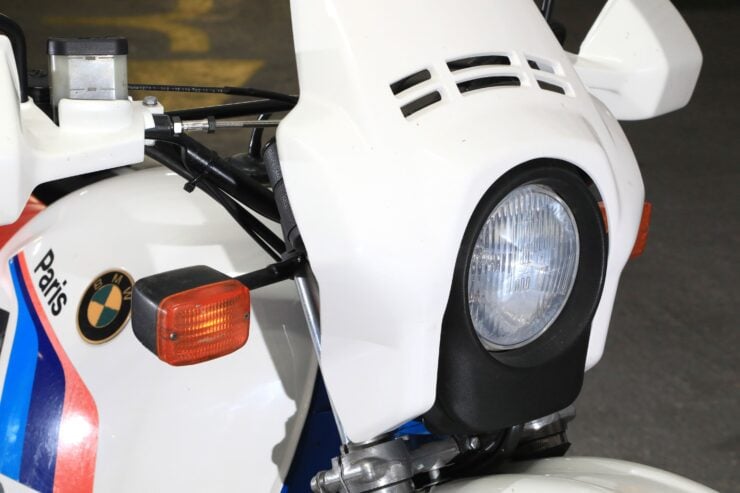 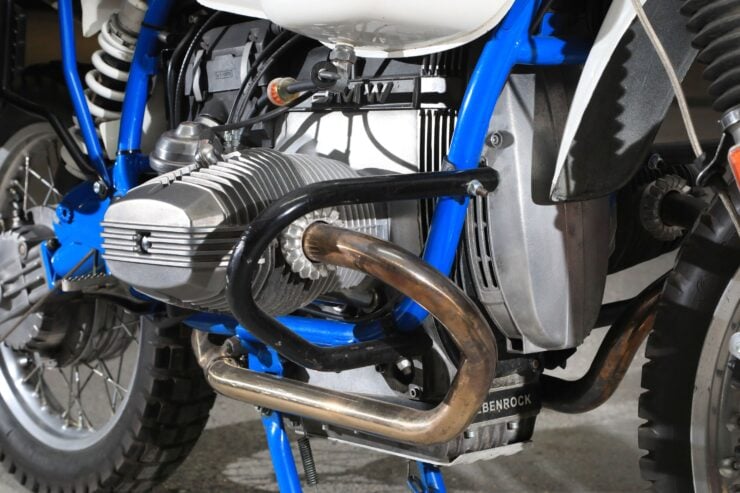 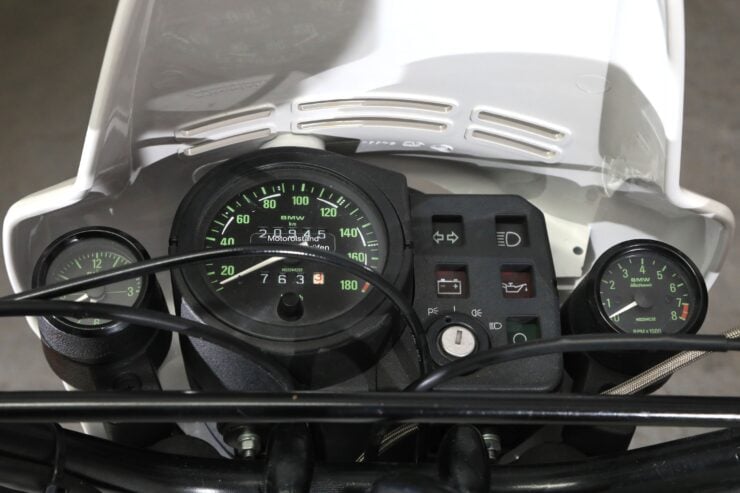 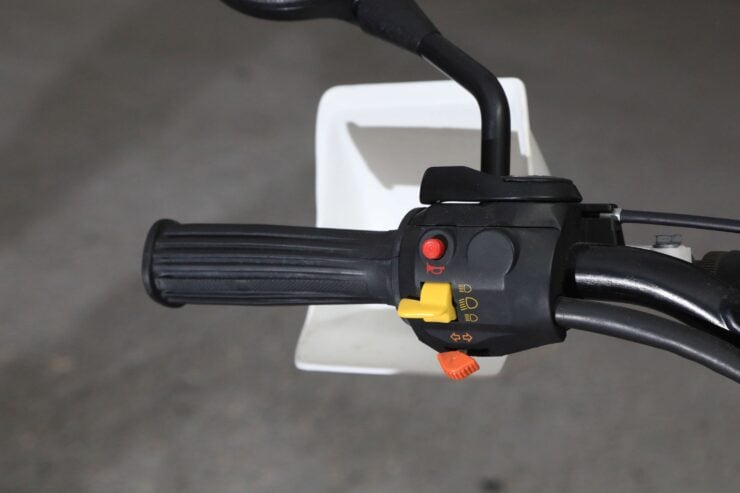 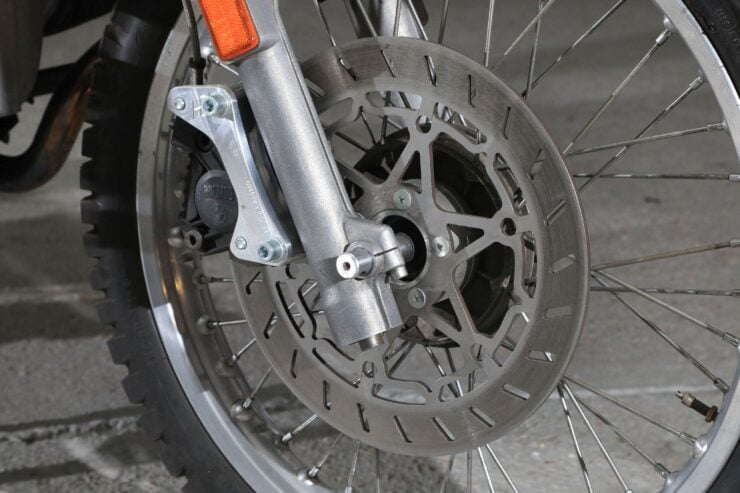 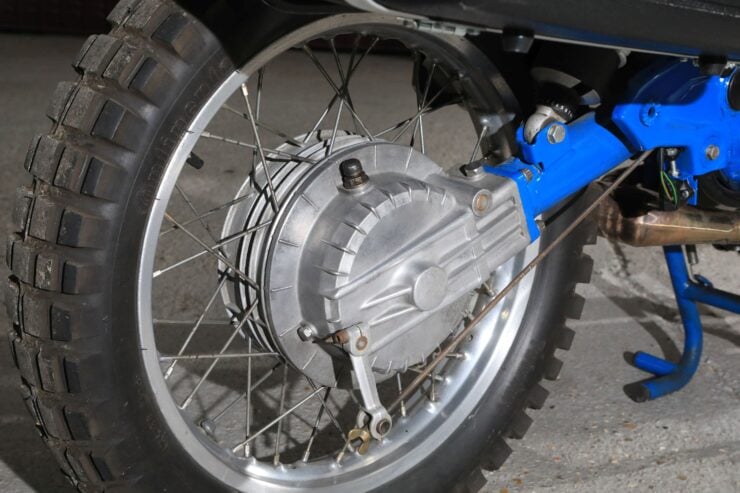 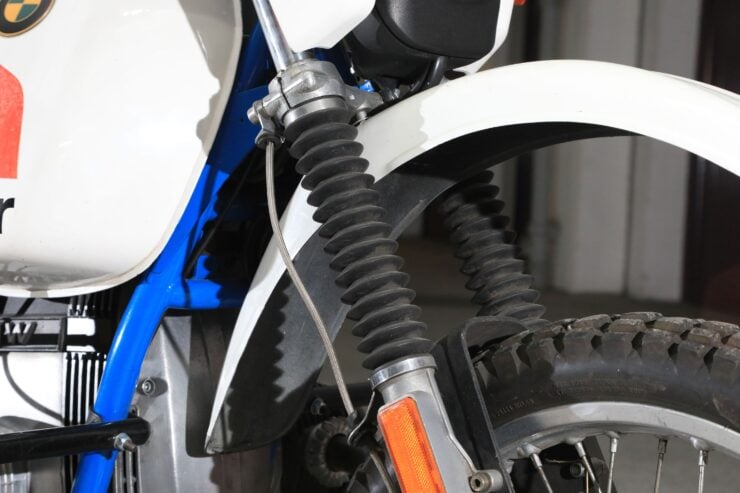 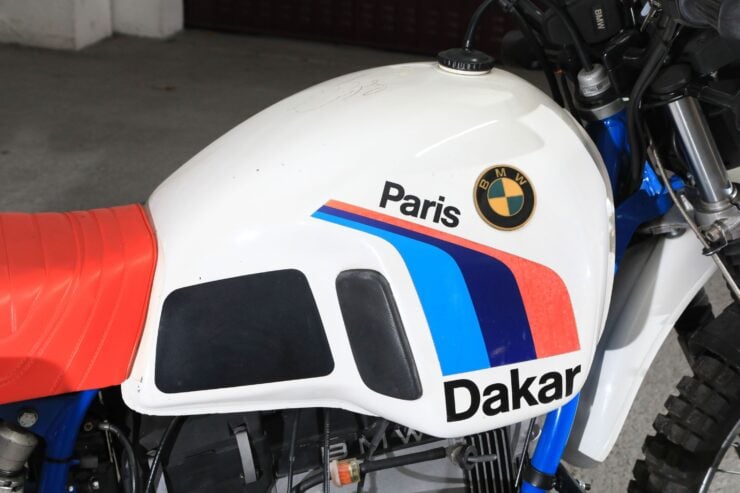 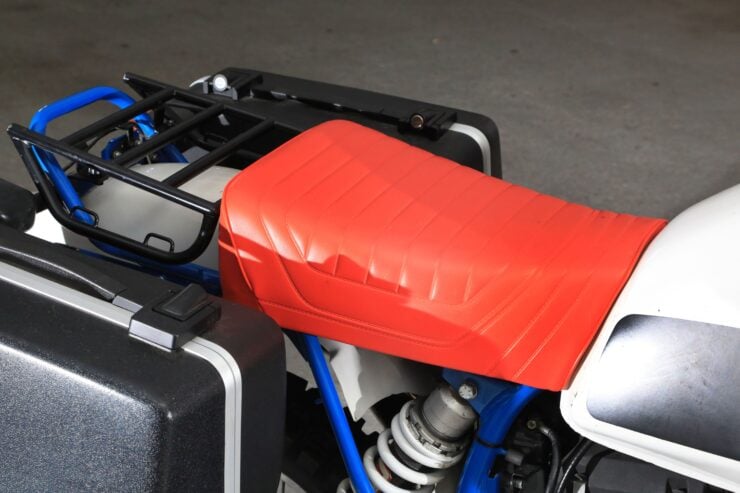 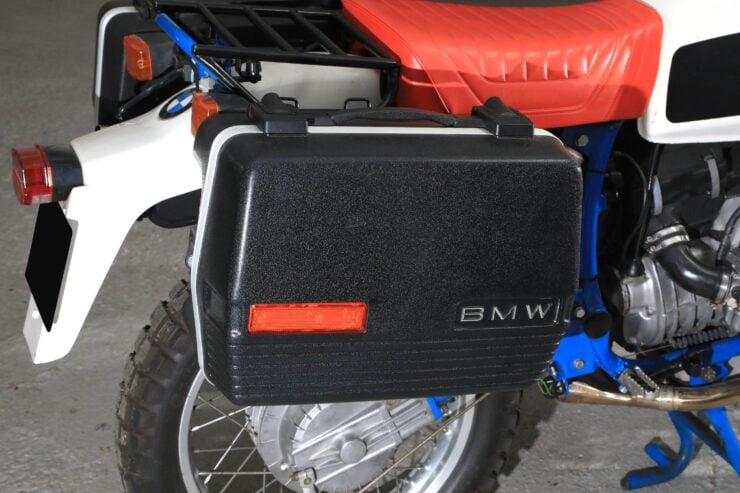 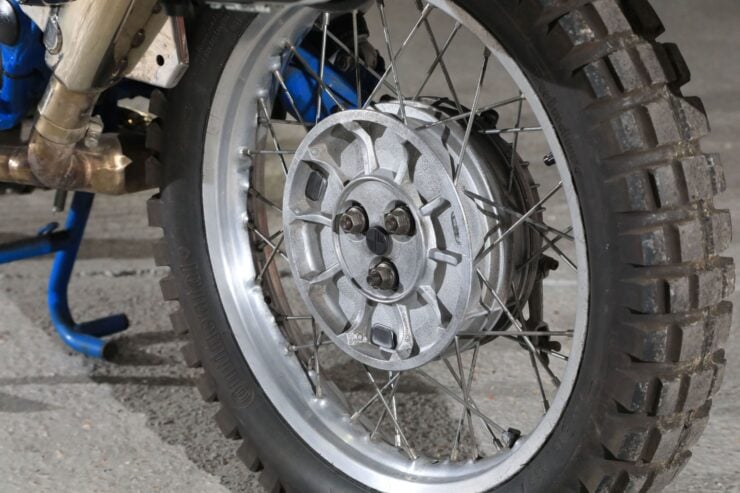 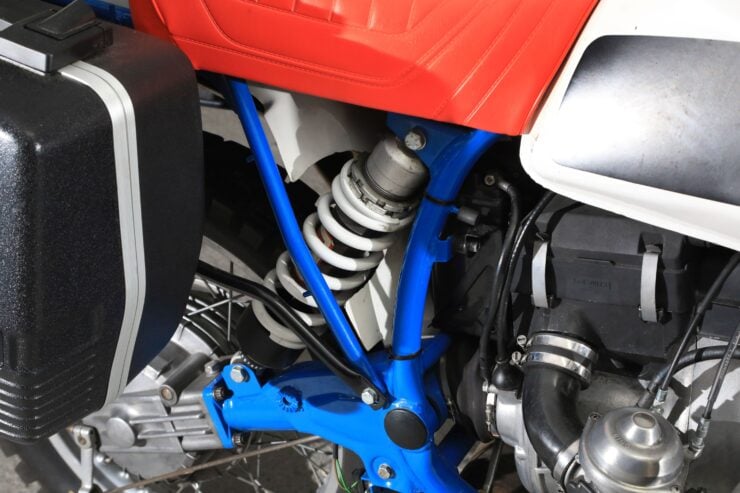