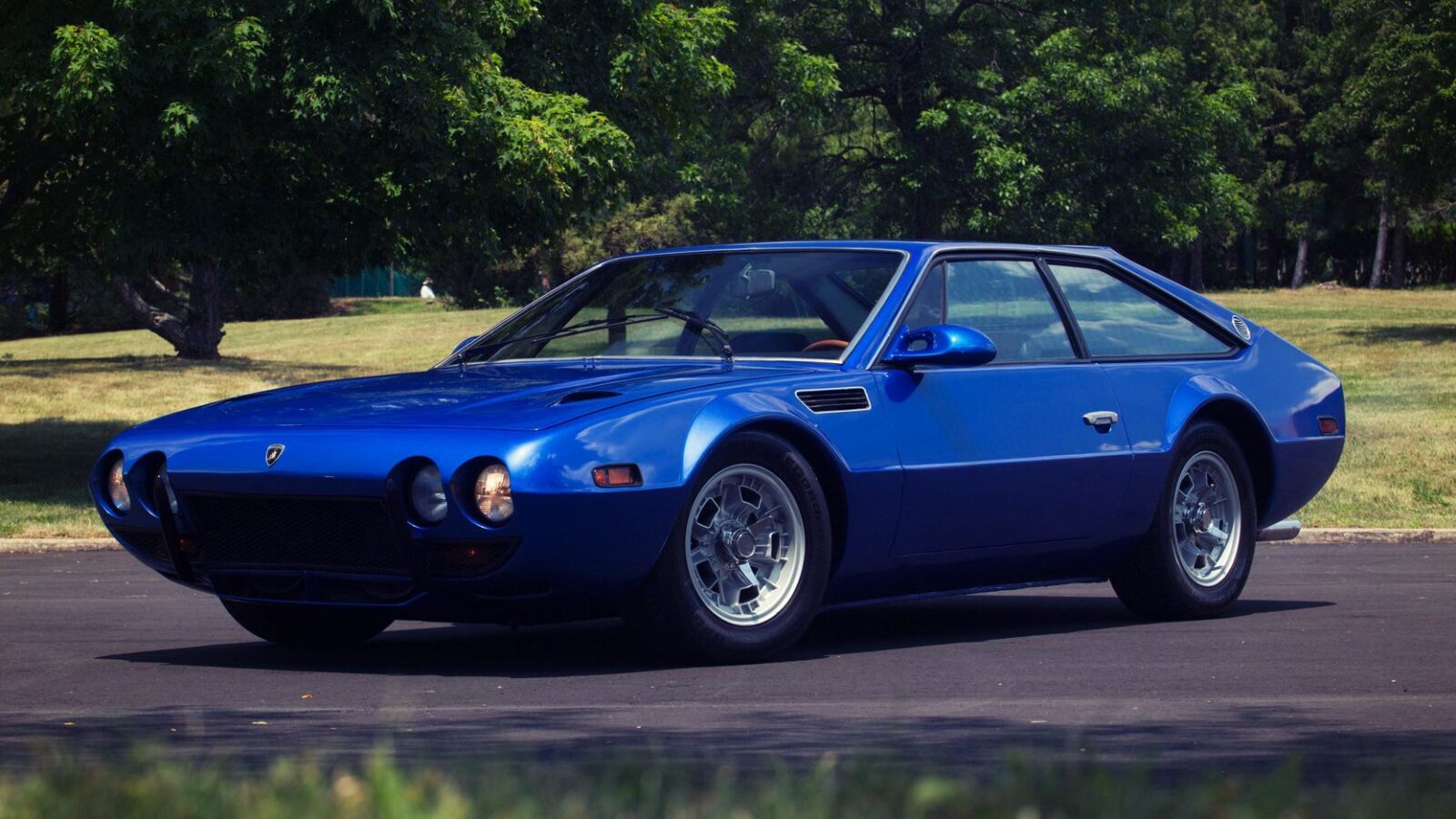 The Lamborghini Jarama is possibly the least well-known of all the models produced by the Italian marque since it started automobile production in 1964. This is most likely because it was overshadowed by the Miura, then by the Countach – the Jarama was a far less boldly styled motor car, with the engine in the front and a sensible 2+2 seating arrangement.

The tale behind the founding of Automobili Lamborghini is always worth telling, as it’s undoubtably one of the great true stories of the automotive world. In the early 1960s Ferruccio Lamborghini was a tractor manufacturer with a love for fast cars, and he ended up embroiled in an argument with Enzo Ferrari one afternoon when he had to bring his Ferrari 250 GT in for yet another replacement clutch.

Ferruccio explained that a stronger clutch was needed for all of the 250 GTs to properly handle the output from the V12, Enzo scoffed before telling him to go back to building his tractors – and leave the automobile design to him. This so enraged Ferruccio that he left Ferrari’s Modena factory and immediately set to work starting his own sports car company – and the two brands have been battling ever since.

In 1970 Lamborghini needed to redesign their Islero grand tourer to meet increasingly strict American safety standards. The wheelbase was shortened, a new body was designed by Marcello Gandini of Bertone, and a front-mounted 3.9 liter V12 with 350 hp was fitted.

Power was fed to the rear wheels via a 5-speed manual transmission, and with a kerb weight of 1,450 kilograms (3,197 pounds) the Jarama’s V12 could propel the car to thoroughly illegal speeds anywhere other than the Autobahn.

Ferruccio liked the Jarama so much he ordered one for himself and used it as a daily driver, he had chosen the name for the model personally as a reference to the Jarama bullfighting region in Spain – but it was commonly misattributed to the Jarama race track near Madrid.

After the Lamborghini Jarama had been in production for 6 years it was discontinued – and Lamborghini haven’t built a front-engined V12 since. Just 328 Jarama’s were built and they’ve existed in relative obscurity, however the increasing interest in vintage Italian sports cars has seen them begin to resurface as objects of desire.

The blue Jarama you see here is due to cross the auction block with Mecum on the 19th of August – and you can click here if you’d like to read the listing or register to bid. 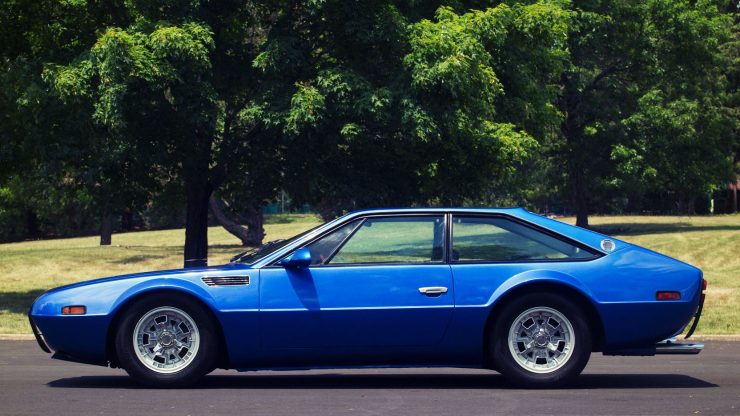 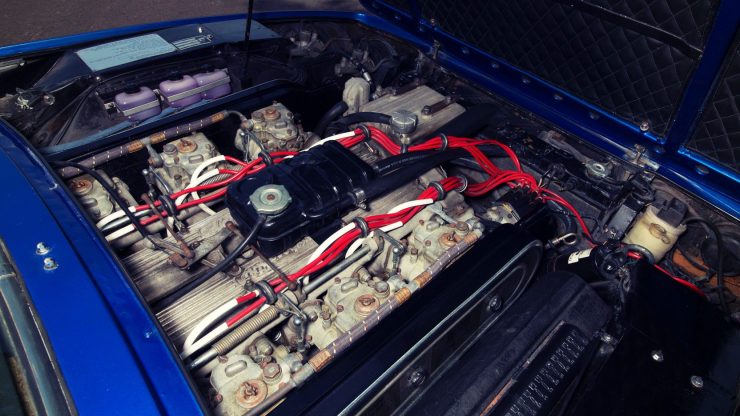 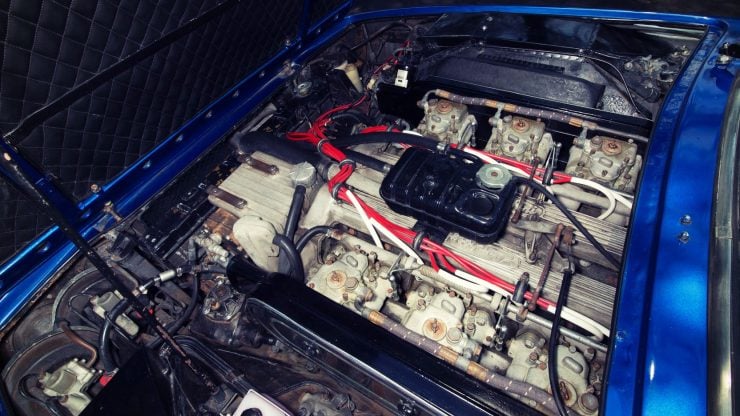 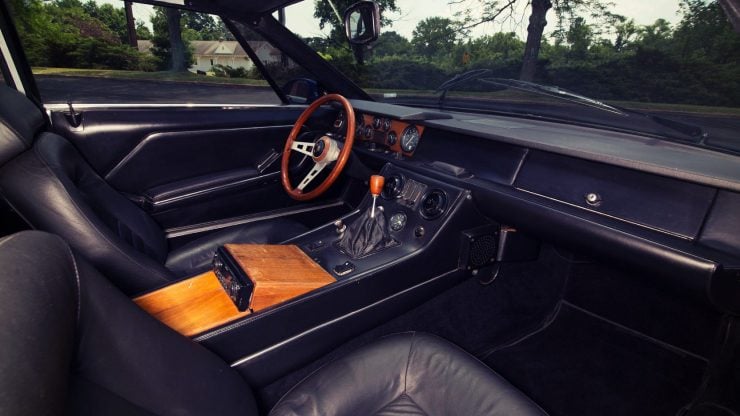 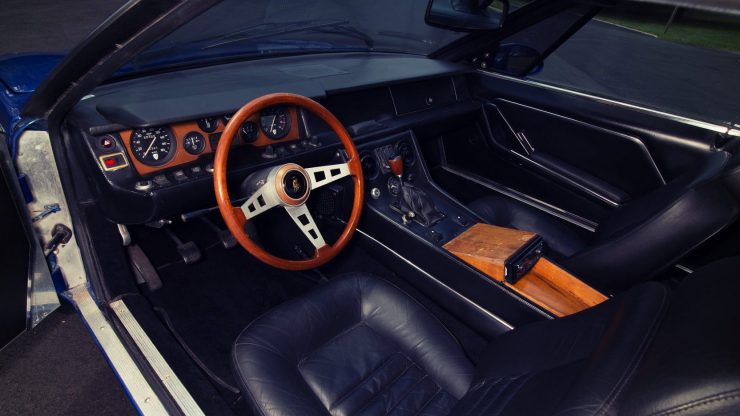 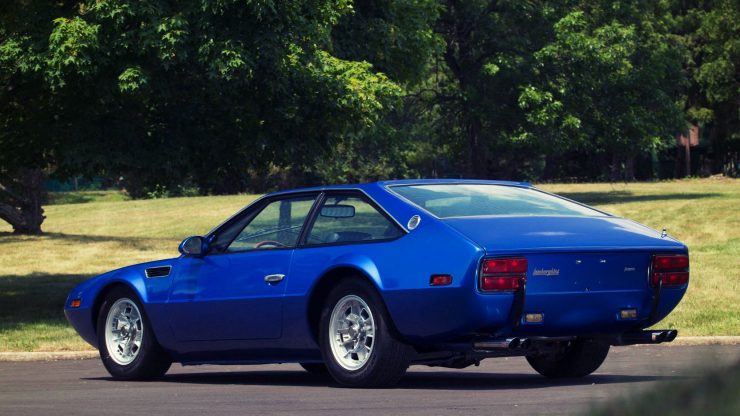 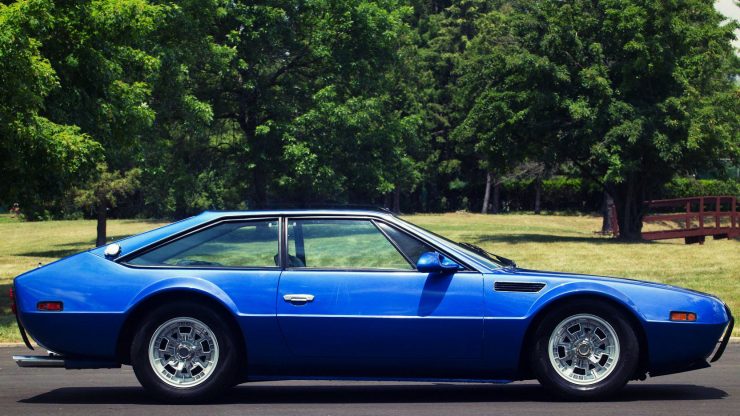 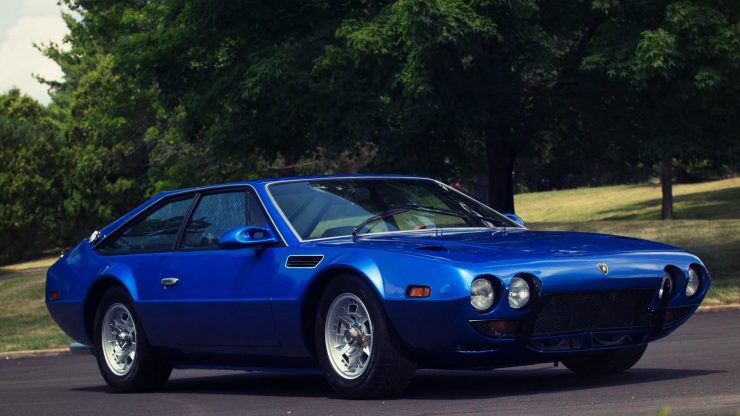 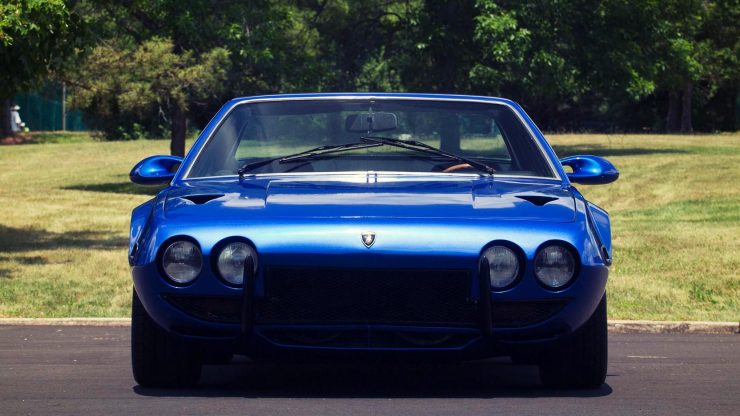 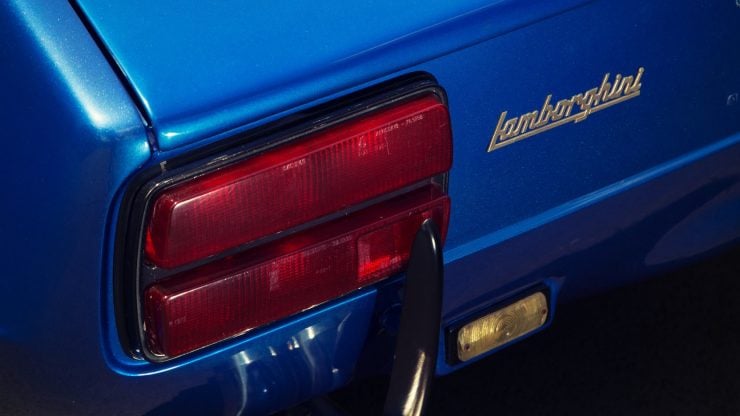 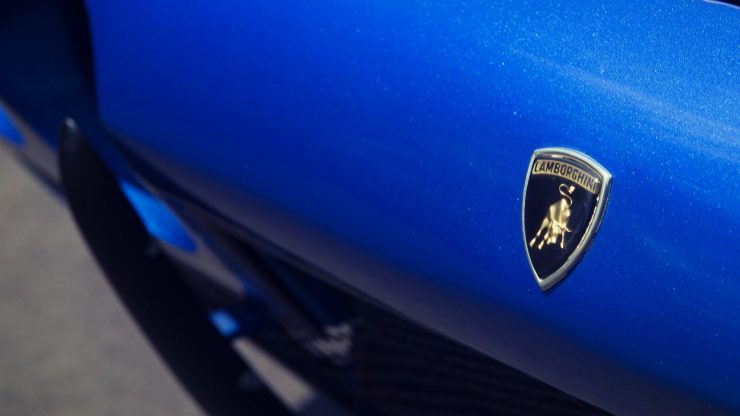 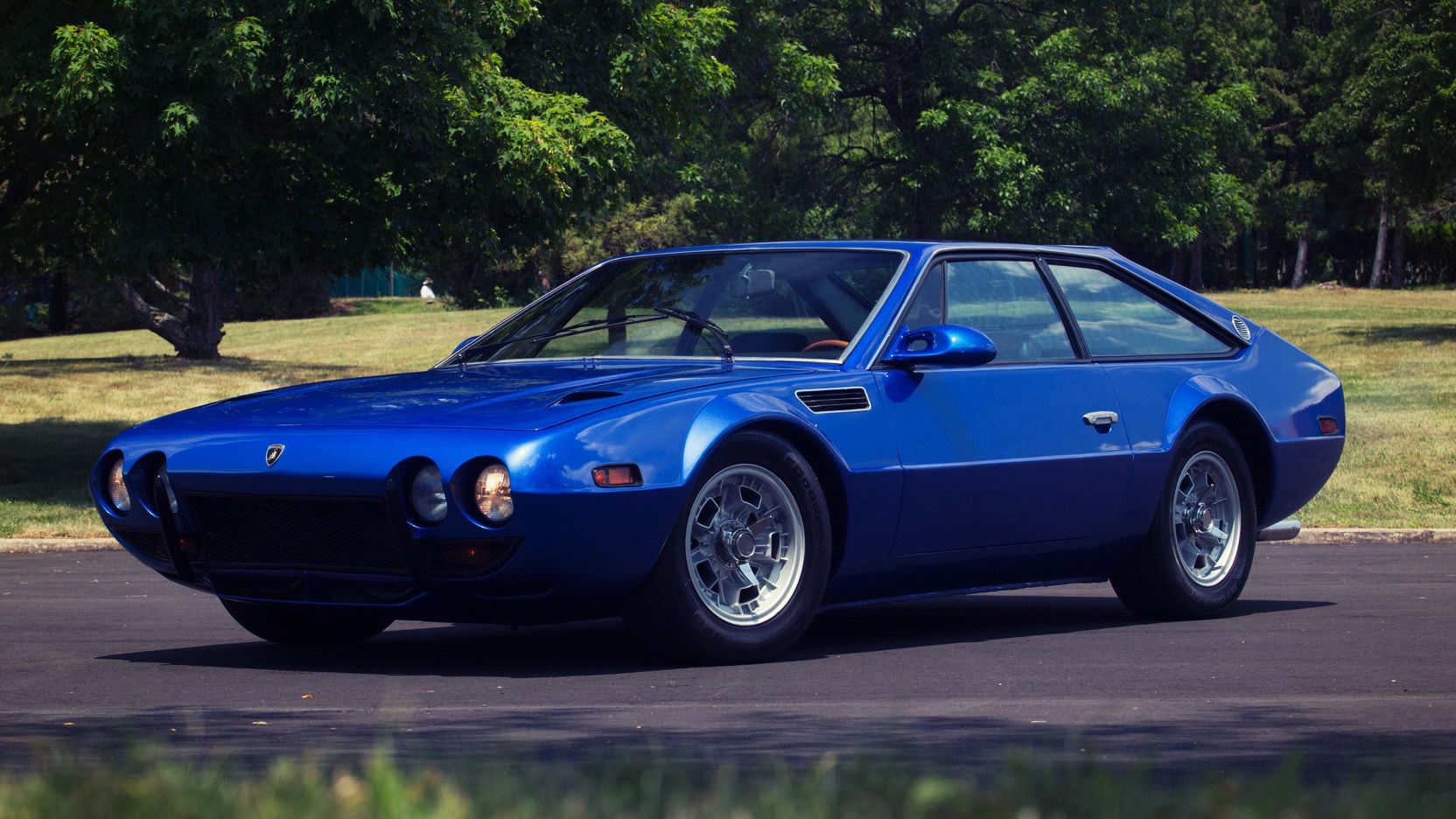