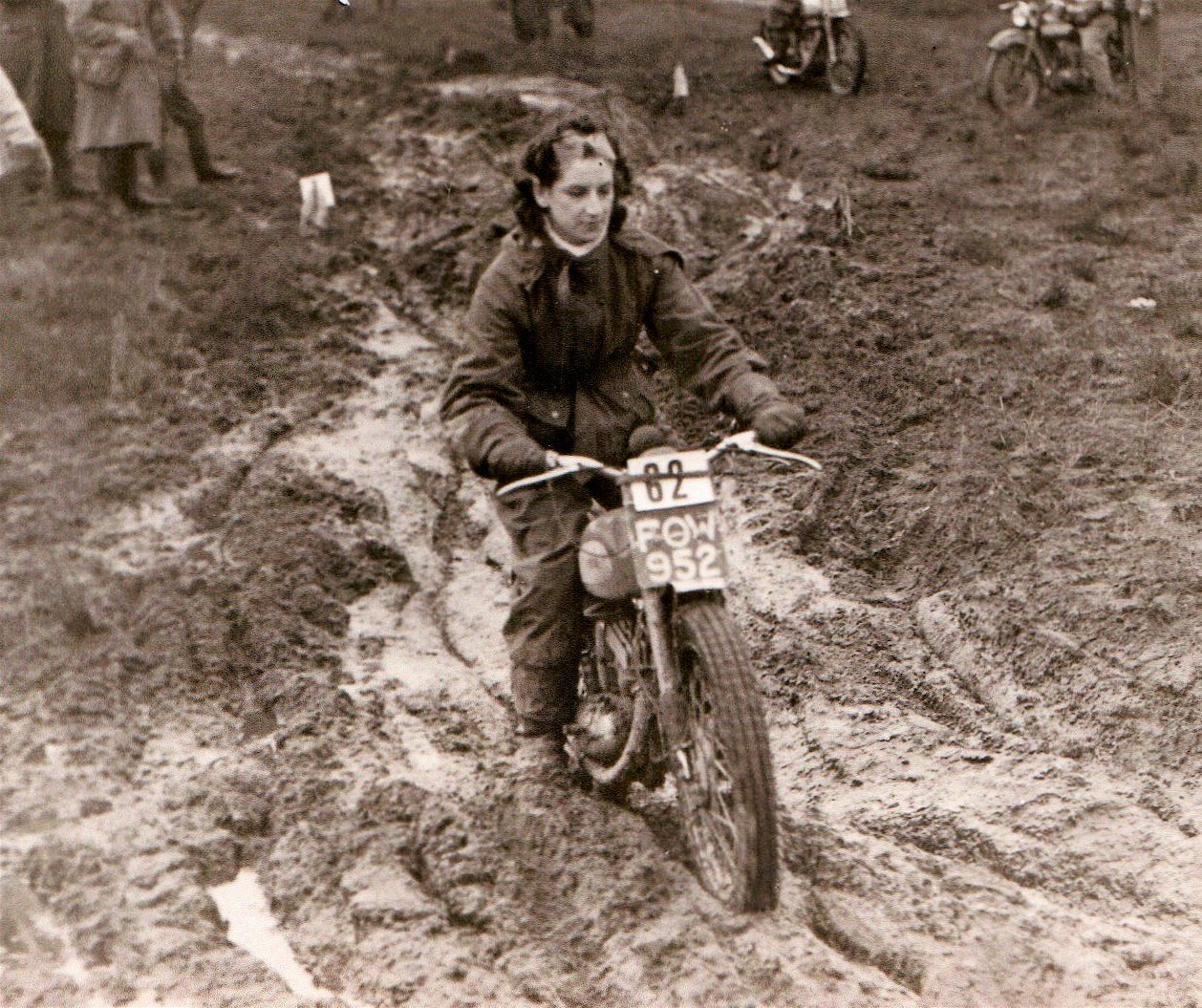 There’s something fantastic about seeing a woman carving her way through mud deep enough to swallow most men whole. The fact that she’s doing it on what appears to be a vintage 2-stroke only makes it all the better.