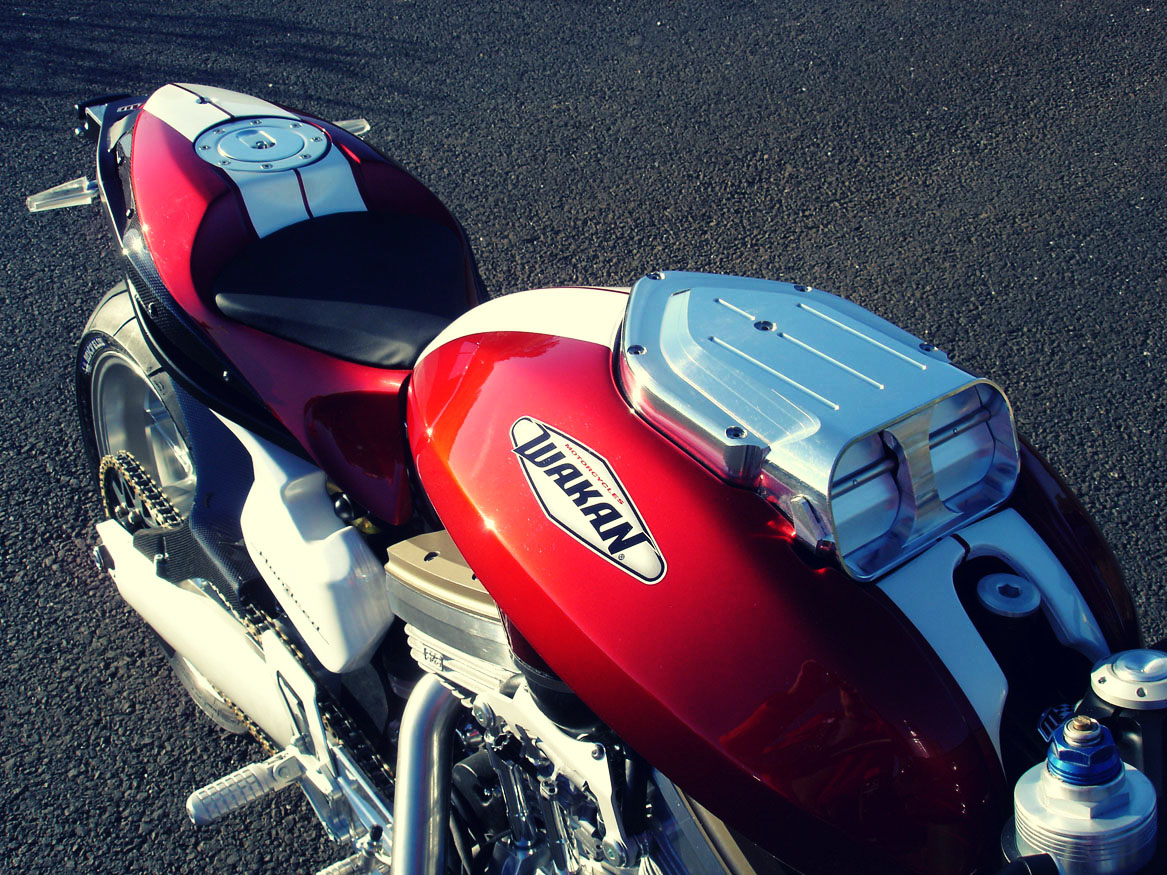 It isn’t often that you can accuse the French of out-Americaning the Americans. I think this is perhaps one such rare occasion. Meet the Wakan Motorcycle. If you’re unfamiliar with the brand you might be looking at the fuel tank on the bike above thinking “That looks like a ram air intake, but it couldn’t possibly be functional”, well, you’d be half right. It is functional.

That eye-catching ram air intake is connected to a carburettor mounted atop the engine, the tank that surrounds it doesn’t contain any fuel, that is kept in a tank under the seat to lower the centre of gravity.

The oil is contained in the frame, providing both cooling and again contributing to a low centre of gravity, the Wakan’s engine is an S&S V-Twin with a 1640cc capacity and it produces 120hp at 5750rpm with a top speed of 155mph (though Wakan stresses that this is in the lowest “state of tune”).

The team at Wakan have been building these 180 kgs rocket ships since the late 1990’s, they’ve been compared to both Buell and Confederate though they pretty clearly have a distinct style of their own.

Wakan only produces a small number of handmade motorcycles per year, if you’d like to get your hands on one, hit the link here. 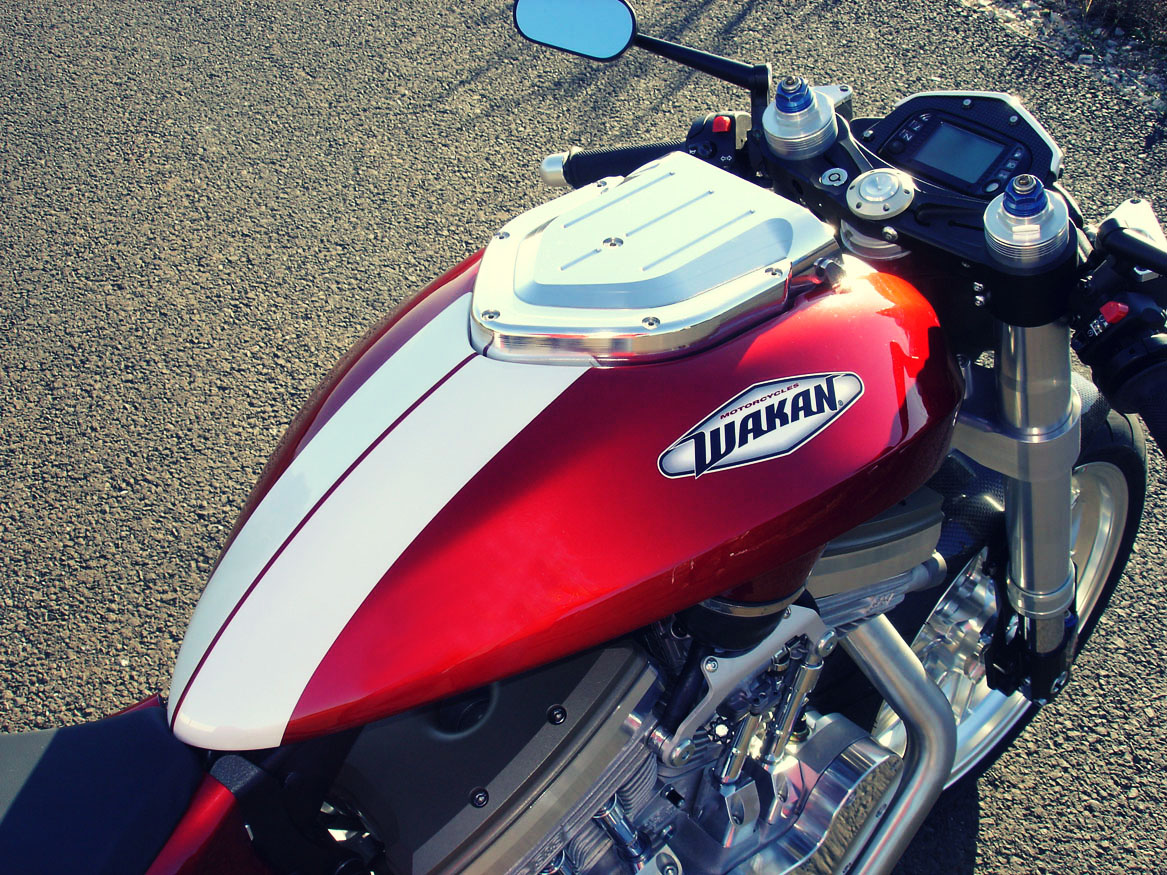 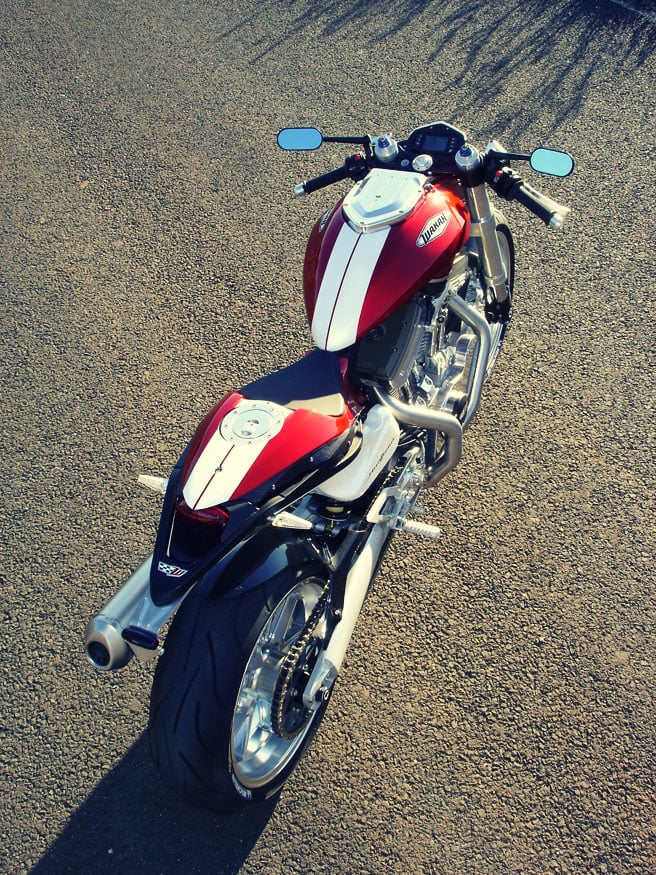 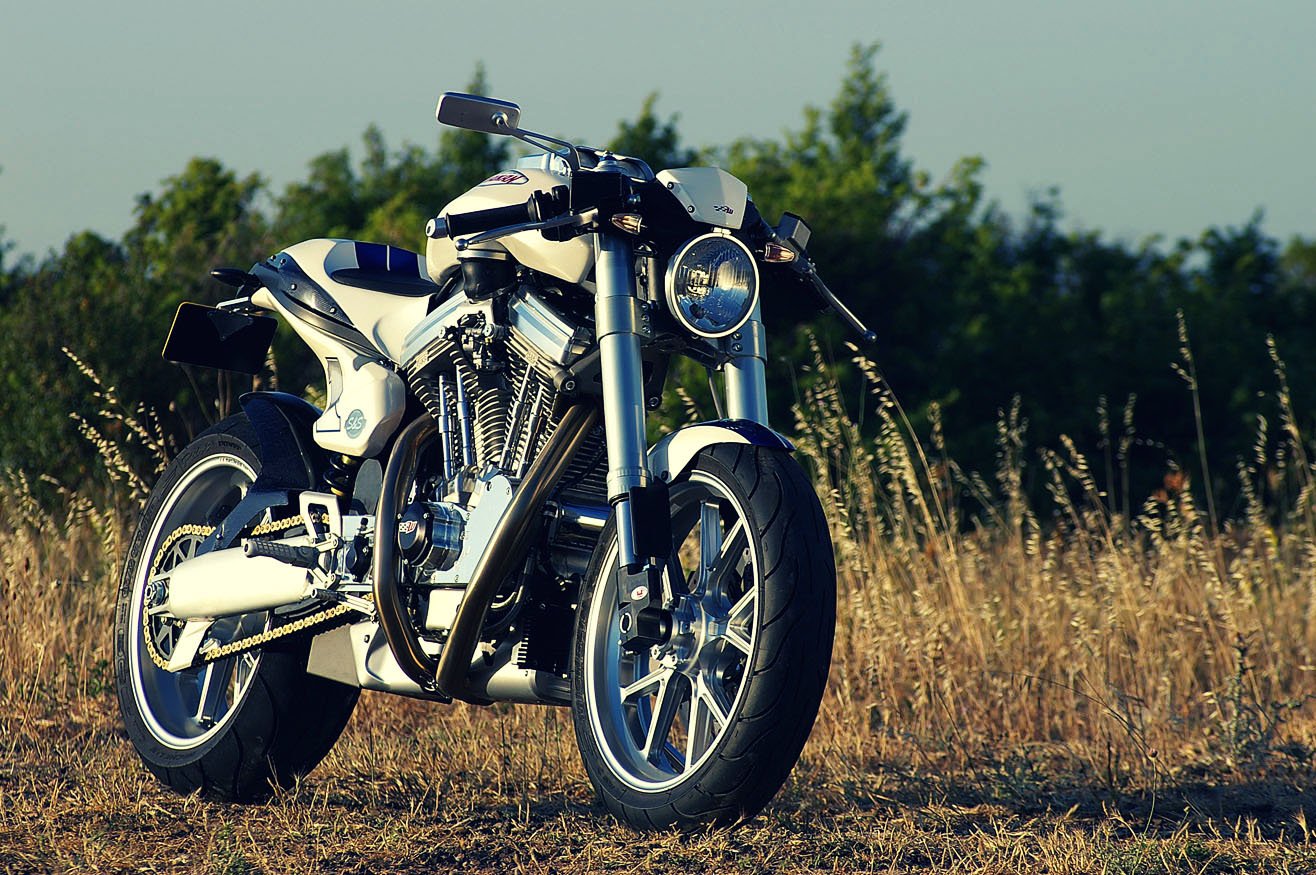 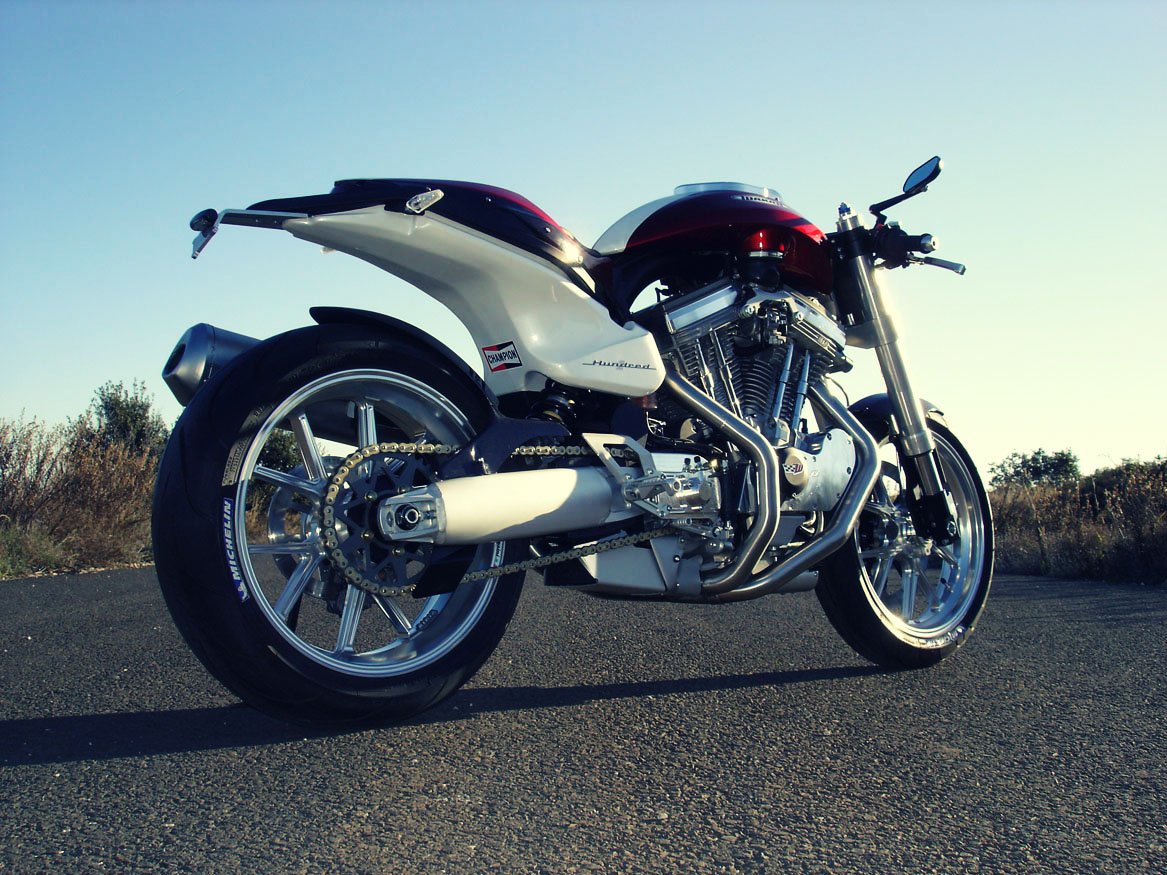