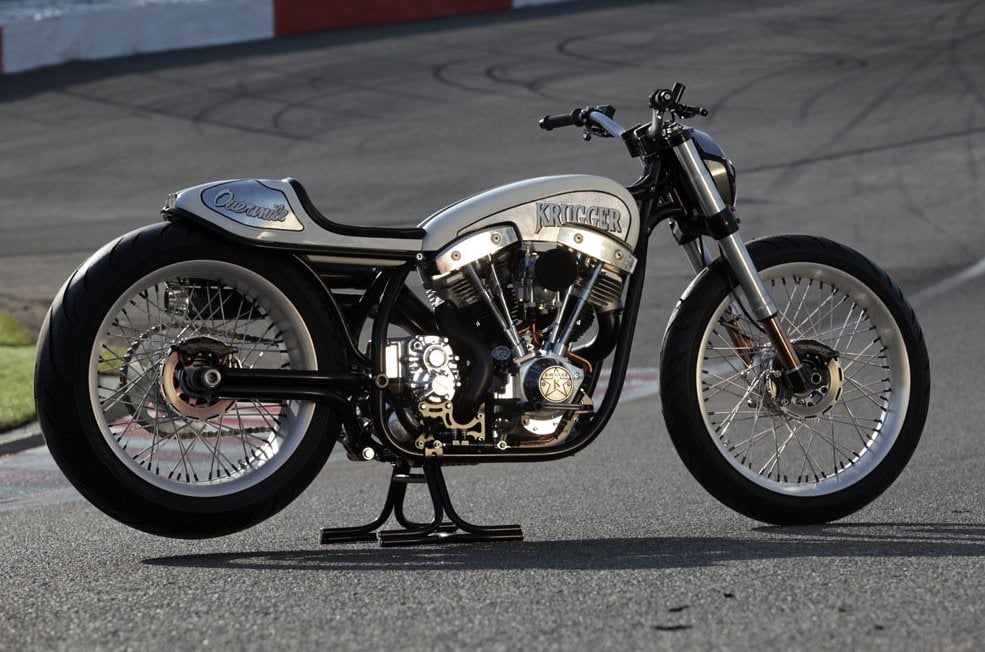 Fred Krugger is a talented man. We’ve featured his work before with the incredible Krugger Goodwood (seriously, click that link if you haven’t seen it, it’s excellent), Fred’s designs are so iconic you can usually tell a Krugger motorcycle at 30 paces, long before you can read the name on the fuel tank. This is a talent not many bike builders can claim.

Fred wanted to create a motorcycle that would evoke memories of the classic Harley-Davidson XR750, a racing motorcycle so well loved that there are entire communities dedicated to keeping them running even today. The Krugger Overmile runs a 103 ci (1700cc) S&S V-Twin driving the rear tire through a 6-speed Baker PowerBox with overdrive, though no specific power numbers are listed, you can bet they’ll be high enough to get you into serious trouble. 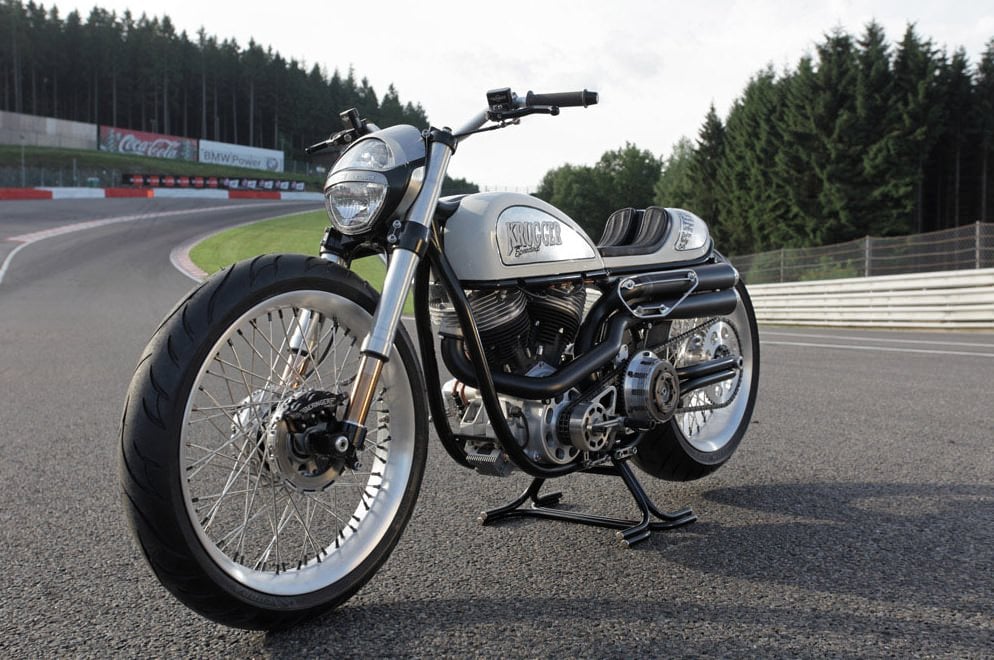 For me, the most eye catching element of this build were those fantastic disc brakes. They’re so small it looks at first glance as though the bike is without brakes at all, the small Beringer callipers don’t provide asphalt tearing stopping power however the original Harley XR750 had no front brakes at all, with rear brakes listed as “optional”.

The Overmile took 3rd place in the 2009 AMD World Championships, although of all the bikes in the competition that year, this is the one I’d most like to take for a spin around that Austin F1 track.

If you feel so inclined, you can buy the Krugger Overmile here. 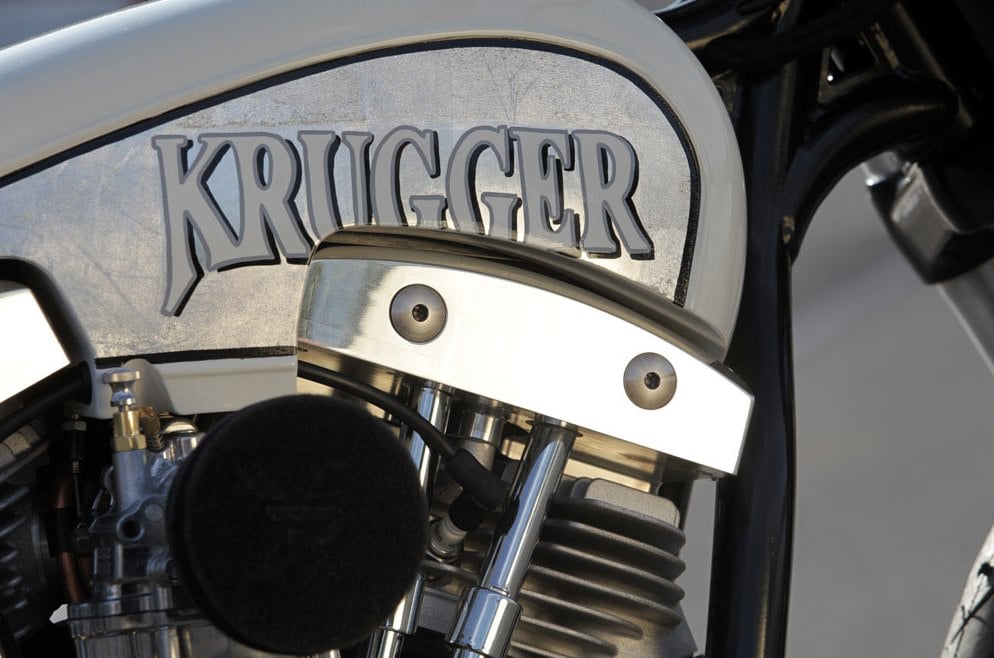 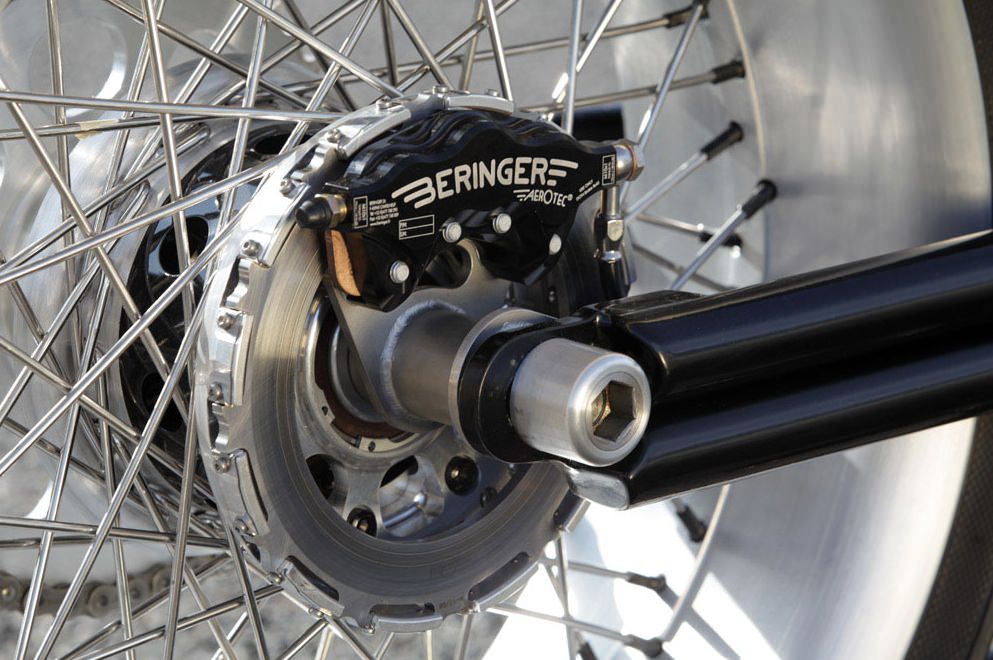 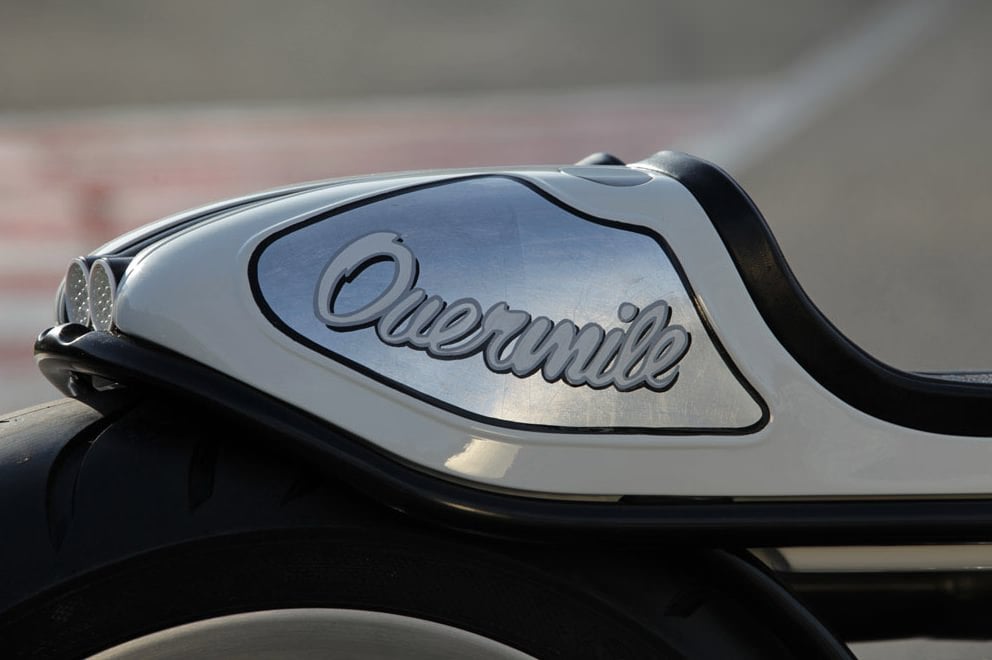 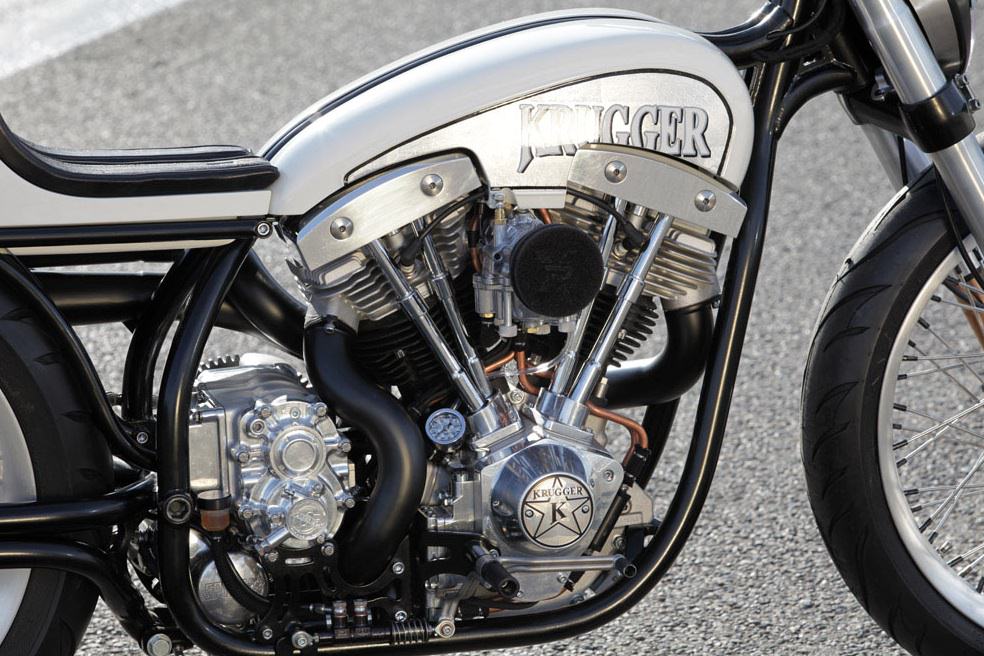 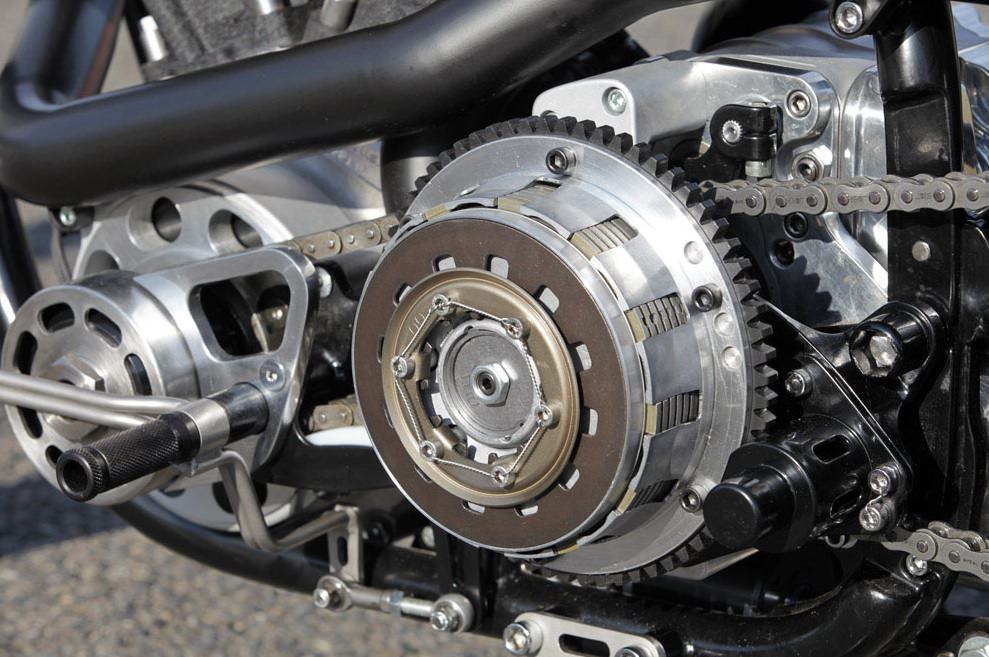 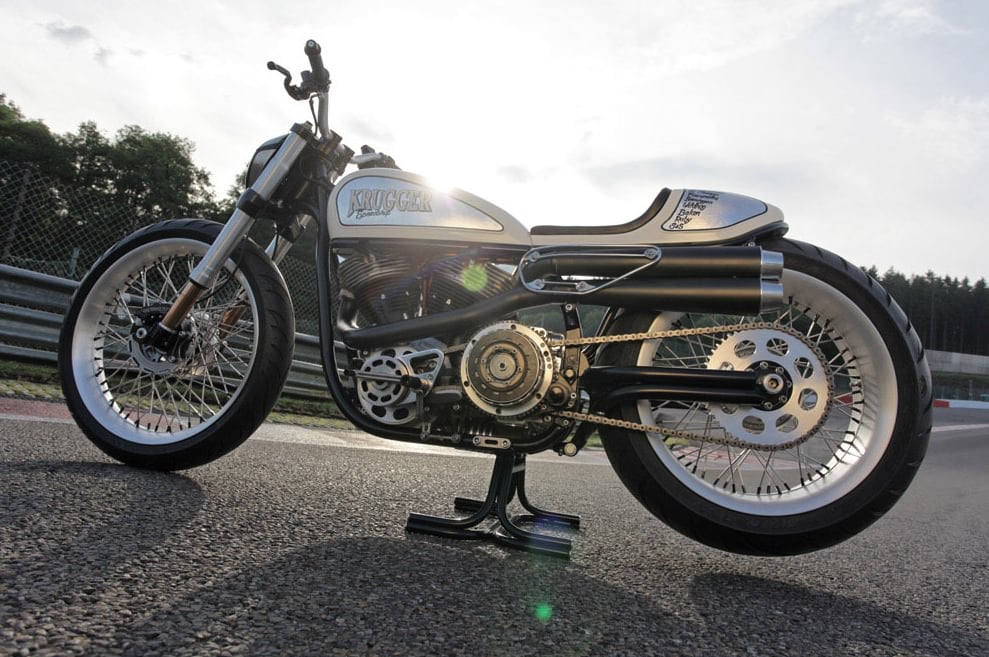